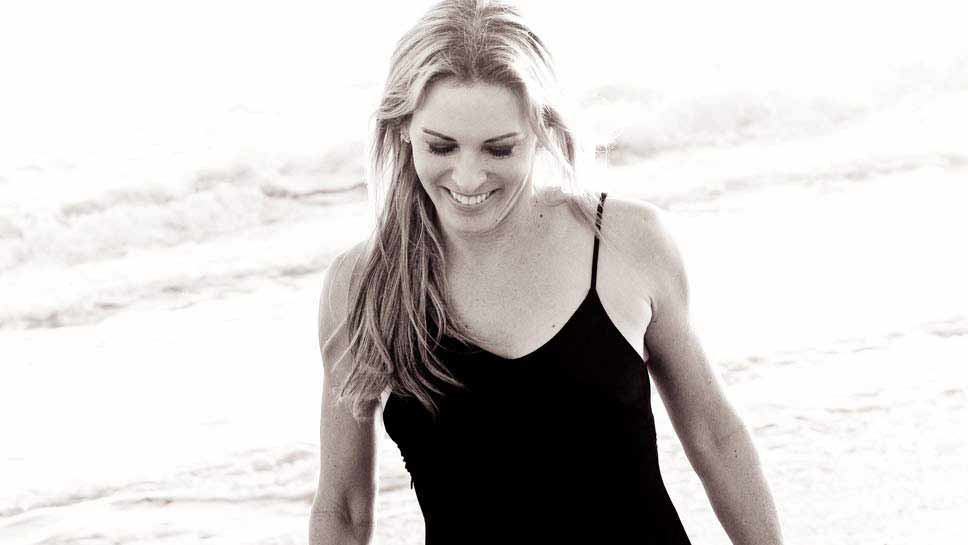 Three-time Olympian Suzy Favor Hamilton had it all: World-class running talent, a loving husband and daughter, and careers in real estate and public speaking. She also suffered from bipolar disorder, though it was undiagnosed for much of her life. Now 48, self aware and managing her illness, she will share her story at the Heroes of Mental Health Gala benefiting the National Alliance on Mental Illness (NAMI) Cook County North Suburban affiliate on April 22 at the Glen View Club.

Plagued with undiagnosed mental illness since childhood, Favor Hamilton struggled with family relationships, inability to focus, anxiety, depression, and suicidal tendencies and attempts. For much of her life, her “family pretended to be normal, I kept it all in, and those around me ignored the warning signs and family history,” she said.

“I believe running saved my life. It was my coping mechanism going way back to childhood,” she said, noting it calmed her and allowed her to focus. In addition to three Olympic Games, she was a nine-time NCAA champion, three-time U.S. record holder, and seven-time national champion.

Despite running, her seams eventually burst. Favor Hamilton said she intentionally fell and ruined – and not for the first time – a major race, the 1,500-meter final at the 2000 Sydney Olympics. She was diagnosed with sports performance anxiety, but given no treatment.

In 2005, married to an “amazing, laid-back and as-patient-as-they-come” husband and with a baby daughter, she again had it all — undiagnosed mental illness included. She fell back into strained relationships, anxiety, malaise, depression, and suicidal tendencies, but thoughts of her daughter pulled her to safety.

“I was first misdiagnosed with postpartum depression shortly after the birth of my daughter,” she said. She was prescribed antidepressant medication but the side effects were awful. Favor Hamilton stopped taking them and regressed.

She said a new antidepressant around the time of Suzy and Mark’s 20th wedding anniversary in 2011 managed her depression and anxiety but side effects included reckless behavior and sexual deviance, which led to her becoming one of Las Vegas’ top escorts in 2012. “The antidepressant made me feel wonderful, but it triggered my mania like never before, and my behaviors changed dramatically,” she said.

When a customer outed her, the story went public. Hamilton barely stuck the marriage out. Favor Hamilton took her mental health more seriously than ever, knowing she had to focus on getting treatment to maintain relations with her family and husband.

“After being outed, I sought treatment, somewhat reluctantly since I did not feel anything was truly wrong with me,” she said. “From that time on, feeling good and gaining control did not happen immediately. That’s not how this works. Recovery took many months.”

In 2013, she was diagnosed with bipolar disorder and received the proper medication, which has helped her recover and heal.

“When I’m struggling, I tend to be more aware these days and know how to act accordingly. I always know it will pass,” she said.

Favor Hamilton said that since she received the proper diagnosis, NAMI has been an important resource for information. “They do a wonderful job on the education and awareness end of things,” she said. The organization focuses on improving the lives of individuals with serious mental illness and those who love and care for them, and she travels to speak to affiliates.

“Through education, my husband was gradually able to focus on my illness as opposed to my behavior. He saw my intent was not to harm him, or anyone else,” she explained. “It’s assuring to be understood and cared for by the people you cherish most.” Her daughter “knows and always will know that her mom is a bit of an oddball, a little unconventional. So we as a family celebrate that. We discuss our problems, feelings and flaws, and we live life to the fullest.”

“Finally, I seem to have my ducks in a row where my illness can be managed,” Favor Hamilton said. “It takes proper diagnosis, medications that work for me, quality doctors and therapists, support, patience and understanding from family and loved ones, an environment that is conducive to recovery. And in my case, exercise – whether it be running, yoga, or hiking – is crucial to help manage my illness and keep my brain level.”

Now living in Manhattan Beach, CA, Favor Hamilton is a yoga instructor and casual runner soon to have knee surgery. She runs “for the joy of it. What it does for my mind. It’s a remembrance of why I got into running in the first place as a child. Because it just made me feel alive.”