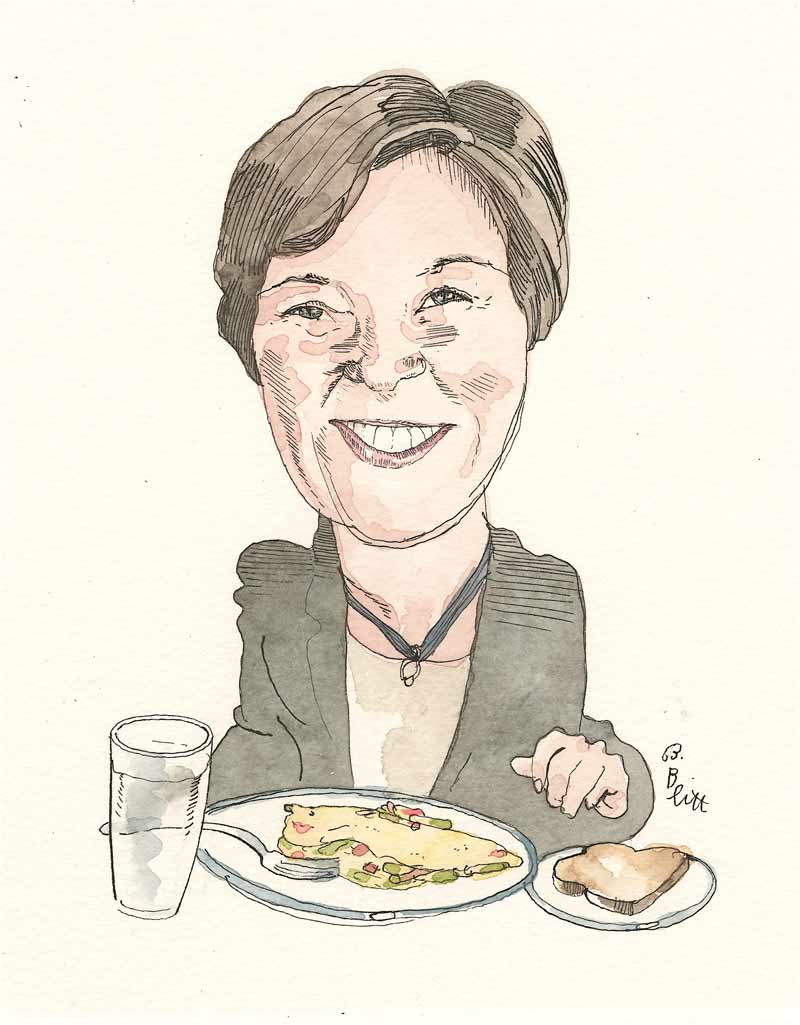 Katharine Yao — born in England and the daughter of a father from Canton, China, and a mother from Elgin — traveled from Wilmette to Lake Geneva, Wisconsin, one weekend as a New Trier freshman in 1983.

An English assignment was on her mind then.

The assignment: describe a place.

“English was a weakness for me,” Yao recalls. “I was getting C’s. My parents had a house in Lake Geneva, and I remember being in the woods there, hanging out near a ravine. It was peaceful, beautiful.

“I chose to write about that place.”

Yao wrote and turned in the assignment.

Her teacher read it and loved it.

The girl with a combined three A’s in her first and last names — the same girl who would become a woman with “M.D.” after her last name — received an A for painting vivid images with words.

“I’ve brought that up, my struggles with English and writing, with one of my sons, my seventh-grader,” says Dr. Yao, now a Winnetka resident and Chief of Division of Surgical Oncology (specializing in breast cancer) and Vice Chair of Research and Development at NorthShore University HealthSystem in Evanston.

“And he sees me write when I’m at home.”

There’s a powerful lesson there.

On May 3, after an event at Highland Park Country Club, Yao will have something to write home about — her appearance as the honoree at the 21st Annual Myra Rubenstein Weis Benefit. Myra — a highly active member of the Highland Park community, with an infectious spirit — lived for 10 years after a diagnosis of breast cancer in 1980. Her sister, Eileen Rubenstein Goldstein, and her brother-in-law, Paul D. Goldstein, M.D., co-founded the Myra Rubenstein Weis Resource Center. Funds raised at “The Future of Medicine is YOU” benefit in May will aid the Living in the Future (LIFE) Cancer Survivorship Program, including sponsorship of the free Myra Rubenstein Weis Cancer Survivorship Seminars.

Among the subjects presented in the seminars: the burgeoning field of personalized medicine.

“I decided to focus on breast surgery because the field has made such huge advancements, mainly based on research that has been conducted in the field,” says Yao, 49. “And we use these advancements in the clinic every day — and I really like that aspect of breast surgery.

“The study of genomics [mapping of genomes], at least in oncology and in breast cancer specifically, is going to be most important [in the field],” she adds. “And we need to come up with targets for therapies. NorthShore has really taken the lead in genomics, so I feel fortunate to work with experts in this research.”

I feel fortunate to be where I am on this morning, sitting with Dr. Yao for breakfast at Walker Bros. Original Pancake House in Wilmette. She is pleasant and professional and knowledgeable, or the top three qualities you’d want your doctor to have. Before her order of the Asparagus Garden omelet (with a side of wheat toast) arrives, she discusses the first day of her life. Yao was born in St. Mary’s Hospital in London. None other than Prince William was born there, too.

So was Prince Harry. And Prince William’s children, Prince George and Princess Charlotte.

Yao’s father — James, a vascular physician — was in the UK with his wife, Louise (a nurse), and taking courses toward his Ph.D. at the time of Katharine’s birth.

“My father had an early influence on me and my decision [to pursue a career in medicine],” says Yao, a 1986 New Trier graduate who attended the Southern Illinois University School of Medicine and completed her residency at the McGaw Medical Center of Northwestern University in 2001. “I remember dissecting a frog in the fifth grade and finding it interesting. I always liked math and science in school, and I enjoyed seeing the heart exhibit at a museum in Chicago.”

Yao married Dr. Kent Perry, a urologist, and they have three children (ages 7, 11 and 13). A former soccer and volleyball player at New Trier, as well as a layout editor for the school’s yearbook in her senior year, Yao could not be happier than she is now as a North Shore resident.