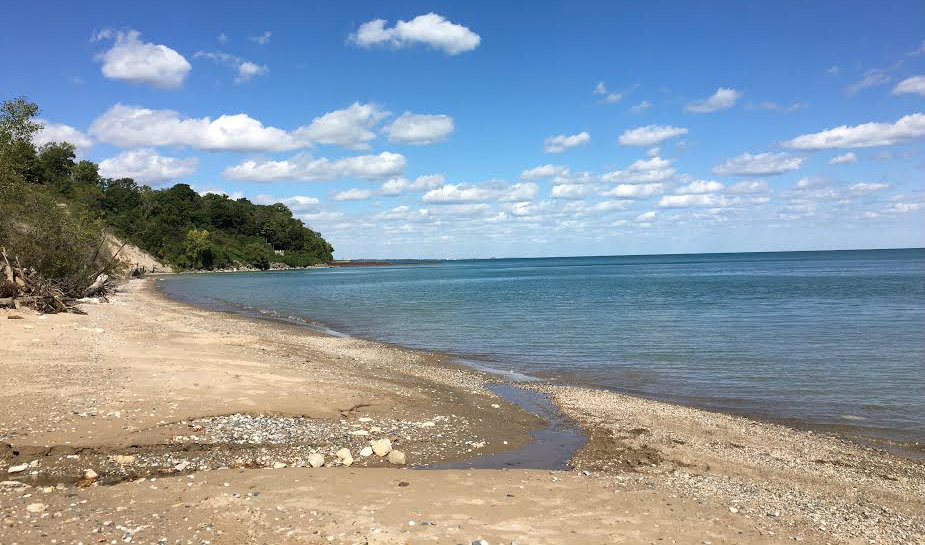 LAKE FOREST — A small part of the McCormick Ravine on the northern portion of the former Ft. Sheridan was a military landfill.

The rest of the ravine was in a state of natural disrepair overgrown with invasive species and the inability to sustain some of the life intended to be there.

They are now a natural ravine.

A partnership of the City of Lake Forest, Lake Forest Open Lands and two offices of the Army Corps of Engineers returned the ravine to its nearly natural state over the last nine months with only some planting remaining to complete the job.

Discussions took place for a number of years but things started coming together two years ago, according to Chuck Myers, Lake Forest’s superintendent of parks and forestry. That was when the Army Corps office in Nashville was ready to deal with the landfill and the corps’ Chicago location was ready to act on the rest of the ravine.

Since the 1940s, the United States Army was filling a portion of the ravine with garbage, according to Myers. It continued into the 50s.

“That’s when they capped it,” said Myers. “For the last 10 years the (Environmental Protection Agency) and the Army Corps had been talking about doing something.”

While the landfill portion of the ravine was capped, Myers said the rest of it continued to deteriorate.

“We had two very different projects and something needed to happen with both,” said Meyers. “We had to work with two different offices of the Army Corps. We needed a major strategy to look at the restoration of the ravine.”

Enter Open Lands. The organization has the resources and expertise to oversee the project. Meyers said the city traded Open Lands the ravine for the city’s park on the southeast corner of Green Bay and Deerpath Roads. No money was involved.

The city remained active with some of the coordination of the project dealing with the governmental agencies, according to Myers. Open Lands got involved overseeing returning both the landfill and the rest of the ravine to its natural state.

“This is a really creative land preservation and restoration,” said Ryan London, the preservation programs director for Lake Forest Open Lands. “We will own 60 of the 61 acres of the site. McCormick Ravine is one of the great ravines on the Great Lakes.”

London said the remaining acre is a children’s summer camp operated by the city.

Along with working with the Chicago office of the Army Corps of Engineers turning the landfill into part of the nature preserve, Myers said the bulk of the ravine needed help too. For that the city and then Open Lands worked with the Army Corps’ Nashville office. That project was part of the Great Lakes Fish and Coastal Restoration.

“This goes all the way to the mouth of the ravine where it goes into the lake,” said Myers. “Fish will be able to swim in the ravine in the spring when there is water there.”

After the invasive species including dead ash trees were removed and the area cleared out, native plantings like oak trees took place, according to Myers. He said more planting will go on for the next five years until the restoration is complete.

When done, London said the ravine and bluff will have a stable slope. There will be new trails and bridges for people to traverse the park. It will also benefit the environment in the future.

London said the project will be known as the Jean and John Greene Nature Preserve at McCormick Ravine. He said the Greenes made a substantial donation toward the project. 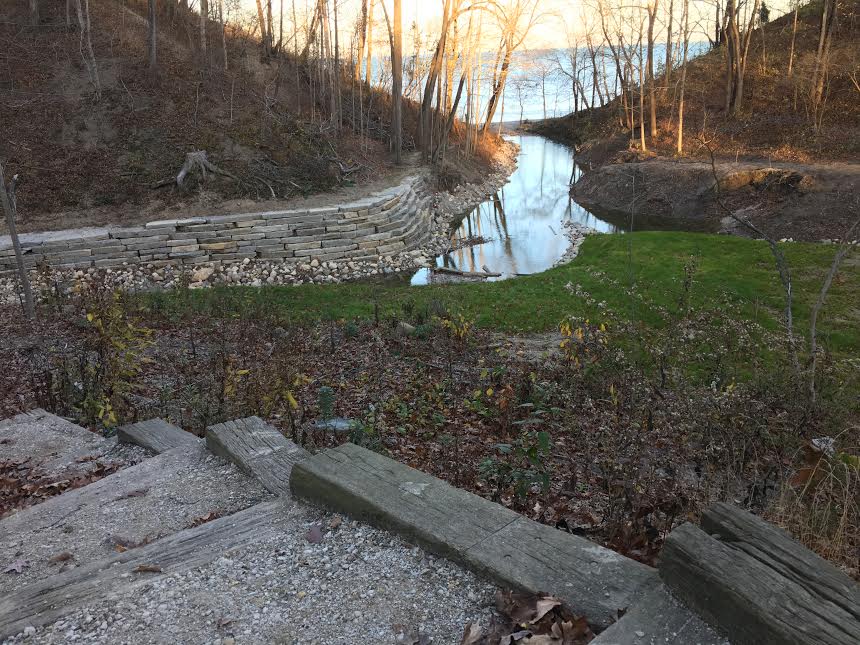 Trails, paths and steps were added to McCormick Ravine as part of the project. Photo courtesy of Lake Forest Open Lands.