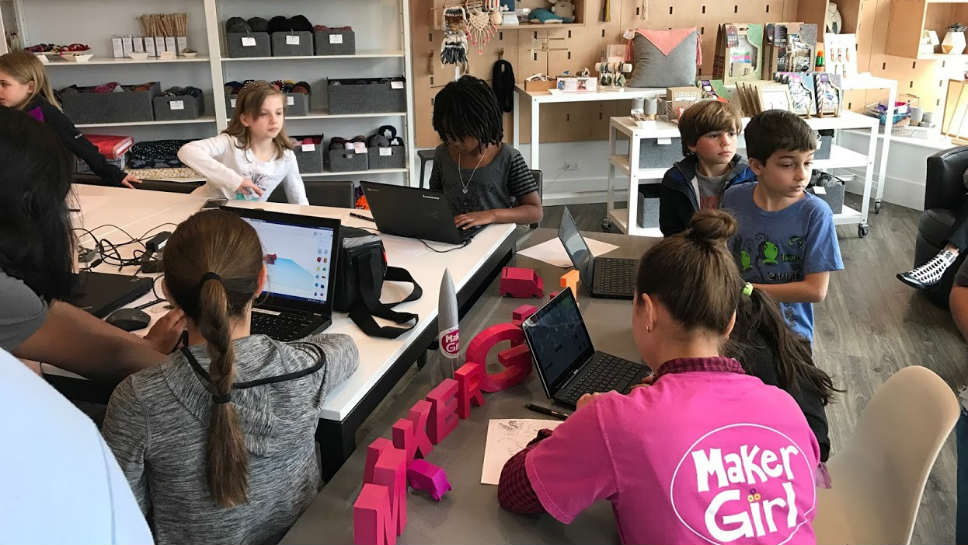 The MakerGirl University of Illinois STEM instructors work with kids at Workshop.

“MakerGirl is a great organization,” said Alyse Gamson, owner of Workshop. “It’s a grassroots chain with young women from the University of Illinois who came together to educate seven to 10-year-old girls on STEM (Science, Technology, Engineering and Mathematics) through 3D printing workshops.”

Gamson said Workshop is a makerspace that focuses on fiber arts and handmade crafts, but she always wanted to become involved in technology, and was concerned about the expense of 3D printers and lap tops. When she heard MakerGirl was doing mobile 3D printing workshops and could bring the equipment to Workshop, she had them come to the March 18 sold out event.

“It was really a great partnership between what we do and what MakerGirl does, because we’re all about empowering girls and we want to create a great environment by teaching confidence,” said Gamson. Workshop also has many projects for boys.

Gamson explained that Workshop’s passion about STEAM (STEM with art) education and the maker movement is another commonality with MakerGirl, utilizing different methods. “We’re imagining and creating things out of all sorts of materials, but not technology – unless you count sewing machines.”

Although April 1 will be the one-year anniversary of Workshop, Gamson said many people still don’t know that it exists. Workshop is located on the former site of Menchies, 1929 Sheridan Road, which was renovated last summer.

“We turned it into this really beautiful, inspirational makerspace for kids and adults,” she said.

Gamson said one of her favorite adult events was a macramé master class that was hosted by the Urban Macramé Fibers last fall. She explained that the traditional craft of macramé was having a “renaissance.” The women added to the festivities by bringing wine and a sushi platter and the event sold out immediately.

Gamson’s husband, Mike, grew up in Highland Park, where they returned to raise their family. She realized that there were many people in the community who enjoyed crafting and began having “girls night” at each other’s houses where friends would bring over craft supplies and a bottle of wine. This ignited an idea to open Workshop.

“To have a studio in my community was one of my goals,” said Gamson. “I always wanted to bring art and learning to the community. I have three kids under nine and the decision to open Workshop was born. I want people to think of Workshop as a home away from home using our studio as a place to gather and create. It’s been really fun.”

Gamson said that in addition to his day job, her husband has been a huge help with marketing, communications and business planning. “Mike’s a silent partner that works for free,” she said.

The Gamsons live near Indian Trail Elementary School, which is walking distance from Workshop’s after school classes. “This past winter I wanted to offer STEAM inspired classes and one of them was about tinkering and experimenting and my two boys took the class with a group of their friends,” she said. “I was so happy to share that experience with them.”

Gamson explained that Workshop has holiday camps that coincide with school vacations. The spring break camp will run Monday, March 27 through Friday, March 31. Every day will feature a new craft with a morning and an afternoon session. Gamson recommends signing up ahead of time at http://www.workshophp.com.

The spring session for after school classes will begin the following week on Monday, April 3, and weekends at Workshop are always popular for birthday parties and special events, Gamson added.

“One of my favorite things is that people have these preconceived notions of not being crafty, but when they come in to create something and they’re not afraid to make a garment from scratch without prior sewing experience, or make mistakes by experimenting with different materials, it’s so rewarding,” said Gamson. “The same is true for kids and adults. You always leave Workshop with something you’re proud of.” 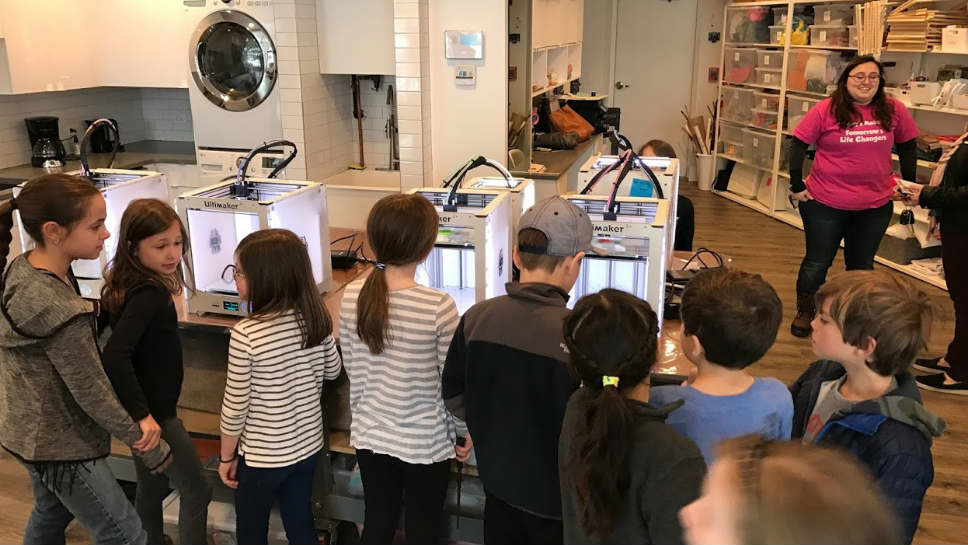 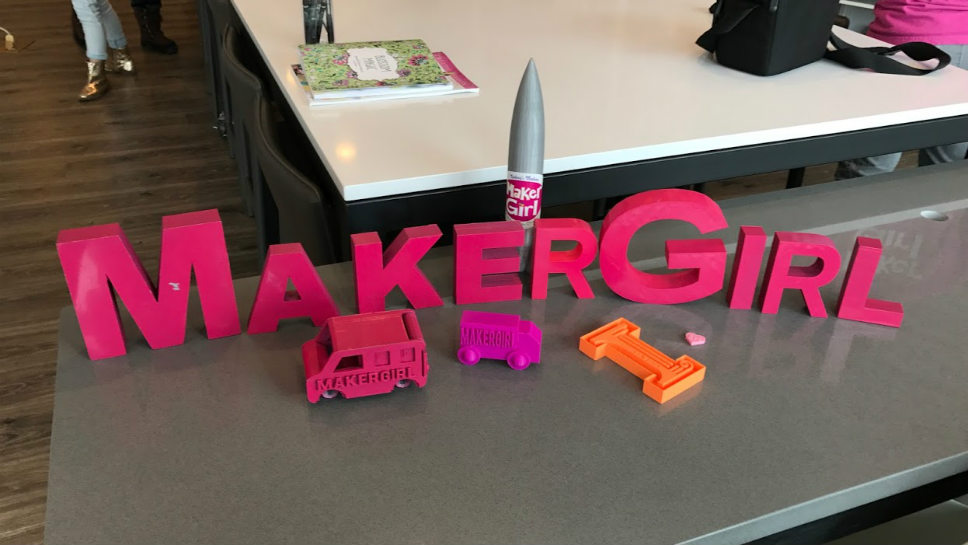 The MakerGirl letters, rocketship and trucks were designed utilizing the 3D printer 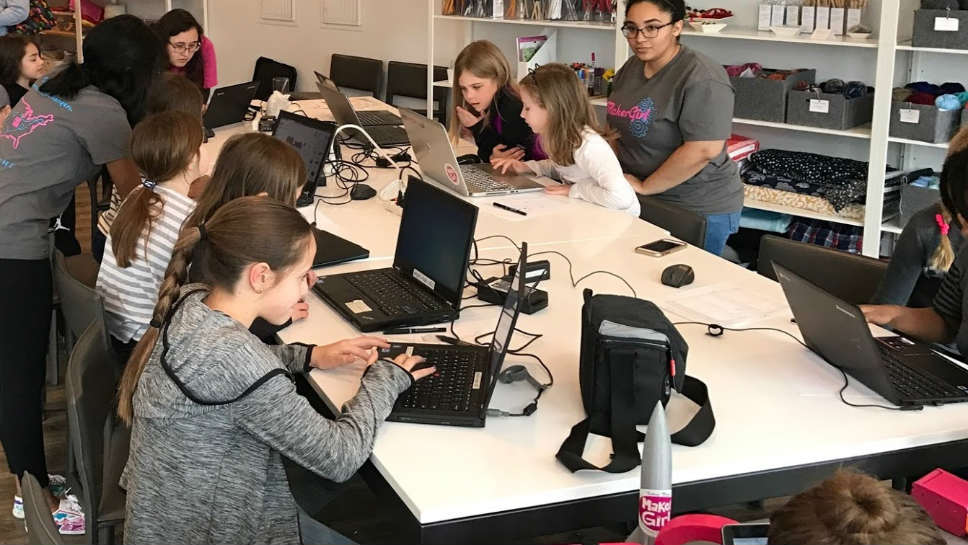 The MakerGirl Event at Workshop; all photos courtesy of Workshop