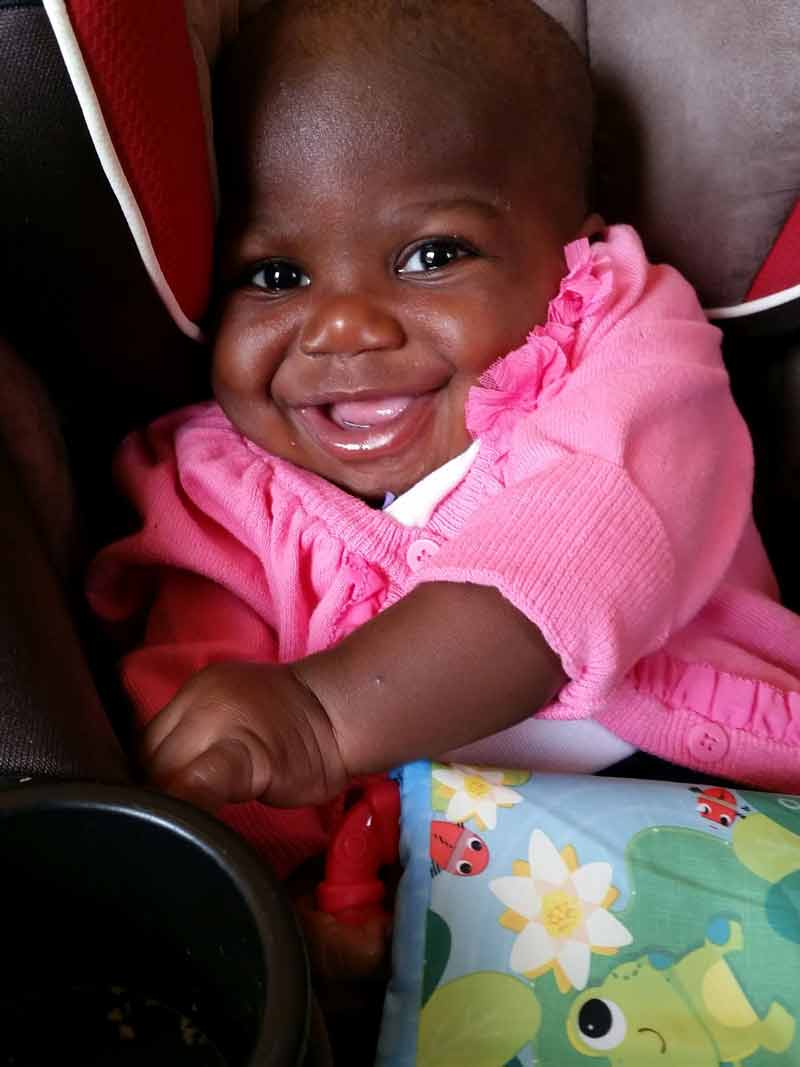 Dominique is recovering with a foster family in Chicago after undergoing a life-changing, six-hour surgery that removed a parasitic twin from her spine.
PHOTOGRAPHY COURTESY OF Advocate Children’s Hospital

Dr. Frank Vicari and Dr. Eric Belin had reservations when asked to operate on an infant who was born with the limbs of an incompletely formed twin protruding from her neck and back.

“It was very unfamiliar. I winced a bit when I was trying to decide whether to take the case on,” said Dr. Belin, of Glencoe, who is a pediatric and adult comprehensive spine surgeon at Illinois Bone and Joint Institute and Advocate Children’s Hospital in Park Ridge. “[But] when you see the clinical picture, and see this baby with these limbs coming off the spine, you realize that this is someone we have to help.”

Drs. Vicari and Belin did take on the case — and with a team of 50 clinicians on March 8 performed a successful, life-changing surgery on the baby at Advocate Children’s Hospital.

Now 10 months old, Dominique was born with a parasitic rachipagus conjoined twin — an incompletely formed twin joined to her by the vertebral column — and her twin’s not-fully-developed body of a bladder, spine, waist, legs and feet, with the appendages protruding from Dominique’s neck and back. 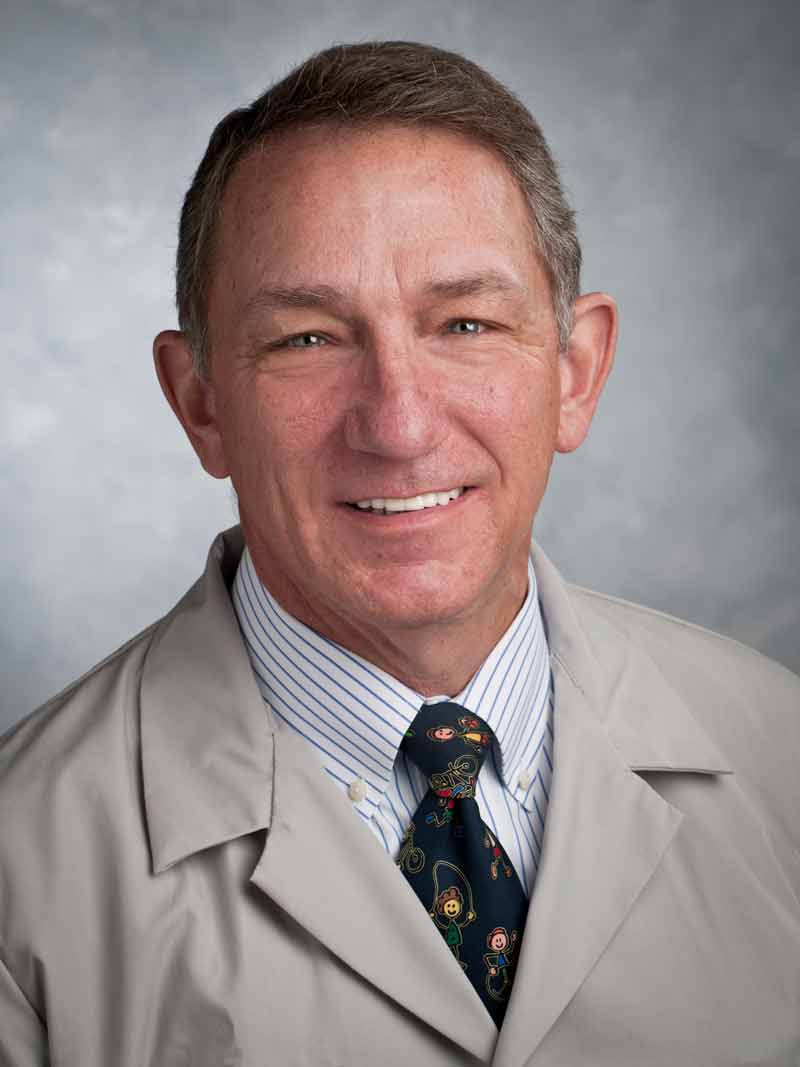 “Nobody’s done a lot of these,” added Dr. Vicari. “Personally, this is my second conjoined twin.”

His first, performed many years ago at Children’s Memorial Hospital, is now a healthy young woman with a career.

Given an age and photos and virtually no medical information, Ruge needed to ascertain if successful surgery was possible.

Advocate Lutheran was on board.

“At that point, we brought in the team that we needed, met the child and decided we still needed more information,” said Dr. Vicari. 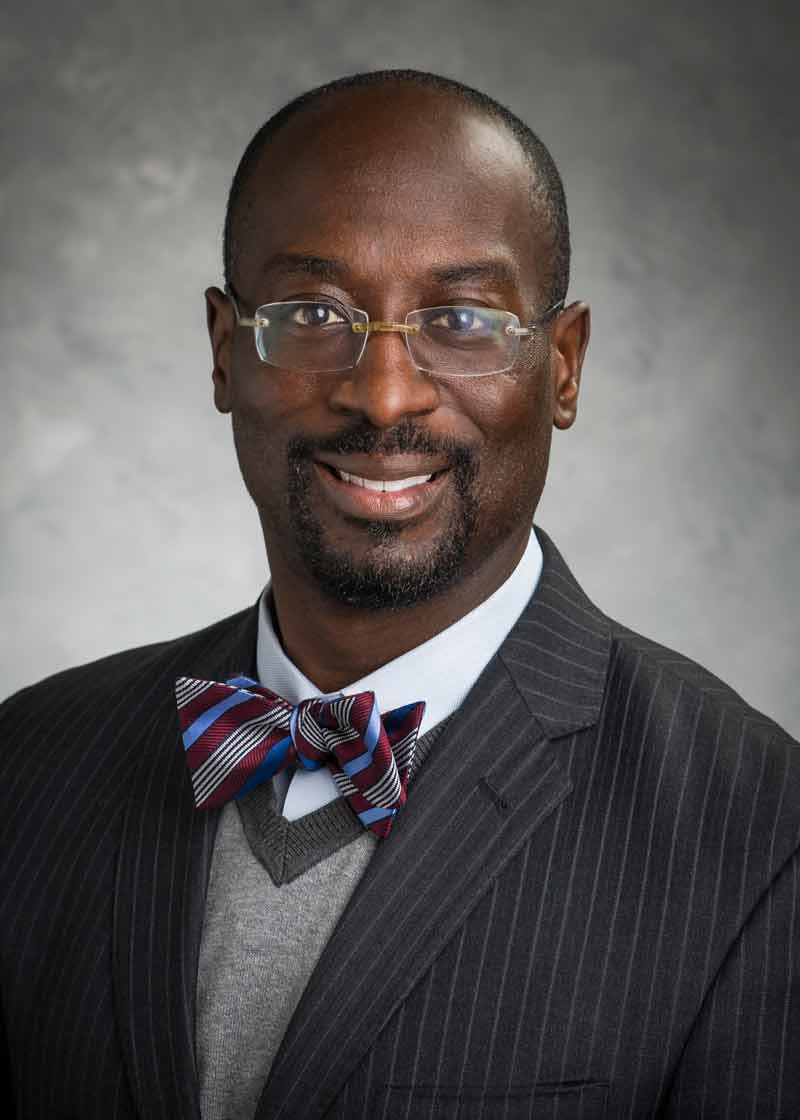 “She had a parasitic twin’s pelvis attached to her cervical and thoracic spinal columns, each with its own spinal cord,” explained Dr. Belin, noting that in addition to removing the extra limbs and incomplete or “hemi” pelvis, the spinal columns merge in the lumbar region, all of which made for an extremely complicated situation.

“Her columns [also] were not completely formed; the posterior sides were missing significant bone, and the pelvis was attached to the posterior,” he said.

The team designed 3-D models of Dominique’s unique anatomy, explained Dr. Belin, who then did a mock surgery and resection on the model with a special ultrasonic scalpel. At different times, they had to stop and analyze the situation.

“On the model, you were able to see the [blood] vessels and nerves, and so I sat down with a radiologist and looked at images to map out where those flow, in order to identify where my cuts would be,” Dr. Belin said.

A month of research, study and planning went on in advance of Dominique’s surgery. These two experts, along with anesthesiologists, a general surgeon, micro surgeon and dozens more, were ready for anything during the intensely focused, six-hour operation.

“You can’t see anything but the scar on her back,” he shared.

After nothing less than a remarkable and successful surgery, Dominique went to recovery. Five days later, on March 13, she went to her foster home with the Swabbs.

She’s coming back next week, said Dr. Belin, and the team will see how she’s adapting.

“From a medical perspective, she doesn’t have what anyone would call perfectly normal anatomy — but she’s healthy,” Dr. Vicari said. “She’s seems to be appropriate for her age.

“I don’t know if any of us can know how her native anatomy, which is still abnormal — she has two spinal columns laterally conjoined —is going to work in the future, but it seems to be working now,” Dr. Vicari added.

Despite her two spinal cords, Dominique should be able to grow and live whatever her normal life is going to be. She won’t need physical therapy in Ivory Coast, although they recommend pediatricians there document her growth to help ensure she meets normal developmental milestones of any child and keep an eye out for spine-related symptoms.

Dominque will fly home in the coming weeks to reunite with her parents and sisters at the airport in Abidjan, Ivory Coast. 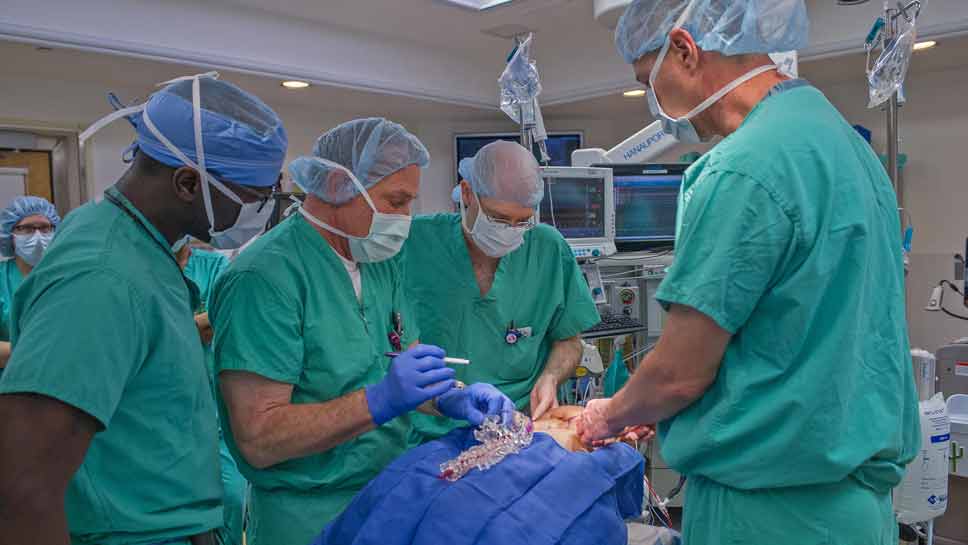 The team from Advocate Children’s Hospital in the operating theater. PHOTO COURTESY of ADVOCATE CHILDREN’S HOSPITAL