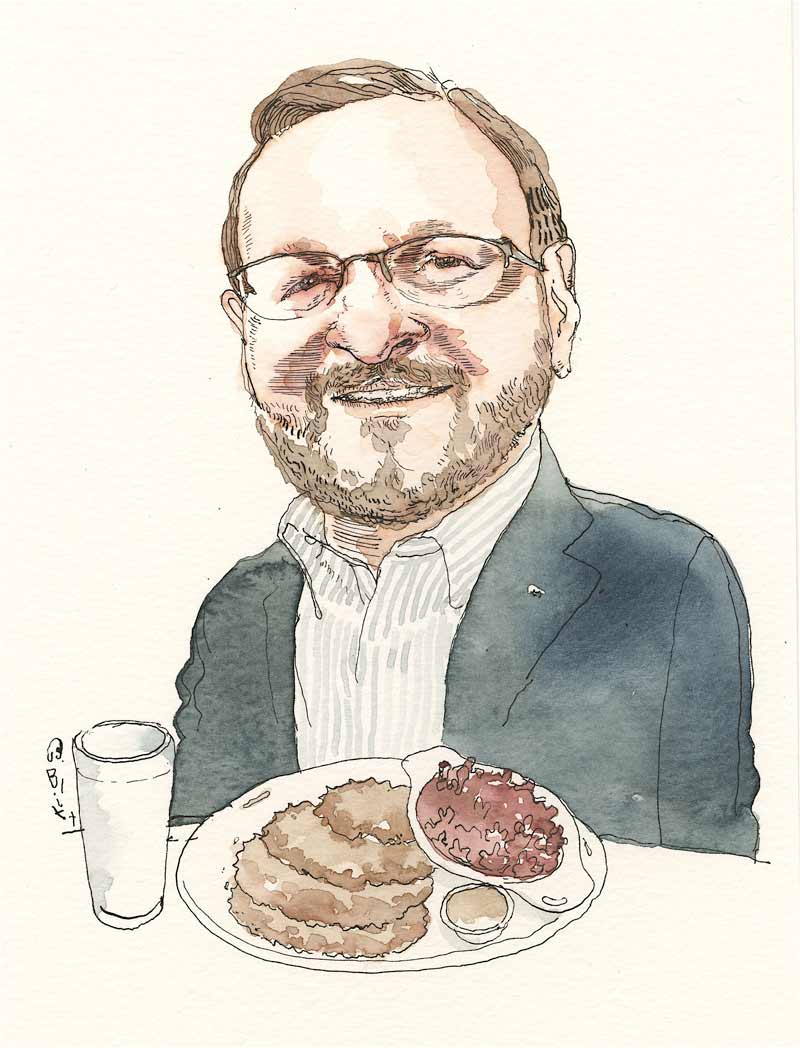 Wayne Messmer wakes up each morning and wonders, When does it happen today?

“It” could be the moment he makes the hearts of spectators swell as he sings The Star-Spangled Banner at a sporting event.

“It” could be the look of understanding he receives from an attendee at a retirement planning session that his company, Wayne Messmer & Associates, holds at a venue in Chicagoland.

“It” could be when he gets down on all fours and lets one of his grandchildren feel like the Lone Ranger.
Or “it” could be during a conversation he strikes up with a stranger and learns about an issue from a different perspective.

“I live in the moment with eyes wide open,” says the 66-year-old Messmer, a Glenview resident, a part owner of the Chicago Wolves minor league hockey team, a professional speaker, a local theater actor and a host of a weekly jazz radio show on WDCB Public Radio (90.9 FM) — to name some of his way-too-many-to-list endeavors.

Messmer will sing The Star-Spangled Banner at the Chicago Cubs’ season opener at Wrigley Field next month for the 33rd year in a row. Thirty-three also happens to be the number of years he’s been married to a soprano named Kathleen, who met Wayne, a baritone, when both were cast members of Kiss Me Kate at Theater on the Lake in Chicago.

Guess where they had their first kiss?

My busy breakfast partner chuckles — even his laughter sounds Carnegie Hall-worthy — as he discusses his love for standup comedians and sarcasm and satire. He had ordered potato pancakes (“Crispy on both sides”), apple sauce, a side of corned beef hash and a glass of two-percent milk at Walker Bros. Original Pancake House in Glenview.

He turns serious shortly thereafter. The topic of what happened to him on the night of April 8, 1994, surfaces. Messmer had sung The Star Spangled banner before a Chicago Blackhawks game at Chicago Stadium and was returning to his car after eating at a restaurant on the West Side. He noticed a 16-year-old male as he approached the driver’s side door.

“In the hospital, I couldn’t make a sound with my voice,” he continues. “I started experiencing rage, before thinking, What could I possibly do to get even? But then I eventually realized the best antidote for revenge is forgiveness.”
Messmer’s windpipe was damaged, and he’d suffered a paralyzed vocal cord. A doctor told him he would need a year and a half of therapy for a full recovery.

Messmer sang again six months and five days after the attempted robbery. Spectators heard his powerful rendition of The Star-Spangled Banner again before a Wolves game at the Rosemont Horizon (now Allstate Arena).

Every April 8, Messmer makes sure he’s booked to sing something somewhere to mark his triumph over evil. Last April 8 he sang The Star-Spangled Banner before a South Bend Cubs minor league game. (It won’t be long before he performs his 5,000th career national anthem).

On Oct. 30 last year, Messmer began his day with a visit to a local restaurant, where he sang Show Boat songs for a woman celebrating her 70th birthday. He then sang the national anthem before a Cleveland Monster-Chicago Wolves afternoon game in Rosemont. His big day featured another stop at another sports venue: Wrigley Field.
Another Cleveland team was in town: the Indians.

Indians-Cubs, Game 5 of the World Series.

Messmer sang God Bless America and The Star-Spangled Banner at the night game.

“That was a very personal day for me,” says Messmer, who has two grown daughters and four grandchildren. “That morning, when I got dressed, I chose to wear my buffed-up black Florsheim shoes — the same shoes I’d worn on the night I was shot.”
The Chicago Kelly High School graduate and former longtime Chicago Cubs public address announcer is due to receive his 2016 World Series ring in April. He played baseball when he wasn’t wrestling at Kelly HS, hoping to field the second-base position like Nellie Fox did for the Chicago White Sox.

Wayne and Kathleen have joined vocal forces innumerable times as national anthem singers before crowds at baseball, football and hockey games. Kathleen is a member of the all-female Melodeers Chorus, a seven-time international gold-medal winner.
“When I sing with my wife, my heart beats with hers,” he says.

An avowed “TV junkie”, Wayne Messmer recently watched and heard ageless Tony Bennett sing How Do You Keep the Music Playing? on TV at home.

It moved him — off the couch.

“I jumped off it,” Messmer says. “I had to give him a standing ovation.”