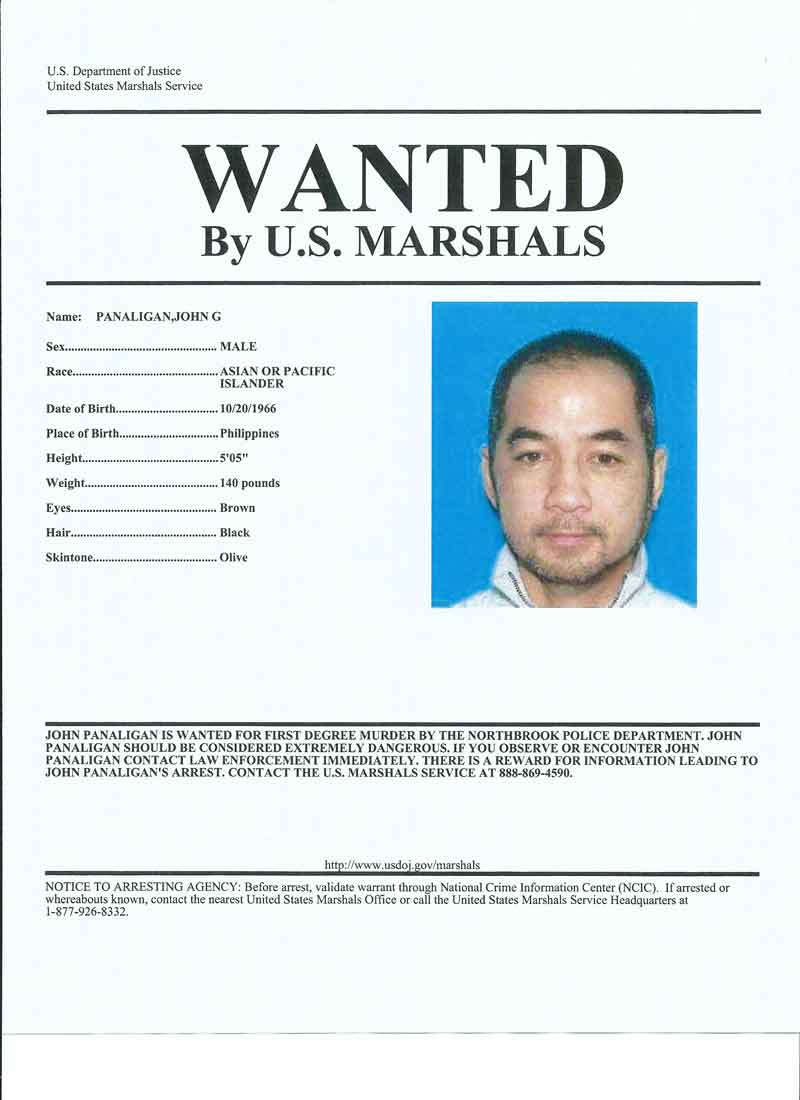 Panaligan, 50, whose last known address is in Aurora, is not in custody and police are uncertain of his whereabouts. The U.S. Marshals Service is offering a $3,000 reward for information leading to his arrest, and can be reached at (888) 869-4590.

“The medical examiner’s office indicated Mr. Patel was a victim of a homicide,” said Wernick. On the same date of the alleged murder, Wernick requested assistance of the North Regional Major Crimes Task Force (NORTAF), which “responded immediately and proceeded to investigate the death.”

Authorities believe Panaligan is seen in surveillance video from the downtown Northbrook office building that shows a man wearing a trench coat and hat and holding a cane leaving the building. Wernick said police suspect the outfit was a disguise and that the person in the video knew where the cameras were. The chief would not release any other evidence or sources regarding the case, but stated “we have a good, solid case.”

Two months after Patel’s death, a Cook County Circuit Court judge issued a no-bond arrest warrant for first-degree murder. “We never believed there was any threat to the community. This was not a random act. We believed then as we do now that our victim was targeted by Mr. Panaligan,” said Wernick.

A possible motive, said the chief, is that Patel was the attorney-of-record in a case filed against Panaligan’s Naperville-based business, Vital Home Health Care, which operated in numerous states. In a case that lasted more than five years and which Panaligan lost, plaintiffs claimed he robbed them of tens of thousands of dollars and they won awards for breach of trust and fiduciary duty, according to the police chief.

Wernick said the department suspected Panaligan for “quite a while,” that police have had the warrant for his arrest for five weeks, and that “he got out of the area almost immediately.” He would not say why the March 6 announcement was not made earlier.

“We’re actively looking,” the chief added, keeping his cards close to his chest, only adding that they’re working closely with the feds, who did not comment on the case. In addition to NORTAF, the U.S. Marshals Service and Homeland Security are assisting in the investigation and search for Panaligan, who is Asian or Pacific Islander, five-feet-five-inches tall, 140 pounds, with brown eyes, black hair, and olive skin tone.

Surveillance footage of the “person of interest” entering the Shermer Road office building. Photos provided by the Northbrook Police Department. 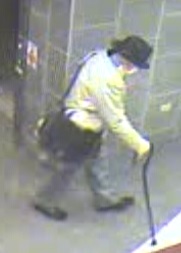 Surveillance footage of the “person of interest” exiting the Shermer Road office building the night of the homicide.