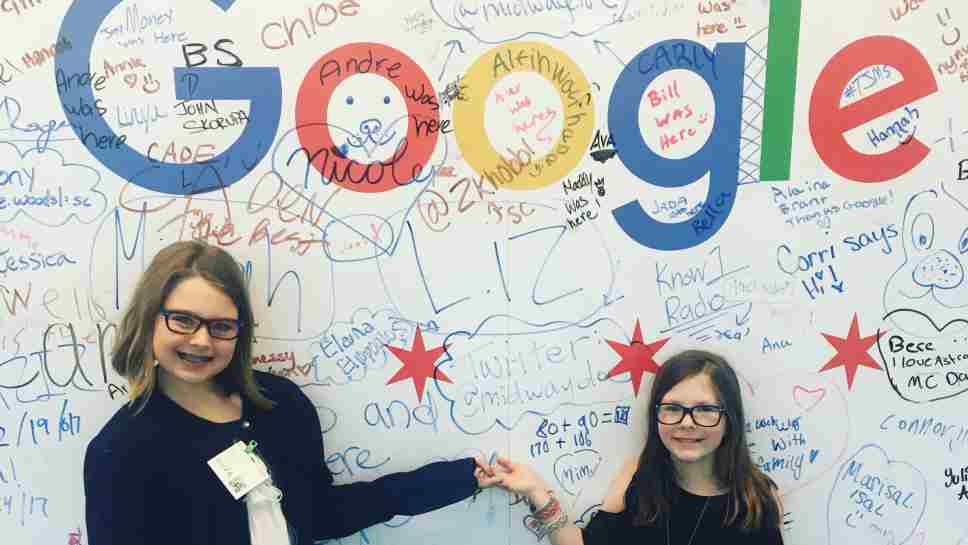 WINNETKA – Skokie School’s maker space is proving to be a hotbed of creativity for Winnetka middle school students with an interest in tinkering. Fifth graders Halsey Dillingham and Mandarin Wallace flexed their creative muscles in the space as newbie filmmakers, entering and winning the grand prize for an elementary school submission in the 2017 Google GEG Chicagoland Filmfest.

“It was amazing and Mandarin and I are so ecstatic. It was so exciting and a real honor,” Halsey said of receiving the award at a ceremony at Google’s Chicago headquarters on Feb. 24.

The best friends embarked on the project on the encouragement of their teacher Kathy McDonough, who oversees the maker space.

“She is so nice and really helped make this all happen,” Halsey said about her teacher.

The theme of the contest was “What is your super power?” and was modeled after the White House Student Film Festival. The girls’ film, titled “Anyone Can Make Anything”, is about all of the interesting work students are doing in the Skokie maker space. The short film — it’s three minutes long — showcases various student projects, as well as Halsey and Mandarin soldering, sewing and using perler beads.

While the topic of their film was inspired by other kids’ creations, they also sought to inspire others to be creative.

“We thought we could make something to inspire people who were afraid to put their work out there,” Mandarin explained.

“We were trying to get the message out that if you want to do something you can make it happen,” Halsey said.

The girls came up with the idea for the film after spending time in the maker space and observing their fellow students’ amazing creations.

“I looked around and I said anyone can make anything and we found what we wanted to do,” Halsey said.

Mandarin was blown away by how another student made a clever fidget toy from perler beads that was actually calming and soothing to use.

Both girls profess a love for the maker space, where they find the freedom to try new things.

“I can just go there and be completely entertained by watching people make things,” Mandarin said.

“I feel empowered that I can make or do anything I want,” Halsey said.

The girls spent mornings and recess in the maker space working on their film for about three weeks.

“It was pretty hard,” said Halsey, who had never made a film of this size before.

While Mandarin had some experience with filmmaking, voice-over narration was a new technique she had to learn.

But both girls said they enjoyed the process and are already looking forward to entering the contest again next year. 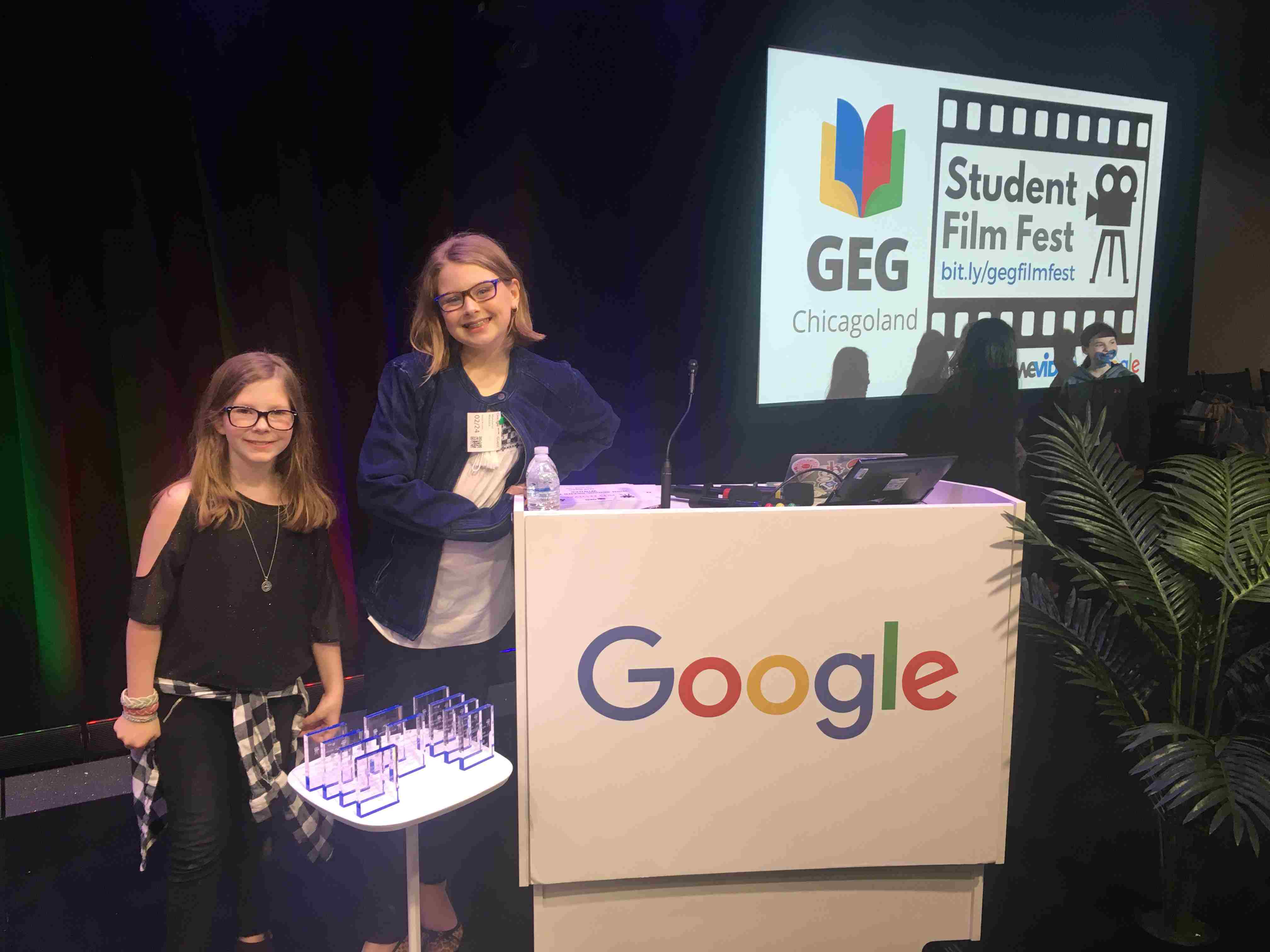 Halsey Dillingham and Mandarin Wallace, fifth graders at The Skokie School in Winnetka won an award at the 2017 Google GEG Chicagoland Filmfest.