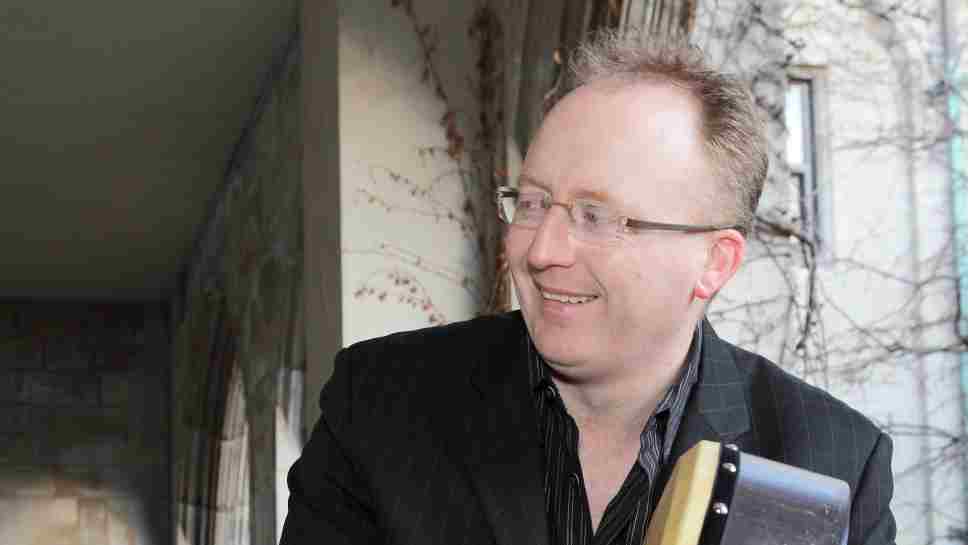 Irish singer Paddy Homan will perform at the Wilmette Theatre.

North Shore residents can get into the St. Patrick’s Day spirit without traveling into the city to see the Chicago River dyed green. The area’s favorite Irish Tenor, Paddy Homan, will perform “Raised on Songs and Stories” at the Wilmette Theatre on March 10.

“I have a love of music and behind every song is a story,” Homan told DailyNorthShore.

Homan moved to the United States 10 years ago but grew up in County Cork, Ireland and his voice is still thick with his country’s brogue. He originally moved to Chicago to work as a social worker but has since moved into fundraising for Lutheran Life Communities. His job is to raise funds for residents who have outlived their assets, but he still finds time for music as well. “I am grateful that they let me incorporate song into my work,” he said.

Homan performs traditional Irish music throughout the Chicago area and around the globe. In fact, Homan just completed a one-man tour of the “I am Ireland” show, celebrating 100 years of Irish independence, which he brought back to Ireland.

Music has always been an important part of his life.

“I do not know a time that I wasn’t ever singing,” Homan said.

Homan learned many traditional songs while fishing on his family’s boat and participating in choirs as a child. But he also discovered singing was a way to overcome the stutter he suffered from as a child. He found that he never stuttered when he sang.

“Once you have a love of Irish music it always stays with you,” he said.

Homan will take the audience on a trip to Ireland, which will include a musical medley of Irish songs and poetry readings. Some of the songs will be in Gaelic while others the audience can join in and sing-along, such as My Irish Molly. The show will also feature an assortment of Irish instruments. John Williams of Wilmette will play the accordion, Kavan Donohoe the harp and Uileann Pipes, Marta Cook will also play the harp and Mick Broderick will play the bouzouki.

While Homan acknowledged that he celebrated St. Patrick’s Day differently growing up in Ireland — as a child he attended mass and went to a small parade — he enjoys the St. Patrick’s celebration in Chicago.

“The rich diversity really inspires so many people and our music as well,” he said.

Homan sees the St. Patrick’s Day celebration as symbolic of how the Irish community is so united and comes together to help others.

“Isn’t that what its all about? Looking out for others and doing right by others is the message of St. Patrick,” he said.

Homan will perform at the Wilmette Theatre, 1122 Central Avenue, Wilmette, March 10 at 7:30 p.m. For tickets and information go to www.wilmettetheatre.org.