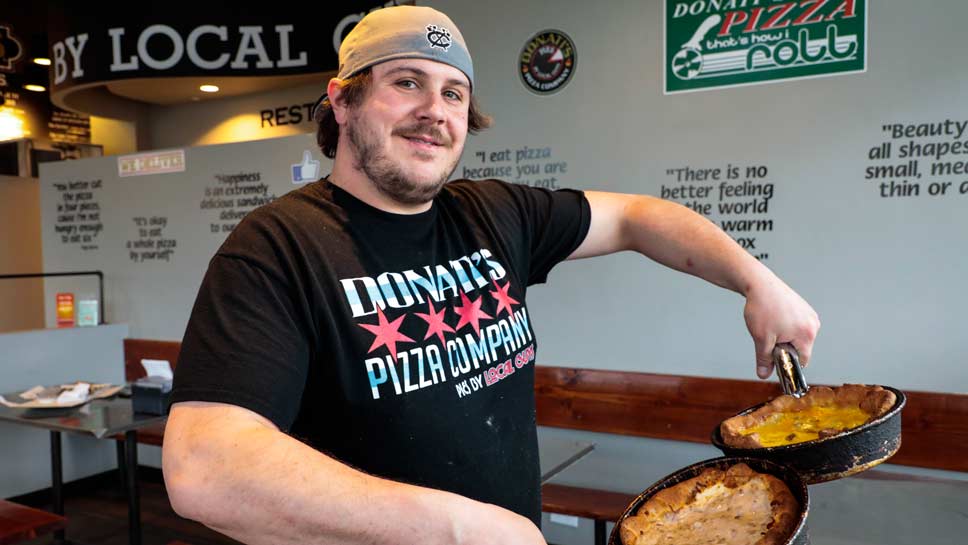 LAKE BLUFF — Taking his children to his restaurant in the morning before hockey spawned a new item and extended hours for Jeff Urso, the owner of Donati’s Pizza Company in Lake Bluff.

The item is breakfast pizza with hash browns, cheddar cheese and eggs, among other ingredients. It’s served all day starting at 8 a.m. until the eatery closes at 9 p.m.

“I always cook for my three boys on the weekends,” said Urso, a Lake Forest native who now lives in Knollwood. “We came to the restaurant because my wife would kill me if I messed up the kitchen at home. I’d make them breakfast pizza and then we’d go off to hockey.”

Those pizzas Urso cooked for his children were unlike anything he was serving during regular business hours. The two-inch-deep, large deepdish breakfast pizza is topped with hash brown potatoes, cheddar cheese and seven eggs. The sunny-side-up eggs cook and the cheese melts as the pizza goes through the oven. There is also thin crust version.

Instead of the tomato sauce used on many of his other pizzas, he offers a choice of hollandaise, country gravy or buffalo sauce for breakfast. Meat and vegetables are available for an additional cost.

Donati’s offers a variety of breakfast combinations on pizza. The “Hangover” has Canadian bacon, bacon, onion and green pepper with the hollandaise sauce. If customers want steak and eggs for breakfast, they can get it on a pizza.

“We have a ‘Denver’ – like the omelet with ham and green peppers,” said Urso. “It’s kind of a combination of a quiche or a skillet,” he added comparing his breakfast pizza to dishes served in the morning at other eateries.

All pizzas are cooked to order whether for breakfast or any time of the day. These include all the traditional pizzas Donati’s makes. Customers select their crust, cheese, sauce and toppings as they go through the ordering line. The pies are ready in eight to 10 minutes.

“It’s fast-casual,” said Urso. “The oven blows air at 500 degrees at the pizzas and it allows it to cook in a third of the time (of a traditional oven baked pizza).”

After the breakfast pizzas were a hit with his children, Urso started offering them to his corporate catering clients when they asked for breakfast food items. These clients range from Waukegan through Deerfield.

“They’ll ask what we can do for them and we always say of course,” said Urso.

If a customer wants something other than pizza or a dish to accompany it, Urso said, Donati’s also serves calzones, wings, salads, wraps, sandwiches and a variety of appetizers.

Though he does not want to say when he will offer his newest idea, he said the next addition to the menu may be a dessert pizza.

“I working with Nutella and fresh fruit,” said Urso. “I’m still playing with it.” 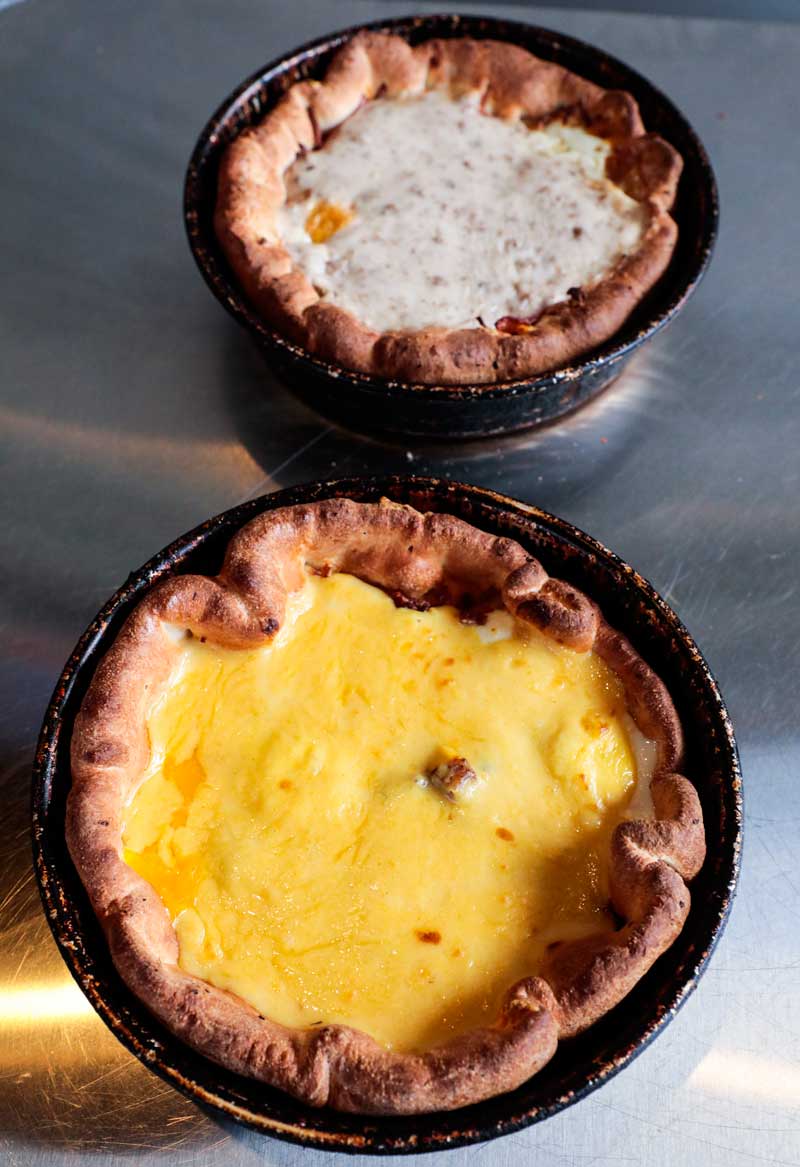 The blonde (hollandaise) and the brunette (sausage gravy) breakfast pizzas at Donati’s in Lake Bluff.
Photography by Joel Lerner/JWC Media

Real eggs are cracked into each breakfast pizza at Donati’s in Lake Bluff.
Photography by Joel Lerner/JWC Media 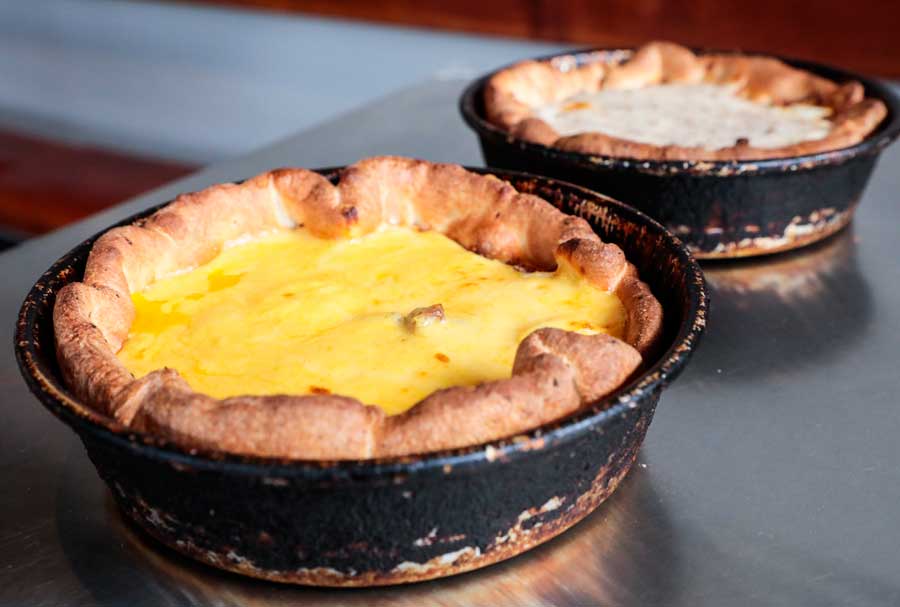 The blonde (hollandaise) and the brunette (sausage gravy) breakfast pizzas.