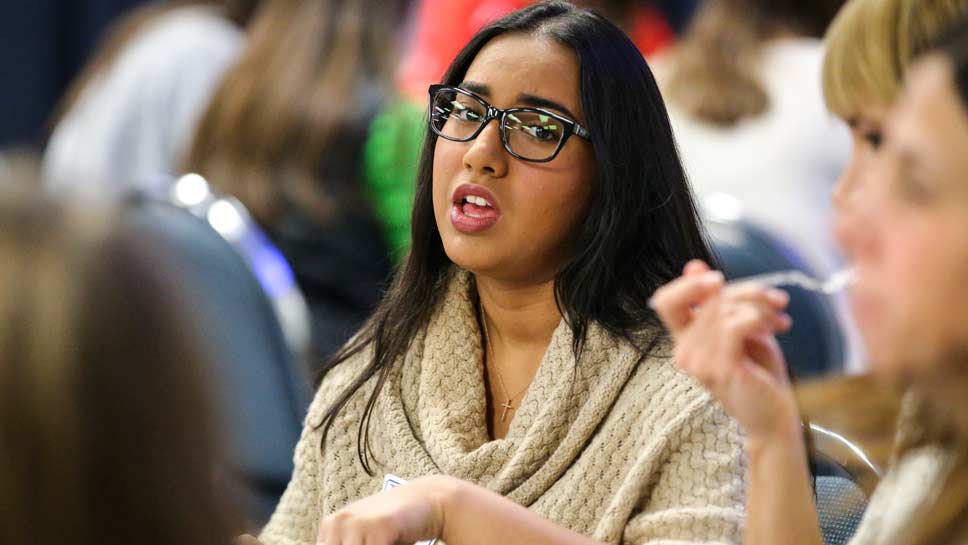 GLENVIEW — Melanie Macwan knew she wanted to be an entrepreneur when she signed up for the business incubator class at Glenbrook South High School.

Macwan did not know she would be the only woman in the class of 24. She said that put a burden on her shoulders.

“It kind of empowered me in a way,” said Macwan. “I needed to show the boys I am serious about this because I’m the only girl in the class.”

Though Macwan will be a freshman in college this fall studying business and entrepreneurship it appears next year’s business incubator class will be more evenly divided between the genders, according to Michael Macfadden who teachers the course.

Macfadden organized the first Women in Business Breakfast February 9 at Glenbrook South introducing between 55 and 60 female students to successful women entrepreneurs for a two-hour event.

“Business classes in our school are under represented by the female population in all our business classes with only one in the incubator class,” said Macfadden. “We did this (breakfast) to show the girls entrepreneurship is a viable option for school as well as a career.”

Joining the students were 15 women from the community who are either entrepreneurs themselves or high ranking corporate executives, according to Macfadden. There was a panel discussion with three entrepreneurs moderated by a fourth—Rana Strellis of Glenview.

The rest of the guests sat at tables with the students to network and share their stories of successes and failures in the business world. Strellis, a Glenview resident and former Baxalta executive, started her own firm last summer—R Vision Consulting. She said she was thrilled when she learned about the incubator class.

Strellis said she wanted to be involved as a coach or mentor helping the students develop their business plans or assisting with a specific area of business. When Macfadden told her there was only one woman registered, she was happy to try to encourage more in the future.

“I wanted to expose them to women from our generation who made it so they realize they can do the same thing,” said Strellis. “I wanted (the students) to hear about our career journey”

One sophomore at the event, Eleni Copetus, said she is already sold on the incubator course. She will be taking it next year. She also liked what she heard from the panelists. She said she was inspired by two of the women who came to the United States as refugees.

“It was inspiring to hear their stories and how they struggled to succeed,” said Copetus. “It shows us what we can do.”

Rachel Canning, a Glenview resident and founder of RL Canning, Inc., was another panelist. Now in the business of providing information technology services to companies, she told the students how she got there with little technology background.

Canning said she was working for a company dealing with janitorial services in 1998 when an opportunity came along in information technology from a person she knew. She decided to take the leap.

“I didn’t own a laptop then or have an email address,” said Canning.

Another lesson Canning offered the students from her own experience is there is no such thing as failure, only learning experiences.

“If you don’t have failures you’re not trying hard enough,” said Canning.

Macwan has already learned that lesson in the incubator class. She said and the rest of her five-member team are starting a business which sells t-shirts with designs created by artists. They have changed the name from Shibes to Canvass Clothing.

“We didn’t think Shibes gave a message,” said Macwan. “If you’re going to sell apparel the name has to be recognizable.”

Macwan has learned another lessen which comes from hard work alongside her peers.

“They treat me like one of them,” Macwan said. 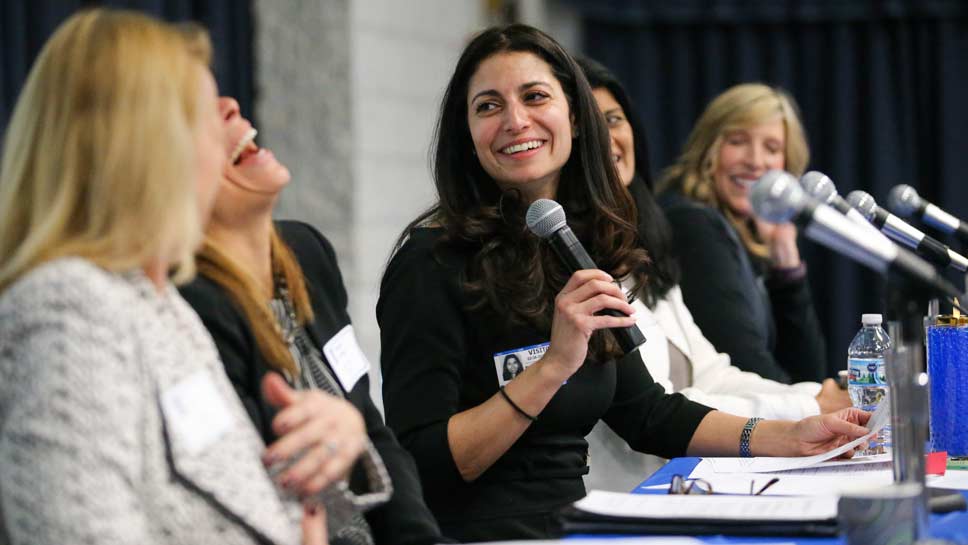 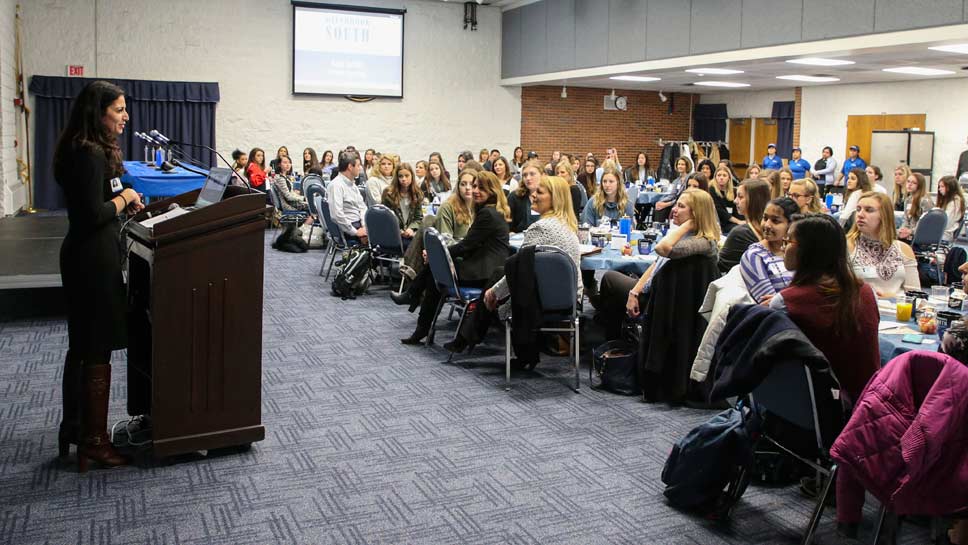 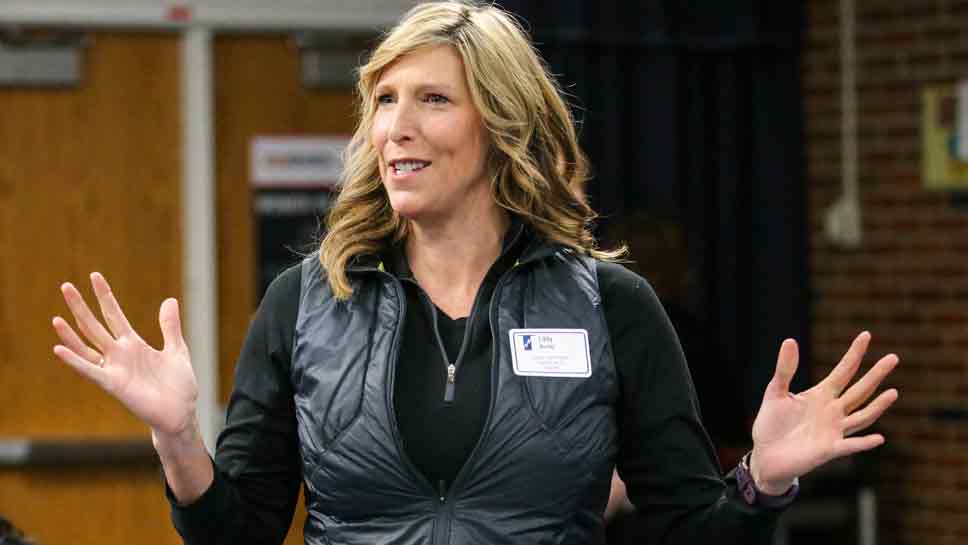 Libby Hurley, founder and president of Together We Tri, a Glenview company that teaches people how to compete in triathlons. 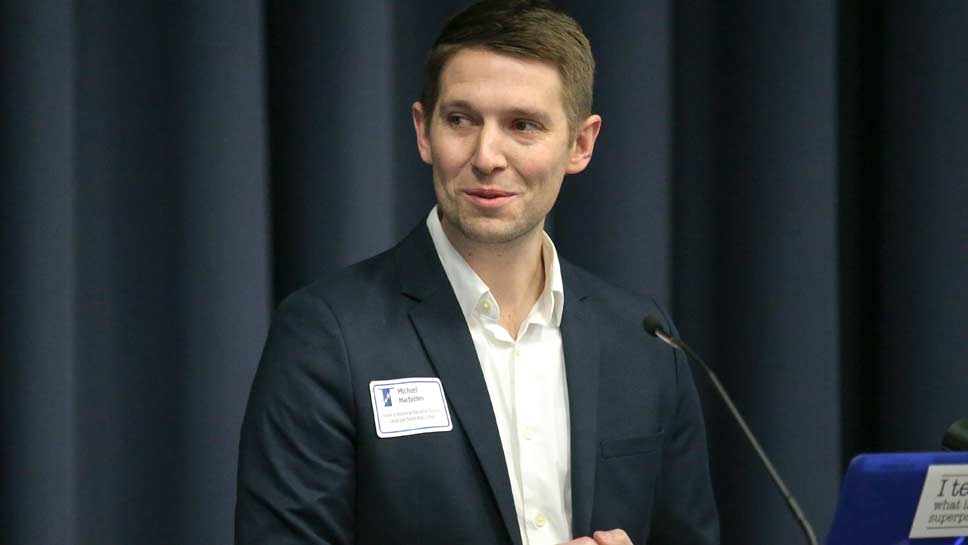 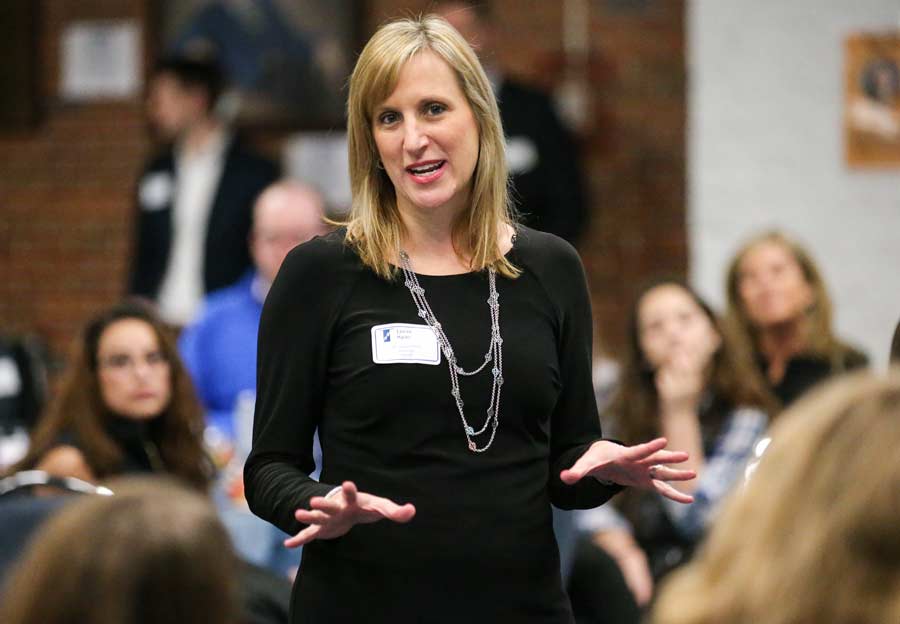 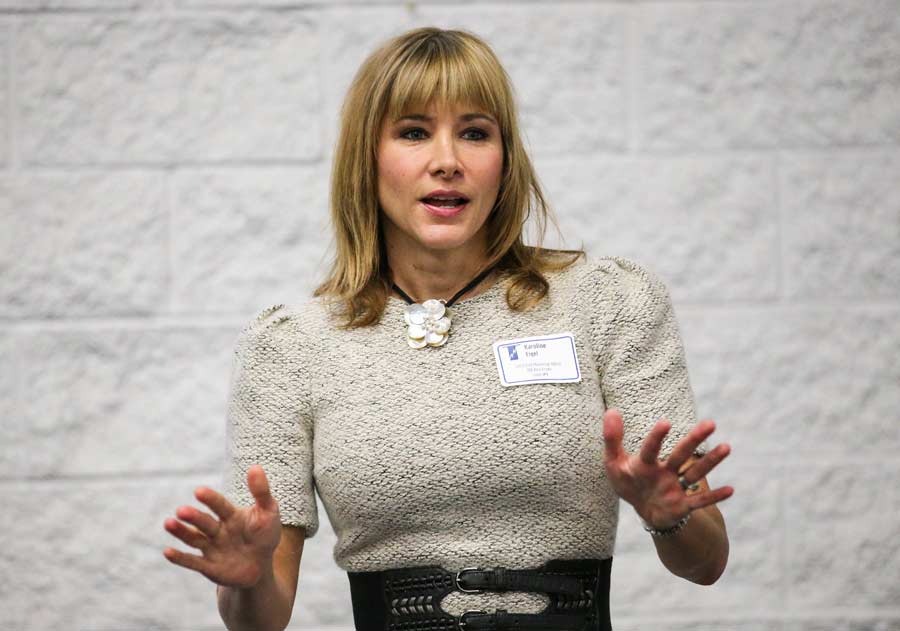 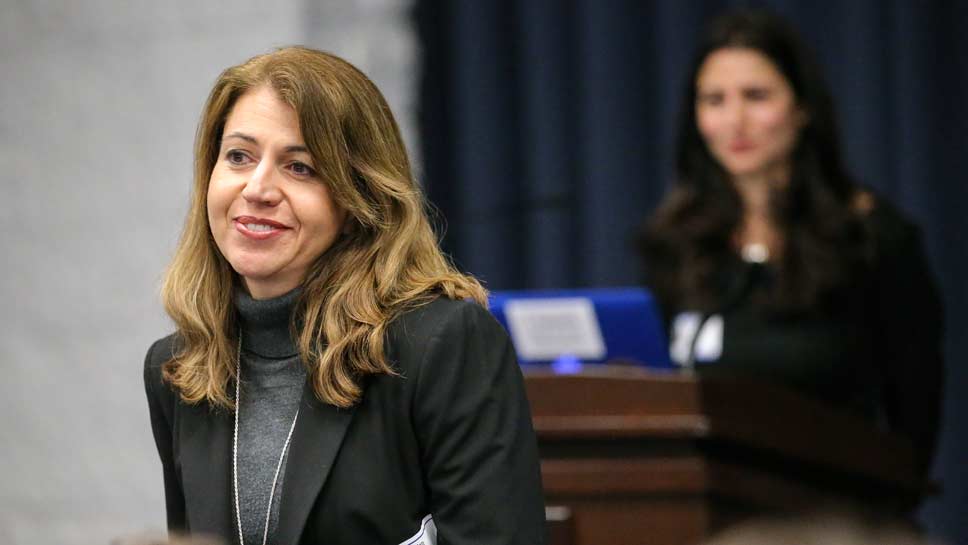 Helen Contos, senior attorney at the Security and Exchange Commission 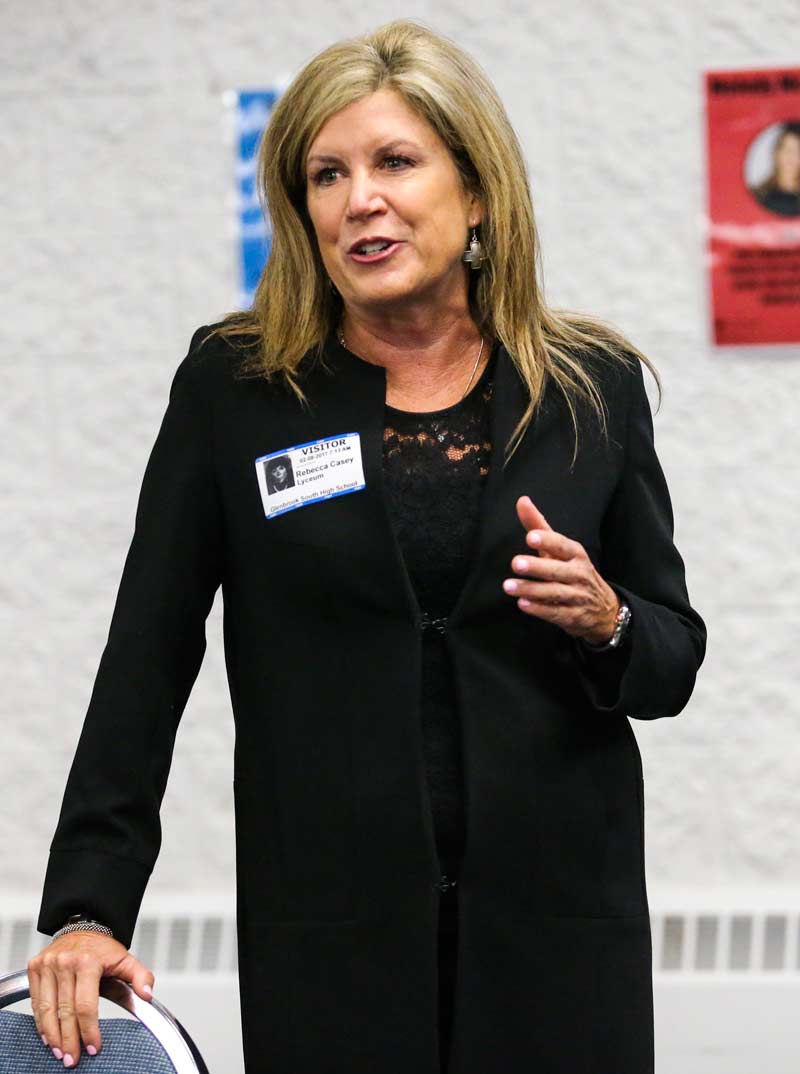 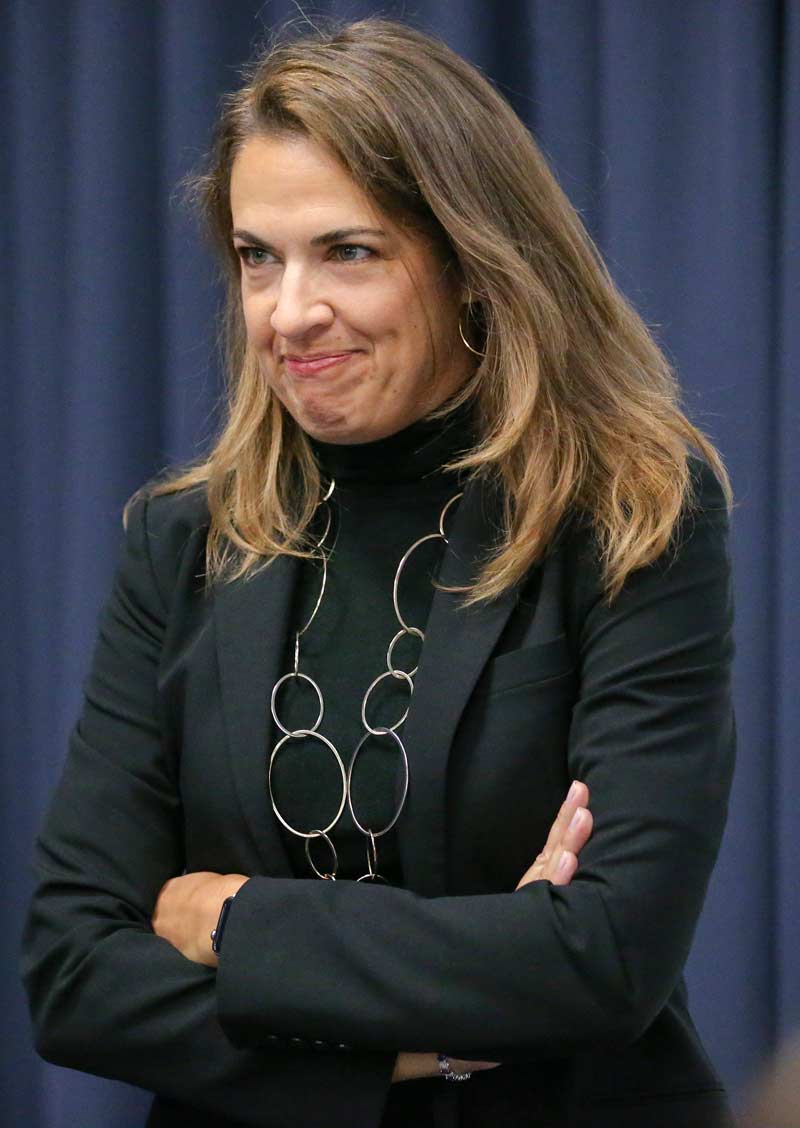 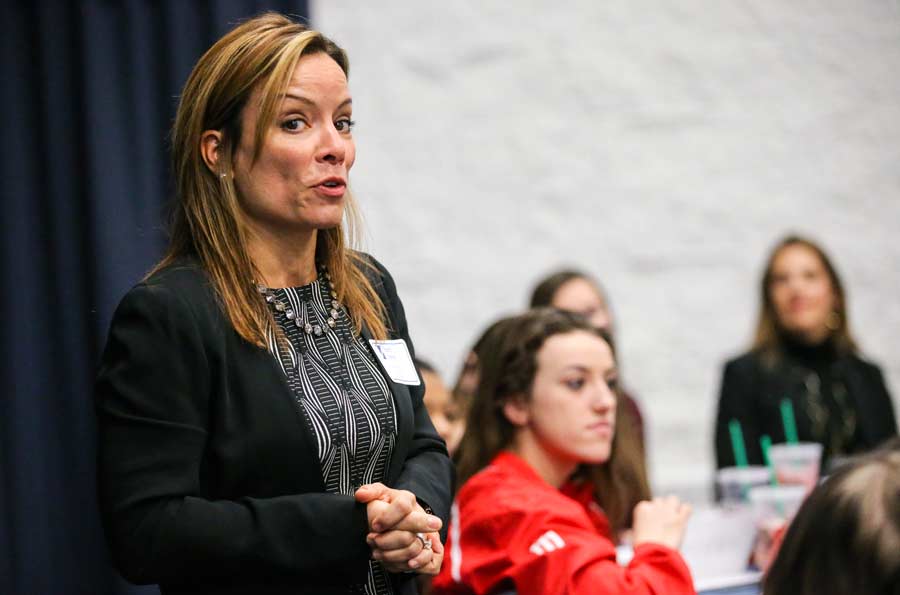 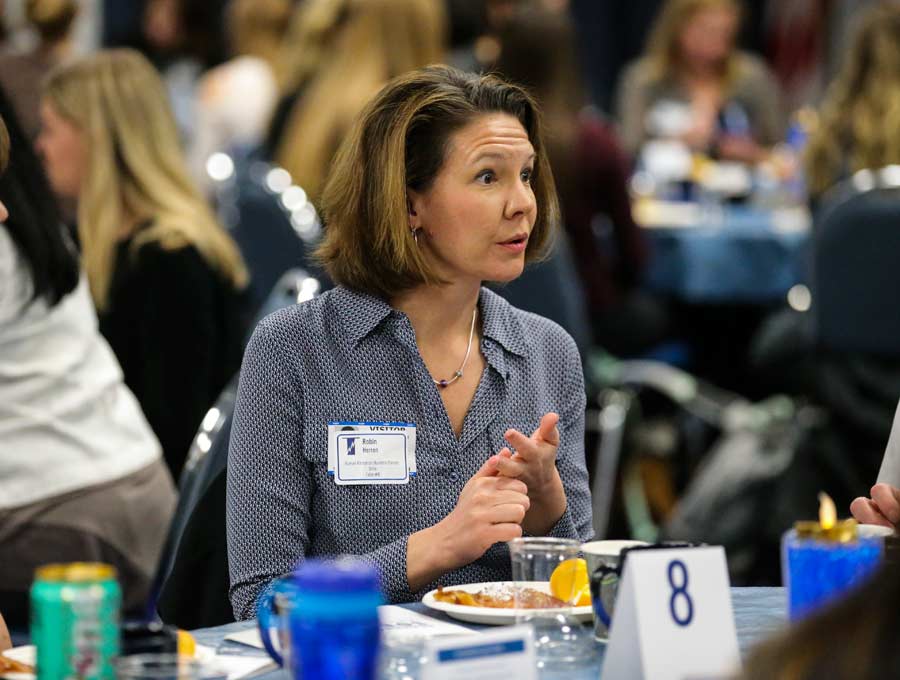