In 1993, Carolyn Deppisch and Julie Chantler were just two friends growing up in Lake Forest and attending Lake Forest High School. In 2017, 24 years and many life changes later, some things remain the same. A lot has changed, though, including their last names — now Konz and Crouch — and their titles at Lake Forest High School, which have transformed from student to English Teacher and Special Education Teacher respectively. 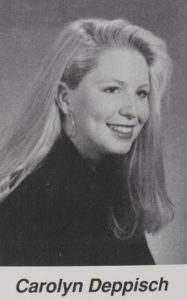 Still, with each passing decade, Julie Crouch and Carolyn Konz have sustained the lifelong bond of friendship, a partnership formed when they were nine year olds in fourth grade at Everett Elementary School. Since roaming the hallways as queens of the school in their senior year of ‘93, Crouch and Konz have been beside each other throughout their days in higher education, entry level jobs outside of their current career field, and the formation of their families right here in Lake Forest.

After graduation from LFHS, the two young women — for the first time  — went their separate ways. Konz’s schooling continued at St. Mary’s University in South Bend, Indiana, while Crouch elected to further her studies at Denison University in Granville, Ohio. After some time, though, and the many experiences that only college can provide, the two of them found their way back to the place that shaped them, Lake Forest, and, in turn, Lake Forest High School, their old stomping grounds.

As heartwarming as their story has become, they were once both young and naive west-side kids, growing up, attending Everett and eventually Deerpath Middle School after the fourth grade. When they hit freshman year at LFHS, they had no idea how many aspects of their lives would revolve around the building situated on McKinley Road.

“A lot has changed,” said Konz, noting especially how big LFHS seems in the present day.

“When we went here, we only had 280 people in our graduating class. The school felt a lot smaller than it feels now,” Crouch added. Then again, the actual school was smaller. The rooms where Dr. Dukats and Mrs. Flangel now teach — as well as the entire athletic wing and pool as we know it — were then nonexistent. They were renovated in Konz and Crouch’s sophomore year, 1990. The lunchroom was in the basement, and if you’ve ever wondered why the Help Desk is situated in that nook in the school’s lowest floor, it’s because that was the original lunch food line. Furthermore, there wasn’t a food service. The chefs were, believe it or not, “people’s grandmas,” Crouch explained. Everyone would eat at school and going off campus was not the norm. 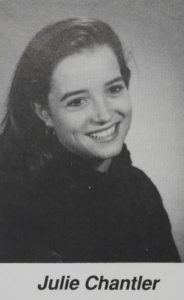 Perhaps part of the allure of returning to LFHS as a teacher was the relationships Konz and Crouch had built with their own teachers during their high school years.

“Even though the school feels bigger now,” Konz shared, “the student-teacher relationships that are fostered within the high school are as strong now as they were back then.”

Specifically, one of those aforementioned bonds was formed with the recently retired Math teacher, Dan Coad, who they still to this day often refer to as Mr. Coad, though he had been their colleague for nearly two decades.

The road that led these two to home, however, wasn’t immediate. Both Konz and Crouch took time after college to pursue other careers outside of education. Like many others, they, too, had to “get out” and experience the world at large and admitted that they had had enough of the town by the end of their senior year.

“Kids always say that they want to get out,” Konz began, “but honestly, most of you will probably be back,” Crouch finished, echoing Konz’s sentiment with a smile as if their thought processes were identical. After four years of college and writing letters back and forth, of course, before the advent of texting, they spent some sought out time together in visiting one another, and traveling a bit, but they both settled back down in the city of Chicago.

Konz dove into the business world, but after realizing it wasn’t for her, she applied for a teaching job at both LFHS and New Trier. Surprising as it may seem, however, Konz did not choose LFHS because she went here. That was actually the main reason she was inclined to opt for a teaching career at New Trier. In the end, a sole aspect of the English curriculum was what helped Konz find her way back. “Lake Forest’s Writing Workshop program was the deciding factor. With writing as my major, I knew I wanted to teach somewhere that focused a lot on writing.”

Crouch, on the other hand, returned to LFHS for a field hockey coaching position and eventually got her certification as a Special Education teacher and case manager.

As young teachers, both flourished in developing new relationships in the school and community, but little did they know, a special relationship for each of them was further developed within the walls of Lake Forest High School.

Konz’s now-husband, Jeff Konz, also attended LFHS, though the two never knew each other in their high school years. Upon Konz’s return to teaching, she met Jeff, a teacher in the Social Studies Department at LFHS. They later married and moved from the city to Lake Forest and now have two children, Burke and Genevieve, and reside on Lake Forest’s east side.

Crouch, akin to Konz’s situation, also married someone who is an LFHS alumni. The young family now resides in Lake Bluff and are soon expecting the birth of their first child.

Although they both experienced life “outside the bubble,” they realized that Lake Forest is an amazing place to raise a family, one of the chief reasons that both young families have located to Lake Forest-Lake Bluff with the intent of their kids growing up to one day be Lake Forest Scouts. Yet, their own experiences will differ greatly from that of their children, and not just because there will be a substantial gap in time since they graduated from the high school on the school’s pristinely kept front lawn. A variety of changes in different facets of the high school experience have molded over time.

“I’m not sure if there’s just more traffic or more stoplights or what, but it does take a lot longer to get to LFHS than it did when we made the trip daily.” Konz mentioned, reminiscing on the days of her youthful commutes to school. Both often took the bus, but driving was the most common form of transportation. However, the way we are driving to school today is quite different. First of all, senior parking was first-come first-serve and kids arguing over parking spots was then a common occurrence. Also, the homeowners on Spruce Avenue didn’t charge for kids to park in their driveways. Mrs. Konz and Mrs. Crouch agreed that charging someone to park in your driveway is a weird but clever way to make money these days. 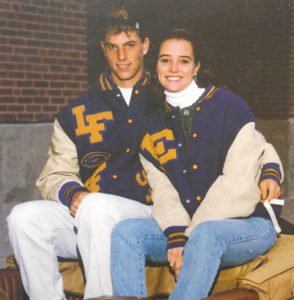 Inside the school, while much remains the same, a few habits of the students’ social interactions have changed, they said.

“There wasn’t really a need to go off campus,” Konz articulated, “everything we needed was at school. We’d occasionally sneak off to Starbucks, but even that was rare.”

Many of the traditions that Konz and Crouch took part in still exist today, while a few of them have changed dramatically. For example, the Homecoming Pep Rally was formerly on Lindenmeyer Field, including the one that celebrated Julie Chantler as Homecoming Queen in 1992, followed by a bonfire at West Campus and eventually the Saturday afternoon football game.

Goth Konz and Crouch agree that the Commons is the biggest structural change they’ve seen, but outside of the campus of LFHS, the town has altered dramatically for students of the high school age. In the 90s, the popular off-campus destinations were Burger King and Gorton Center, which they alluded to as their form of CROYA. The Lake Forest Club and Knollwood Country Club also played a part in their social lives, both agreed, and the beach, still a popular destination for students today, was always a favored destination for the youth in Lake Forest.

This year, aside from their routine practices as friends — chatting, laughing, and sometimes stressing about how busy they’ve become — the duo co-teaches English 2, a treat they both would never have expected to happen.

“We just have so much fun teaching together that sometimes I forget we’re being paid for it –i t’s just that fun.” Crouch said.

In the 45 minutes I spent with Konz and Crouch, the two laughed, reminisced, and smiled, sharing the positive moments that have shaped their lives in the city that they have always called home. It’s clear to see that the two are still having as much as fun as anyone else.

So much fun, it’s almost as if they’re in high school again.

This article was written by Brett Chody, a junior at Lake Forest High School. It was first published in The Forest Scout newspaper. 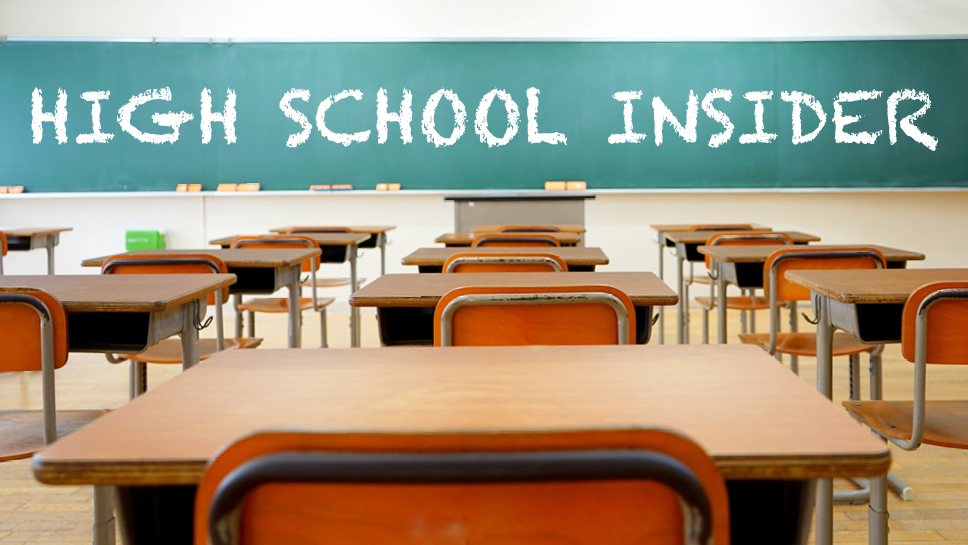