No changes will be made to Seminar Day on Race Feb. 28 at New Trier Township High School.

Though no official vote was taken at the Feb. 20 District 203 Board of Education meeting, President Greg Robitaille told an overflow crowd of more than 750 people that the day will go on as planned, focusing on understanding today’s struggle for civil rights. 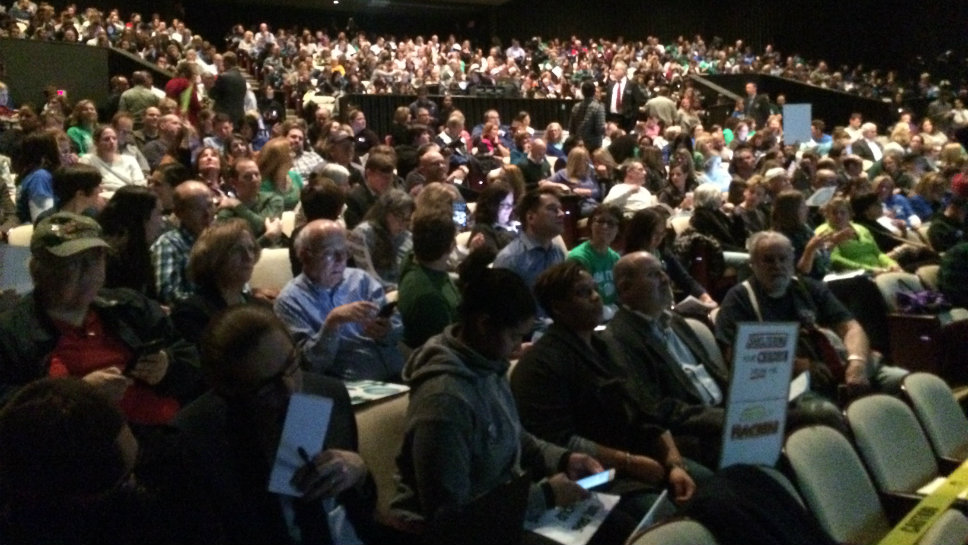 A crowd of more than 750 people came to a meeting of the New Trier High School Board of Education, where Seminar Day was a major topic.

“The board has confidence in the administration and the teachers are prepared,” said Robitaille. “The message from the board is Seminar Day will proceed as planned.”

The all-day seminar features two keynote speakers who will talk to all students, according to Tim Hayes, an assistant superintendent, who gave an overview of the program. He said students will pick two of 100 breakout sessions featuring a variety of topics before they “debrief in their advisories.”

“We want to commit the mind to inquiry and the heart to compassion,” said Hayes. “We want them to understand things from all perspectives and have them talk about it.”

Hayes said planning for the event began in April and the first communication went to parents in November. In January the school said the keynote speakers would be two National Book Award authors. One is Colson Whitehead who won the 2016 prize for The Underground Railroad. The other is Andrew Aydin, who co-authored March with Rep. John Lewis (D-Ga.).

Seminar Day turned controversial in early February when a group known as Parents for New Trier wanted speakers added to Seminar Day with more diverse viewpoints, according to a Feb. 7 DailyNorthShore story.

A second parent group formed soon after, asking the school to make no changes to Seminar Day. They started a petition drive. Leaders of that group presented their petition to the board. The presenter at the meeting said there were more than 5,000 signatures as of 3:45 p.m.

Members of both groups were among the 20 speakers as well as four New Trier students. With more than 100 people registered to address the board, Robitaille changed the procedure for public comment, which he said he was permitted to do under the rules.

Robitaille limited the comment period to one hour and speakers were limited to three minutes each. He cut several people off when they went beyond the time limit. Of the 20 who spoke, 15 asked the board to keep Seminar Day as it is currently planned while five advocated for changes.

One local resident who wants the school to change or delay Seminar Day gave her speaking time at the meeting to Pastor Corey Brooks of New Beginnings Church of Chicago located on the South Side. Brooks said the Seminar Day program was not inclusive of all points of view on race.

New Trier parent Ami Campbell, who is Asian, said she has experienced racism on the North Shore and around the New Trier community. She supports Seminar Day.

“When I am out with my children people think I am their nanny,” said Campbell. “If our children walk away with a better understanding of each other Seminar Day will have succeeded.”

Isabelle Hauser, a New Trier junior, said that when she tries to share some of her views she is ostracized. She said there is no balance to Seminar Day as it is currently planned.

“I try to speak my voice but I am dismissed for many of my values,” said Hauser. “I do feel shut down.”

Board member Patrick O’Donoghue said it is the parents’ job to teach their values to their children.

“If you want to pass your values on to your children and know what they’re thinking you have to discuss issues with them,” said O’Donoghue after the public comments were concluded.

A 2014 New Trier graduate and a current student at Northwestern University in Evanston who attended the meeting, urged the board not to alter Seminar Day. He said he was well prepared for college academically with his New Trier education but not for the social situation that awaited him.

“Our experiences at New Trier did not prepare us for the outside world,” the former student said. “Students need the experience Seminar Day will give them.”

O’Donoghue wanted to know if facilities were available if the school wanted to add speakers. Hayes told him there were not.

Though no board members suggested changing Seminar Day this year, member John Myefski suggested parents be part of the planning process in the future.

Board member Lori Goldstein said Seminar Day is an important part of a New Trier education. It takes learning beyond pure academics.

“Our focus is all about the students,” said Goldstein. “We want to teach them that they need to be global citizens.” 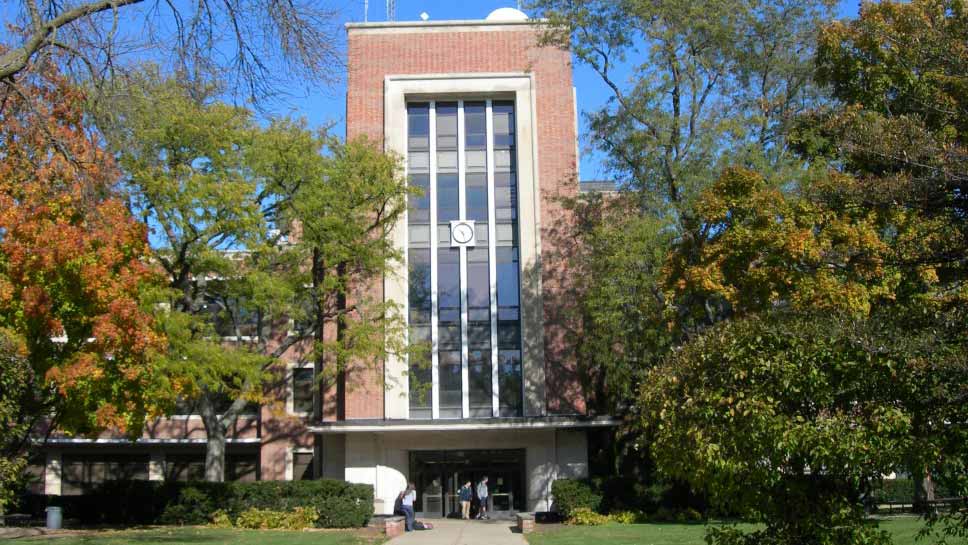