Growing up in Iowa, Susan Lawson Bouma often spent time at the local library. That’s where the Cedar Rapids Museum of Art’s collection was then housed, and where she was first exposed to the works of long-time city resident, Grant Wood, the regionalist artist known for his 1930s iconic painting American Gothic (now in the permanent collection of The Art Institute of Chicago). “This was the extent of my early art education,” recalls Bouma, yet it was enough to spark an intrigue that would ultimately lead her to pursue a career in the arts.

Bouma majored in English and History at Coe College, and moved to New York City shortly after graduation. She became a substitute teacher in the public schools. “They always called me because I was willing to go wherever they asked,” says Bouma. That included a life-changing assignment to stand-in for an art instructor who had left after the junior high school students threw cans of paint. Bouma was unfazed and took the post. She ended up conducting the class that day and all others through to the end of the year. While crediting the school for providing her with ample materials and projects, clearly her own artistic abilities made an impact on many, most notably the teacher herself. 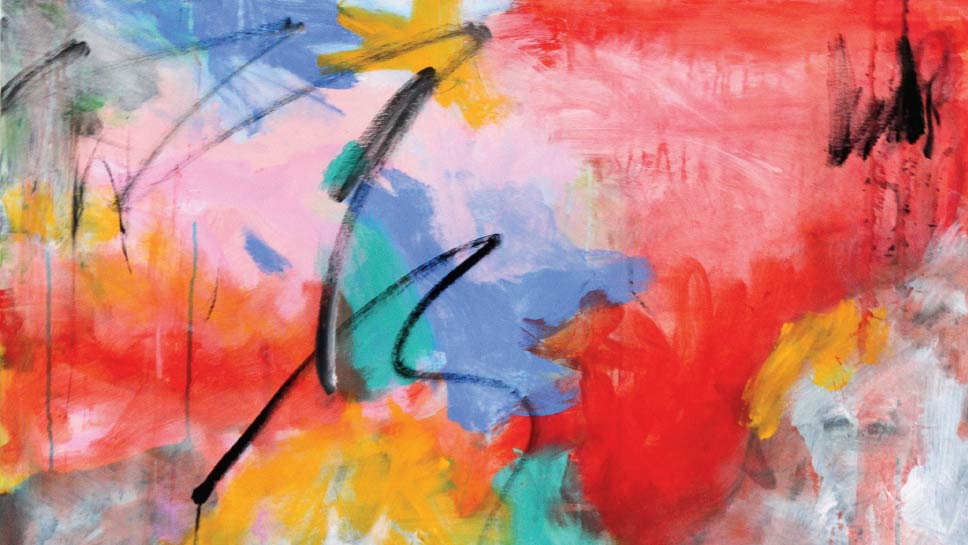 Soon, Bouma was frequenting paint stores and enrolled in courses at the New School in Manhattan as she simultaneously completed a Masters at New York University. “I knew that I needed lessons and started out learning by copying the great masters – portraits, landscapes, still-lifes,” notes Bouma, who supplemented her studies by visiting local galleries and museums such as the Metropolitan Museum of Art where she particularly loved European Impressionist paintings. Her connoisseurship continued to expand as well. When she and her late husband, Robert Bouma, a lawyer, were newlyweds and in need of furniture for their apartment, they would drive up on weekends to shop along Connecticut’s Route 7 known as “Antiques Alley.” They also regularly attended auctions at Sotheby’s, Christie’s, and Doyles, as their collecting took on a wide range. While he had a penchant for Canton blue and white porcelain, she found an interest in vintage clothing securing well-known dress labels like a black silk taffeta dress by Ceil Chapman.

“I’m inspired by colors, by fabric, and the process of painting for me is just very freeing,” says Bouma, referring to how everything from furniture to fashion can offer her a vision. Occasionally, she would take on commissions, but for the most part her painting remained a personal endeavor. Having moved to Los Angeles before the couple settled with their young family in Lake Forest, Bouma always made a point to become part of different art groups. “I enjoy being with like-minded people,” she says, and for many years in Lake Forest attended a Monday afternoon class critiqued by Lake Forest College art professor Michael Croydon. The community and camaraderie with other artists has been very special, noting that, “We all just recently had a reunion lunch.”

Over time and travel, Bouma’s painting has continued to evolve. She no longer favors the classics in subject and supplies, now using acrylics over oils for the abstract expressionist style she practices today, primarily out of a studio in Vero Beach, Florida. “I would describe my paintings as high energy,” remarks Bouma, who rarely frames or titles the works in her current oeuvre of bold tones, textures, and movement. “I live in a modern house in Vero with high ceilings so it lends itself to contemporary paintings.” The large scale canvases are a contrast to her earlier, more traditional ones, that fittingly fill the rooms in the Lake Forest house she still maintains, and where her son and daughter were raised.

A member of the Board of Trustees at the Vero Beach Museum of Art, Bouma keeps training her eye and staying on top of market trends with attendance at annual events like the Winter Antiques Show in New York and Art Basel Miami. As for her own work though, she says, “I think I’ve found what I like to do.” That’s quite an artist’s statement. 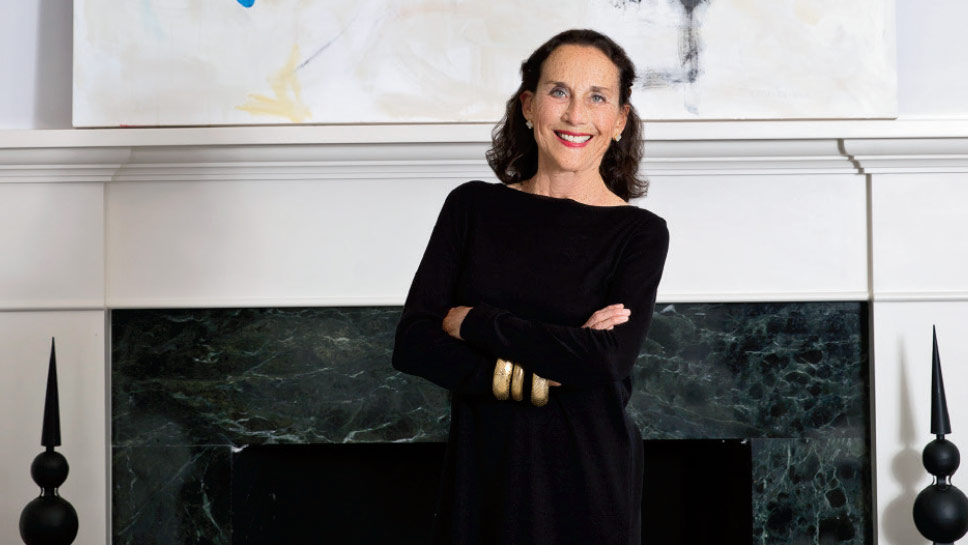 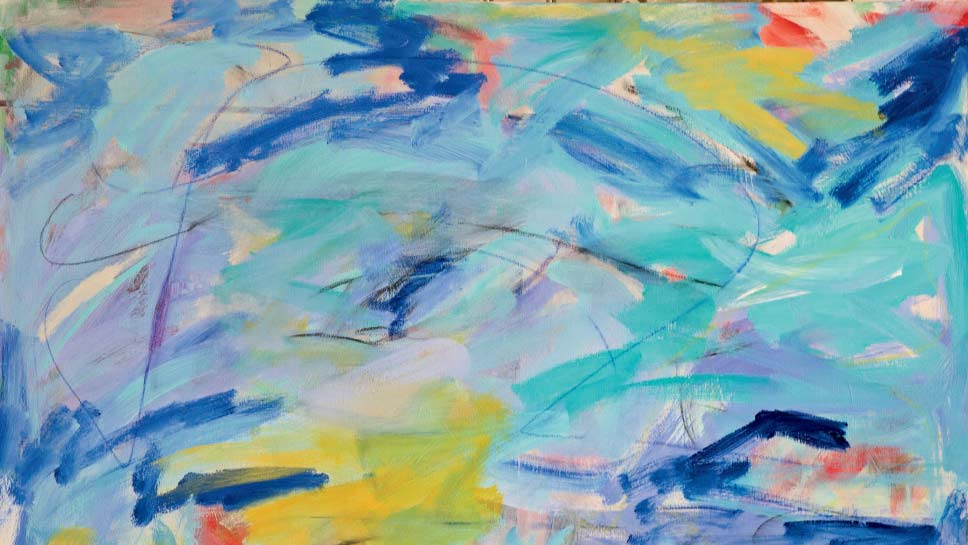