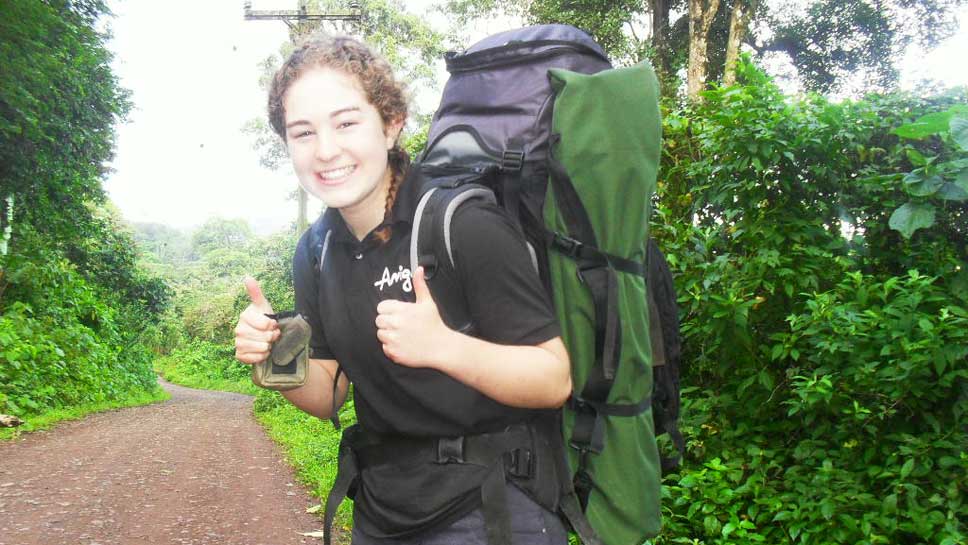 It seems like a lot of us would be completely lost without our smartphones. It seems like that would especially resonate with anyone under 20, who likely never met dictionary.com’s hardcover predecessor. But Glenbrook North High School junior Lucia Bosacoma gave up her smartphone—and practically every other modern convenience—for six weeks the summer after her sophomore year when she joined a volunteer organization called Amigos de las Américas and traveled to El Mango, a rural town in Nicaragua.

“We were prepared to culturally assimilate,” Bosacoma says. “Obviously, there’s a large culture shock when you get there. Rural Nicaragua is very different than the North Shore of Chicago.”

Before embarking, Bosacoma gathered locally with other Chicagoland volunteers for 30 hours of pre-departure training. Once in Madagalpa, Nicaragua, she and the other volunteers designated to Nicaragua went through four additional days of training specific to the area they would be staying.

She and her two partners were responsible for organizing and leading weekly camps for local youth ages 5 to 15 focusing on the environment, hygiene, and conflict resolution.

They also devised one large community project using Amigos de las Américas funds to encourage more high yield, profit producing farming practices with profits later earmarked for building a well at the local school.
“The town is sort of spread out, but the school is one of the only places where they unite,” Bosacoma says. “Also, when the kids go to school, they have to bring water from their houses because the school doesn’t have water. Once they drink that, they don’t have any water left, so they can’t wash their hands or anything.”

Other than that, she spent her time as the locals did. Her host family had only two electronics in the house: an old tube television with an antenna and a smartphone that had access to Wi-Fi for one hour once a week.

“A lot of time there is spent doing daily things that we would think are really easy, like washing the dishes,” Bosacoma says. “Cooking the food takes a long time because you’ve got to get the fire started, but since it rains every day during the wet season it’s hard to come by wood to make the fire. And you wash your clothes in a river on a rock.”

It also took a little while to get used to the daily menu, which consisted mostly of rice and beans.

Though the limiting of food choices and electronic devices sounds like hardship to our contemporary American sensibilities, Bosacoma admits it wasn’t as hard to adjust to as it may sound.

“Anyone can do it,” she says. “You just have to be open to new experiences. A lot of people here don’t realize that they can live without all the appliances and luxuries they’re surrounded by, but while I was there, it didn’t seem like a big deal because that’s just how everyone lives.”