“I want to recognize and thank the communities of Highland Park and Deerfield in Lake County,” said Bacci. “They passed Tobacco 21 ordinances within the last few months, both going into effect of January 1 of this year.”

Tobacco 21, Go Lake County, and Behavioral Health Capacity and Infrastructure Building were three Lake County community health initiatives that 98 percent of survey respondents said they wanted to participate in at the Together Summit on January 24.

The Together Summit was presented by the Lake County Health Department/Community Health Center with several Lake County leaders to improve the health and quality of life of Lake County residents.

According to a 2015 Institute of Medicine report, 95 percent of adult smokers began smoking before the age of 21, so delaying the onset of smoking prevents long-term smokers.

“As of December 2016 there have been 200 cities in 14 states to pass Tobacco 21 policies,” said Bacci. Some states have increased their sales age to 19, while last year Hawaii and California were the first two states to raise the Minimum Legal Smoking Age (MLSA) to 21. 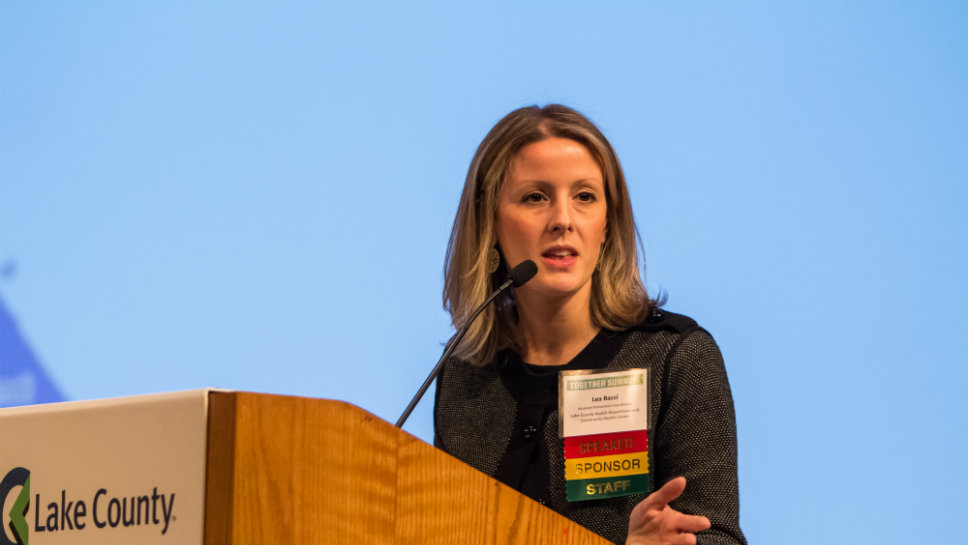 Evanston became the first city in Illinois to raise the MLSA to 21, and Oak Park, the Chicago and the Naperville followed.

Carson explained the importance of creating eco-systems in different municipalities to promote walkability and support investments in bike paths. “After moving to Lake County I told my wife there’s not a neighborhood you can go to where there’s not a designated park or forest preserve,” he said.

An economic study in Washington D.C. highlighted more benefits of walkable communities:  “Neighborhoods that are more walkable have higher retail sales, higher rent for office space and also have higher home values, so we need to look at the entire area of Lake County to ensure that they have access to the same design elements that are needed to be productive,” said Carson.

Behavioral Health Capacity and Infrastructure Building was the third initiative.

“There truly is a mental health crisis that is sweeping our county and our country,” said Aaron Lawlor, Lake County Board chairman. “When we don’t provide the care, services and support that people with moderate to severe mental health challenges need they can end up homeless on our streets or in Lake County Jail, which like so many others has become a de facto mental health hospital.”

Lawlor said a coordinated approach, which has been the theme of the Together Summit, has the “power to unlock so much potential with better outcomes, but there is one thing that will stop us in our tracks – the stigma of mental health, which plagues our communities will stagnate progress and eliminate opportunity.”

Lawlor emphasized the importance of sharing stories about a family member or friend that is struggling with mental illness to “breakdown the stigma and move forward.”

In addition to providing housing and transportation, alternative telepsychiatry services are needed as there’s a national shortage of psychiatrists, Lawlor said.

Lawlor joined State Senator Susan Garrett and others to form the Lake County Mental Health Coalition “with the goal of building on work that’s been done and accelerating it,” he said. “The number one thing we could do on the coalition over the next 18 months is to enhance how we share information regarding our behavioral health patients.”

Keynote speaker Tyler Norris, the new chief executive officer of the Institute for Mental Health and Wellness, said, “Effective healthy community leaders must design and implement community processes that result in economic, socio-cultural and environmental changes that are conducive to creating health in the first place,” according to a press release.

The Together Summit was hosted by 20 co-sponsor organizations and included members of the County Board, Board of Health, city and village administrators, as well as more than 200 other leaders from hospital/health systems, higher education institutions, park districts, community based organizations, and faith communities 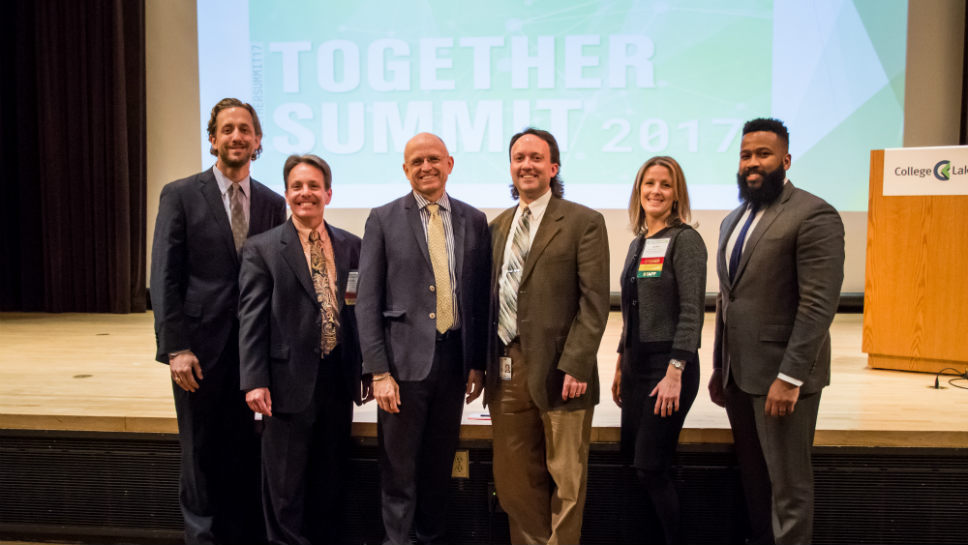