FORT SHERIDAN – A secret message allegedly was inscribed in President Abraham Lincoln’s pocket watch — and the Fort Sheridan Historical Society has the scoop.

Donna Fitzgerald, the founder of the Fort Sheridan Historical Society (FSHS) said that when Stiles heard the family legend about his relative the watchmaker, he went to Smithsonian officials at the National Museum of American History and “like Geraldo and Al Capone’s vault,” fans gathered around in anticipation as the pocket watch was opened.

The FSHS was created in July with the goal of collecting stories pertaining to Fort Sheridan. “It’s the same thing that the Library of Congress is doing with the Vietnam veterans for the 50th anniversary and they’re collecting oral histories to be put into archives for the Veterans History Project,” said Fitzgerald. “The mission of the society is to perpetuate Fort Sheridan’s past through oral history and the accumulation of artifacts to found a museum in our iconic water tower.” 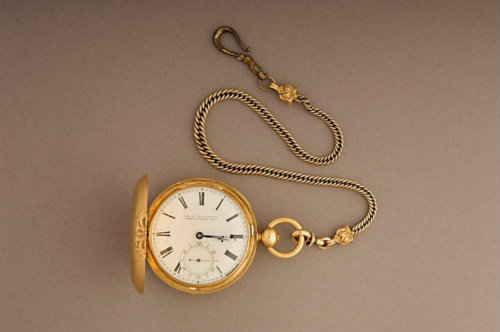 Lincoln’s pocket watch was purchased in the 1850s in Springfield, IL; photo courtesy of Douglas Stiles 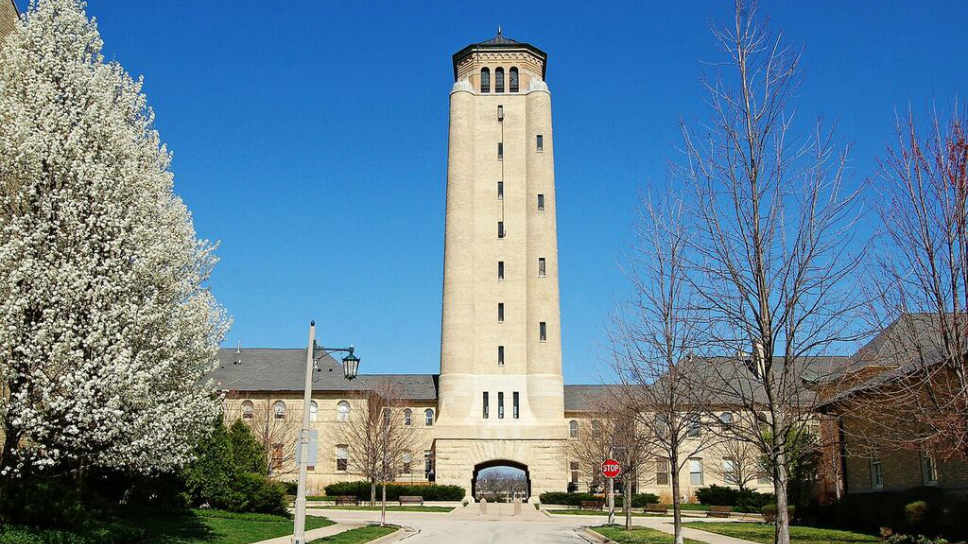 Fitzgerald said that to accomplish this dream, the FSHS has been raising funds for a capital campaign. On April 6, the society will host Author Diana Dretske who wrote the book Images of America: Fort Sheridan. Fitzgerald said Dretske’s father was stationed there, and she has a lot of memorabilia. “Diana’s a curator for the Lake County Discovery Museum and the museum is closed and is in the process of moving,” Fitzgerald said.

In addition, a Fort Sheridan Historic House Tour will take place on May 20. “We have some of the most gorgeous mansions and they’ve kept the high ceilings, wooden floors and doors, said Anne Maxfield, vice president of the FSHS.

Lastly, on June 4, Editorial Cartoonist Scott Stantis will be the guest speaker at the annual dinner meeting at Highland Park Country Club. “Scott will be doing a Power Point presentation on creating an editorial cartoon,” said Fitzgerald. He explained that you start with two eyes, draw a line halfway through, put ears, a nose and then you do the hair and it’s Rahm Emanuel,” she added.

Fitzgerald and Maxfield are always looking for interesting guest speakers. For the “Etched in Time” event, “we had engaged Stiles, a Waukegan attorney in the Daughters of the American Revolution (DAR) program, and he was magnetic,” said Fitzgerald.

The DAR also brought Fitzgerald and Maxfield together. Maxfield explained that her mother and Fitzgerald were both members of the DAR. “I’m not a member of the DAR, because I was adopted; therefore my blood is not true DAR blood,” she said. “In the Daughters of the American Revolution, you have to at least be able to trace your lineage back to the American Revolutionary War.” 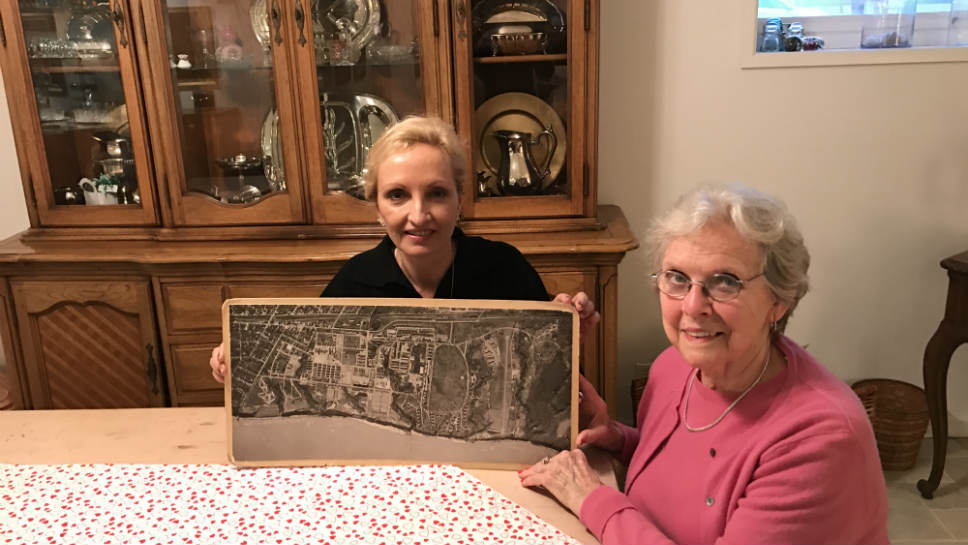 Anne Maxfield and Donna Fitzgerald; looking at an Historic Aerial View of Fort Sheridan that was submitted by Leonard Innocenzi; owner of Buffo’s restaurant.

Fitzgerald said, “Anne’s mom was my mentor and I absolutely adored her.”

Maxfield said after her mom passed away Fitzgerald generously dedicated a bench in her mom’s name near Fort Sheridan’s MYA (Midwest Young Artists Building) that was formerly the jail. The location held a special meaning as Maxfield’s father was stationed there guarding German prisoners at the end of World War II.

Maxfield said the jail still has windows with the bars on them.

Maxfield explained that Fort Sheridan was more of a training base and it was a Midwestern processing center for soldiers from Illinois, Indiana, Wisconsin, and Michigan. Her father was from Detroit. When he was discharged from Fort Sheridan, he said he’d never return. “Then he ended up meeting my mom and they bought a house on University Avenue and here he was less than a mile away,” she added.

Before her father was stationed at Fort Sheridan, he served in the U.S. Army Air Corps. “My dad trained to be a pilot, but he’d get motion sickness, so he became a cryptographer and coded and decoded secret messages in Brazil,” said Mayfield, who has displays with his flight manual and discharge papers for the museum.

Fitzgerald said though her husband was a captain in the U.S. Navy, “he couldn’t be in the engine room because he passed out from the smell of the engines.” When he retired from the military the couple lived in Great Lakes before moving to Fort Sheridan in 1999. “Jim fell in love with this place and ended up being on the original Master Homeowners Board for at least 10 years and it just gets better all the time,” she added.

Maxfield moved to Fort Sheridan in 2010 and though the two live across the street from each other, she has a Highwood ZIP code while Fitzgerald’s address is in Highland Park.

The neighbors enjoy being surrounded by beauty, which includes a walk to the lakefront or the Fine Art Studio of Rotblatt Amrany with renowned sculptors Julia Rotblatt-Amrany, and her husband Omri Amrany. Rotblatt Amrany has created many statues of sports figures such as Michael Jordan at the United Center, as well as Kareem Abdul-Jabbar at the Los Angeles Staples Center, said Fitzgerald. The studio, formerly the old movie theater located next door to the MYA, was one of the last buildings to be repurposed. 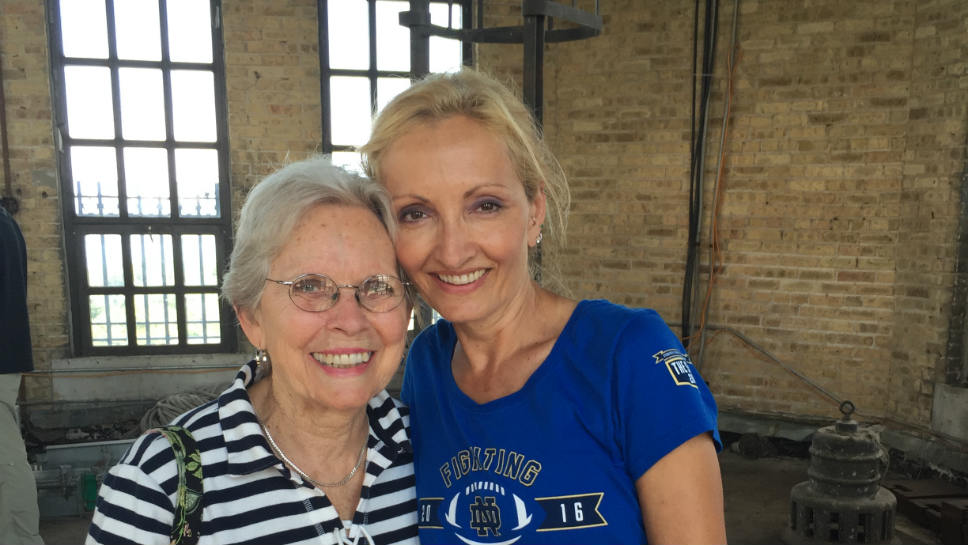 Maxfield said, “Supposedly, John Phillip Sousa’s band would practice on the second floor. We would love to raise enough money to be able to clean up at least one floor and there are a lot of hurdles getting in there, as each side has a condo and the only way to get in is going upstairs through a common hallway.”

Fitzgerald served on the Highland Park Historical Society and explained that the FSHS has a much different focus because it’s nationwide: “There are numbers of people who have gone through Fort Sheridan going back to the Chicago Fire who were called to Fort Sheridan as protectors,” she said. “Nearly everyone has a recollection about the Fort and we hope to house this rich history for all to enjoy.” 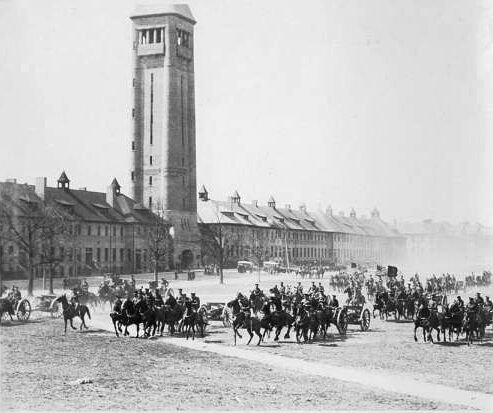