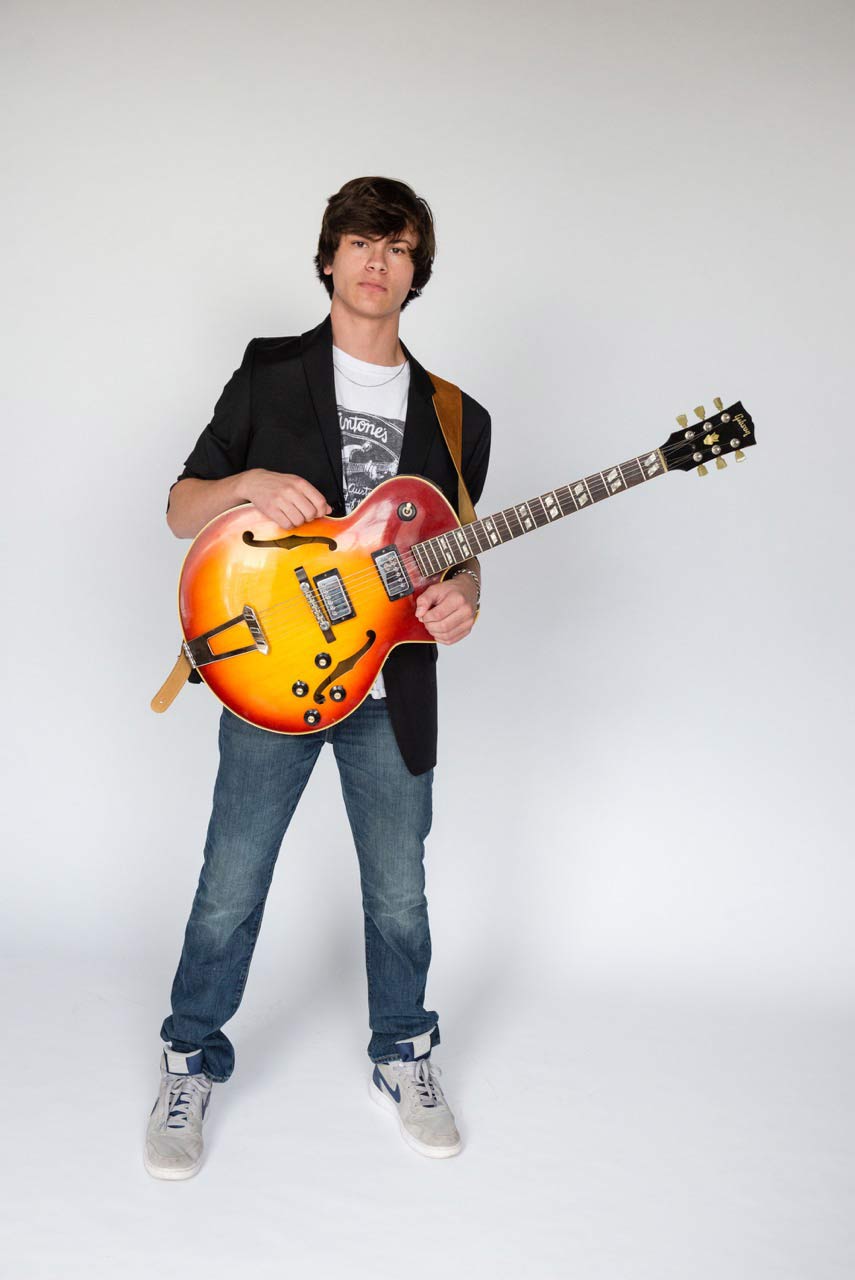 Erik Findling doesn’t remember a time when he didn’t play guitar. He can get close; he remembers his first lesson at 5 years old. Now a senior at New Trier Township High School, it’s a very large part of his everyday schedule.

“Every day I come home from school, practice for three hours in the attic, do my homework, and go to bed,” Findling says. “There’s not a day that goes by that I don’t practice. It’s a big part of who I am.”

All that practicing is paying off as Erik flies to Los Angeles to attend the GRAMMY Awards on February 12 before performing for all the high-profile guests at the GRAMMY Celebration after-party.

Findling’s audition tape is still up on his YouTube channel. Backed by upright bass, a drum kit, piano, and trumpet, Findling works his way through 18 minutes of music, his fingers flying across the fret board of his Gibson. He plays songs by Charlie Parker, Duke Ellington, Dave Brubeck, and closes out with a little funk courtesy of Stevie Wonder’s “Superstition.” Whether working solos, call and response, or chording in support, Findling makes it look easy.

“Jazz is really complex, so I was really interested by the challenge,” he says. “It’s not like any other music, where there’s certain parts you have to play, it’s really it’s own thing. Whatever happens when you play a jazz gig just kind of happens. I think that’s really interesting.”

GRAMMY Camp—Jazz Session is a whirlwind 10 days. Shortly after arriving, the young musicians record an album, GRAMMY Jazz 25, at Capital Studios in Hollywood. They’ll play shows at events and venues all over Los Angeles throughout GRAMMY week before attending the award ceremony and performing at the after-party.

Though this may be Findling’s biggest show so far, it’s certainly not his first time on stage. When he was 8 years old, he formed a rock band with his older brother Kurt, who plays drums. By the time Erik was a freshman in high school, he was playing shows at big Chicago venues like the Hard Rock Cafe and the Double Door. Their band, High Street, was forced to go on hiatus due to all of Erik’s band mates, who were older than him, heading off to different colleges.

That’s when he discovered the complex allure of jazz music. Although a self proclaimed “jazz snob,” Findling isn’t limiting himself when it comes to the music he’s willing to play.

“I think you have to be diverse these days and try to know many styles of music,” Findling says. “No matter whether it’s jazz, classical, rock, whatever; if you just play one thing, you may not get a whole lot of gigs. I don’t want to limit myself. I just want to be a guitar player.”