GLENVIEW/NORTHBROOK — An effort to create competition for its school bus service is leaving Glenbrook High School District 225 with a potential cost increase of 31 percent, much of which is apportioned to those who ride to and from school.

The District 225 Board of Education directed its finance committee to study options in the next three weeks to avoid spending $345,467 more for the next school year. The board met on Jan. 24 at the district offices in Glenview.

The total contract, which includes transportation to and from school, athletic events, field trips, activities, late activity buses and inter-campus shuttling, will go up $345,467 from $1,121,323 to $1,466,790, according to R.J. Gravel, the district’s chief financial officer. 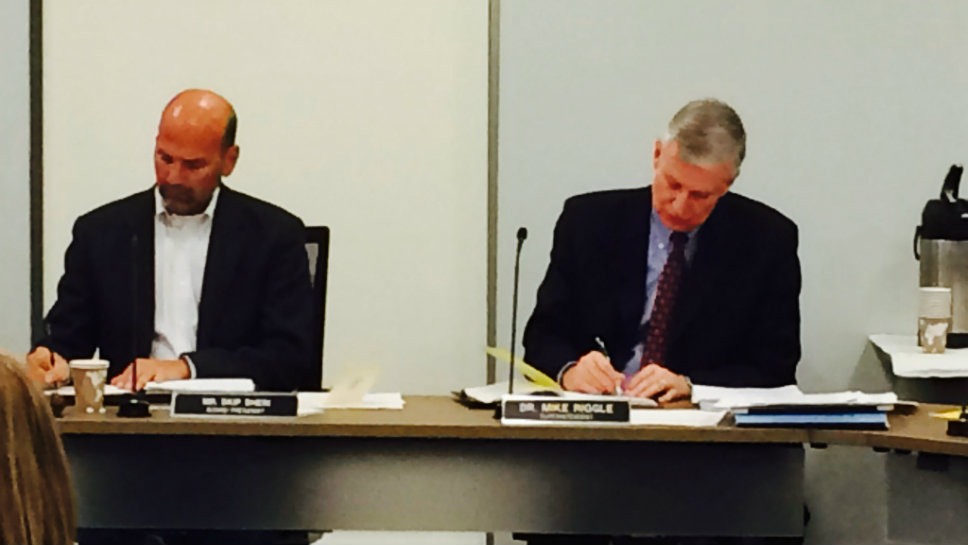 The cost to ride to and from Glenbrook North or Glenbrook South High Schools daily will be approximately $209 per student for a bus pass for the coming term, according to Gravel. He said slightly more than 1,000 students ride the bus. Superintendent Mike Riggle said the district picks up the cost for students who need financial assistance.

“There are a lot of reasons for this,” said Gravel. “One is the availability of drivers in this area and places to keep the buses.”

The situation arose when the district decided late last year to get bids for bus service one year into its new pact with First Student, Inc., as it has a contractual right to do, according Gravel. Shortly after that First Student opted out of the pact, with two remaining two years, leaving the district with potentially no bus service. He said First Student has that right.

Gravel said the main reason to enter into open bidding is the opportunity to get on the same contract cycle as most of the districts feeding into Glenbook North and Glenbrook South High Schools. The districts reasoned the added efficiency and larger buying power would produce a lower cost.

The desired improvement did not happen. After First Student pulled out of its contract with District 225, Gravel said there was open bidding between interested bus companies and the six districts.

“The open bidding was a good process,” said Gravel. “The bidding companies got to ask questions before they submitted their bids.”

Six companies initially contemplated bidding on the six-district contract, according to Gravel. He said five declined and only First Student offered.

Though the increase is 31 percent, the overall cost per ride of $81.76 is lower than other North Shore districts except Lake Forest Community High School District 115. The major reason is the sharing arrangement with the other Glenview and Northbrook districts. The cost in Lake Forest ranges from $41.99 to $88.98 per ride, according to the memo.

Township High School District 113 serving Highland Park and Deerfield High Schools operates its own service and no comparison is available.

One of the alternatives the finance committee will consider is taking the independent route along with accepting the current bid and looking at hybrid methods, according to Gravel. He said recommendations will be made to the board by February 15.