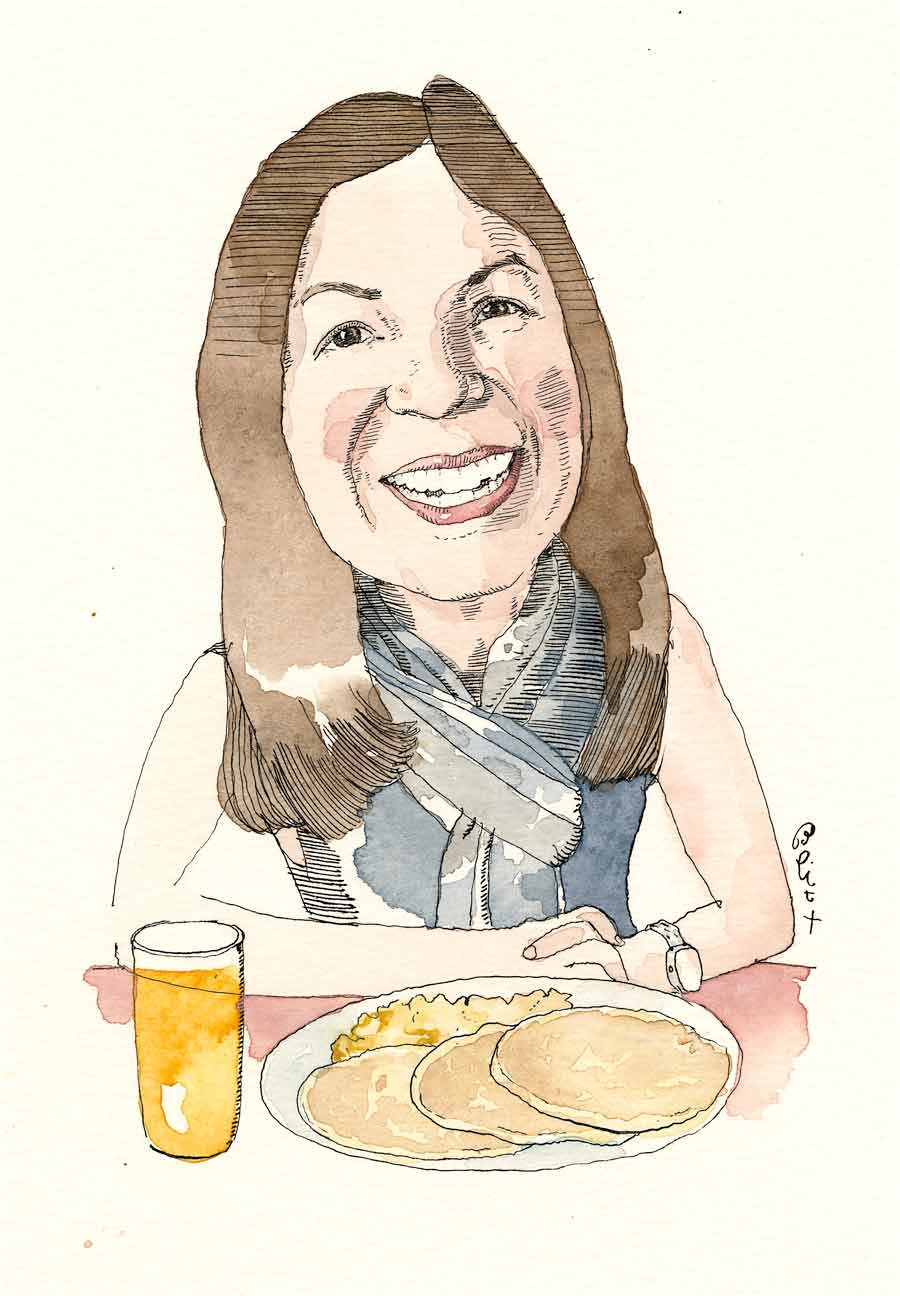 Behold a foursome of gold-medal winners in 2016. Phelps and Dwyer swam swiftly at the Summer Games in Rio, where Biles wowed the world atop gymnastics mats. Abrams — a walker, a runner, a tennis player and a fan of Scrabble, Boggle and Risk — collected her gold medal, as well as a silver medal, months later at the Marriott Marquis Hotel in New York City.

Add “Smarter”, now that Abrams, the CEO of the Illinois Holocaust Museum & Education Center in Skokie, owns a gold medal for 2016 Innovator of the Year in the division of Government or Non-Profit Organizations with up to 2,500 employees. The Highland Park resident was recognized by the Stevie Awards for Women in Business on Nov. 18. She also received a silver prize in the Executive of the Year category.

“It was a team effort,” Abrams insists during a recent breakfast at Walker Bros. Original Pancake House in Highland Park. “I work with a great team of people at the museum. I am surrounded by wonderful colleagues, with a great board of directors and amazing volunteers. We cherish the [Holocaust] survivors [approximately 6,000 in the greater Chicago area, including those from the former Soviet Union].

“I believe strongly in our direction,” she adds. “Our museum’s vision continues to motivate me.”
What visitors can expect to see in the fourth quarter of 2017 at the world’s third largest Holocaust museum: the full Interactive Survivor Experience inside the Take a Stand Center. Developed in partnership with the University of Southern California Shoah Foundation in Los Angeles, it creates holographic video recordings of Holocaust survivors with voice recognition capability that enables the recordings to respond to visitors’ questions.

It is currently in beta-test form, meaning visitors — on most Saturdays, from 11 a.m.-3 p.m. — can ask the life-size projection of Holocaust survivor Pinchas Gutter any question, with the technology allowing him to respond as if he were present.

How cutting-edge is the technology? You might want to pack some bandages and salve, just in case.
“One of our board members, Jim Goodman, already passionate about preserving the museum’s Survivor Experience, had heard about what the Shoah Foundation (coupled with USC’s Institute for Creative Technologies) was developing while sitting next to a foundation member at an event,” says Abrams, the museum’s CEO since 2014. “As soon as Jim told me about it, I thought, ‘We have to pursue this.’
“Survivors’ stories,” she adds, “have to be told. It’s a privilege to hear them and to serve as a place for others to hear them. We want them to be heard for future generations.” (Most Holocaust survivors are at least 80 years old).

Part of the museum’s mission statement is, “Remember the past, transform the future.” The striking, sprawling building itself — designed by award-winning architect Stanley Tigerman and completed in 2009 — is a structure of contrasts, beginning with its dark and rigid appearance at the entrance and ending with its bright and hopeful look. It mirrors, in a creative span, the horror of the Holocaust and the sunny possibilities when civil rights are respected. The campus, following its capital campaign ($24.5 million raised thus far), will feature the Take a Stand Center, the enthralling home of the Survivor Stories Theater, the interactive Upstander Gallery and the Take a Stand Lab.

Grade-school kids learn all about Rosa Parks and her famous bus ride at the museum, as well as such critical issues as immigration, cultural identity and community. The museum’s Law Enforcement and Democracy Initiative was launched to help Chicago police recruits “better understand the balance between individual rights and civil protection,” according to one of the museum’s goals.

The overall aim of the museum is to educate and inspire Upstanders.

An Upstander is a person who takes a stand for humanity.

“We want our visitors to make the right choices,” says Abrams, who earned her MBA at Northwestern University’s Kellogg Graduate School of Management and wrote a book, The New Success Rules for Women: 10 Surefire Strategies for Reaching Your Career Goals (Random House, 2000).

“We also want them to take a stand,” she adds. “We show people how best to express their opinions to legislators.”
Abrams — the mother of three, ages 19-23, with husband Bill — likes to read before falling asleep, when she isn’t reaching for a pad of paper on her bedside table to jot down ideas for the museum.

“I also like to get outdoors and exercise,” says Abrams, who attended Millburn High School in New Jersey. “I enjoy walking and running and playing tennis. And I love to play board games with my family.”
What also never gets old for Abrams: meeting people.

“I’m curious about people, and I learn something from everyone I encounter,” she says.
Abrams had ordered a small orange juice, one scrambled egg and two pancakes for breakfast. Our waitress arrives at our table and places a plate in front of Abrams.
Abrams sees three pancakes.

“You only have to eat two of them,” the waitress whispers.
Abrams smiles.

To the victor — to the gold-medal winner — goes the extra food.

The Illinois Holocaust Museum & Education Center is located at 9603 Woods Drive in Skokie. For more information, visit ilholocaustmuseum.org or call (847) 967-4800