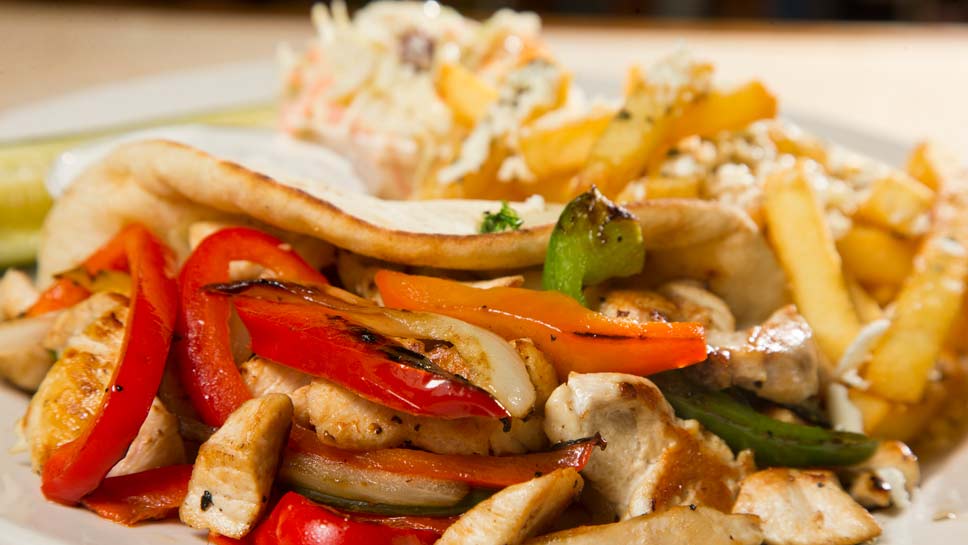 NORTHBROOK — When Helene Kapetaneas walked into The Landmark Inn Bar and Grille for the first time in the summer of 2004 she liked the “vibe” she felt so much she bought the place.

Working as a hotel purchasing agent at the time, Kapetaneas heard from her brother-in-law The Landmark was for sale and was persuaded to check it out.

“I fell in love with the patio and the soul of the building,” said Kapetaneas. “It had a good vibe. It has a warm and homey feeling. We make it feel like family.”

Kapetaneas and her brother, Constantine Kyriazopoulos, continue to operate and innovate at The Landmark, which has gone through several iterations as a bar and eatery in its more than 130-year history, according to Kapetaneas.

Starting out as Otto Funk’s saloon in 1885, according to the restaurant’s website, it is Northbrook’s oldest commercial building. Kapetaneas said it became The Landmark around 2001 after more than 50 years as the Cypress Inn.

Though Kapetaneas came into restaurant ownership from the business world, her college degree is in culinary arts. She and her brother grew up the children of a restaurateur and the menu shows the influence of all three. She relishes the opportunity to get creative.

“When I get into an expressive, creative mood it will be a crazy food day here,” said Kapetaneas.

One of those creations are the cheeseburger fries. Kapetaneas calls them the “ultimate fat guy’s moment.”

“Anything you would put on a burger is chopped up and put on a bed of fries,” said Kapetaneas. “It’s all topped with an egg over easy and our special sauce.”

Though she has changed a lot of things, Kapetaneas said, burgers, beer and the chopped salad are the hallmark of the Landmark. There are 11 hamburgers—all half pound—on the menu, 12 beers on tap and more than 60 in bottles. She said there are always a good variety of local craft beers in the mix.

“When I started out I looked for a lot of craft beer,” said Kapetaneas. “Now that it’s mainstream I have fun.”

Of the 11 hamburgers, there is family influence in some of them including one suggestion from the owners’ father. Kapetaneas said when he had his restaurant a Monte Cristo sandwich was a craze.

“He said put a Monte Cristo on the menu,” said Kapetaneas. “The Monte Cristo burger is my variation.” It consists of the ground meat topped with ham, Swiss cheese on a bun dipped French toast style in egg batter and topped with apple aioli. “It’s delicious and rich.”

When Kyriazopoulos went on a trip he came back with the idea for the Santa Fe burger. It is wrapped in a tortilla with cheddar, jalapeno peppers, avocado, tomato, lettuce and black beans.

“He went on a vacation somewhere and said you have to try this,” said Kapetaneas.

There is a 12th burger. Kapetaneas said there are often customer variations, which the patrons suggest and the staff responds if it can.

Though not a lot of restaurants offer a half-pound of ground beef for their hamburger, Kapetaneas said the size has a swarm of virtues.

“It’s the perfect size,” said Kapetaneas. “It still retains all its juices and you can cook it at any temperature you want.”

Along with the burgers, beer, salads and fries, The Landmark offers more than a dozen starters including calamari and some Greek influence. There are a variety of soups, salads, sandwiches, wraps and sides. And there is dessert including the original cake balls.

For the sports fan, there are numerous televisions behind a bar stretching the length of the restaurant as well as in the dining room itself. Kapetaneas, who was wearing a Chicago Blackhawks shirt during her DailyNorthShore.com interview, said the place is an official Hawks bar.

“The red lights go off and we play (Chelsea Dagger),” said Kapetaneas. “We get a pretty good crowd for the games. When the Cubs had their run we did pretty well too.” 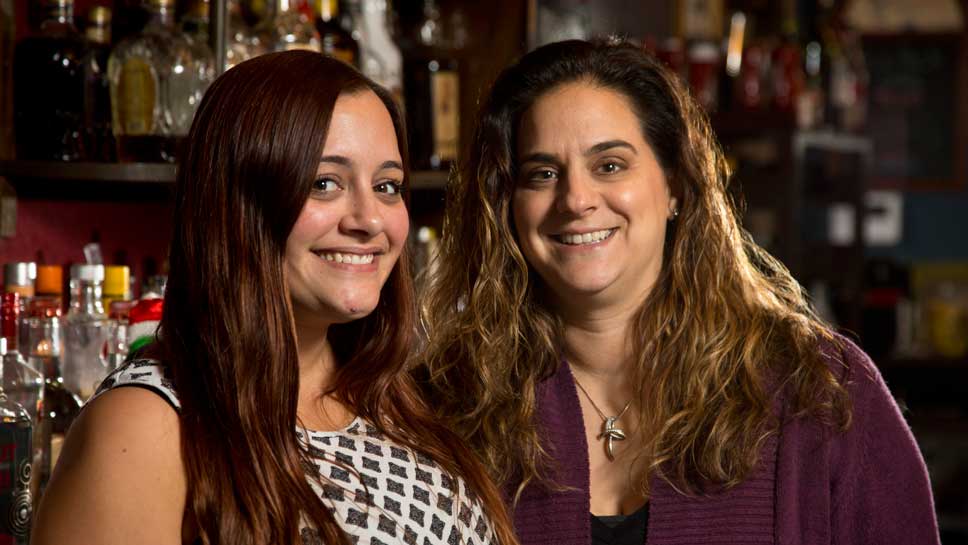 Kaylee Dziervynski the bartender (left) and Helene Kapetaneas owner at The Landmark Inn Bar and Grille in Northbrook. 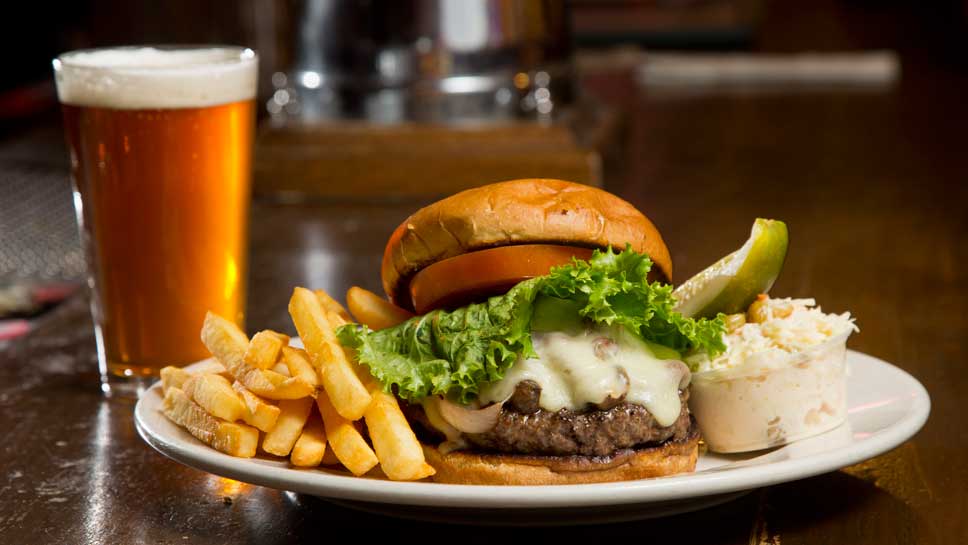 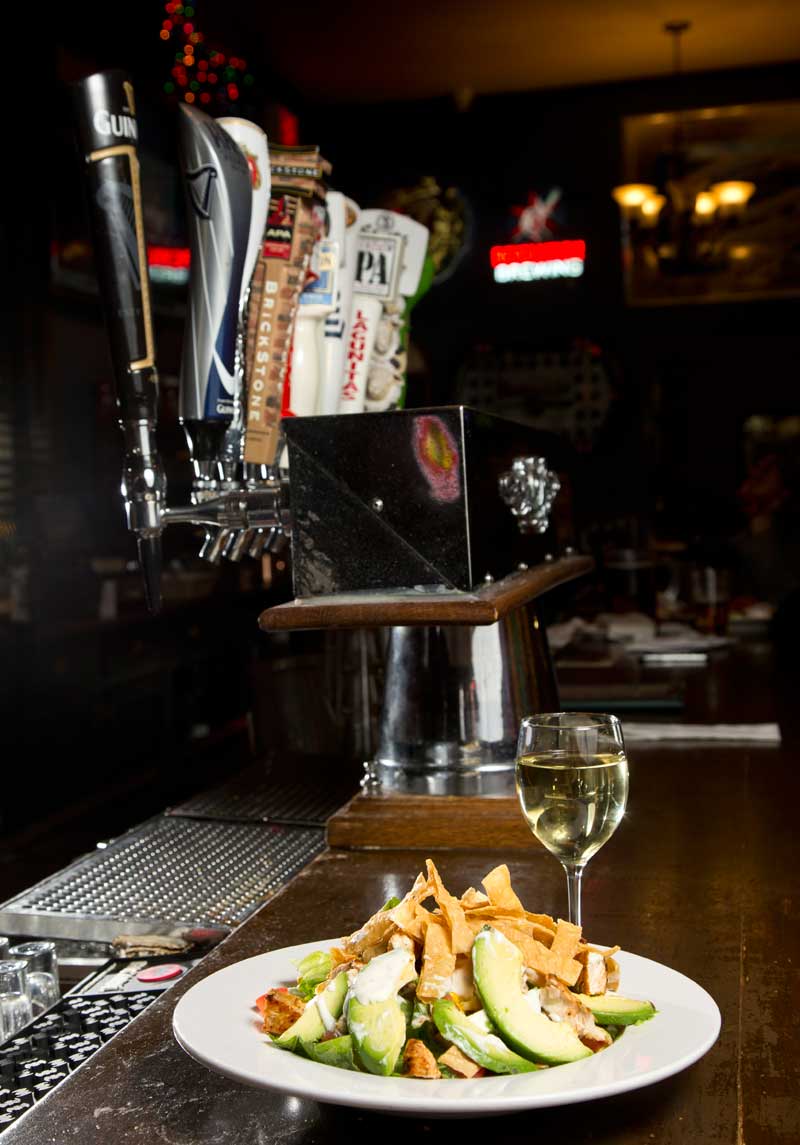 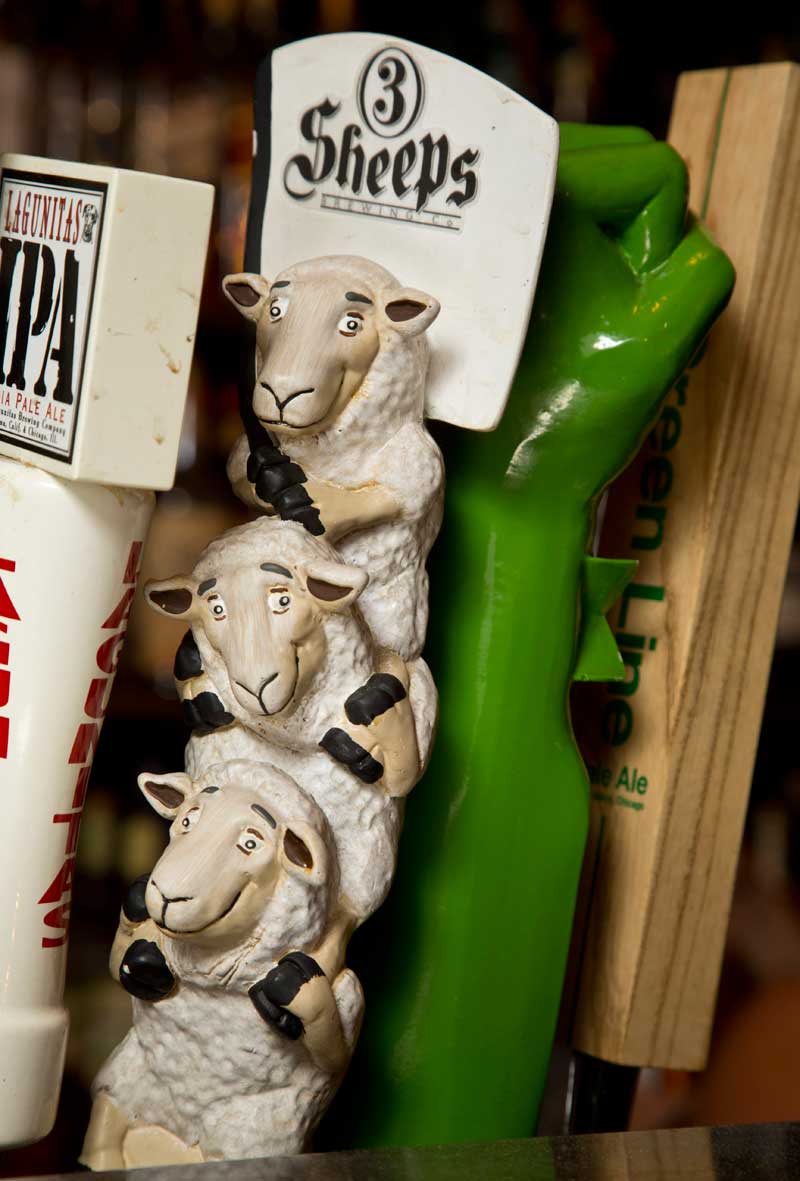 3 Sheeps is on tap at The Landmark Inn Bar and Grille in Northbrook.