North Shore residents will have another reason to think twice before crossing the railroad tracks after the crossing systems have activated. Effective January 1, fines are double for drivers who disregard activated railroad gates and warning lights.

The new measure — signed into law by Governor Bruce Rauner in July 2016 — increases fines from $250 to $500 for a first offense and from $500 to $1,000 for a second or subsequent offense. The legislation was initiated by Metra in the spring of 2016 to “promote rail safety awareness and eliminate preventable injuries and deaths at highway-rail grade crossings,” according to a Metra press release.

From Wilmette to Lake Forest, there are railway crossings in every village along the North Shore and neighboring western suburbs. And nearly every year, there is a tragic accident that could have been prevented.

While Illinois boasts the second largest rail system of any state, in 2015 it also had the third highest number of rail crossings collisions, the second highest number of fatalities and the third highest crossing injuries, according to a Metra press release. Some of those incidents were on the North Shore. Between January 15, 2015 and November 16, 2016, eight accidents involving railway crossings occurred in North Shore suburbs including Wilmette, Glencoe, Highland Park, Highwood, Lake Forest, Deerfield and Northbrook.

Metra officials hope that the increased fines will prevent accidents on the tracks which cause delays for customers and trauma for engineers and conductors.

Nationally, over 50% of all vehicle incidents involving trains are a result of motorists driving around lowered gates, according to Chip Pew a railroad safety specialist for the Illinois Commerce Commission and state coordinator for Illinois Operation Lifesaver. Pew estimates this high number can be attributed to the fact that train crossings with gates tend to also have higher vehicle and train traffic.

But Pew also believes that another factor is impatience on the part of drivers. Federal law requires that trains approaching railroad crossing much provide at least 20 seconds of notification. In the time it takes for the bells and lights to go off and the gate to lower, Pew estimates that drivers have only about 10 seconds to drive around the gate and clear the tracks before a train could hit them.

“When those lights start flashing that train is only 20 seconds away. Those people are just rolling the dice,” Pew said, in regard to drivers who disregard railroad safety measures.

While the intention of higher fines is to discourage drivers from breaking the law, Pew says it has been difficult to gauge the effectiveness of issuing fines. “(J)udges have been known to, on numerous occasions, either throw out the tickets or reduce them to the same offense as running a stop sign.” But Pew said Illinois Operation Lifesaver continues to work with local police to discourage drivers from ignoring the laws. “We have worked with and encouraged local law enforcement to write more tickets. I has met with reasonable success,” he said.

But the message for motorists is clear: attempting to beat the train is  more than just risky. According to the Federal Railroad Administration 96% of all rail-related fatalities and injuries occur at railroad crossings or due to trespassing. And almost all of these deaths and injuries are preventable. 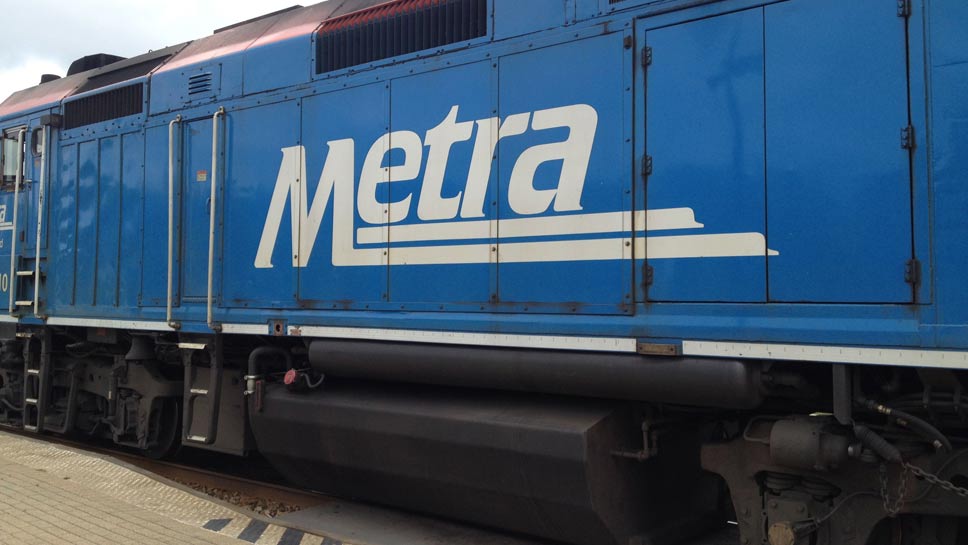