There is no denying that tacos are having a moment. But a better description of the food at La Principal in Evanston — a taco joint and more — is Mexican street food.

“We wanted a place that is affordable and approachable. Someplace people wanted to come by several times a week,” Eric Young told DailyNorthShore.

Young opened the La Principal with his business partner, Derek Gaspar, two years ago at its location on the corner of Main Street and Custer Avenue, right across from the Metra line. The business partners took over a long-time Mexican restaurant and changed the concept.

“We didn’t want old school, we wanted it to be contemporary — someplace we would want to go out to,” Gaspar explained. Both North Shore residents, Gaspar and and Young know a thing or two about restaurants. They’ve owned the popular Lucky Platter just down the street for about four years. Young is also a trained chef who worked for the restaurant group Lettuce Entertain You, as well as Restaurant Michael, in Winnetka. 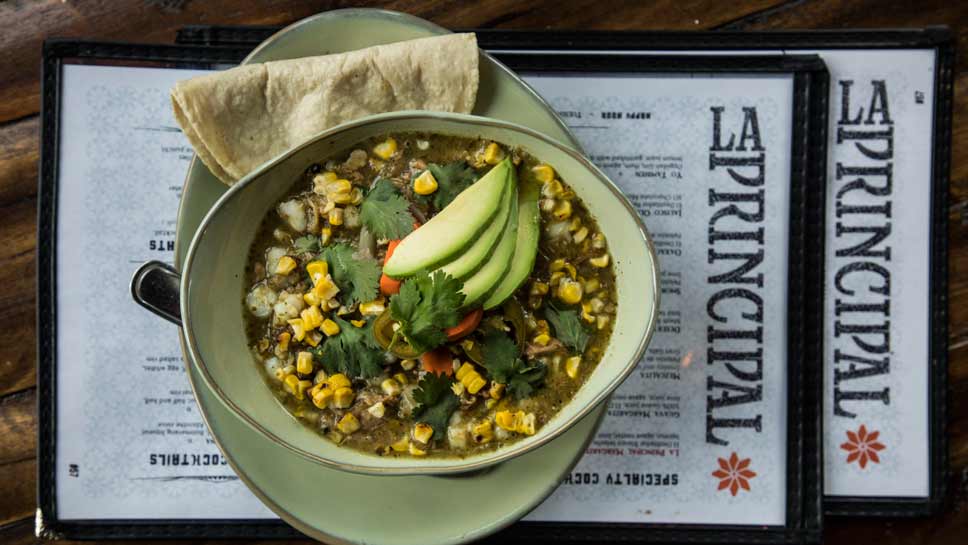 With the exception of the kitchen, the space was completely gut-renovated. An expansive bar was installed in the front of the restaurant, with a lounge area outfitted with comfortable chairs and a coffee table near windows that overlook Main Street. Green and red decor brighten up the space, while the tall original ceiling was left exposed.

The partners hired what they described as a “vigilante street artist” to paint murals of animals throughout the restaurant. A large falcon in the bar area— complete with baby chicks hidden near the windows — is a nod to the Evanston Public Library’s resident family of falcons located not too far from the restaurant.

La Principal definitely achieves a neighborhood feel, someplace people keep coming back to. “It’s a city neighborhood restaurant. It has an urban feel to it so you don’t need to go out to Wicker Park to get that current vibe and excellent food,” Gaspar said. Indeed, many of their customers are regulars, stopping by two or three times a week to grab a bite.

While the menu is heavy on tacos, there are plenty of other unique dishes to choose from.

The ahogado torta is a standout, comprised of achiote seasoned pork, black beans, red onions and chile broth. “It’s engaging and fun and a little bit messy,” Derek said. The pozoles are also popular dishes. Young described a pozole as a cross between a soup and a stew, perfect comfort food as it starts to get chilly outside. The starter menu includes elotes — charred corn on the cob served with mayonnaise, cotija cheese and chile seasoning — their riff on a popular Mexican street food.

And let’s not forget the tacos, since you can’t have Mexican street food without tacos. There is a full assortment to choose from, including mescal battered cod, chicken braised in chipotle and the always popular al pastor. There is even a braise beef tongue taco, which you don’t find everywhere. But when creating the menu, Young tried to steer clear of ingredients people don’t recognize. “I tried to strike a balance between creative but approachable,” he said.

La Principal is open for lunch and dinner, but weekday mornings there is also a breakfast take-out window for commuters headed for the Metra station. In addition to serving their own blend of South American coffee, they also offer churros, breakfast tacos and Mexican hot chocolate.

While La Principal is undoubtedly popular with the neighbors, it’s also become a go-to spot for nonprofits. For the past year, Young and Gaspar donate $1 of every taco sold on the last Tuesday of the month to various local nonprofits that include JJ’s List, PTA’s and the local schools, among others. 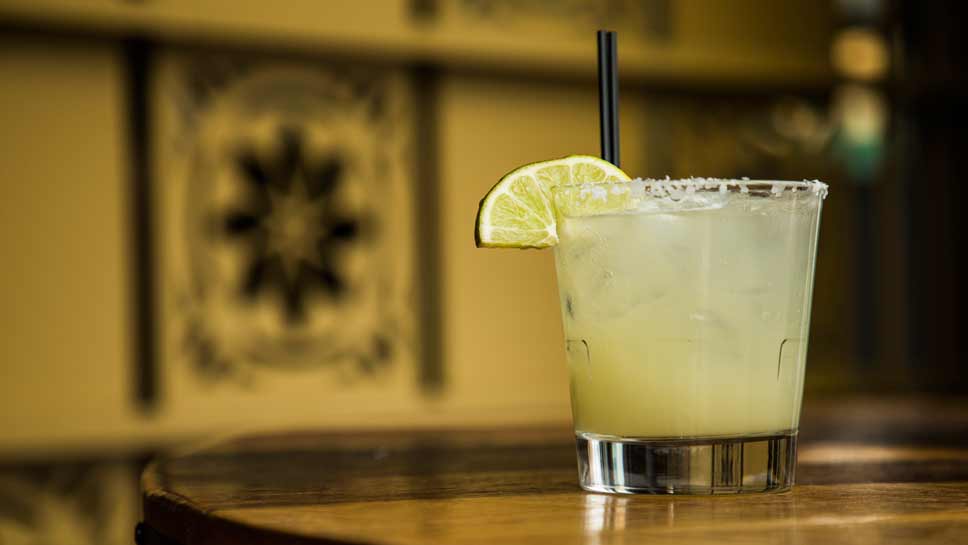 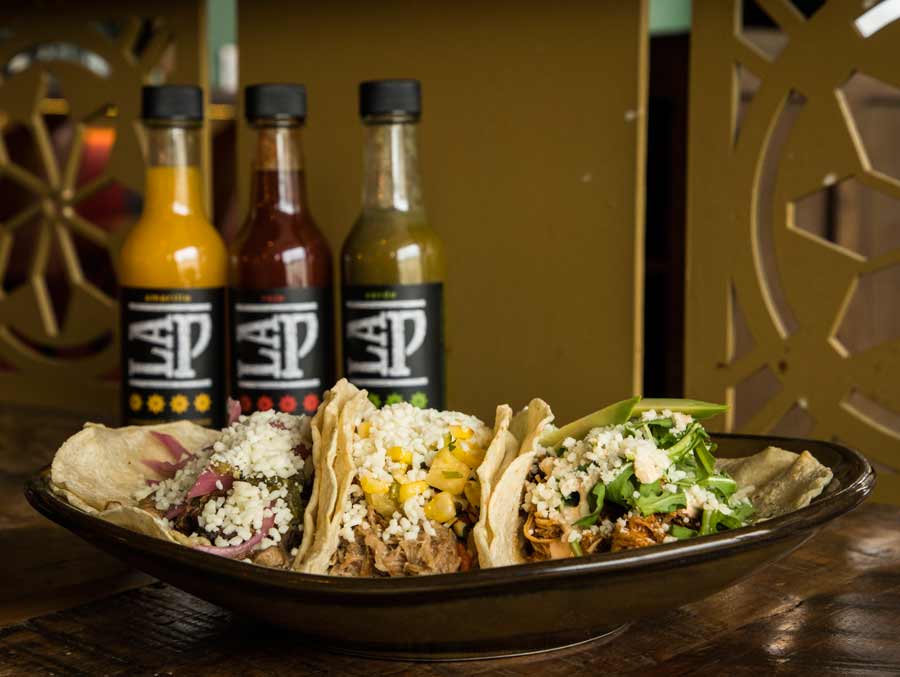 Tinga, Carnitas, and Lengua Tacos and their homemade picantes 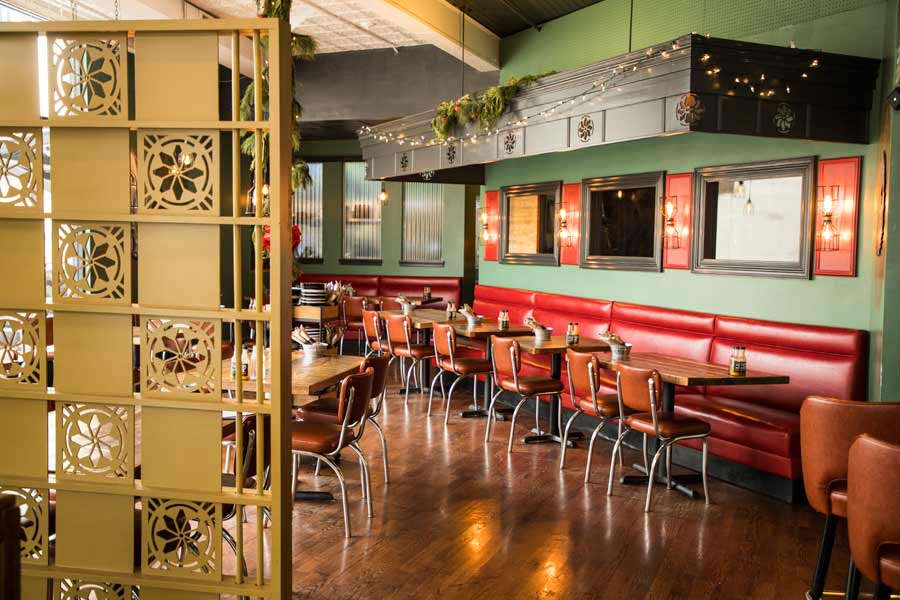 The Interior at LaPrincipal in Evanston.