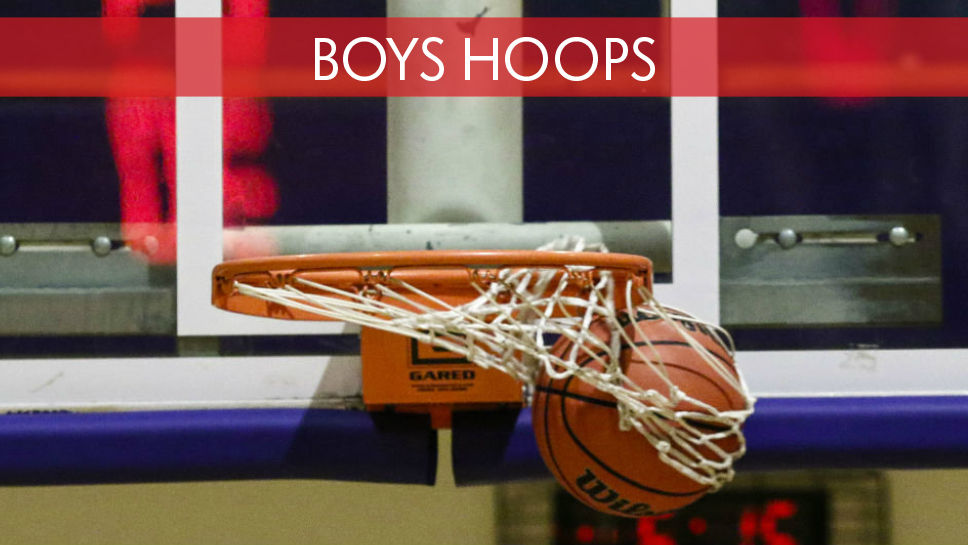 The Titans shot 72.9 percent from the field in their 85-56 victory over Perspectives in the consolation bracket at the Wheeling Hardwood Classic on Dec. 30. GBS finished the tourney with a 2-2 record.

Despite starting three sophomores — Will King, Jimmy McMahon and Gavin Morse — the Ben Widner-coach squad is a .500 team at the break (7-7).

Of course, it also helps to have a standout senior in the lineup in Matt Giannakopoulos. The 6-foot-5 guard/forward, a three-year varsity player, tallied 21 points, 10 rebounds and five assists in the team’s 29-point win over Perspectives. He went 8-for-8 from the foul line. He was 6-8 from the field.

“Obviously, he’s a good player,” said Widner. “And he’s really matured as a team leader. He’s one of the most vocal players in our locker room.”

In the four-game set, Giannakopoulos averaged 17.5 points, 8.25 rebounds and 2.0 assists. He shot 50 percent from two-point range.

The GBS head coach also is pretty excited about “The kids”.

“They’ve shown us that they can play now,” Widner said.

Against Perspectives, Morse was the team’s second leading scorer (13) and co-steals leader (3), while McMahon had nine points, five rebounds and two steals.

King didn’t do a lot of scoring (2 points), but he did have three assists. Playing point guard, he had only one turnover.

And now, say hello to Dominick Martinelli. The 6-2 freshman was promoted to the varsity prior to the Hardwood Classic. And he’s not waiting around to make an impact.

Brother of 2016 grad, Jimmy Martinelli, who is averaging 8.7 points and 7.8 rebounds per game during his freshman season at New York University, the varsity newcomer came up with 11 points and four rebounds against the Wolves. The left-handed shooter closed out the first quarter with a buzzer-beating three-pointer.

“We saw an opportunity for him to play so we brought him up,” said Widner. “He’s a competitive kid. He plays with a lot of confidence.

“He knows he belongs up, and the rest of the team knows it, too,” the coach added.

Several other players, including senior guard George Arvanitis, junior guard Yianni Mavrakis and senior forward Jacob Elgazar, turned in solid minutes against Perspectives. Arvanitis scored eight points on 4-for-4 shooting with two assists and three steals. Mavrakis came off the bench to score 12 points, including a buzzer-beating three-pointer just before halftime. And Elgazar had seven points and two points.

Widner loved the way his team kept their focus — and perspective — throughout the 32 minutes.

“At half, we talked about how we needed to keep fighting and maintain a maximum effort,” said Widner. “And despite making a few turnovers (14 TOs for the game), we did that.

“We knew that Perspectives wasn’t going to quit,” he added.

Player of the Game: Giannakopoulos