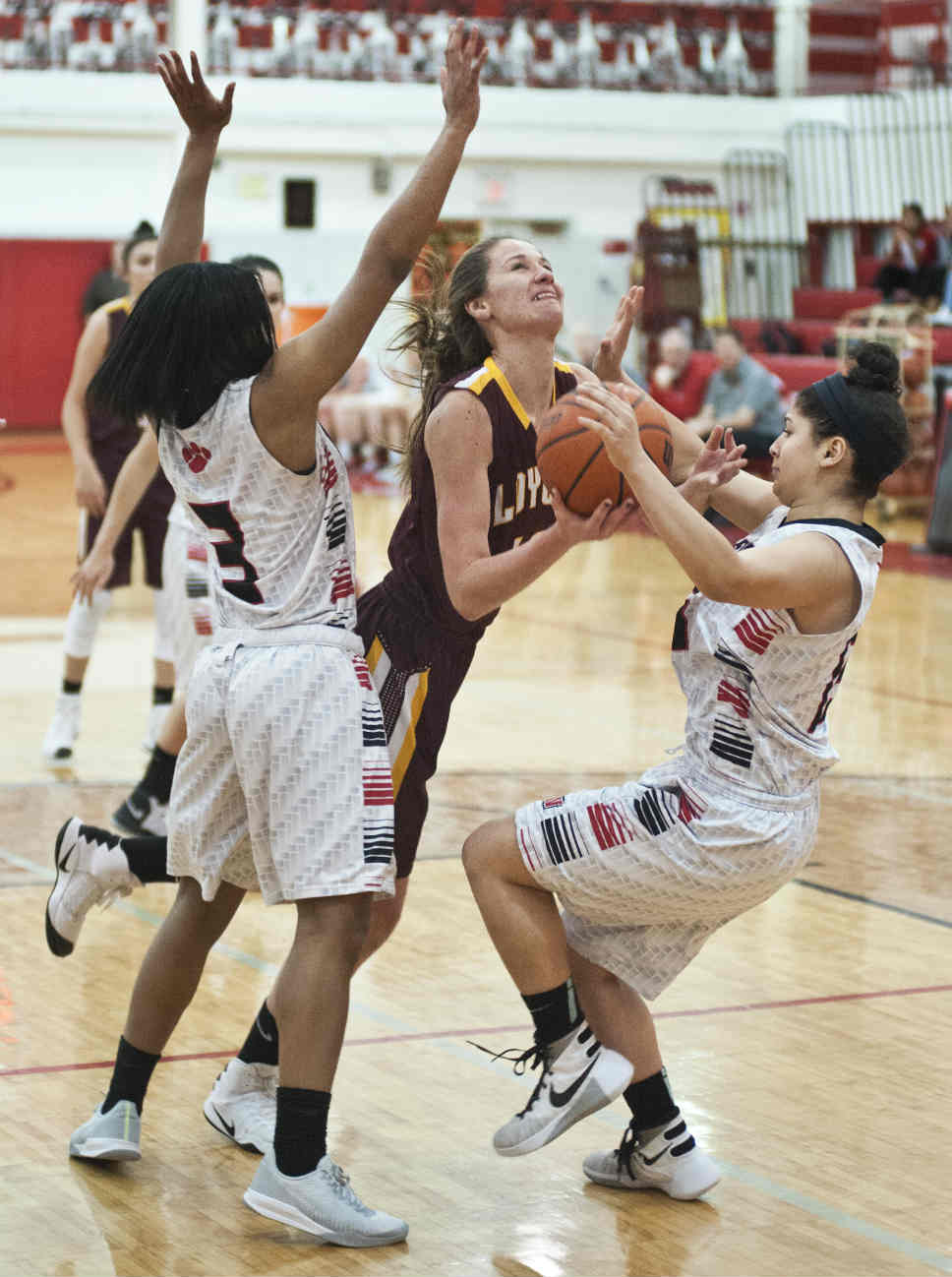 Junior Lilly Wehman of the Ramblers receives a double team as she drives the lane against Niles West. She had 10 points, seven rebounds and three blocks in the win. PHOTOGRAPHY BY GEORGE PFOERTNER

She was forced to hit the pause button last season.

So you can understand Lilly Wehman’s state of mind, when she finally got back on the court earlier this winter.

Her adrenaline was racing at an alarming rate.

And her turnovers were coming — just as rapidly.

He always has. He always will.

But even Schoenecker had to grimace a little at Wehman’s penchant for miscues. Wehman wasn’t being Wehman.

“She really struggled in the first four or five games,” said the LA head coach. “Kept turning the ball over.”

Finally, Schoenecker and his top assistant, Jon Wolfe, sat her down. They had a good talk.

Wehman got the message.

“She’s getting back to normal Lilly,” said Schoenecker.

There are indications that LA’s prized 6-foot-2 junior, who missed the entire 2015-16 high school season rehabbing an ACL injury, is about to break out.

Wehman certainly showed glimpses of her “old self” in a 66-46 win at Niles West last week.

On one possession in the second quarter, Wehman got the ball out on top, put the ball on the floor and beat her defender with a spin move.

It was a big-time play. Athletic.

Only one problem: the basket was wiped off when she was called for double dribble.

It was a borderline call.

Then, on LA’s very next trip down court, Wehman positioned herself inside, grabbed a long rebound off a missed three-point attempt and immediately converted the And One into a three-point play.

That — right there — got Schoenecker excited.

“She had been playing very passive. Not wanting contact,” the coach said. “But tonight, she went hard for rebounds and attacked the rim. It was nice to see.”

Wehman, who plays her club basketball with ALL IN Athletics, ended the game with solid numbers: 10 points, seven rebounds and three blocks.

When Wehman is at her best, she can mess up an opponent’s scouting report pretty good. Her ability to shoot the three — which she did in the opening quarter against Niles West — creates match-up problems.

“I’m starting to get some three-pointers to fall,” said Wehman, who hit two treys in LA’s 66-36 win over visiting Taft on Dec. 22.

“Teams don’t think the tall girl is going to shoot the three,” she added, with a smile.

“Her ability to knock down a three,” said Schoenecker. “That’s an advantage for us.”

Having a head for the game also helps. Wehman is instinctive on the court. That played out early in the fourth quarter against Niles West, when she scored on a combination play with sophomore point guard Julia Martinez.

Following a steal, Martinez hurriedly raced down court with the ball but was cut off from the basket by a Niles West defender. In a flash, Martinez made a jump stop, looked back and quickly fed a hockey-like drop pass to Wehman, who was filling the lane and asking for the ball.

“I turned and saw Lilly,” said Martinez. “And I thought: perfect, here you go Lilly, do your job.”

As the starting point guard, Martinez is excited to see Wehman’s game come around.

“With the ACL injury, you couldn’t blame her for having a slow start,” said Martinez. “Still, she was playing OK. She just wasn’t the Lilly we know.

“But in the last few games, she’s really stepped up,” the guard added. “She’s one of our main players. She’s going to be a big factor for us.”

Last season was a hard one for Wehman, who has been playing hoops since the third grade and who is destined to play at the collegiate level. She sustained her ACL injury — right leg — in a fall travel tournament in Milwaukee in late September and had successful surgery on Halloween.

“The mental component was the difficult part,” said Wehman, who played significant minutes on varsity during her freshman campaign. “It was hard sitting on the bench and not playing. You’re itching to get out there.”

Physically, she has no limitations. She’s pretty close to 100 percent.

“The ACL injury was unfortunate. It’s hard for a player to miss a season,” said Schoenecker. “But here’s a player who has dedicated herself to basketball. And I feel like when she plays well, we play well.” 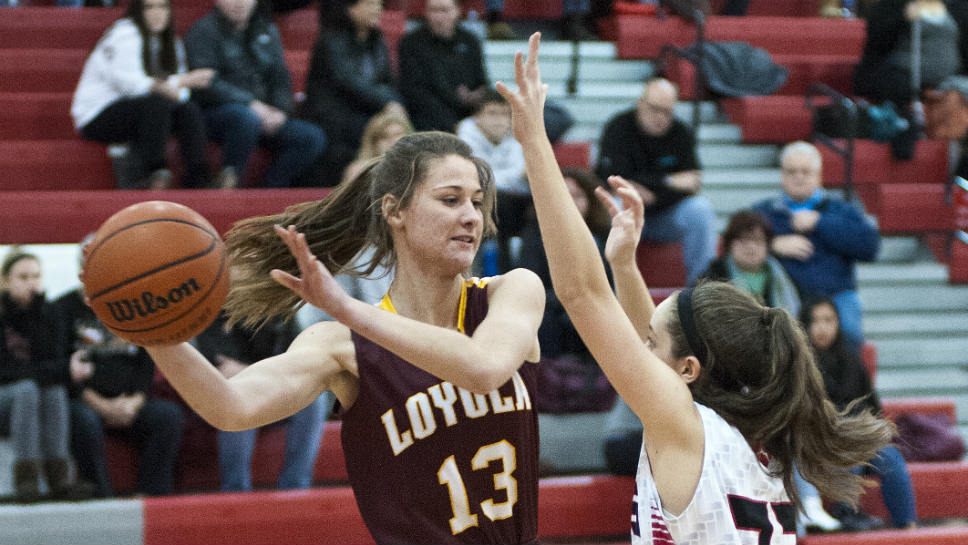