Concurrently, three City Council members whose terms expire in April 2017, Dan Kaufman, Alyssa Knobel and Kim Stone, are running for re-election facing a new challenger, Stan Lester, who will attempt to unseat one of them from serving another four-year term.

DailyNorthShore.com asked the new candidates what makes them a good fit for City Council, and the incumbents why they should be re-elected.

First, let’s meet the candidates who are vying to take over Frank’s two-year position:

Laura Saret has publicly called for the resignation of the D-112 Board of Education, but she has chosen to run for City Council instead of the school board.

“The board appointed a committee of district representatives who devoted hours to coming up with a solution that the community can support; yet, the board refused to delay BDR3 until their work could be completed,” said Saret. “The elected board did not provide leadership to the community.”

Saret said she thinks there are some very good people running for the school board and believes that her “background, experience, and interest lends itself to the work that the City Council does.”

Saret has served on Mayor Nancy Rotering’s Human Services Task Force and the Ravinia Neighbors Association. She worked full-time at Oakton Community College for more than 30 years, as a professor of business and computer technologies, and she chaired the Computer Technologies Department.

“The Task Force prepared me for a seat on the Council by making me more aware of community needs from seniors who want to continue to live in Highland Park, to parents who are looking for places for their disabled children to live and work,” said Saret. She also worked on behalf of children on free or reduced lunch in schools and parents with multiple jobs in need of childcare assistance.

Davis Schneiderman is a professor of English and associate dean of the faculty at Lake Forest College. He has experience on the Reconfiguration 2.0 Steering Committee and CARE (Citizens Actively Renewing Education).

Schneiderman said there are many “dedicated and intelligent” candidates running for the school board. “My work with 112 has shown me how the community views the inter-relationship between the health of our schools and the strength of the city. Our governmental bodies are separate, but our fates are intertwined,” he said.

Schneiderman explained that his platform is focused on listening. “I have learned more from knocking on doors, participating in coffees and public debates, and talking with the people who make up our community than I ever could by merely sitting in a room,” he said.

Schneiderman has advocated for the beach with Friends of Rosewood, supported CLEAR (Community Leaders Educating and Advocating for the 113 Referendum) in the second 113 referendum, and he serves as a RNA board member.

At Lake Forest College, Schneiderman has chaired academic departments and programs and is involved in strategic planning and budgeting. “I have served as principal investigator for a National Endowment for the Humanities grant connected to the history of land-use and urban planning, and I currently administer a Chicago-focused digital humanities grant from the Mellon Foundation,” said Schneiderman.

“My values match those of our community, and the diversity of my experience has helped me prepare for the possibility of a City Council seat,” he added.

Adam Stolberg is married to Samantha Stolberg, who is the vice president of the D-112 board. “Samantha and I grew up in Highland Park and we both strongly value civic responsibility and community service and believe that by getting involved in local government we are modeling these values to our own children,” he said.

Stolberg understands the issues facing NSSD 112 are a priority. “As a councilman, I will work to encourage strong intergovernmental relationships, while addressing the concerns of the community as a whole,” he said. “My experiences as Plan Commission Chairman during the District 113 referendum and construction show my proven ability to facilitate successful results for our Community.  It is imperative to listen to both sides to ensure compliance and public safety in order to achieve everyone’s goals,” he added.

Stolberg has devoted almost six years of service to the City of Highland Park. “As Mayor Rotering’s appointment to oversee the merger of the former Design Review Commission into the current Plan and Design Commission, my knowledge of city policy and practices was significantly expanded,” he said.

Stolberg compared running a homeowner association to running a small city. “As CEO of Advantage Management, I manage over 110 associations with annual budgets exceeding $100 million and $10-plus million in capital expenditures,” he said. “Every day requires addressing challenges by working with and listening to residents’ needs and concerns.”

Stolberg continued, “As a councilman, I will bring to City Hall my professional and public service experience, my strong financial and real estate knowledge and my deep love and commitment to our community.”

Dan Kaufman said, “As a councilman, I have worked to ensure that we are a transparent, accountable and responsive city that provides high-quality services to our residents and keeps moving our community forward. I will keep focusing on fulfilling the core priorities of fiscal stability, public safety, infrastructure investment and community vibrancy. I view human services and economic development as important parts of these priorities,” he added.

Kaufman said he strives to make thoughtful, well-reasoned decisions on all issues that come before the council that are based on data as well as community input. “I have found my civic, charitable and other leadership experience, as well as my work as an employment lawyer who deals with personnel and other issues that require problem solving, to be invaluable as a councilman,” said Kaufman.

As a Highland Park City councilman, Alyssa Knobel said her priorities for the city focus on fiscal responsibility, public safety and investment in infrastructure, collaborating with sister governments and enhancing economic development.

“I take great pride in acting as a sounding board, bringing individual resident and neighborhood concerns to the city,” Knobel said. “I deeply understand the ‘big picture’ and have worked to address external issues ranging from Springfield’s volatile financial policies to fighting to uphold our community’s ban on assault weapons. As much as we’ve accomplished, there is more to do. I’ve spent the last four years working for our community, our businesses and our quality of life and will continue to work collaboratively on behalf of our community every day.”

Kim Stone brings to the City Council over 20 years of professional experience in non-profit management, and a Master’s Degree in Public Policy. “During my service on the Council, I have worked to make sure that we are spending money efficiently and effectively; implemented sustainable policies so that our natural resources are preserved for our children and grandchildren; and taken action to make Highland Park a more attractive place for business and culture,” said Stone. “My expertise in environmental issues, energy efficiency in particular, has enabled me to help increase the sustainability of City operations, which saves money.”

Stone continued, “I know how to build consensus, work collaboratively with our sister governments, and deal with tough issues to meet the needs of Highland Park residents. I also strive to be responsive to resident concerns. I believe that my record over the past three years serving as a City Councilwoman confirms this.”

Before Stan Lester came to Chicago he managed the Institutional Trading Department at a Wall Street firm. Later in 1973 he became an early member of The Chicago Board Options Exchange.

“When I ‘retired’ from that physically and emotionally demanding activity after almost 20 years, I founded Telemap, a company which introduced computer mapping and the integration of databases to the Chicago business community,” said Lester. “I sold this business in 2000 and retired in Highland Park.” Lester served on staff of the AV department at the Highland Park Library for about five years.

“These skills and managing a successful entrepreneurial business make me an excellent candidate for being involved in the oversight and management of our City of Highland Park,” he said.

What makes Lester different from the incumbents is that he is “senior to them in age and life experience. More than 35 percent of Highland Park voters are over the age of 60.  I am completely free to devote maximum time and effort to making our city the best that it can be,” Lester added. 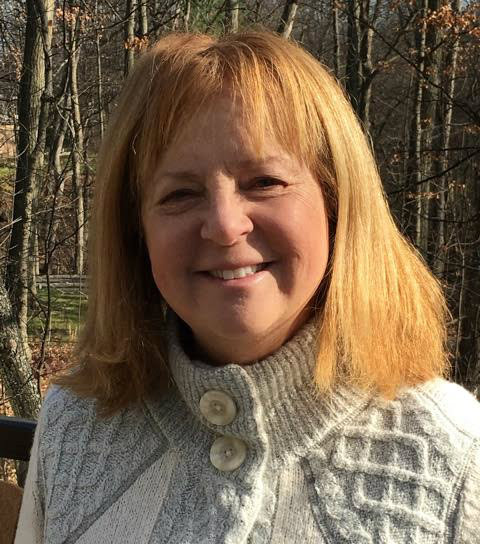 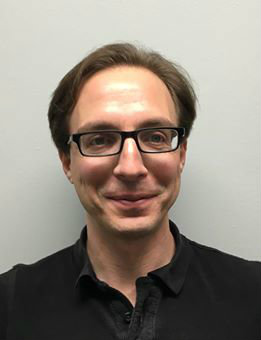 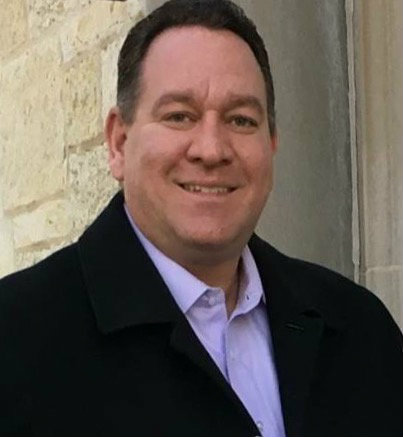 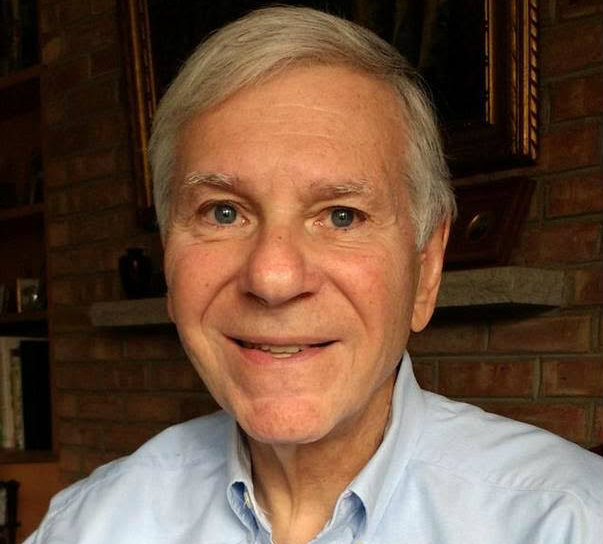 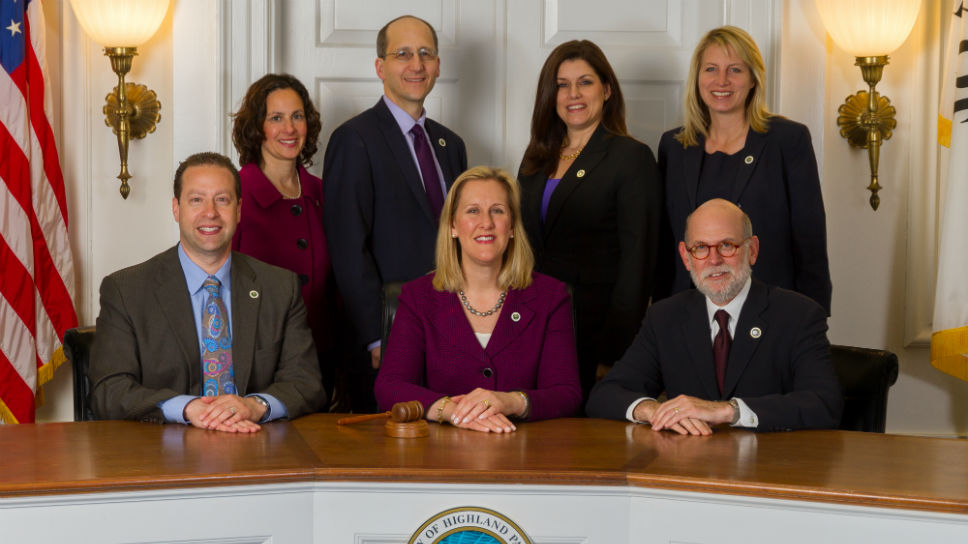