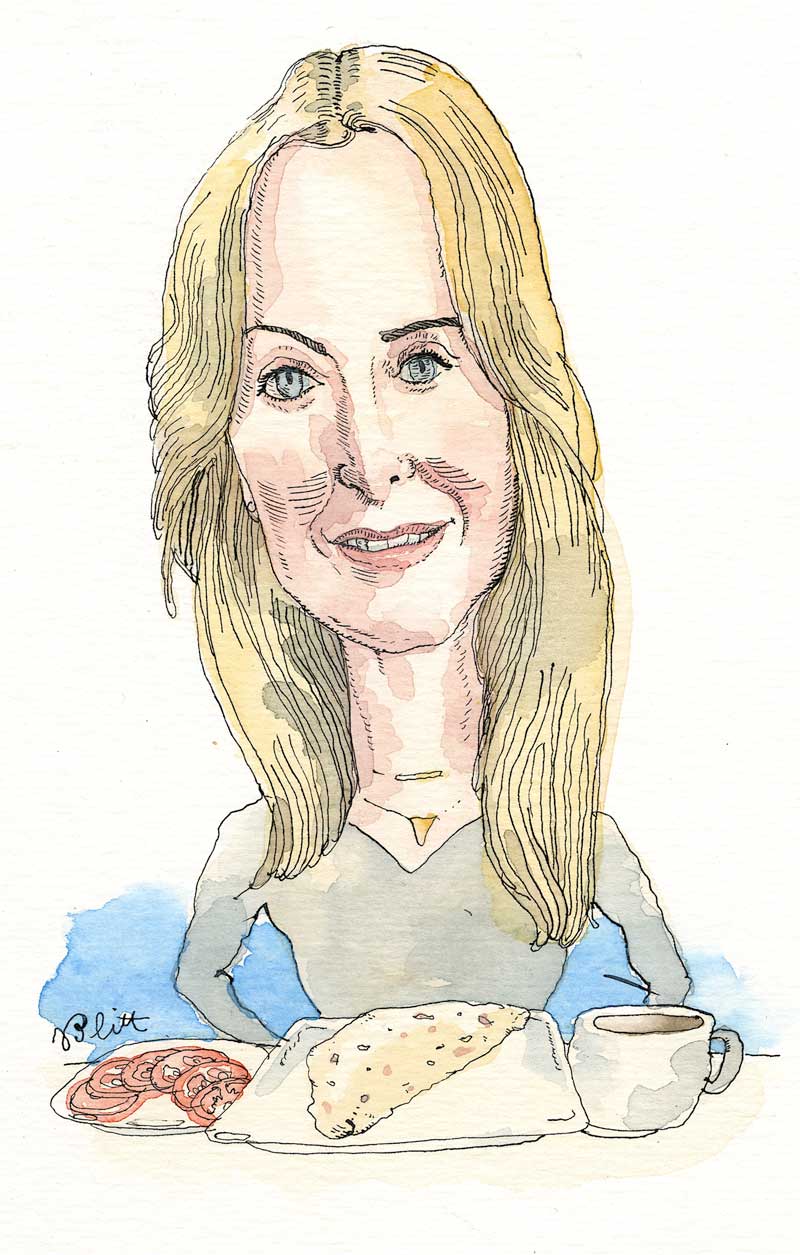 The warning from the dean was blunt. Its target was the dean’s interviewee, Jill Spatz, then 37 years old and a former special education teacher at a school in Rogers Park.

Spatz, mother of three, was an applicant for admission at Rush University’s College of Nursing in Chicago.
The dean wanted to make sure Spatz knew what would happen to her world were she to become a student in the two-year master’s program.

“I was told, in essence, ‘We’re going to own you for two years,’ ” Spatz, now 47 and living in Highland Park, recalls.
Spatz did not blink after hearing the warning. A shrug … without shrugging.

“I tend to take on challenges,” she adds from a seat at Once Upon a Bagel in her hometown. “I like challenges.”
Spatz flattened the challenges in the classroom in the next 48 months, achieving a 4.0 grade-point average. She missed a week of nursing classes to spend time shadowing nurses at Fertility Centers of Illinois-Chicago/River North. Nurses there were hands-on, excellent listeners, committed professionals.

“I learned a great deal during that week,” says Spatz, who had earned a master’s degree in education from National Louis University after attending the University of Missouri and choosing not to pursue a career as a science writer. “I learned you could be a teacher and a nurse at the same time. You could care and educate at the same time. To be able to apply my teaching background and my interest in science in such a setting excited me.”

One of the center’s doctors then was Dr. Brian Kaplan, a reproductive endocrinologist with a large international patient base. Kaplan must have liked Spatz’s tenure as a shadower. He offered her a job — before her Graduation Day, before she passed the National Council Licensure Examination (NCLEX). Spatz graduated. Spatz passed the exam. She became a fertility nurse at the center, where she works today.

“I’d gravitated toward women’s health care when I was a student [at Rush], going through nursing clinicals in different settings,” Spatz, a Glenbrook South High School graduate who grew up in Northbrook, says after ordering an egg-white omelet with lox and onions, coffee and a plate of tomato slices. “I thought I’d become a labor and delivery nurse.

“I had struggled with fertility myself, trying for years to get pregnant [with her first husband]; I’d gone through fertility treatments.”

Her reproductive endocrinologist, more than 17 years ago? Dr. Brian Kaplan.

Her first year as a nurse at Fertility Centers of Illinois was 2011. A couple of year later, she was sitting at home with her second husband, Michael. Something was bothering her. Her patients at the center were on her mind. Jill voiced her thoughts, and Michael served as an attentive sounding board.

“At the fertility office we suggest patients buy vitamins and supplements, sometimes a multitude of them,” Spatz says. “They’re pills for women and men, some of them monster pills. There are vitamin sheets for women, vitamin sheets for men. Patients had questions … questions about the cost and the quality of the pills, about the nausea that some cause. I thought, ‘There has to be a better way for women and men to consume supplements.’ ”

She threw herself into researching a creative alternative to something conventional and came up with fertility bars, some for women and some for men. Her company is called Barology (www.barologybar.com), launched in June. It took Spatz two years to develop the bar formula and tastes (flavors include dark chocolate cherry, blueberry almond and blueberry key lime). The bars combine science and nutrition to enhance fertility with an enriched vitamin and supplement blend. Dr. Kaplan branded the idea “brilliant,” Spatz says. A key ingredient in the bars is Kaplan’s recommended antioxidant cocktail.

“We wanted to make taking supplements easier,” Barology’s mission states. “No more hunting from store to store for vitamins and supplements, taking a bunch of hard-to-swallow pills or worrying about proper dosages. We believe we’ve provided a better, more delicious way to take vitamins.”

A yummy day for Spatz involves running along the Green Bay Trail, spending time with her children (a 17-year-old and 13-year-old twins) and patients, joining Michael for a fixer-upper project at home. Her parents, Harold and Pat, live in Northbrook. Her twin sister, Jacquie, a mother of two, lives in Glencoe.

“My dad still works out,” Spatz says. “He looks great; he lost 50 pounds years ago. My mom has a passion for making the world a better place for women. She’s strong and generous, into volunteering, and she lives for her grandchildren.”
Jill Spatz?

She lives to solve problems. Her company solves one — for many.

“It’s not about the money,” she insists. “I started the company to address an issue, to get something done, to help people. I care deeply about the patients I see.”