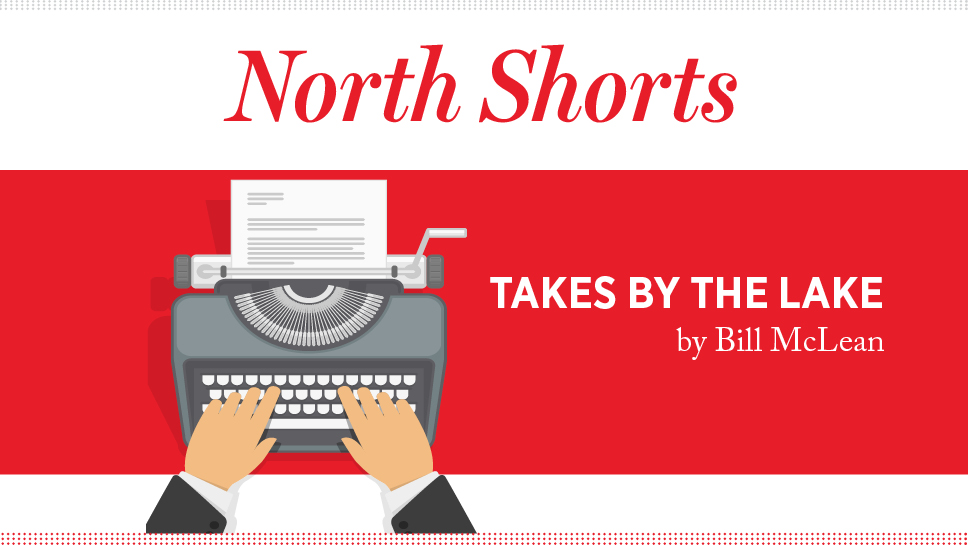 Thick flakes were falling, the slow-motion kind, the ones attached to invisible parachutes. Winter, finally. Sudden peace. Funny, isn’t it, how a snowfall serves as a second muffler for moving cars.

Headed to my parked car and walked gingerly, as if I had worked out for the last 12 hours and ached all over. Had to take baby steps on the slick walkway. My car was wearing an oversized helmet of fluffy snow. Fumbled for the snow-covered door handle on the driver’s side. Lifted it. Then I looked inside for a helmet remover, aka ice scraper/snow brush.

Drove to watch a hockey game some 35 miles away. Took me nearly 90 minutes to get to a restaurant near the ice rink. Normal, given the conditions.

I ordered a meal and almost asked for a cup of water, before obeying my craving for a vanilla milkshake. More white stuff, under a snowball-ish dollop of whipped cream. I took a long first sip and looked up at a sign dangling from the ceiling. It announced,

Drove to the ice arena, walked across an icy parking lot and watched high school players do startling, entertaining things on ice indoors. The sound of blades stopping abruptly on ice has to be the best sound in sports. The coolest. A close second is the ssh-ssh-ssh of skates belonging to a puck-handling forward on a rush, what a strict librarian in a crowded library must sound like every 10 minutes.

I found myself in my car again, bracing for another long trip. I turned on the radio. Blackhawks vs. Stars. More hockey. More pleasing sounds.

I saw a baseball hat.

How long ’til spring?