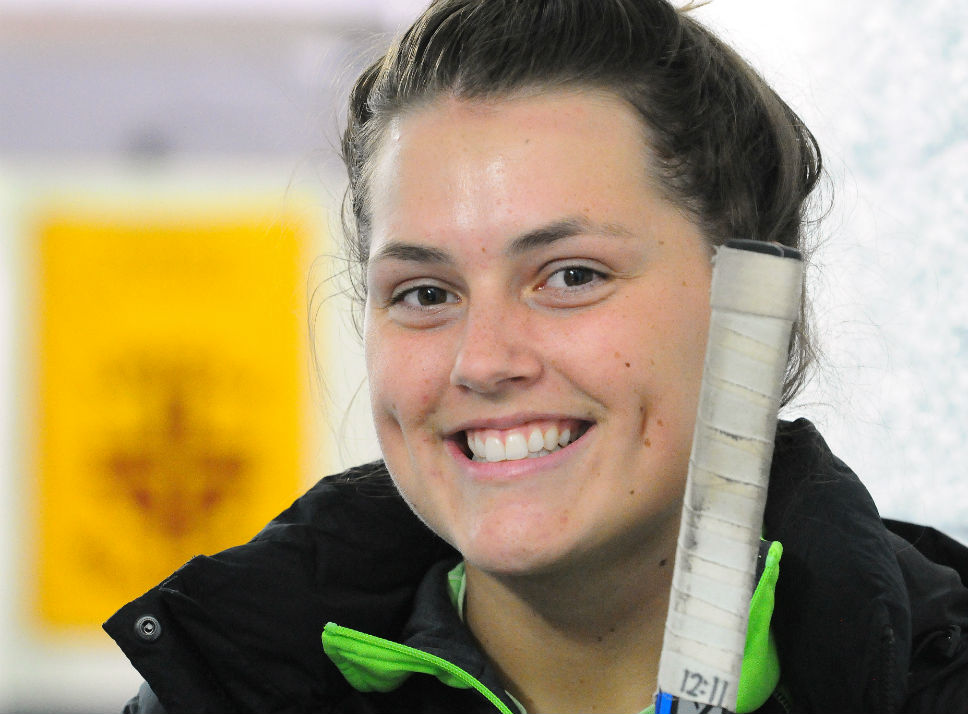 Greta Skarzynski, who has starred for the Chicago Mission for many years, is enjoying her season with the Loyola Academy girls hockey team PHOTOGRAPHY BY STEVE HANDWERKER

All three play AAA hockey for the Chicago Mission.

But only Caldwell, a center, and Dettling, a wing, played for Loyola Academy’s state championship team last winter. Caldwell and Dettling wanted Skarzynski, a defenseman, to suit up for LA this winter.

“They convinced me,” Skarzynski, a Lake Forest resident and eighth-year member of the Mission, says. “I like it; it’s been fun. I love the range of talent on the team, some playing for the first time, others for several seasons. It’s cool. Valerie and Tess and I are still competing and learning together.”

All three hit the ice at American Heartland Arena in Lincolnwood on a snowy night last weekend, skating for LA in a game against visiting Fenwick on Dec. 11. University of Vermont-bound Caldwell was dominant, as usual, making hockey look like the easiest sport in the world in a 4-0 LA victory; Dettling, Yale-bound, might have been the fastest, scrappiest athlete on blades; and the 5-foot-6 Skarzynski, another Yale recruit, stood out at both ends of the rink. Her style of play screamed, “Effortless!” Her impact was sometimes subtle, sometimes obvious.

“Greta,” Loyola Academy assistant coach Mike Fates says, “is so solid, a fantastic skater. She has the ability to lead a rush, and she’s fast enough to get back on defense and do well there, too. Impressive. She takes big, long strides. It looks like she’s gliding, but she’s going faster than you think.

“Greta,” the coach adds, “is humble, and she’s been a great addition, especially as a leader.”

Skarzynski is the youngest of six siblings, all having a hockey background. Sister Sophie is a University of Minnesota sophomore defenseman for the nationally ranked Gophers (15-3-2, through Dec. 13). Sophie wore a No. 4 jersey for Chicago Mission team; Greta wears it today.

“People think I was born wearing a hockey helmet and skates,” a smiling Skarzynski says, her dimples in full-indentation mode. “I love the intensity of the hockey, its fast pace. The emotions … it’s such an emotional sport; you can feel the emotions, even from the bench.”

For some 10 winters, the back yard at the Skarzynski home (the parents are Peter and Caren) doubled as an ice rink. Mom Skarzynski, Greta notes, grew tired of the rink tearing up the yard. It then became a full-time back yard again. Greta’s game did not suffer.

“I’ve always liked hanging with my family, doing things with them,” she says. “We live near [Lake Michigan]. I like to paddleboard and kayak.”

Check out her hockey stick, too. She wrapped a piece of tape around it and inked four Biblical numbers on it. Two of them: “12:11”.

“It’s about discipline,” she says of the verse in Hebrews.

The full verse: “For the moment all discipline seems painful rather than pleasant, but later it yields the peaceful fruit of righteousness to those who have been trained by that.” 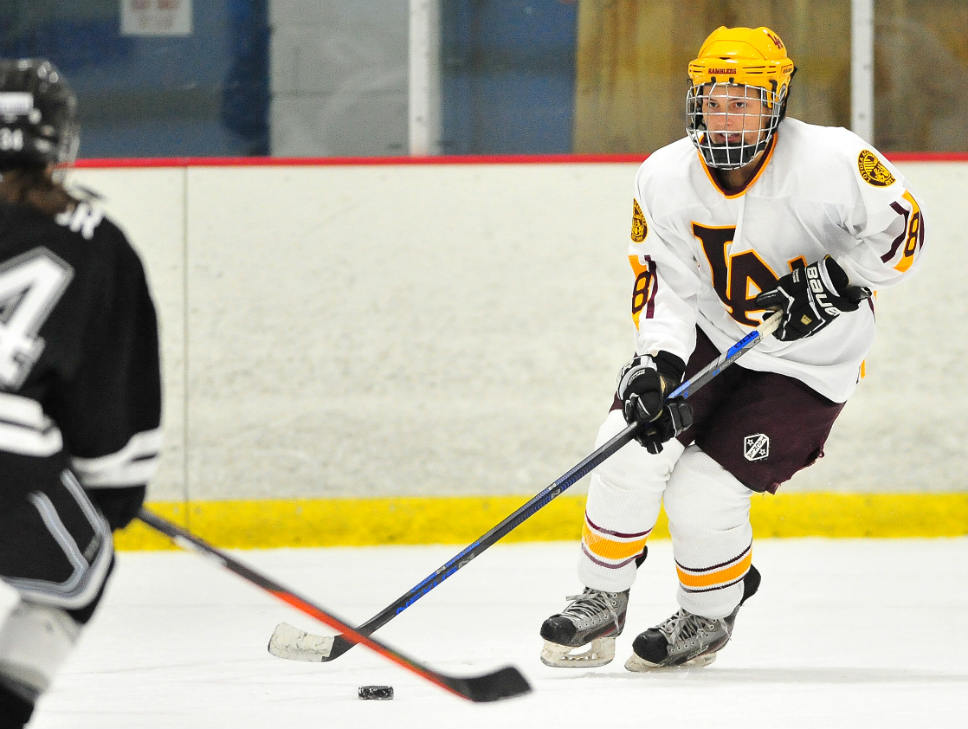