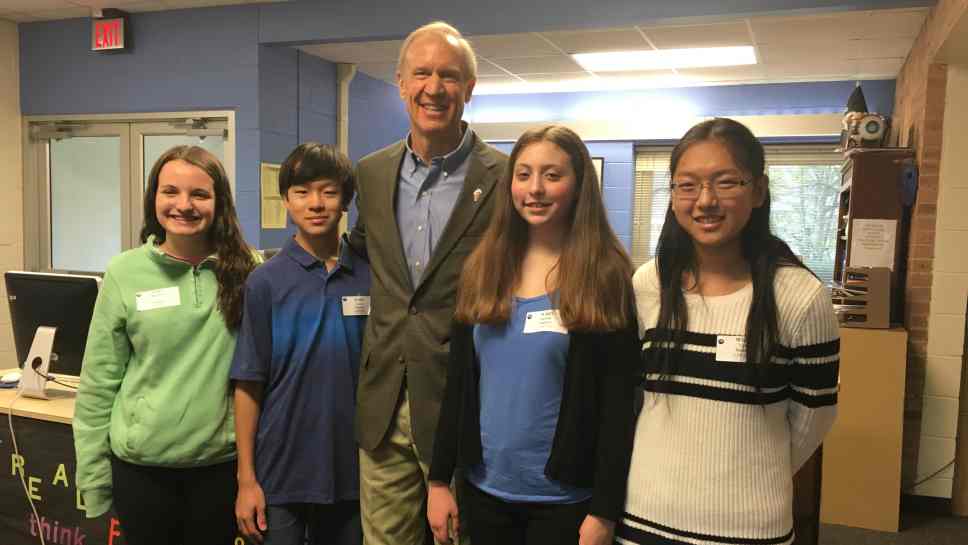 North Shore officials are not thrilled with Gov. Bruce Rauner’s proposal for a property tax freeze, worrying it will force them to make cuts at the local level.

The governor recently made the freeze one of two conditions for a budget deal with leaders of the Illinois General Assembly for the fiscal year which started July 1. The state has been without an official spending plan since then.

When Rauner and legislative leaders were unable to formulate a budget in June, they agreed to a stopgap measure for the remainder of the year to keep the state operating, according to a June 30 Chicago Tribune story.

Initially refusing to another temporary agreement, Rauner said last week he will agree to a second stopgap measure if it includes a property freeze and a 2018 term limit ballot initiative, according to a December 1 Chicago Tribune article.

North Shore governmental entities from Wilmette and Glenview on the south through Lake Bluff on the north rely on property tax revenue to balance their own budgets. Lake Forest City Manager Robert Kiely Jr. said it will require local government to take a revised look at their budgets.

“If they do this it’s not just hurting cities but park districts, school districts and every other taxing entities that rely on property taxes. It could force everyone to roll back programs,” said Kiely in a DailyNorthShore.com interview. “This isn’t the state’s money,” he added questioning why lawmakers are meddling with municipal revenue.

The governor wants to implement the freeze through legislation introduced November 30 by state Rep. Mark Batinick (R-Plainfield), which freezes property taxes for all units of government, according to a statement from the governor’s office. It allows an increase in the real estate tax levy only by voter referendum. It is currently in the Senate Rules Committee.

This bill gives local voters control of their property taxes, according to the statement from the governor’s office. Under this plan, voters rather than elected officials decide whether taxes go up, down or stay the same giving local communities’ control.

State Sen. Julie Morrison (D-Deerfield) is not opposed to a property tax freeze as long as it ensures schools are not left without the resources they need. She favored such a plan, which did not pass the legislature.

“I supported a two-year property tax freeze that was part of a comprehensive plan to bring relief to homeowners while developing a new system for funding our schools,” said Morrison in an email to DNS. “I remain supportive of efforts to lower the property tax burden while ensuring our local school districts have the resources to remain competitive.”

Glenbrook High School District 225 Superintendant Mike Riggle called increasing its real estate levy each year by referendum “problematic.” He wants to know more details about the bill, which are not laid out in the legislation. Kiely questioned the wisdom of removing this authority from the peoples’ elected representatives.

“It would be cumbersome, no question,” said Kiely. “Why shouldn’t the City Council be able to make these decisions as the citizens elected them to do? If the (legislators) raise taxes too much the people will vote them out of office.”

The governor believes Illinois citizens need property tax relief because those charges are the nation’s highest, according to spokesperson Catherine Kelly. She said part of the reason is the large number of taxing districts in the state like school districts, park boards, townships and more.

“High property taxes are hurting our working families and small-business owners, and we need to give taxpayers a voice in their highest tax burden,” said Kelly in an email to DNS. “This legislation would require districts to seek voter approval for any tax increase, while still permitting the local elected officials to allocate and spend tax proceeds.”

Riggle said the major part of District 225’s revenue comes from property taxes, but he said he needs to know the details of the legislation before he can calculate its impact.

“Is it just the (consumer price index) or will it mean new property,” said Riggle. New property was responsible for the bulk of the increase in the district’s 2016 levy determining taxes paid next year.

For other officials, a property tax freeze will send them scrambling to remake their budgets if they lose the revenue from a planned higher levy. Highland Park City Manager Ghida Neukirch said it will upset years of “diligent” work crafting balanced budgets while keeping services at a level the citizens demand.

“A property tax freeze would be impactful to the city,” said Neukirch in an email to DNS.  “It would require review of the city’s budget and assessment to delay capital projects, defer initiatives anticipated for the year, or possibly reduce services.”

Neukirch said the levy increase of $524,000 in next year’s budget was done solely for the purpose of partially meeting state-imposed pension requirements. A freeze will not eliminate the obligation.

In some communities like Winnetka, the impact will be less for now, according to Village Manager Robert Bahan. He said the town has held its levy constant for the last three years.

The effect of a tax freeze compounds each year it is in place, costing more than the initial revenue loss, according to Jenifer Hermes, the assistant superintendant for business services for Lake Forest Community High School District 115 and Lake Forest School District 67.

Hermes said the cut would remove revenue of $467,208 from the districts’ current budgets but the compounded loss over five years could be as much as $1.2 million.

“As school district tax revenue is predicated on prior year tax collections, the loss experienced is into perpetuity under the current tax formula,” said Hermes in an email to DNS.

Though a freeze will mean less capital projects for Deerfield Public Schools District 109, the precise action is unknown until the details of a freeze are clear, according to Cathy Kedjidjian, the district’s coordinator of communications and community relations.

While Terry Ryan, the communications coordinator for Northbrook School District 28, said the impact is difficult to gauge without precise provisions of a law, it will require pencil sharpening because of the large number of expenses like health care for which the district has minimal control.