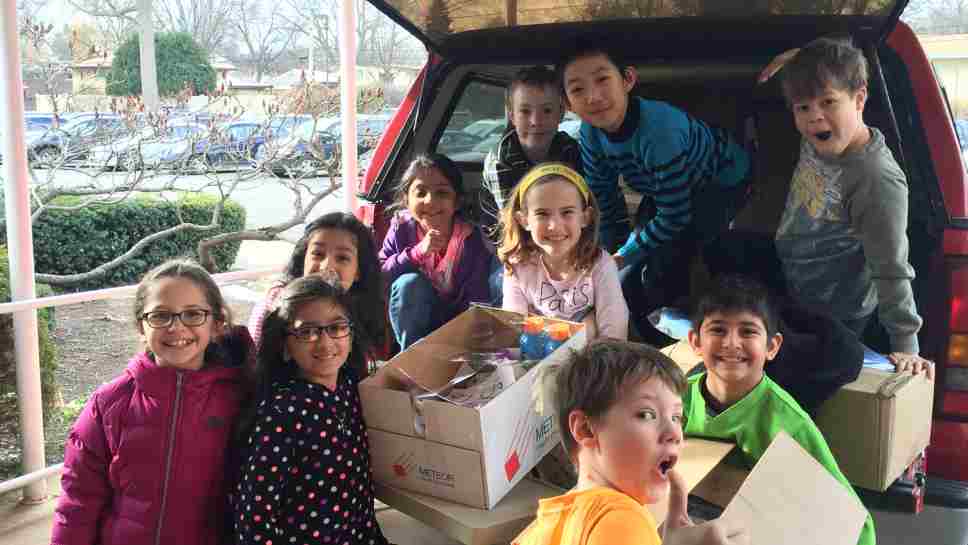 Students at Avoca West Elementary School participating in a drive to help the homeless.

When Jessica Hutchinson, Principal of Avoca West Elementary School sought to teach her students mindfulness, tolerance and how to look outwards and help others, she turned to another student who has put those principles into action.

Caleb White, a high school student from Detroit who was named America’s Top Youth Volunteer in 2015, visited the elementary school to share his story. White was only six years old when he saw a homeless person and decided to help others. Now he leads the Caleb White Project, a youth organization that is focused on helping the homeless in Detroit.

Hutchinson thought that if her students heard from someone who was making an impact, but was still a student himself, the message would have a bigger impact. She had learned about White from an Avoca parent, who had heard White speak at her company. As it turned out, White’s message “everything big starts somewhere small” resonated with Avoca West students. “They learned we all have the ability to do something big or little things for others,” Hutchinson said.

After White spoke, individual students approached Hutchinson about various projects they wanted to do to help homeless people in Chicagoland. Instead of individual drives, Hutchinson decided a school-wide effort would reach the entire community. “Rather than it being a small group, everyone wanted to get involved after Caleb spoke,” she said.

Initially, the school planned to have each classroom fill a box with various necessities such as chapstick, hand warmers and water bottles. But the outpouring from the community was so great, instead Avoca West will make one large donation to the nonprofit Journeys The Road Home located in Palatine. Hutchinson originally expected students to donate a water bottle or a toothbrush. Instead, students and families brought in cases of water and hand warmers and entire boxes of toothbrushes.

The students helped move all of the donations into a truck, which Hutchinson will take to Journeys. Journeys will then sort through the donation and deliver certain items to shelters in north and northwest suburban Cook County that are in need. Hutchinson is pleased with the overwhelming response from Avoca West students and families. “It gave everyone an opportunity to be involved. It was really nice,” Hutchinson said. 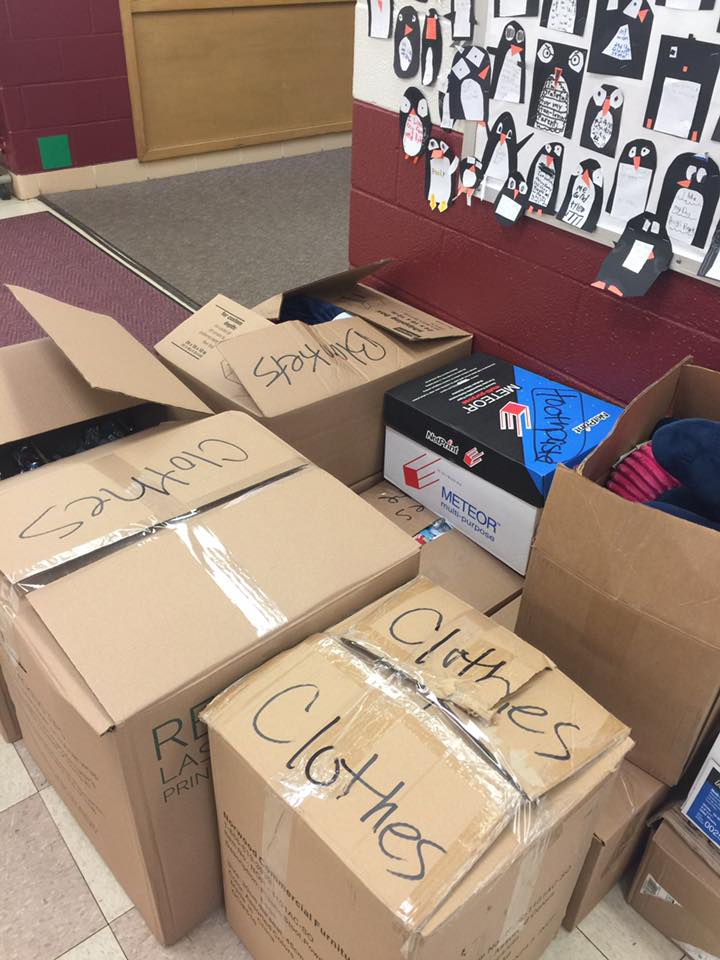 The 2016 holiday drive at Avoca West 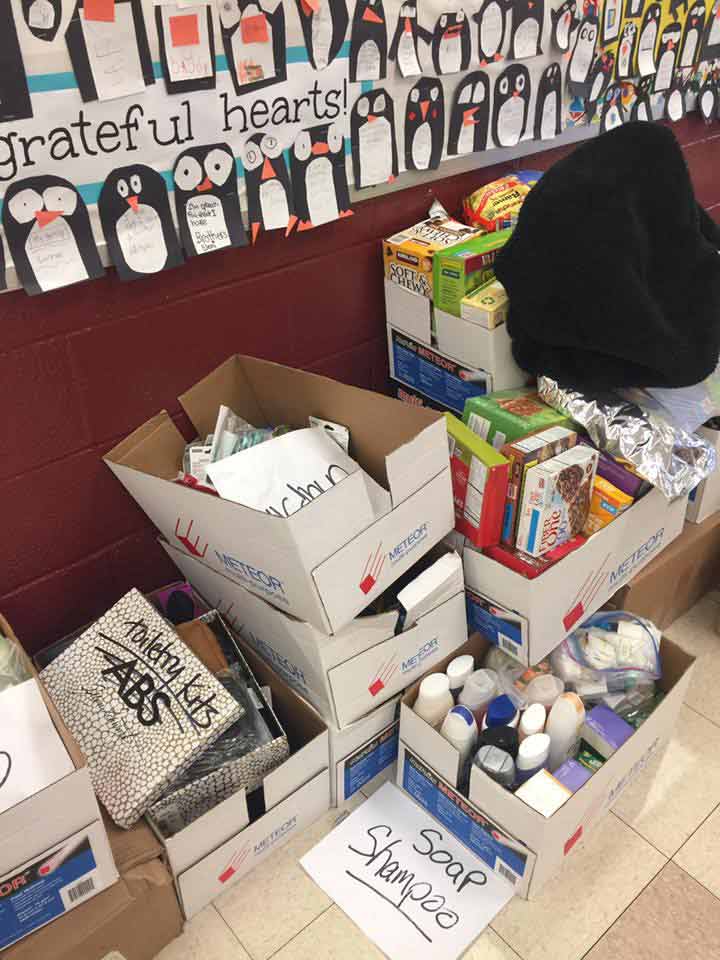 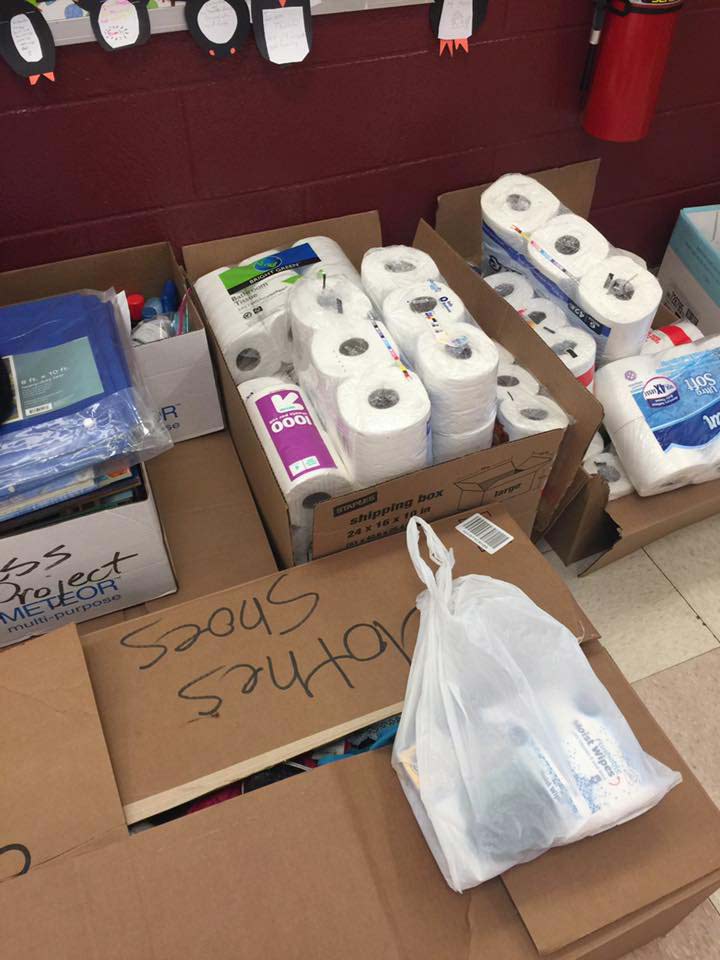