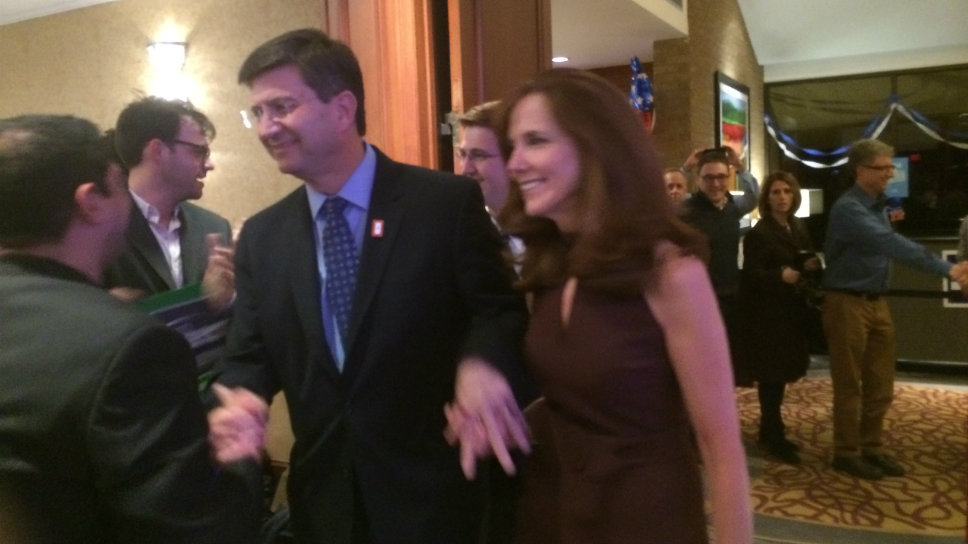 (Updated at 11:30 p.m.) Former Rep. Brad Schneider (D-Deerfield) will be returning to Washington to represent the 10th Congressional District after defeating Rep. Robert Dold (R-Kenilworth) November 8 for the second time in the last three elections.

In another close race, Schneider earned 51.7 percent of the vote to Dold’s 48.3. The two have traded the seat for the last three Congressional elections dating to 2012. In unofficial returns from the Lake and Cook County clerk’s offices with all but four precincts counted, Schneider collected 133,242 votes to Dold’s 123,992.

Dold first won the job in 2010 defeating Dan Seals but lost to Schneider in 2012. The Kenilworth lawmaker ousted Schneider in 2014 before the Deerfield Democrat mustered enough votes to earn the job once more.

Schneider declared victory shortly after 11 p.m. telling DailyNorthShore.com Dold had called him to concede. Before telling a crowd of more than 400 people in a Northbrook hotel ballroom what he wanted to do when he enters Congress again, he thanked the Kenilworth lawmaker for his service to the country. Then he laid out a vision.

“I am going to fight for the values we all hold so dear,” said Schneider. “We will be able to fulfill the promise that our children will have a future more prosperous than ours.”

Calling the diversity of the United States one of its strengths, Schneider said it is something to celebrate.

“We are stronger because of our differences that unite us and the mosaic that exists because of it,” said Schneider.

Schneider also pledged to work with Democrats and Republicans alike while recognizing the differences between the parties.

“To my Republican colleagues I say let’s find the common ground to move forward,” said Schneider.

Dold told his supporters who gathered in Libertyville to watch the returns he called  Schneider to offer congratulations. He said they helped make a difference in people’s lives.

“I couldn’t be prouder of the people in this room,” said Dold. “The campaign has been about fixing problems. Unfortunately, we came up a bit short today.”

Calling his wife Danielle Dold a “rock,” Dold let people on his staff and others what they did for others in the district.

“The campaign staff is spectacular,” said Dold. “The staff set a new standard for how fieldwork should be done across the country. The staff helped over 1,300 individuals over the 10th Congressional District.” 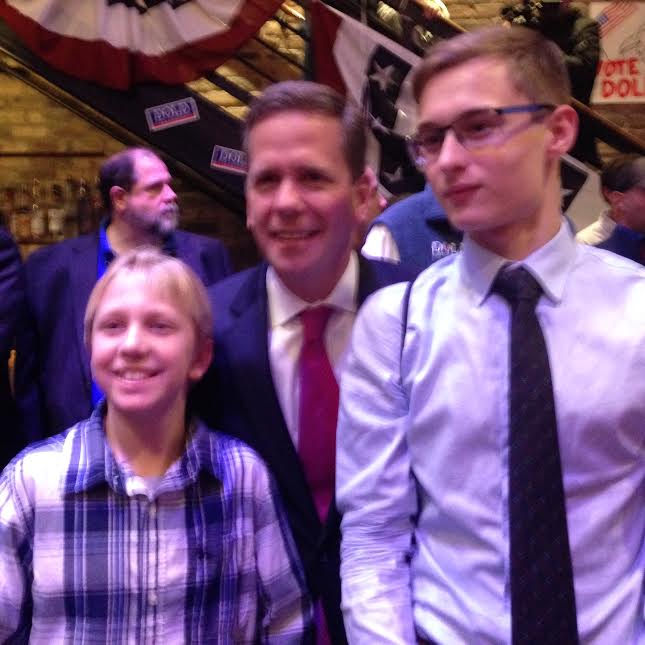 With all Lake County votes tabulated except for mail in ballots and only four precincts remaining in Cook County, Schneider has 51.7 percent of the vote to Dold’s 48.3.

DailyNorthShore.com will have the winner as soon as he is known.

(Earlier at 4:45 p.m.) Dold has 57 percent of the votes to 43 percent for Schneider. These totals do not include early voting totals or ballots sent in through the mail. They will not be added in until all the election day votes are tabulated.

Both Rep. Robert Dold (R-Kenilworth) and former Rep. Brad Schneider (D-Deerfield) made campaign stops on Election Day November 8, greeting people in a final attempt to make a difference personally voter by voter for the right to represent the 10th Congressional District.

Schneider began the day greeting commuters at the Lake Cook Road Metra stop in Deerfield before voting in Highland Park and visiting with people at a Northbrook restaurant.

“We have people all over the district knocking on doors making sure people get out to the polls,” said Schneider. 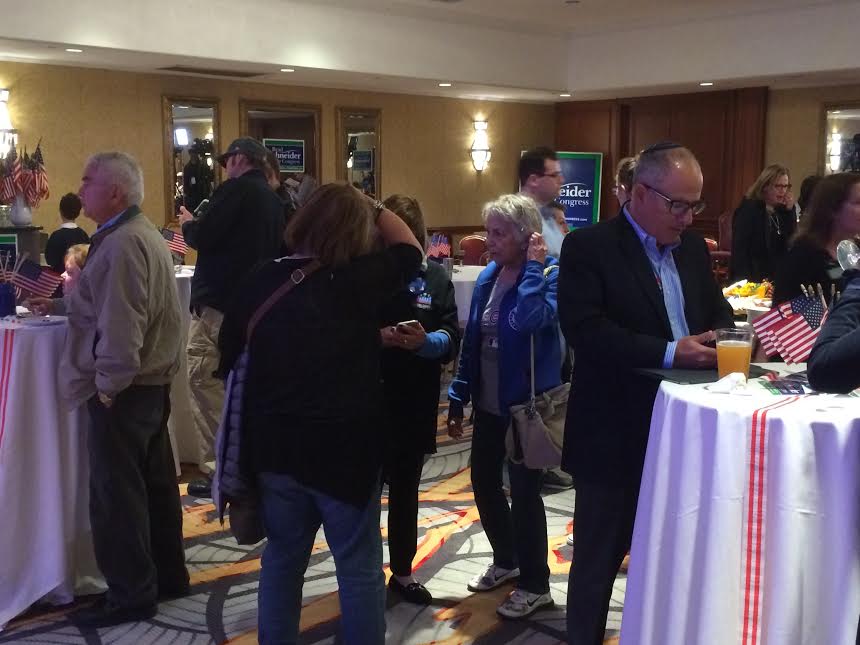 Dold started his day in at 6:30 a.m. in Lake Forest crisscrossing the district as he has for the last six days during his six-day bus tour, according to campaign spokesperson Danielle Hagen. She said the congressman has held more than 50 events since November 3.

“Momentum is solidly on our side because we have demonstrated to voters that we are the only candidate in this race who will represent the entire District, not just one political party, and who has a strong record of delivering the independent, effective leadership our community deserves,” said Dold.

Hagen said the campaign has “an incredible ground game” making more than 600,000 phone calls and knocking on over 200,000 doors over the course of the campaign.

Schneider also made stops in Waukegan.

DailyNorthShore.com will have reporters at both Dold and Schneider headquarters tonight after the polls close at 7 p.m. with updated results and reports about the activities.