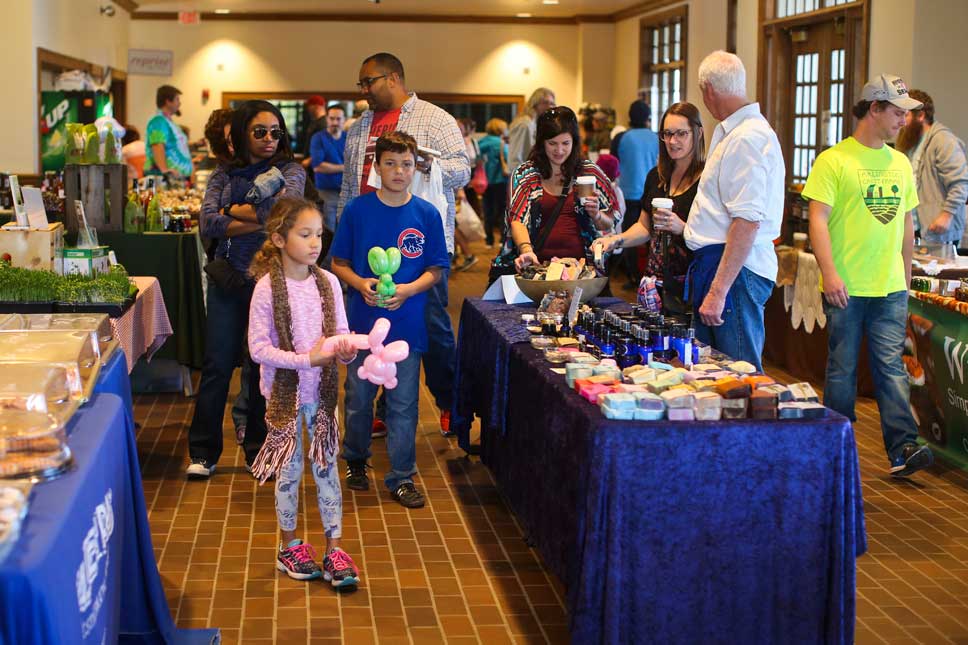 The scene at the Indoor market at the West Lake Forest Metra station.
Photography by Joel Lerner/JWC Media

LAKE FOREST — The warm weather November 6 was not the only thing reminding visitors to the Lake Forest west-side train station of summer.

The North Shore Artisan Food Market, an indoor farmers market, opened inside the depot with 21 vendors, eight of which operated at the Lake Forest Open Air Market or the Lake Bluff Farmers’ Market last summer.

“I like it,” said Alice Zuber of Highland Park. “I am glad to see the same people I see at the summer markets. I like the natural foods, organic too. I love seeing them here now.”

The vendors sold products and services ranging from pastries to meat to produce. Much of the produce is grown locally in greenhouses during the winter months. One of those farmers is Cheryl Besenjak of Hoffman Estates.

Besenjak said a lot of her fresh produce is grown in a greenhouse at Lake Forest Country Day School in Lake Forest. She sells in the summer at the Lake Bluff Farmers Market among other outdoor spots. She likes the idea of a winter market.

“We don’t have farmers’ markets in the winter,” said Besenjak. “People shouldn’t have to hunt for it when we’re growing it.”

Lisa Sprague came to Lake Forest from Antioch for the opportunity to buy fresh, natural organic food this time of year. She said she can taste the difference between what she buys at the market and what she gets in the store.

“These people have a lot of passion in what they grow and you can taste that passion,” said Sprague.

Kristen Ryan of Lake Forest was shopping with her husband and three children. She said it gave them the opportunity to find fresh healthy food during the winter months. She got no argument from the family.

More than 250 peoplr came to the market by 1 p.m., according to Melissa Norton of Mundelein. It was open from 10 a.m. to 2 p.m. The owner of Holcomb Hollow, she is a market organizer and a frequent vendor at summer markets selling her jams and gluten-free pastries.

The market was the original brainchild of Adam Paronto, owner of Reprise Coffee Roasters, which operates in the west train station from 5 a.m. to 1 p.m. Monday through Friday and from 8 a.m. to 1 p.m. on Saturday.

Paronto said he saw an opportunity to use what he considers a large open space at the train station to boost business on the west side of the city and offer a place for the community to gather. He got together with Norton and Dave Nells, the owner of Sharpening by Dave and the idea started to come together.

“They know everyone who (sells) at the farmers’ markets,” said Paronto of Norton and Nells. “They started talking to the people they knew.”

Norton said they got some farmers together for a trial run in February and it was successful. Then they went to the City of Lake Forest for permission to operate on a broad scale this winter.

“These are all local products,” said Norton. “There are eight from the Open Air market at the east side (train station). People are used to seeing the others at Lake Bluff, Deerfield, Ravinia and Libertyville. This is a really good community event.”

Paronto said the next market will be from 10 a.m. to 2 p.m. December 4. Future times and dates are currently under discussion with the City of Lake Forest. 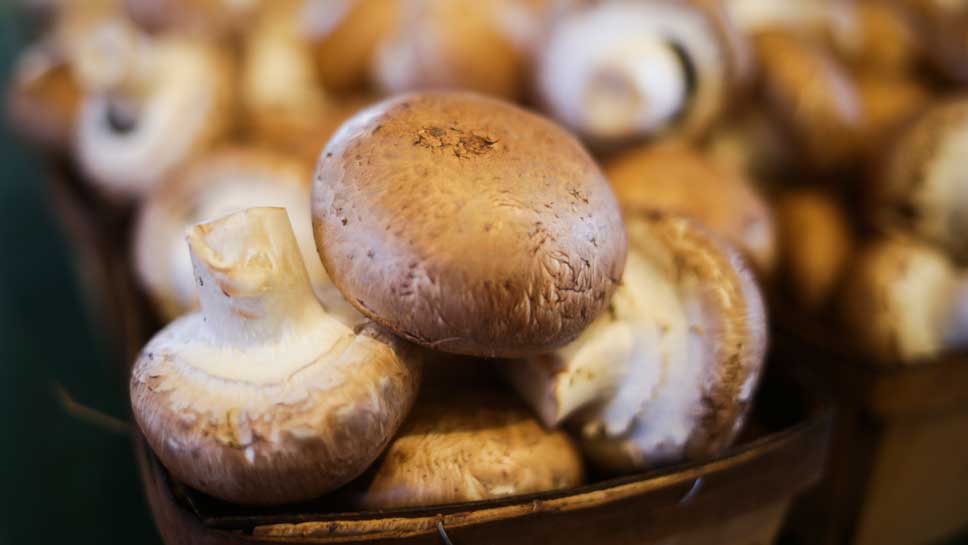