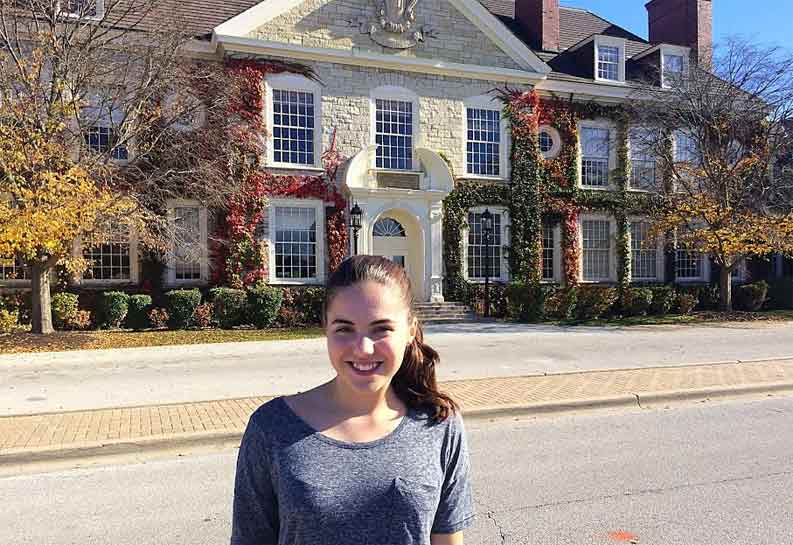 Pauline Droege, a freshman at Lake Forest High School, in front of the school

With the election closing in, the stress of voters is sensed throughout the nation. On Tuesday, November 8, American voters will choose a leader for our nation, and just one vote can change the results. The pressure is tremendous, and many teenagers are stuck in the middle. For Lake Forest teens, our political views are usually a reflection of our parents’ strongly opinionated views. As children we are overshadowed by politics and don’t get to stand out and voice our own opinions. However, this should change and teenagers all over should be urged to get involved in politics, even if they aren’t old enough to vote.

Many Lake Forest teens don’t get very involved in the election. When you walk into Lake Forest High School you hear mixed whispers. A Donald fan here, a Hillary fan there, but the question is if they really do passionately want that candidate to be president. There isn’t too much talk of the election, but when there is, it’s hard to know what students really believe in. Are they just repeating what they hear at home, supporting what they hear on television, or acting like they care when they really don’t? Even if it’s not cool or the “new thing,” and they don’t have a trendy Snapchat filter for it, it doesn’t mean you can’t try to pay attention to politics. Just like volunteering, becoming involved in the election gives you the chance to be a part of something bigger. Something that makes a difference in our world.
There are many different ways a teen can become involved. You can get information about politics on various news sites, such as Newsela or Vice News. There are many apps, such as TIME Magazine, which has a lot of information about the election and can easily be accessed on a mobile device. You also can get involved in politics by checking your city or even school website for any volunteering options with local candidates and political parties.

Lake Forest High School has started to encourage students to get involved as well. If you are of the voting age, you can now register at the school to vote. And on Monday, the day before the election, the Debate team will be holding a mock election for all students and staff. This is a great opportunity for students who want to experience what it’s like to vote, and who are under the age of 18. You can never start practicing too early, because it really is such an important decision.

Politics is a big word, which many teens don’t understand. As an adolescent you have avoided it, thinking it’s dumb or maybe even scary. But you should get involved in politics no matter your age. Just one teen can make a difference, and you shouldn’t ignore the big things that are going on around you. Just like you celebrated the Cubs World Series Win, celebrate the election. Because in the end it’s just as exciting.

Pauline Droege is a freshman at Lake Forest High School