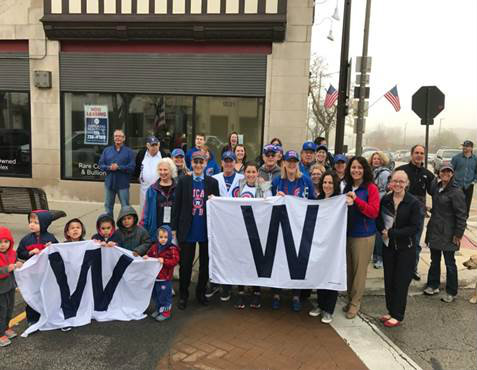 HIGHLAND PARK – Chicago Cubs fans celebrated the team’s victory in Highland Park with a flag raising ceremony for the iconic and much loved W.

“We’ve been waiting 108 years to celebrate the Cubs winning the World Series,” said Mayor Nancy Rotering. “What a fun opportunity to celebrate together as a community!”

Rotering proclaimed November 3, 2016 Cubs World Series Champions Day in Highland Park. The W flag was raised at the corner of Central and St. Johns Avenues as city officials, residents and businesses joined the celebration wearing Cubs attire, cheering the 2016 team roster and singing “Take Me Out to the Ballgame” and “Go Cubs Go.” 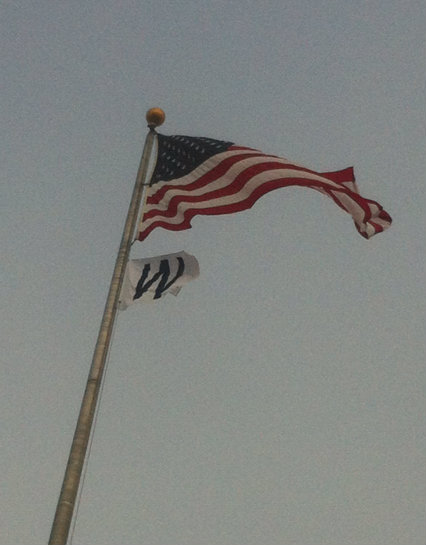 Bett Barnett explained that one of the boutique’s cashmere sweater lines is from Raffi Cashmere, but she prefers to call them “Raffi the goat, as they have a goat as their mascot. I thought we should do our part to put an end to the Cubs Goat Curse, so we hung the goat from a noose in our store window,” she said. 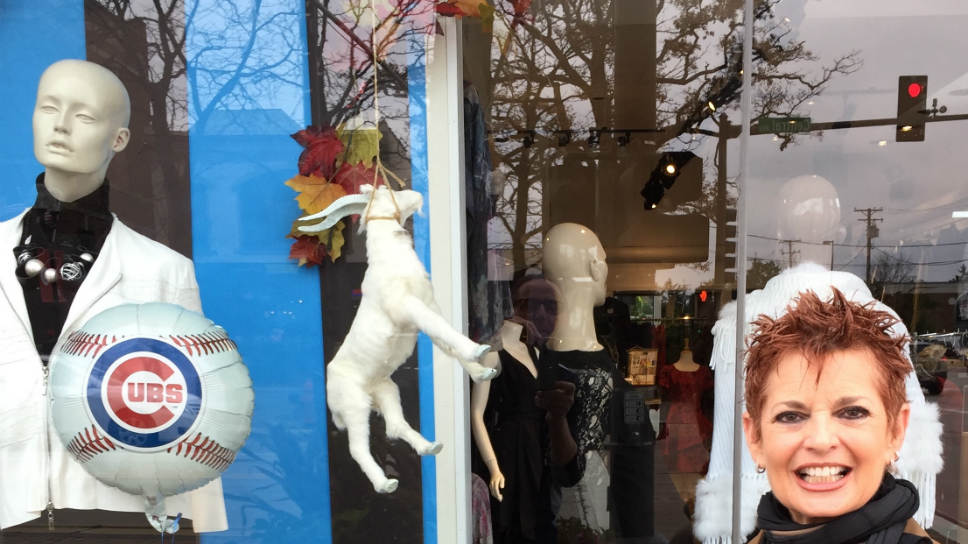 Barnett said the whimsical store window is attracting many interested people who enjoy taking photos of the display. “We are very excited about the end of the curse and the fun it has brought to everyone,” she added.

The Curse of the Billy Goat was reportedly placed on the Chicago Cubs in 1945 by Billy Goat Tavern owner William Sianis when his odoriferous pet goat Murphy was asked to leave Wrigley Field during Game 4 of the 1945 World Series. Legend has it Sianis proclaimed that the Cubs “ain’t gonna win no more,” and the Cubs lost the 1945 World Series to the Detroit Tigers.

On October 22, 2016, the 46th anniversary of Sianis’ death, the Cubs defeated the Los Angeles Dodgers 5-0 in game six of the 2016 National League Championship Series to win the National League Pennant.

The Cubs broke the curse when they defeated the Cleveland Indians 8-7 on November 2 in game seven of the 2016 World Series. 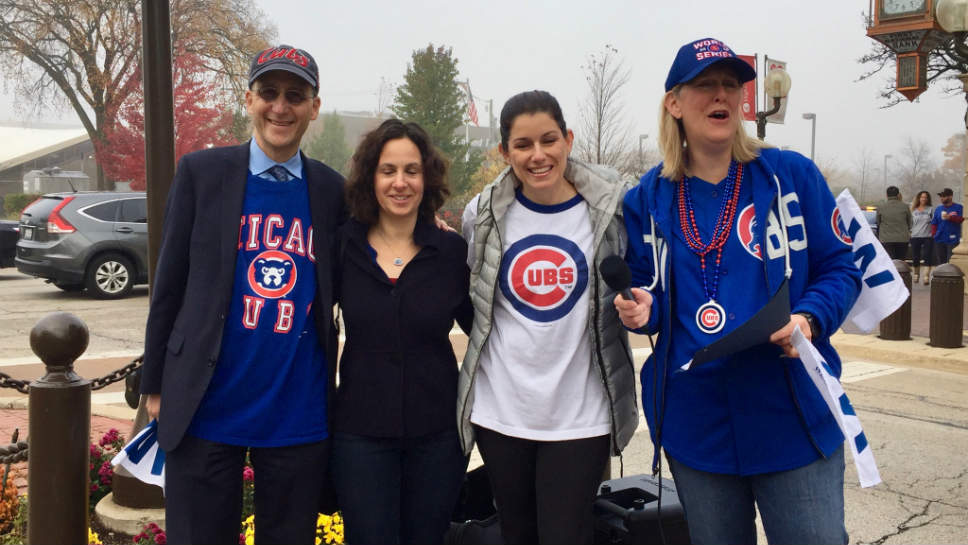 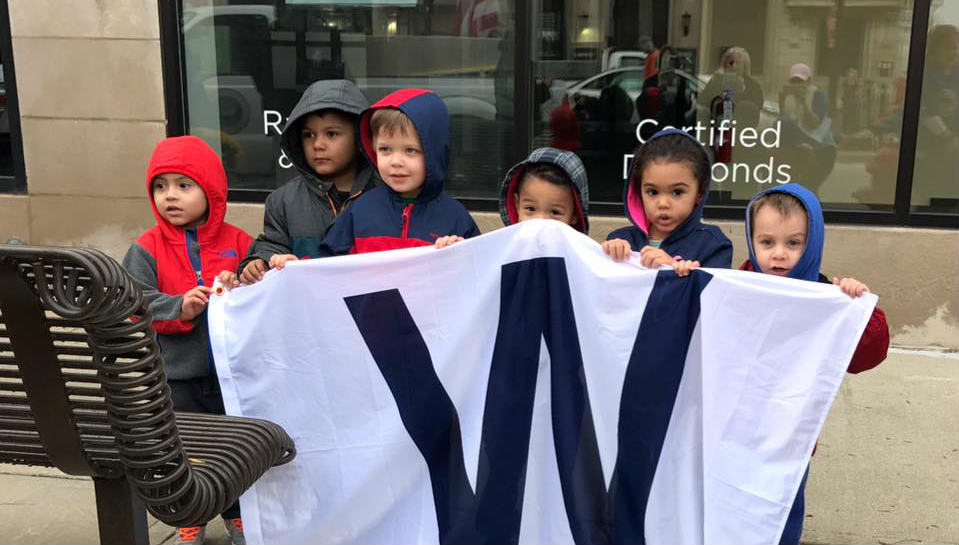