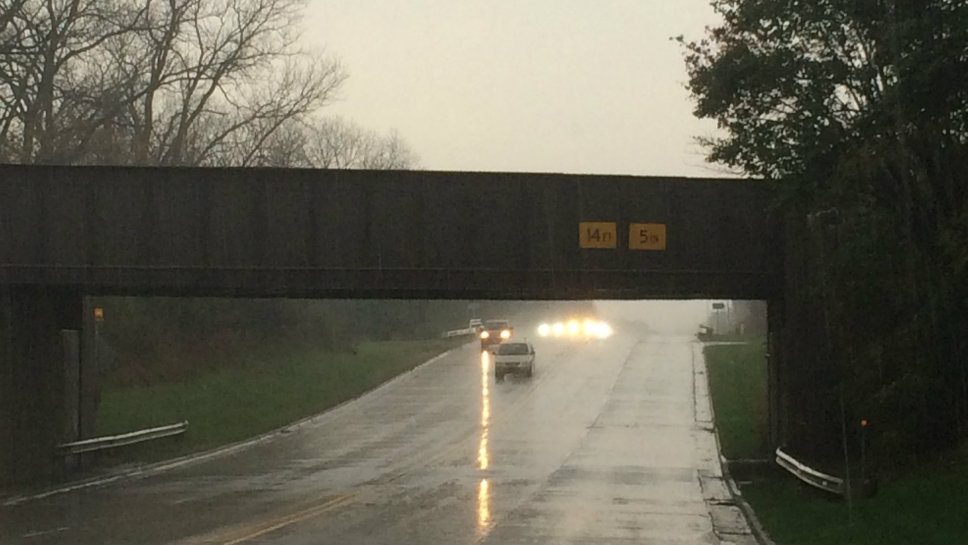 A proposed holding track for freight trains would start near Highway 60 in Lake Forest, shown above, and continue north for 10,000 feet.

LAKE FOREST — A nearly two-mile long railroad holding track running north from Route 60 in Lake Forest is under consideration by federal and state officials, according to an environmental assessment published last month.

Lake Forest city officials have hired an engineering firm to take a closer look at the proposal before making a formal response and will discuss the issue during a meeting of the City Council at 6:30 p.m. November 7 at City Hall.

The proposed holding track would be a 10,000-foot long third rail adjacent to the existing Milwaukee North Metra tracks starting at Highway 60 and going north. The third rail would be built to give trains the ability to cross between the tracks to allow faster passenger trains to move ahead of slower freights, according to Lake Forest City Manager Robert Kiely, Jr. Amtrak uses the tracks to get from Chicago to Milwaukee, Metra runs from downtown Chicago to Fox Lake, and the Canadian Pacific freights are trying to get to Bensenville.

Kiely said he wants to review the engineering report before coming to any conclusions.

The issue burst into public view during the city’s annual Town Hall meeting November 1 at the Gorton Community Center when several residents confronted Mayor Donald Schoenheider as he was heading into the meeting.

“As I was in the parking lot several residents asked me about a railroad expansion on the northwest side of the city affecting Lake Forest Academy and Academy Woods,” said Schoenheider. He promised Kiely would talk about the trains after a presentation on a variety of city issues.

“The length is 10,000 feet, which is the average length of a freight train,” said Kiely quoting the assessment during a DailyNorthShore.com interview.

The study is the result of a proposal by Amtrak two years ago to add three trains daily in each direction between Chicago and Milwaukee. FRA, IDOT and WisDOT decided to take a close look at the impact on all train traffic in the area, which resulted in the assessment, according to Glenview Deputy Village Manager Don Owen in a September 29 DailyNorthShore.com story.

Along with the holding track in Lake Forest, another one is planned in Glenview and Northbrook on Union Pacific tracks further west. Owen said this will have a negative impact on property values in his village.

“It’s essentially a parking lot for trains,” said Owen in the DNS story of the holding track. “The question is will be if smells and sounds of the trains idling and blocked views hurt property values in the area. We believe it would.”

Joanne Desmond, a Lake Forest resident who said she lives near the proposed third rail, is worried the changes could hurt property values in Lake Forest as well. Speaking at the Town Hall meeting, she too is concerned.

“There will be more noise,” said Desmond. “They’re going to increase the speed of the freight trains from 40 miles per hour to 50.”