Lake Forest opened postseason play with a resounding win at Riverside-Brookfield 40-7 on Oct. 28. The Scouts (7-3) will host St. Viator in the second round of the Class 6A state playoffs on Nov. 4 at 7 p.m. Photographer Joel Lerner caught the action. 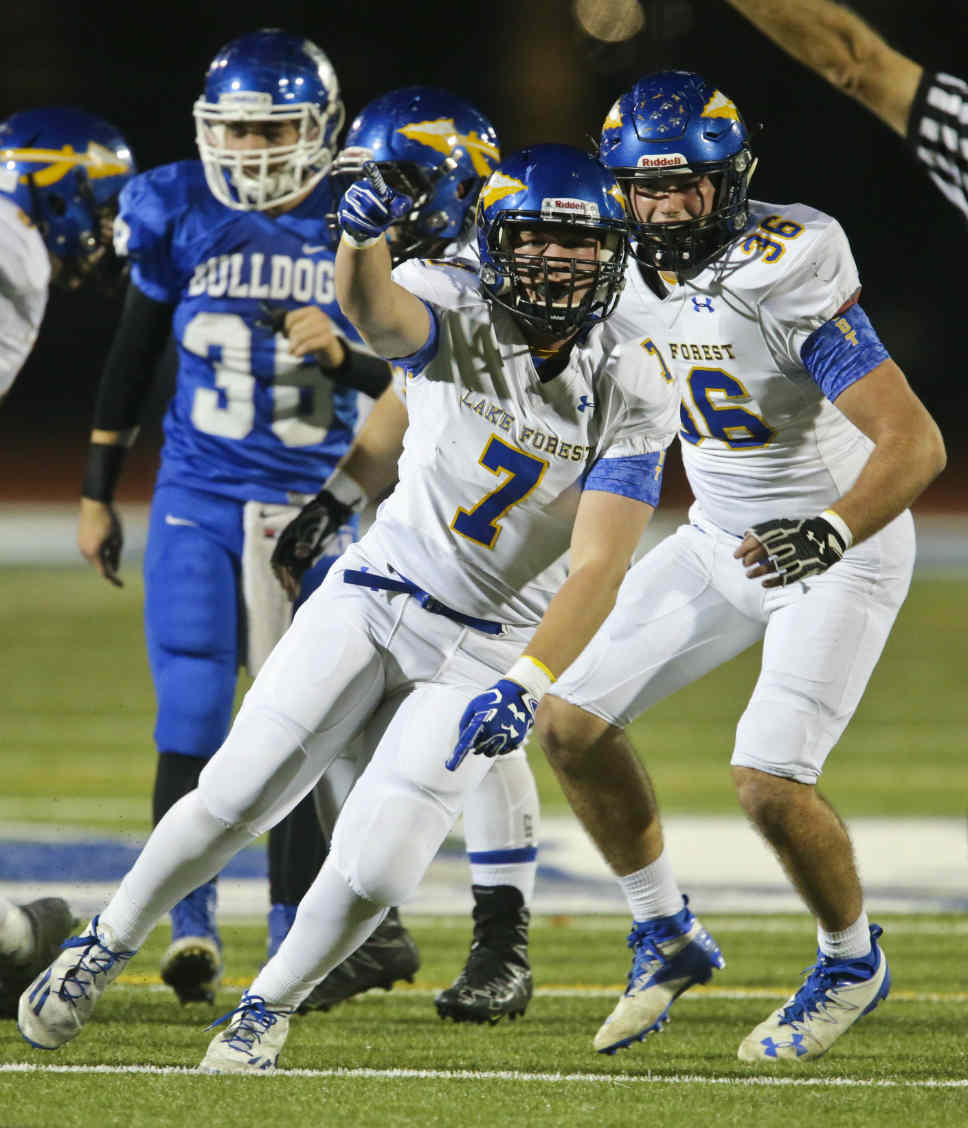 Cal Wonham (No. 7) celebrates one of his two sacks against Riverside-Brookfield, as teammate John Deering (No. 36), looks on. 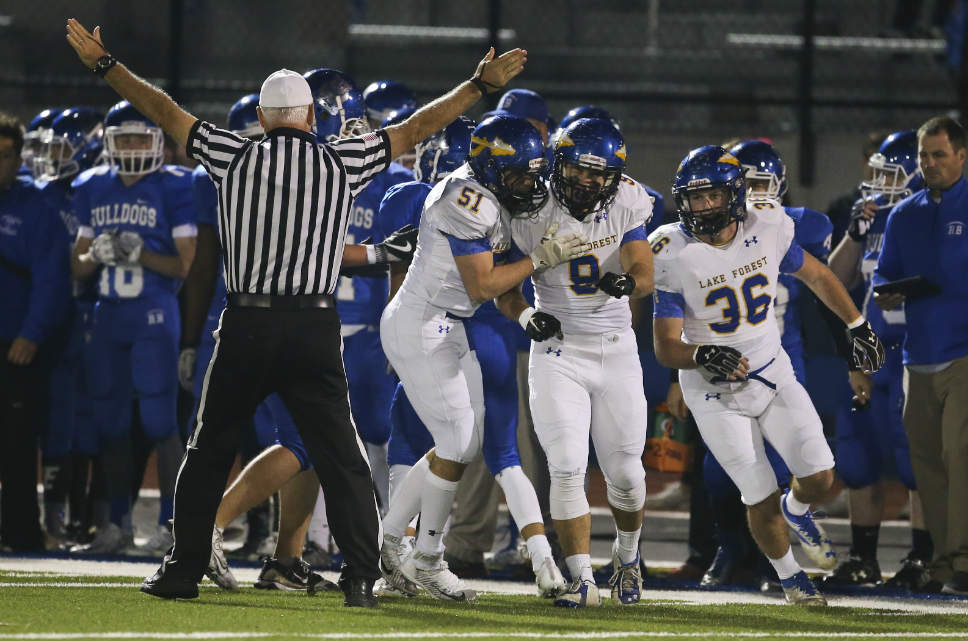 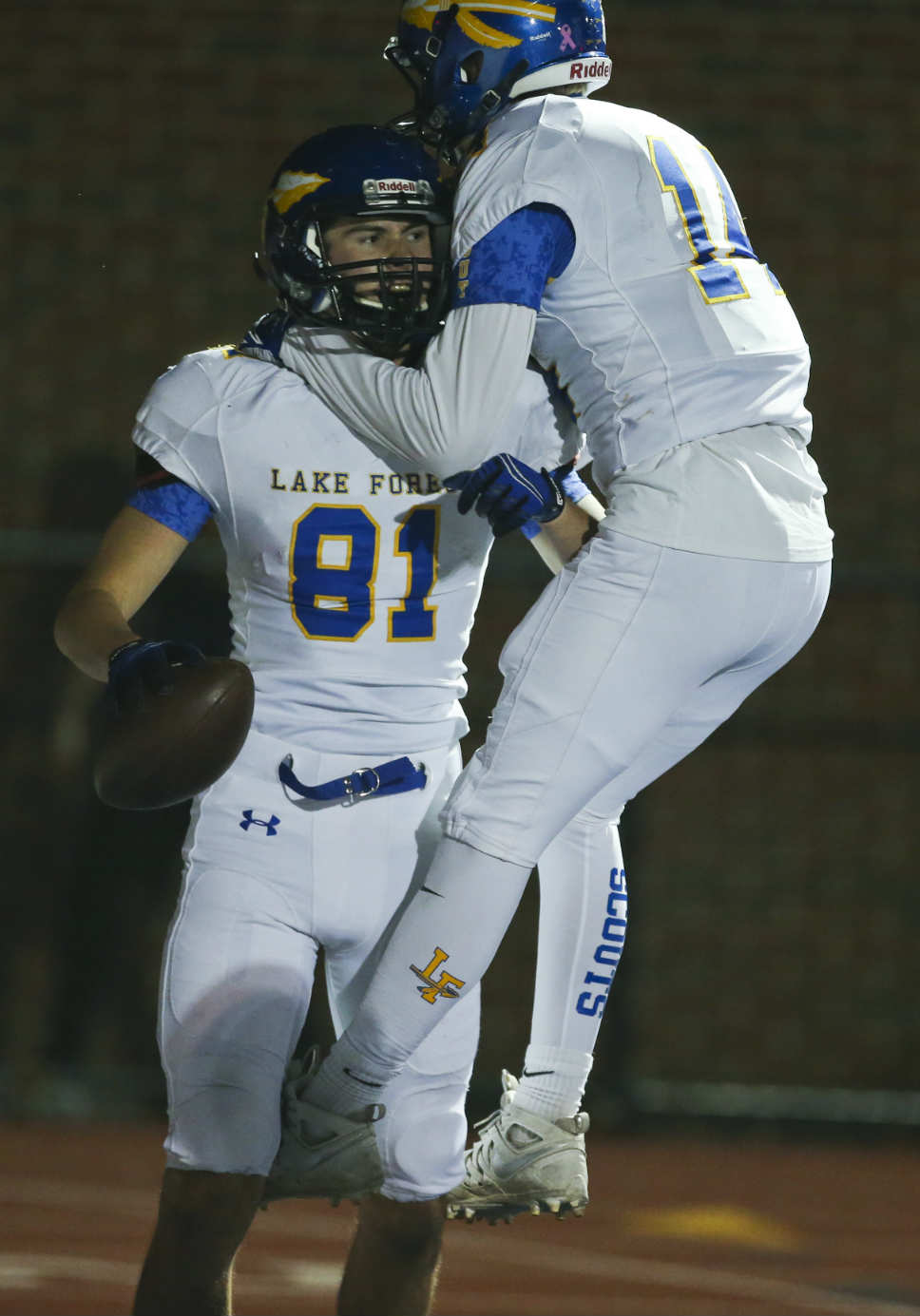 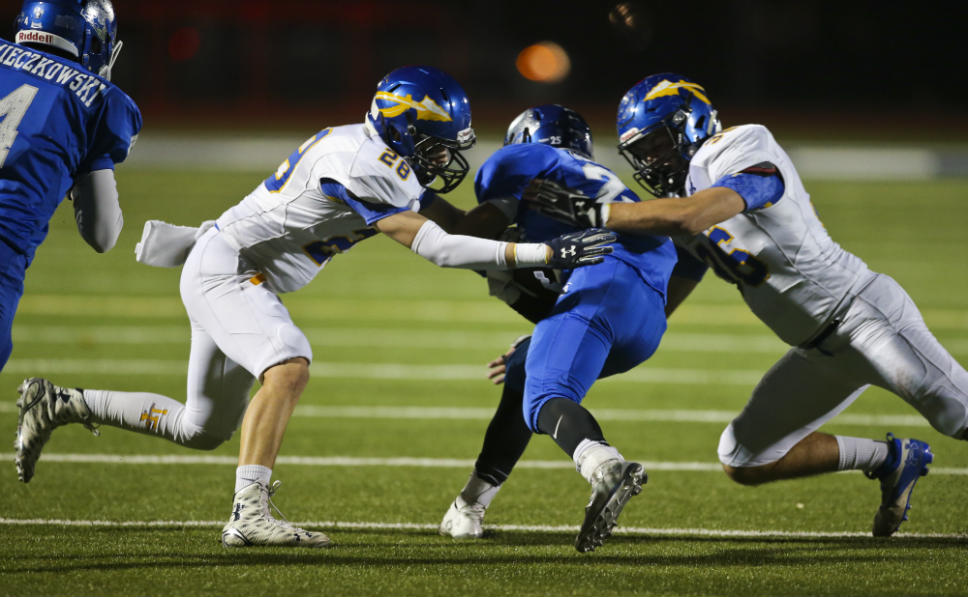 Lake Forest defensive back Chris Cavalaris (No. 28) and linebacker John Deering converge on a Riverside-Brookfield running back. 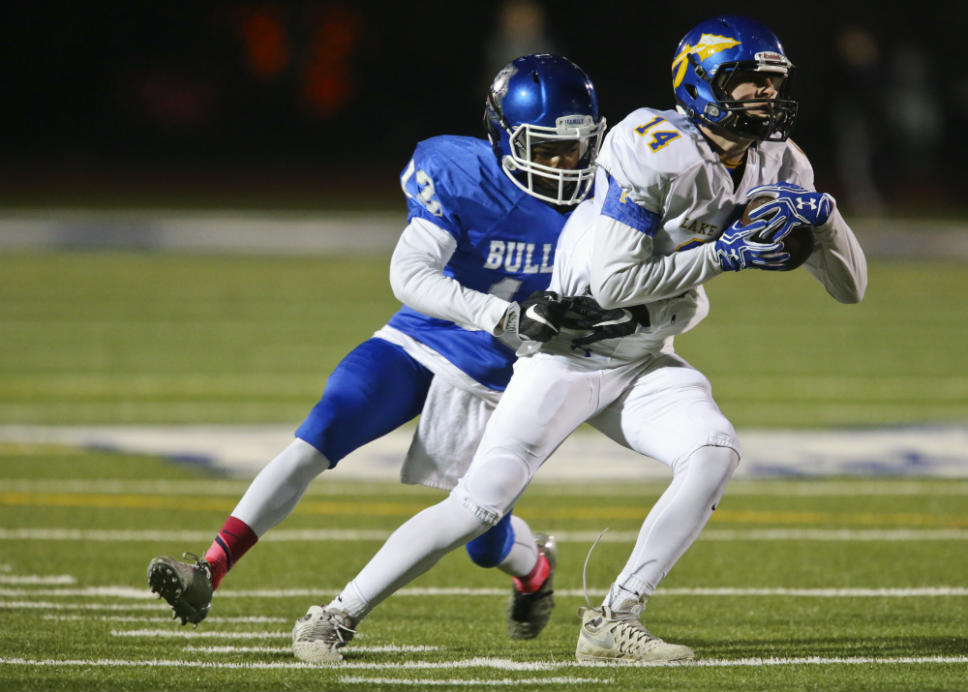 Jack Mislinski of the Scouts makes a catch. The junior had two catches for 28 yards. 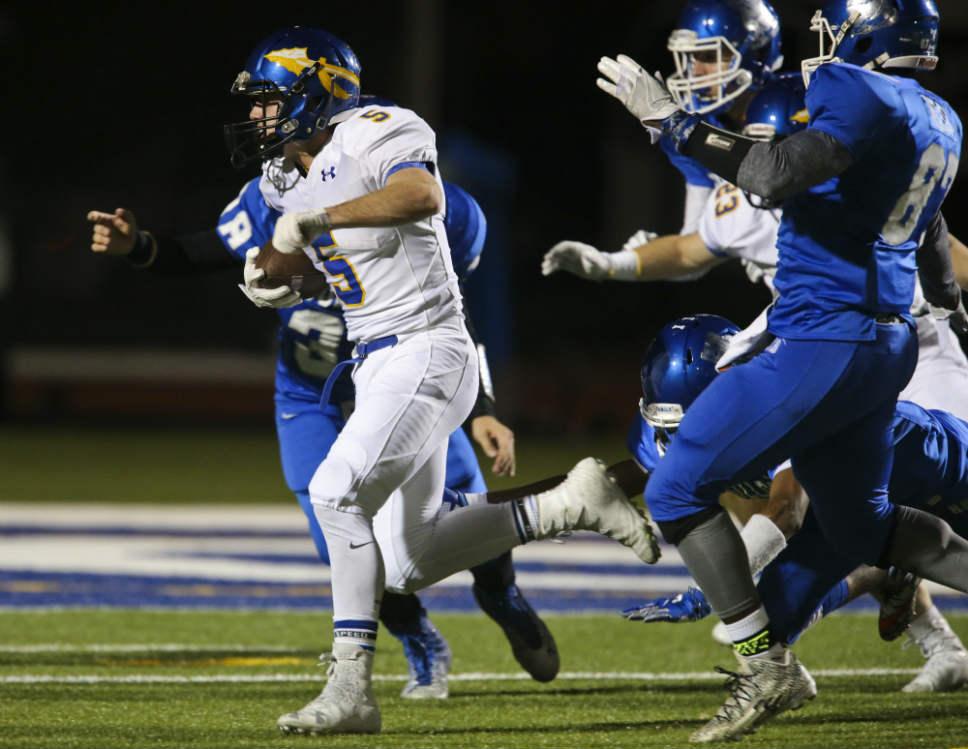 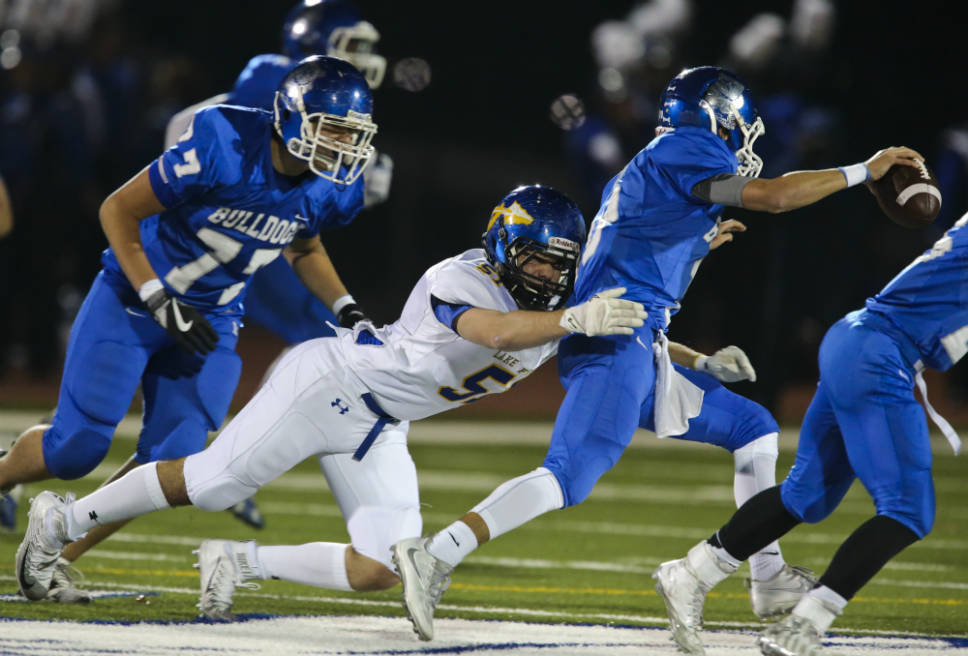 Spencer Yauch of the Scouts sacks the R-B quarterback. 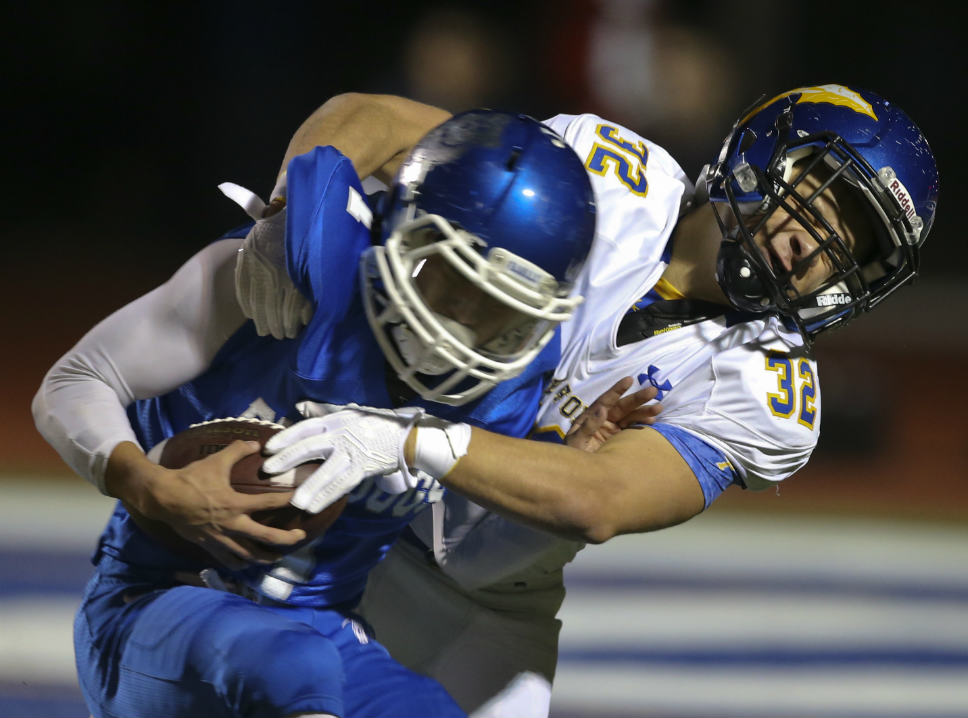 Defensive back Andrew Athenson makes a tackle. He had a team-high nine stops in the contest. 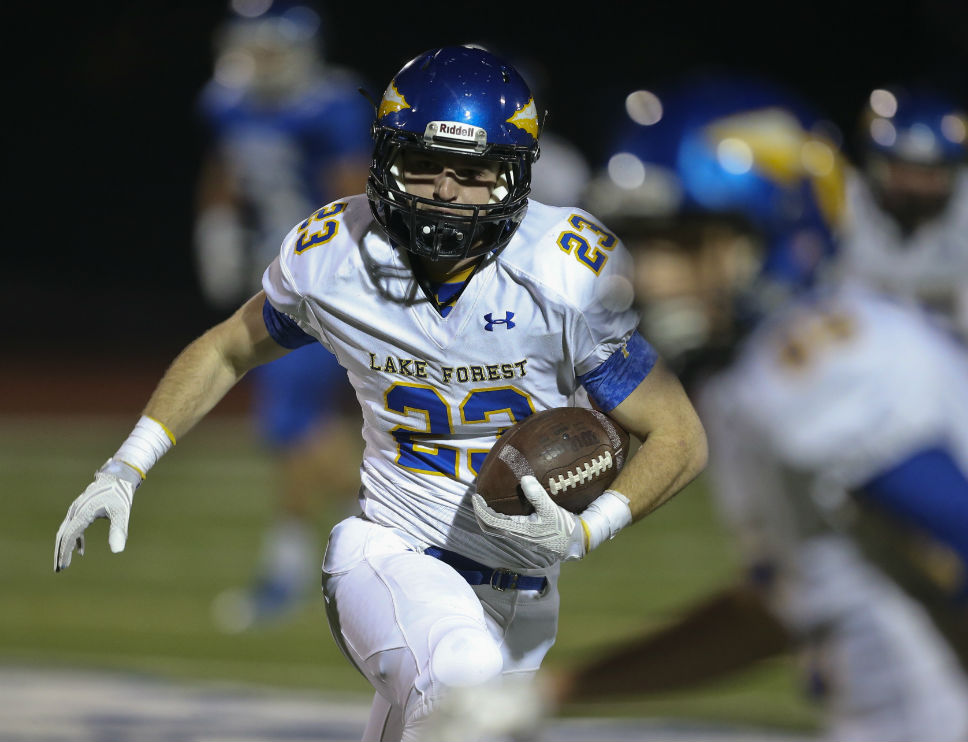 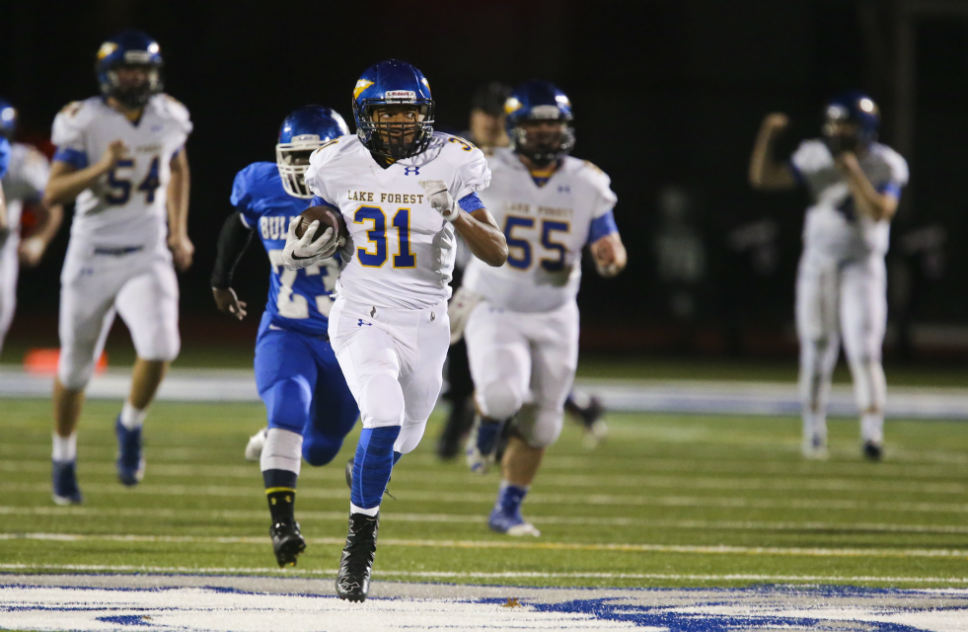 Evan Swint of the Scouts races into the end zone on an 85-yard run in the fourth quarter.