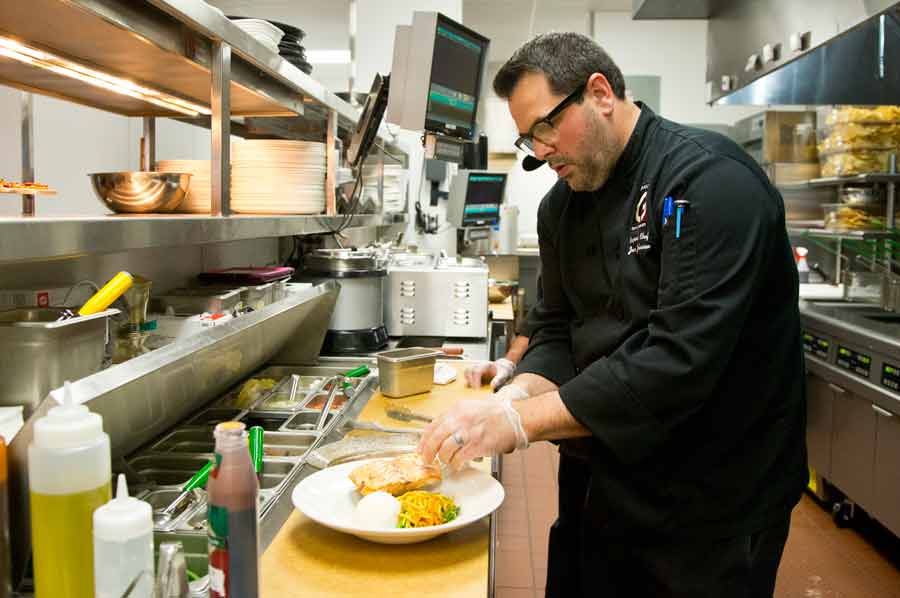 NORTHBROOK — The food is fresh and so is the beer at Granite City Food & Brewery, which opened its newest restaurant in October near the intersection of Willow and Waukegan Roads in Northbrook.

The restaurant brews its own beer and offers menu selections ranging from meat loaf to wild boar sliders to steaks. In addition to using fresh ingredients, the company offers a unique and patented method of brewing its beers with a trademarked process called “fermentus interruptus,” according to General Manager Henry Clarin.

“It’s created in our worthouse (brewery) in Elmsworth, Iowa, with the initial cooking process,” said Clarin. “We pull out the malts and the grain. We chill it to 30 degrees and ship it to each of our locations.”

The rest of the fermentation process takes place at the restaurant like the one in Northbrook, according to Clarin. He said there will always be six beers on tap as well as three or four seasonal locations. He said the brews are crafted German style.

“They are all very hardy,” said Clarin. “They have a nice, smooth delicious style.”

If a patron wants to drink something other than beer, there is a full bar with more than a dozen specialty drinks as well as a variety of margaritas and mojitos. The wine list contains over 25 selections. Clarin said the fare varies by location. Northbrook is the 37th Granite City spread across 14 states.

The menu offers traditional items like a Margherita flatbread as well as Asian Chicken featuring Asian glazed chicken, Szechwan peanut sauce, shredded carrots and a blend of cheeses on its crust.

Appetizers range from something as simple as wings or a spinach artichoke dip to the wild boar bratwurst sliders. For a main course, Clarin recommends chicken and asparagus linguini, Ponzu salmon or the 21-ounce bone-in rib eye steak.

While Clarin said the menu offered a better description of the food selections than he could, when it came to the burgers—there are five beef burgers and a bison burger—he was not shy.

“They are hand patted and char broiled,” said Clarin. “The meat comes in fresh each day.” Customers can order from six burgers on the menu or build their own.

When it comes to lunch, Clarin said, the mission shifts from being a polished causal restaurant to a place where people can get a quick break with a simpler approach. Served from 11 a.m. to 4 p.m., diners pay a flat price of $8.95 for the 10 options on the menu.

“People may only have 30 or 45 minutes to come in and have lunch and we want to take care of them,” said Clarin. “We still prepare everything fresh.” 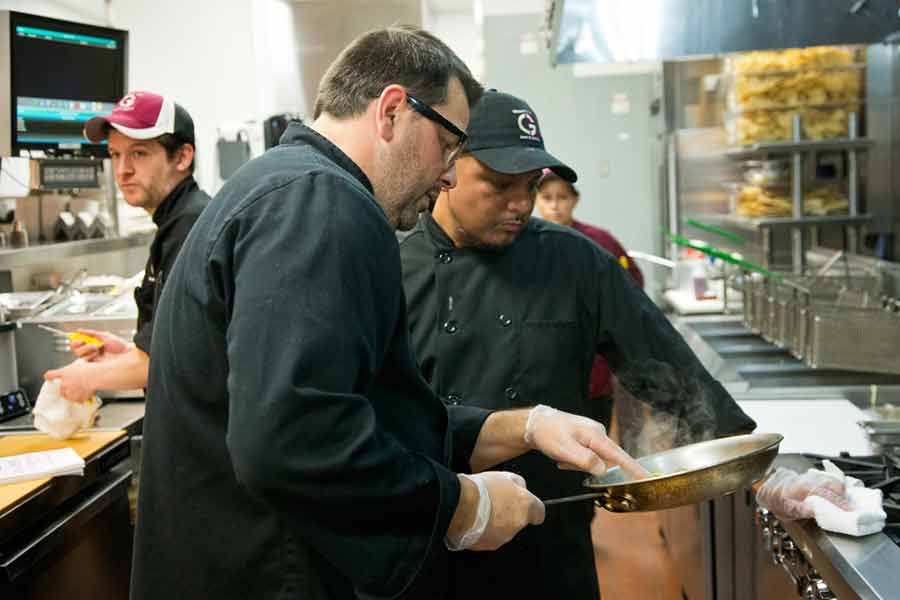 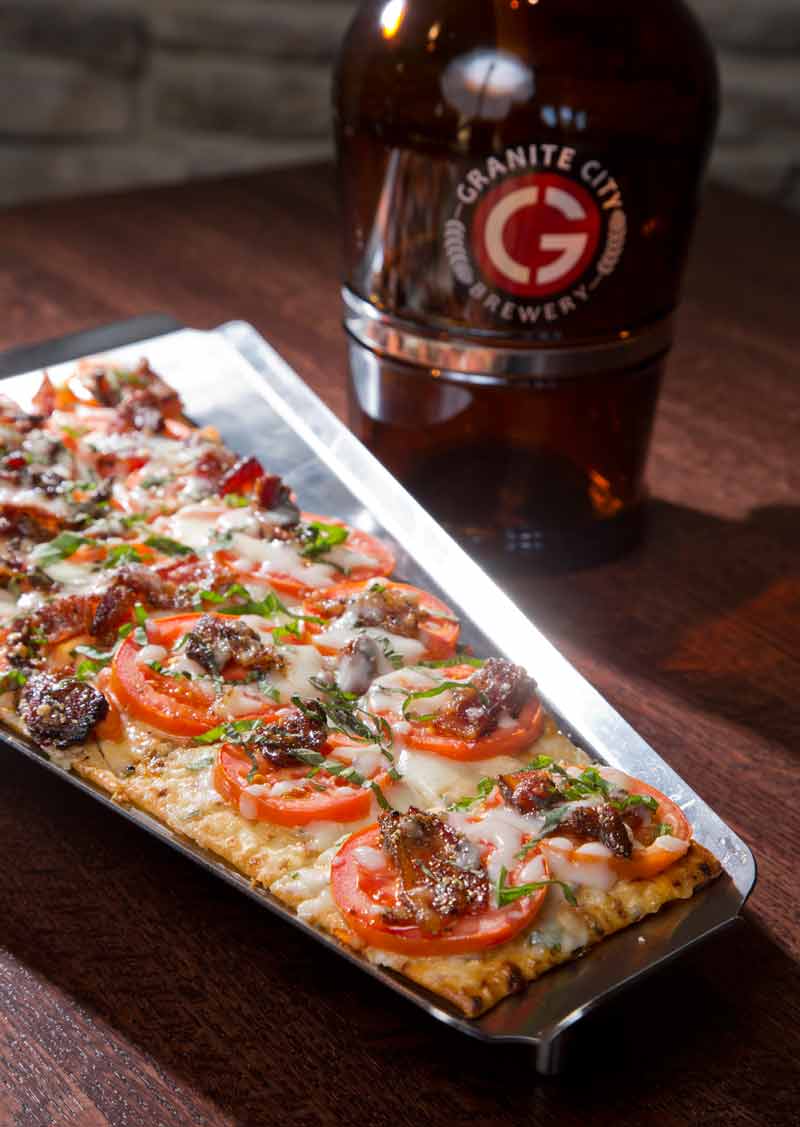 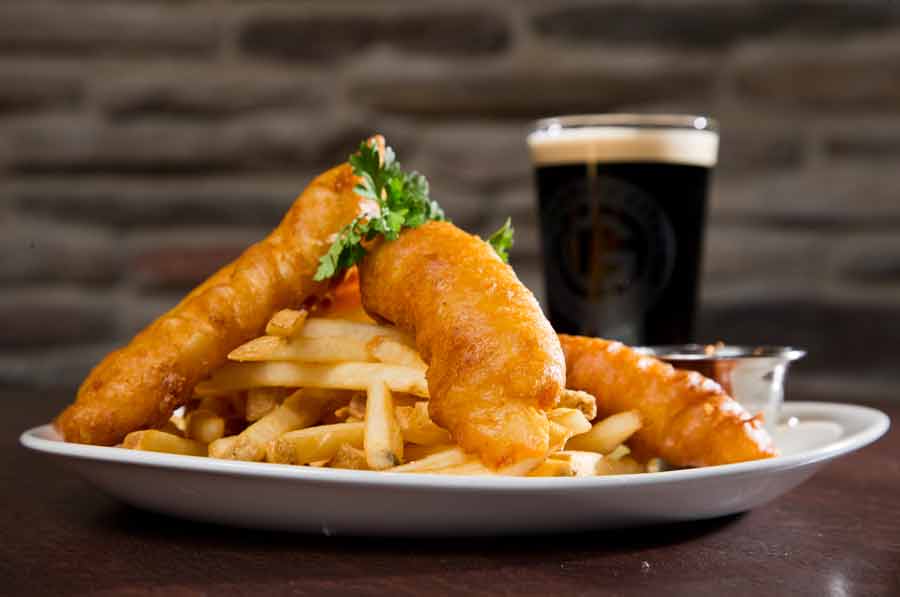 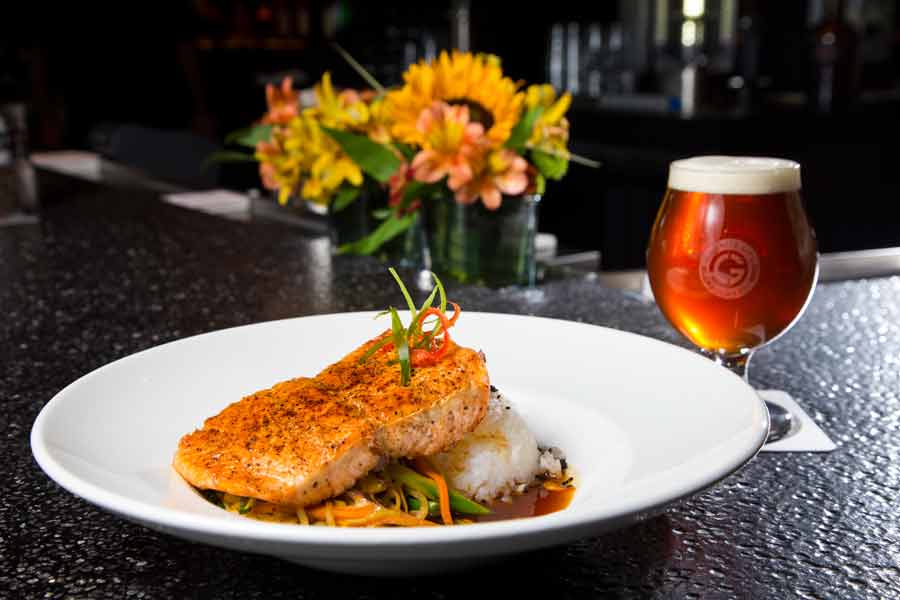 Ponzu Glazed Salmon with a pale ale called The Duke 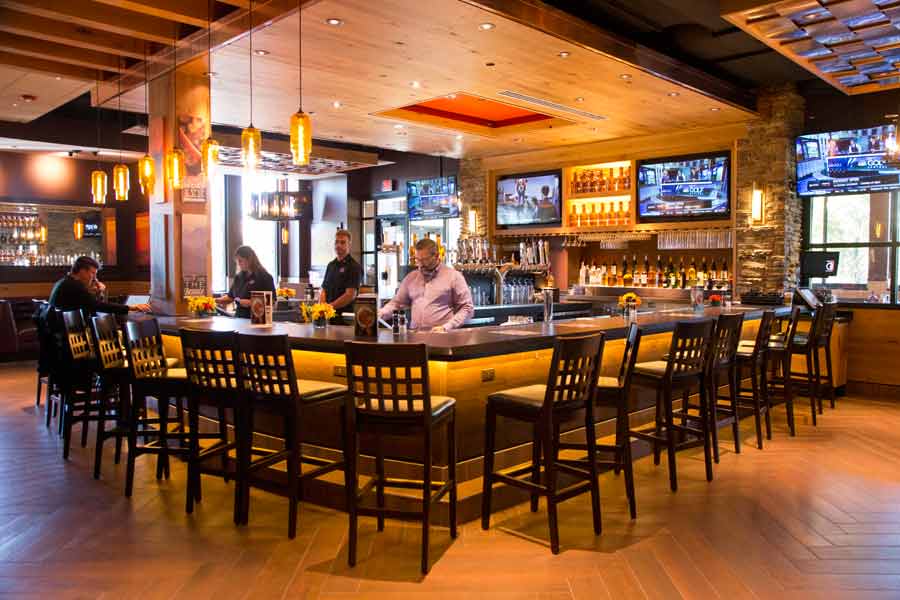