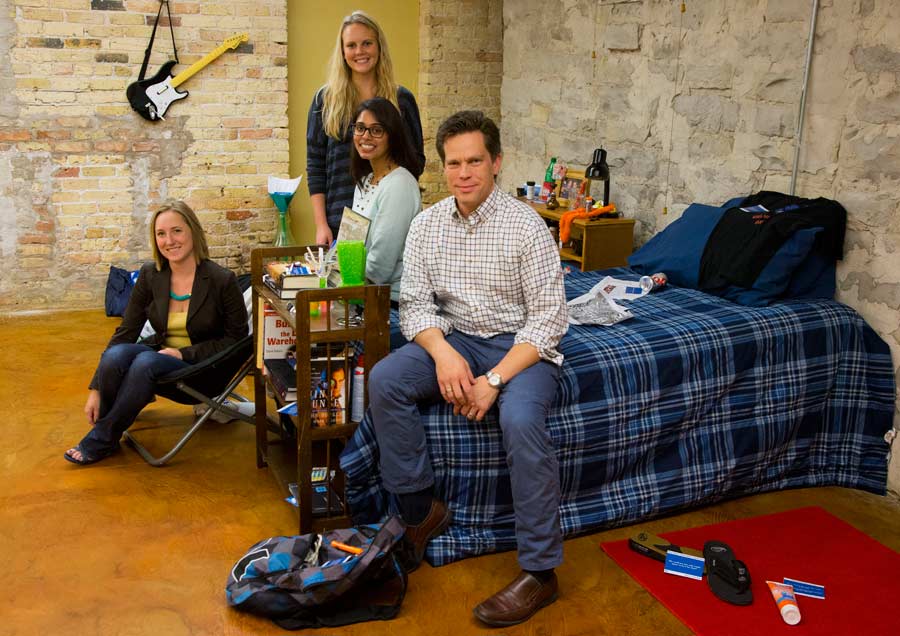 Andy Duran of the LEAD Agency and his staff, from left: Danielle Franzese, director of policy and outreach, Christy Grum, director of operations, and Somali Patel, Speakup Coalition director, in LEAD’s exhibit “Hiding in Plain Sight”, which displays potential trouble signs in a teenager’s room. PHOTOGRAPHY BY JOEL LERNER/JWC MEDIA

Originally a small network of Lake Forest and Lake Bluff parents started 30 years ago, LEAD’s efforts to combat alcohol and drug use among teenagers are now raising awareness throughout the North Shore and beyond.

From preventing suicide attempts to creating visual exhibits showing parents signs of danger, LEAD—an acronym for Linking Efforts Against Drugs—continues to find ways to make the world a safer place for young people, according to Andy Duran, its executive director.

Some of the time LEAD makes its message very public when hundreds of runners and walkers will participate in the organization’s ninth annual Red Ribbon Race at 8:30 a.m. October 22 at the Gorton Community Center in Lake Forest.

“This is our celebration of Red Ribbon Week,” said Duran. “It’s a national effort and one of our biggest fundraisers.” 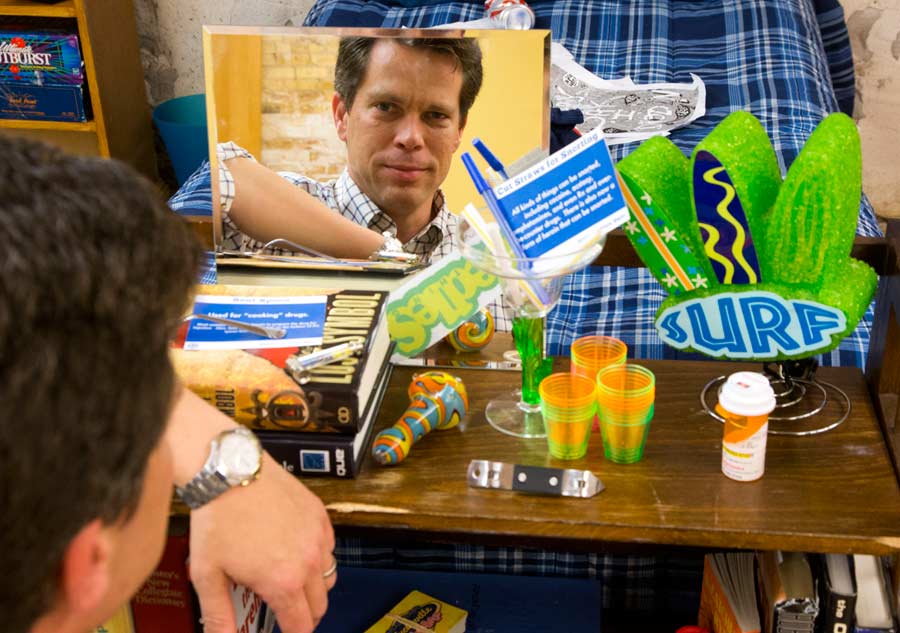 Andy Duran with items from the display that can indicate trouble.

Duran said LEAD’s effectiveness got stronger in 2010 when it received a $1.2 million federal government grant from Drug Free Communities. LEAD got a five-year grant for $600,000 then and renewed it last year for another five years bringing the total to $1.2 million.

“The large DCA grant gives us the resources to do things we couldn’t do before,” said Duran. “The (Lake Forest and Lake Bluff) police are strong partners. The chiefs, deputy chiefs and commanders all attend our meetings.”

Text-A-Tip started in 2014 is one of the programs Duran said makes the organization proud. It allows people to get help 24 hours a day, seven days a week by sending a text to 274-637. A call will follow shortly from a mental health professional.

“It’s had a direct intervention on suicides in progress,” said Duran.

When Text-A-Tip started in January, 2014, it was for Lake Forest and Lake Bluff students only. Just over a year later it was live in the Highland Park and Deerfield school districts and a few months later went live throughout McHenry County. As of March, it was available all over Lake County, New Trier Township and Riverside, Calif.

At its office at the Gorton Center in Lake Forest, Duran said the organization has created a life size model of a teen’s bedroom with 100 touch points showing parents signs of drug or alcohol use by their teens.

“They can see, touch, small and feel signs of substance abuse,” said Duran. “They can smell marijuana and see drug paraphernalia and how it can be located in the house. It’s a good education for parents.”

Developing partnerships with schools, local officials and the police has put LEAD in a position to influence government action like making it harder for teens to drink at Lake Forest’s annual Fourth of July festivities.

Duran said he and his staff volunteered at the celebration in 2015 and gathered data. Then they talked to police and event organizers. 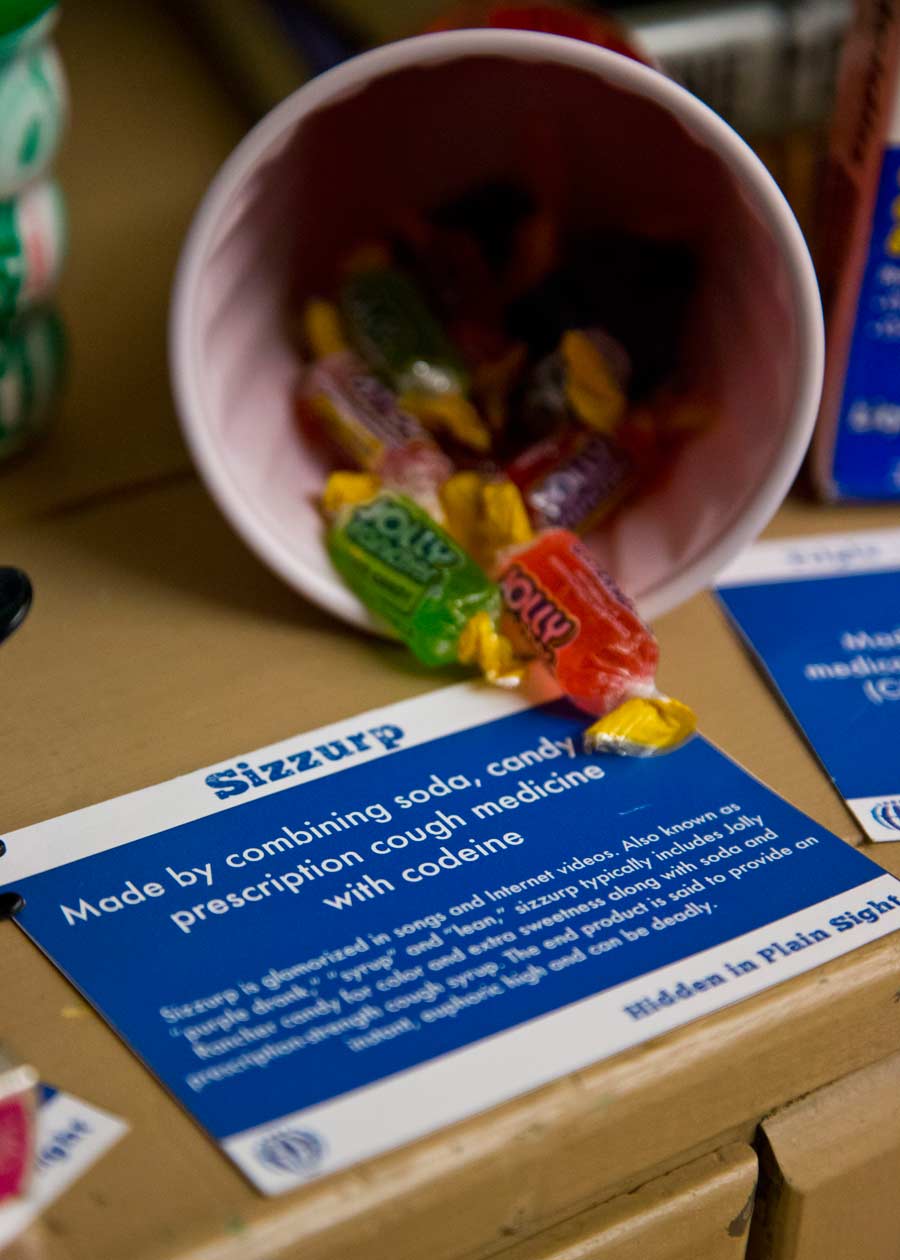 LEAD educated organizers of the event and this summer a plan was in place to properly check IDs, search coolers and be vigilant for underage youth who show signs if inebriation. He said there was a reduction of attempted use in 2016.

When Starbucks asked the Lake Forest City Council last winter to allow it to sell wine and beer at its new location on Western Avenue in downtown Lake Forest, Duran said there was a concern about exposure to the youth who spent time there doing homework and collaborating with other students on projects.

“We figured if we didn’t do anything they would just pass it,” said Duran. “We got some parents and we spoke (at a city council meeting). They created a whole new class of liquor license. We restricted the hours.”

When the new shop opened in September, the company elected not to serve wine and beer until it could get a better sense of the community’s wishes, according to a September 23 DailyNorthShore.com story.

Among other projects are a medicine cabinet used to show parents potential dangers from prescription drugs, according to Duran. He said they also can show people how many things can be purchased for e-cigarettes within a five minute walk from the Gorton Center.

“It was all gas stations and drug stores,” said Duran. 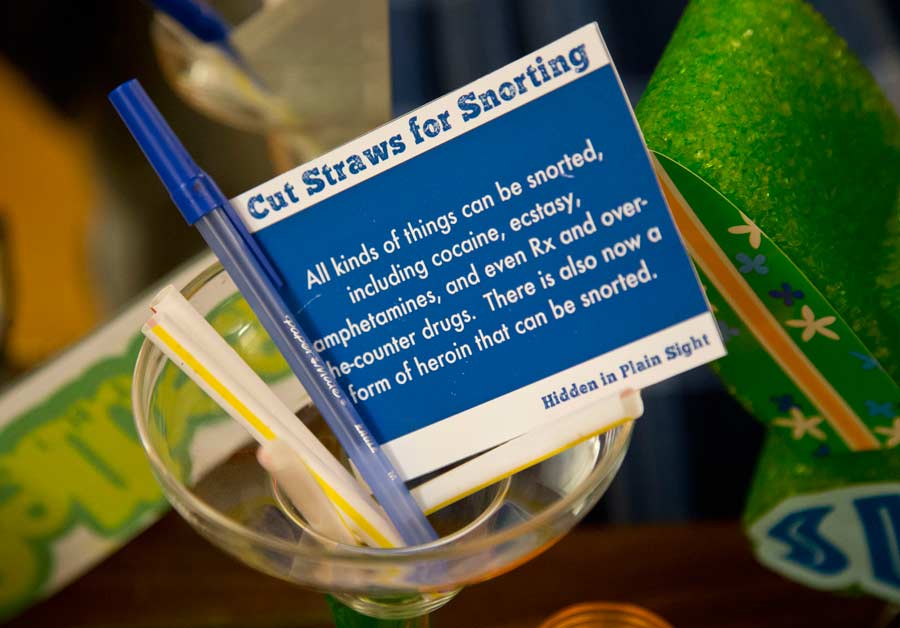 Another clue to look for: cut pens can become straws for snorting illegal and prescription drugs.