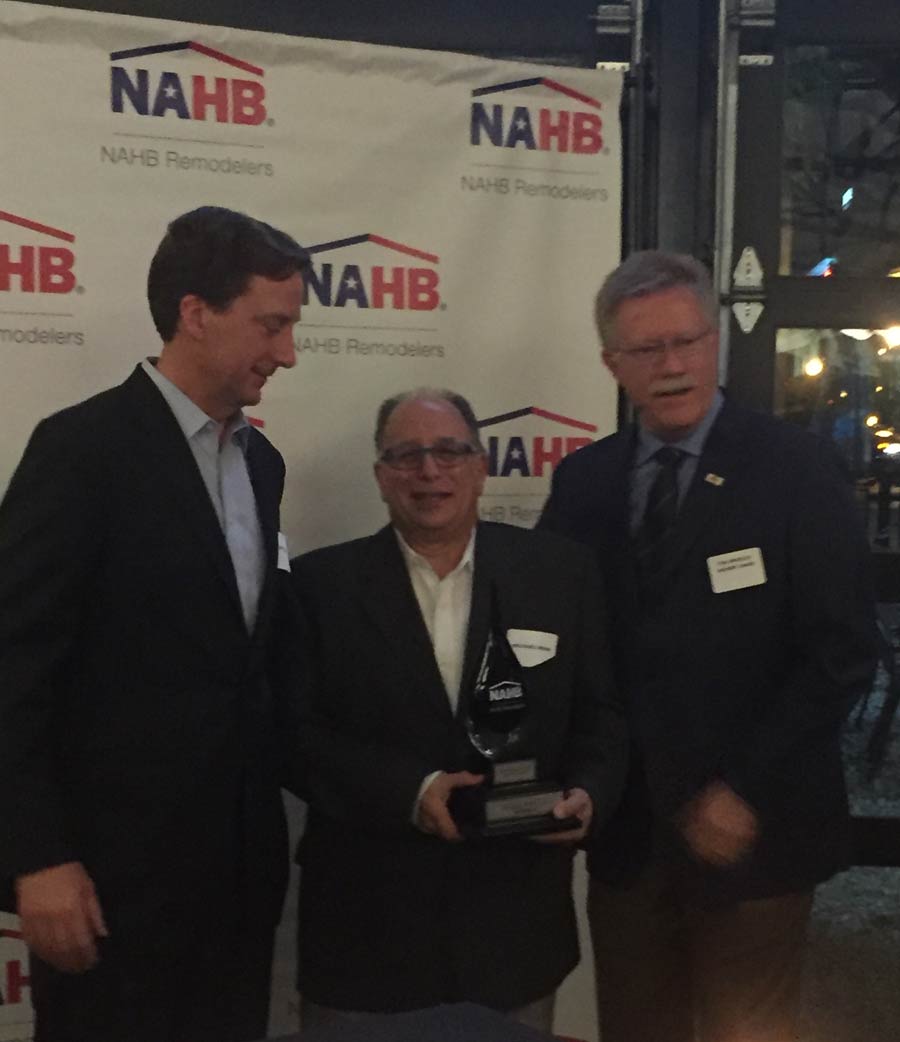 NORTHBROOK – The National Association of Home Builders (NAHB) has named Northbrook resident Michael Menn, principal of Michael Menn, Ltd. in Northbrook, Remodeler of the Year in recognition of his significant professional remodeling achievements. The announcement was made at the NAHB Remodelers’ awards presentation on October 6 during the National Remodeling Show in Baltimore, Maryland. Publisher and Editor Patrick O’Toole, co-sponsor of the 2016 National Remodeler of the Year award, stated “Michael Menn exemplifies what a professional remodeler brings to this industry. Over the last 26 years Michael has brought design to the forefront in remodeling.”

Menn responded, “I am honored to have been selected by my industry peers for this prestigious award.”

The award recognizes superior business management, exemplary NAHB involvement at all levels and outstanding contributions to the remodeling industry.

Michael Menn has been providing residential and commercial architectural and construction services since 1977. He is a licensed architect in Illinois, Indiana, Iowa, Wisconsin and Arizona, and has reciprocity in more than 40 states. Menn established his first architectural private practice in 1983, focusing on custom residential and commercial projects. Over several decades, and under Menn’s guidance, the firm evolved into a diverse architectural, planning, interior design and construction company. Menn has won numerous professional awards, including the Illinois State Remodeler of the Year award on two occasions. He has been honored by the Home Builders Association of Greater Chicago, the National Association of Home Builders, and Remodeling Magazine. Menn has received the Torch Award for Marketplace Ethics from the Illinois Better Business Bureau, an accomplishment of which he is especially proud.

Menn has served as president of the Home Builders Association of Greater Chicago – Remodeler, and is a member of The American Institute of Architects, National Council of Architectural Registration Boards, and National Kitchen and Bath Association. As a Certified Aging in Place Specialist (CAPS), Menn has specialized training to design and build residences and rooms for clients planning to remain in their homes through their senior years.

Michael Menn, Ltd. is located at 1930 Phillips Avenue in Northbrook. For more information call (847) 770-6303 or view the company’s website at: www.michaelmenn.com