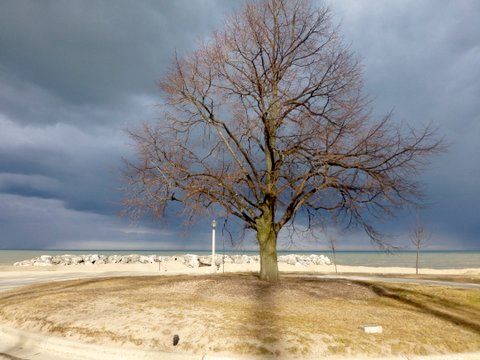 LAKE FOREST — Lake Forest is getting ready to tell its story to the world.

The idea began in the spring when people from the real estate community met with Mayor Donald Schoenheider and City Manager Robert Kiely, Jr., for their quarterly meeting. Kiely said at the time their concerns were greater than usual. Schoenheider decided to act.

The mayor announced a marketing campaign in May and then created an ad hoc committee of the Lake Forest City Council to develop the plan to tout the city’s attributes. Since it was formed, the committee has been talking to people in the community to gather ideas.

One of the first things the committee did was hire a filmmaker to produced targeted videos of places around town to show what residents like about the city. The clips were shot September 19.

Residents can get a glimpse of some of the filmmaker’s work when the committee tells the community more about its plan at the city’s annual town hall at 7 p.m. November 1 at the Gorton Community Center.

The plan is a work in progress but Alderman Prue Beidler, who chairs the committee, said she hopes it will be fully rolled out in the next 10 months. The council unanimously approved hiring Barnstorm!, a consultant, October 3 at City Hall to help guide it through the process.

Beidler said the committee of four—Beidler, Deborah Fischer, a broker with Berkshire Hathaway HomeServices Koenig Rubloff and president of the Board of Directors of the Lake Forest-Lake Bluff Chamber of Commerce; city Communications Manager Susan Banks, and Susan Kelsey, city’s economic development officer—will soon get bigger.

“We want to get a wider cross section,” said Beidler.

The committee will work with the consultant to refine the plan, dubbed Lake Forest Welcome, to attract new residents, young families, students, businesses, visitors, shoppers and diners to town, according to the committee’s mission statement. Beidler said there is a lot to communicate.

“People know about the beach but they don’t know all the open lands and trails,” said Beidler. “We have cultural attributes like Gorton (Community Center) and Ragdale.

While a number of people who grow up in Lake Forest return to raise their families, Beidler said the idea of the plan is to reach out to young families looking to make the move from Chicago to the suburbs or relocating from elsewhere to work in the many businesses headquartered nearby. Just as the city has an intrinsic excitement, she said there is some here too.

“There is a vibrancy here,” Beidler said. “We have excellent opportunities for education both public and private. There’s Lake Forest College. How many places have a college of that quality?”

“This gives people a lot of choices,” said Beidler. “I love choices.”

One of the things Beidler said the plan will emphasize is how safe people feel in Lake Forest. She said locals may not give it a second thought but young families in Chicago who want to make the North Shore home are thinking about it.

Young families are not the only target of the plan.