Loyola Academy improved to 6-0 on the season with a decisive 35-3 victory over visiting St. Rita on Oct. 1. Photographer Joel Lerner captured the action. 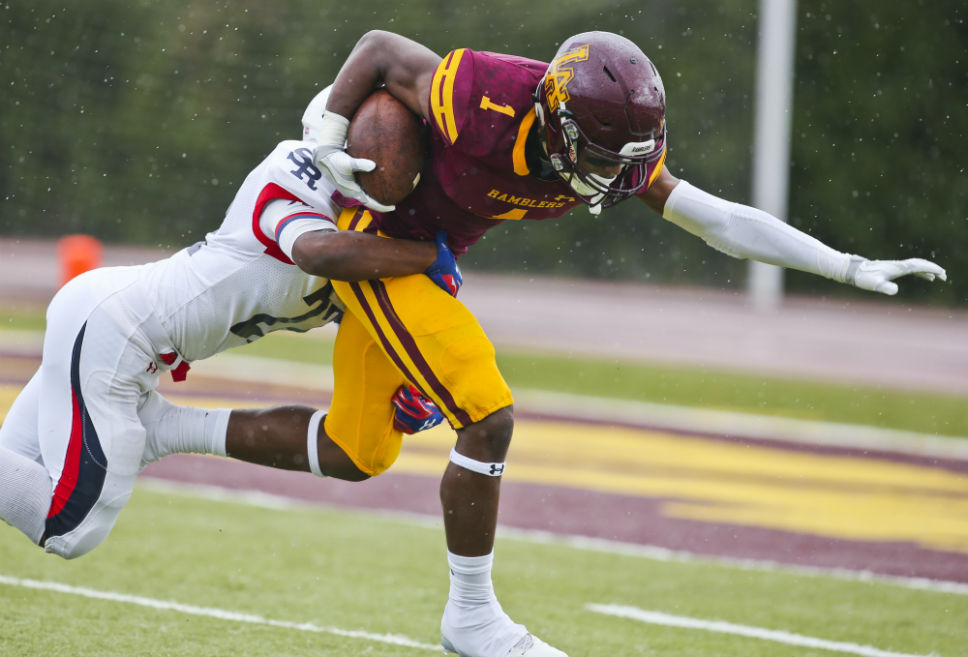 David Terrell (No. 1) tries to break free from a St. Rita defensive back. Terrell caught two passes for 49 yards. 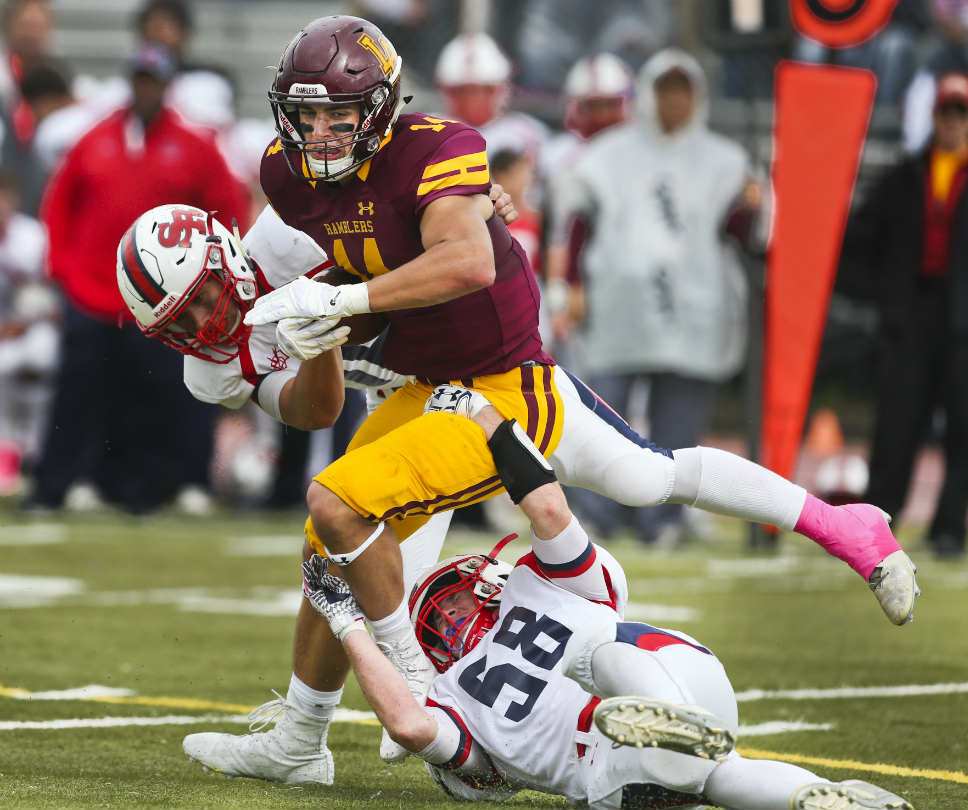 Jake Marwede (No. 14) makes a catch in double coverage. Marwede had nine catches for 96 yards. 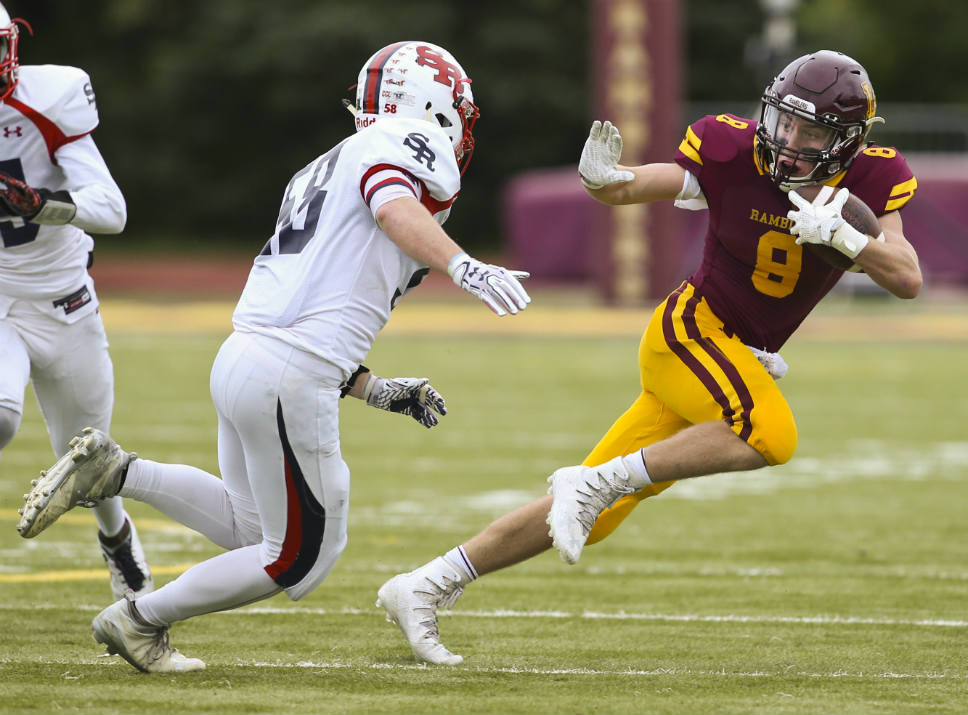 Jack Martinus (No. 9) tries to avoid a defender on his 14-yard reception. 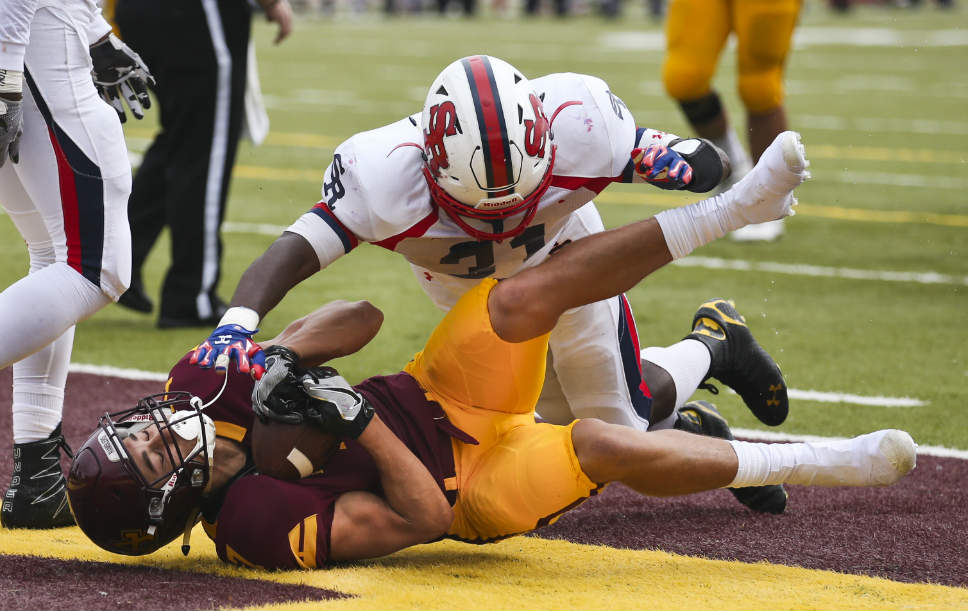 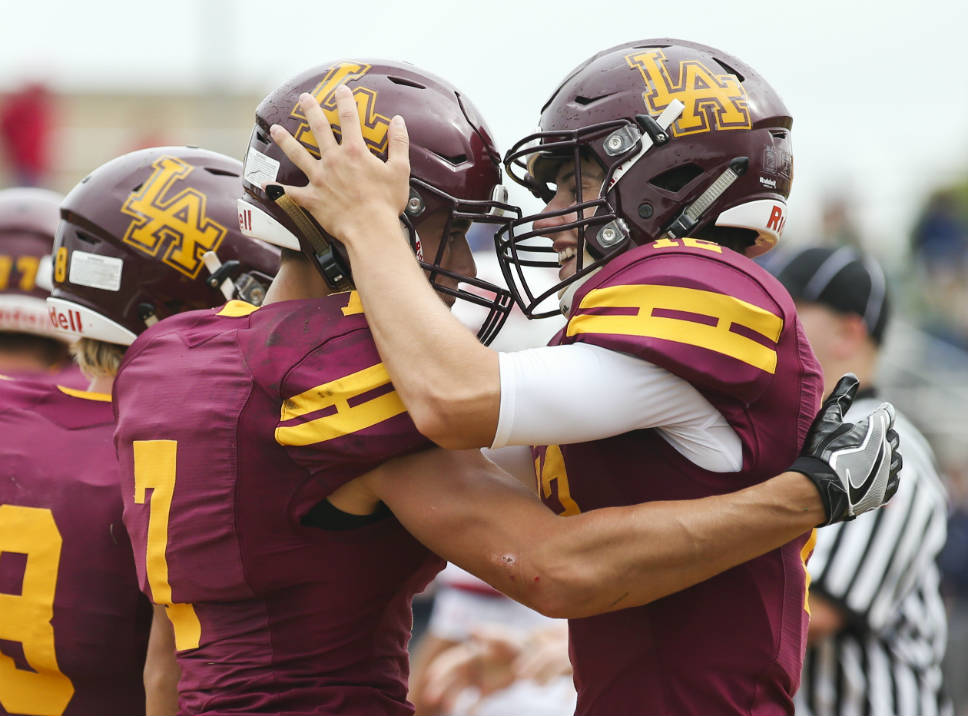 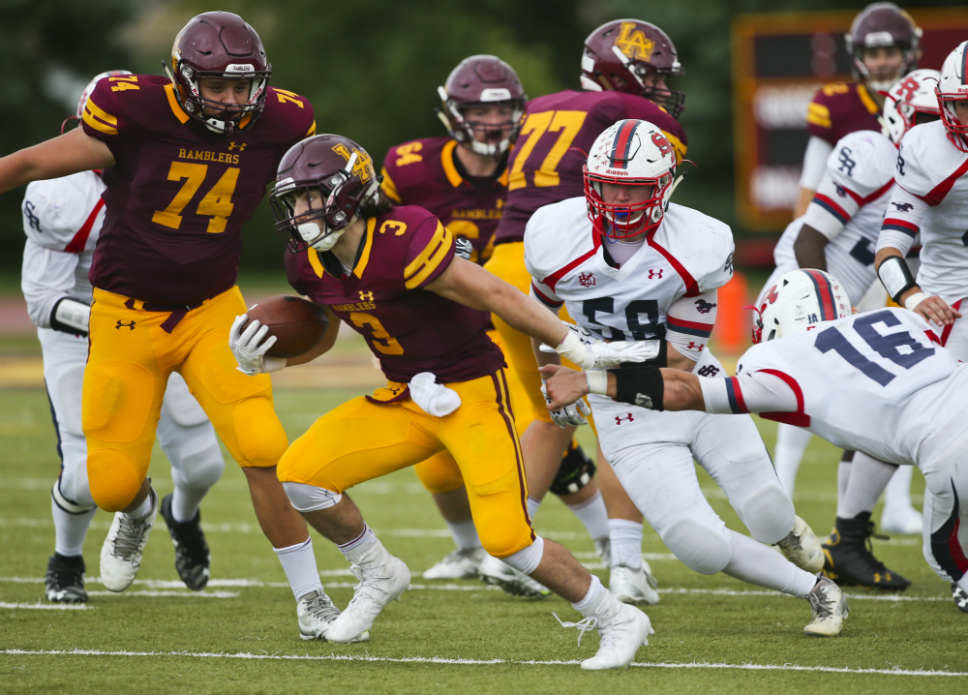 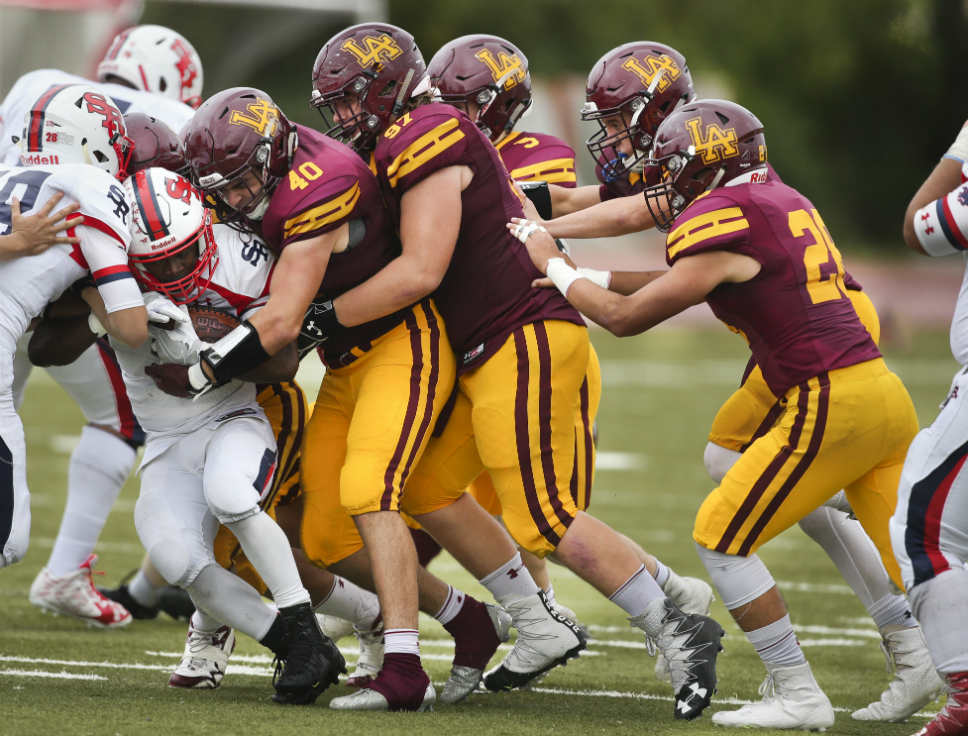 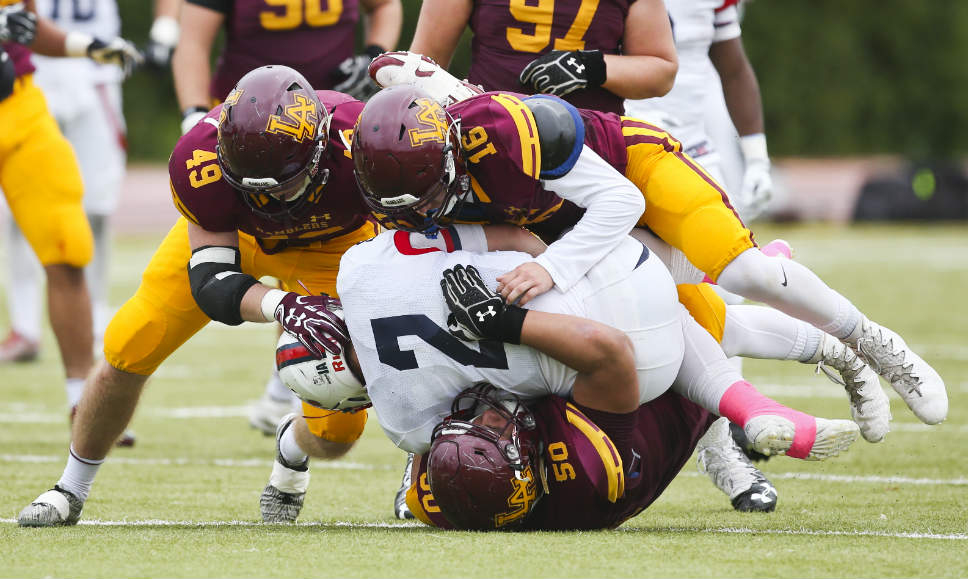 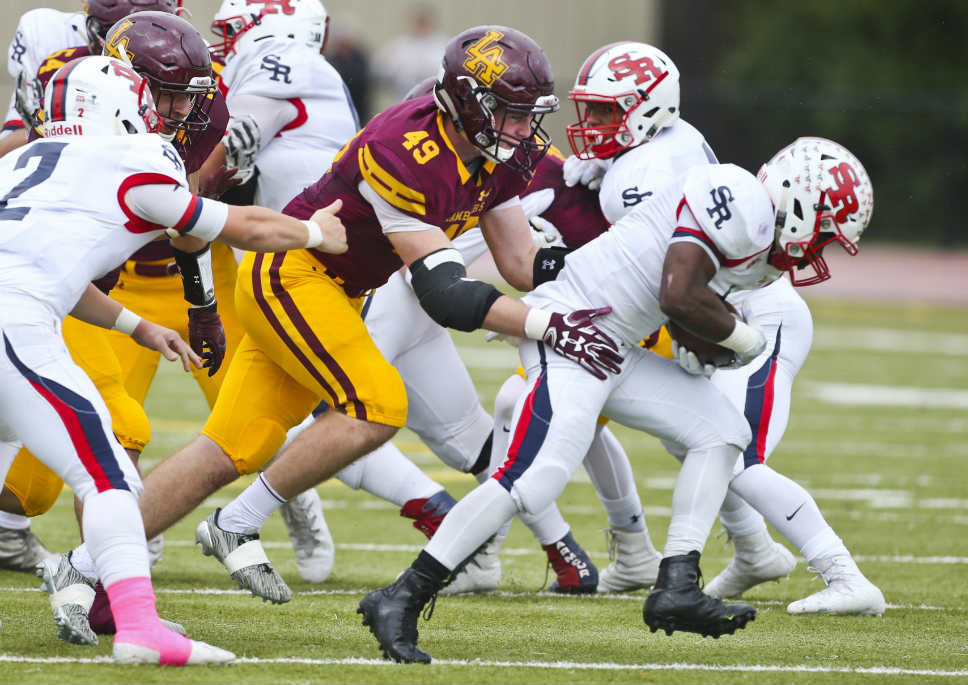 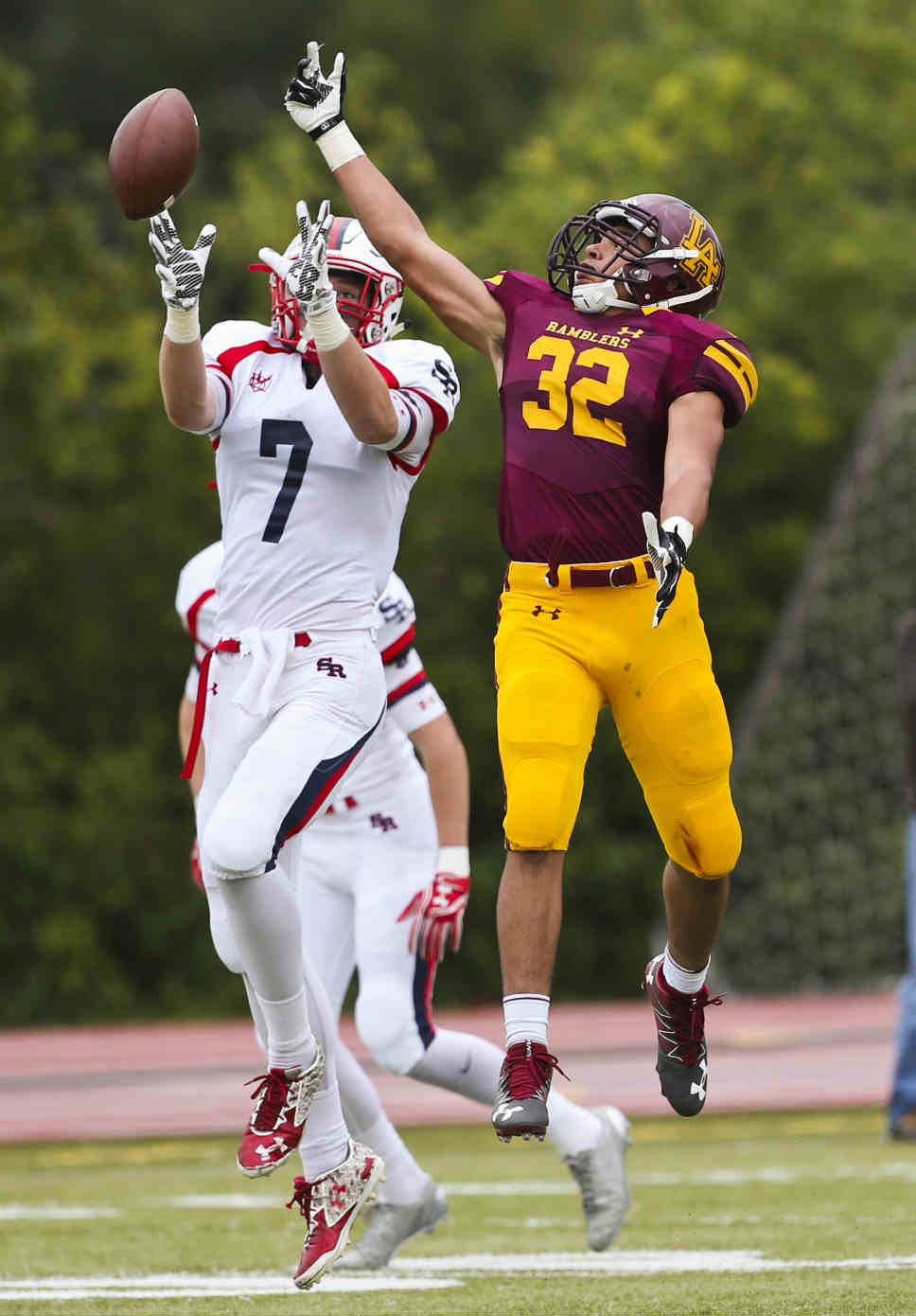 Anthony Rodriguez (No. 32) deflects a pass away from St. Rita’s Tim Zaleski. 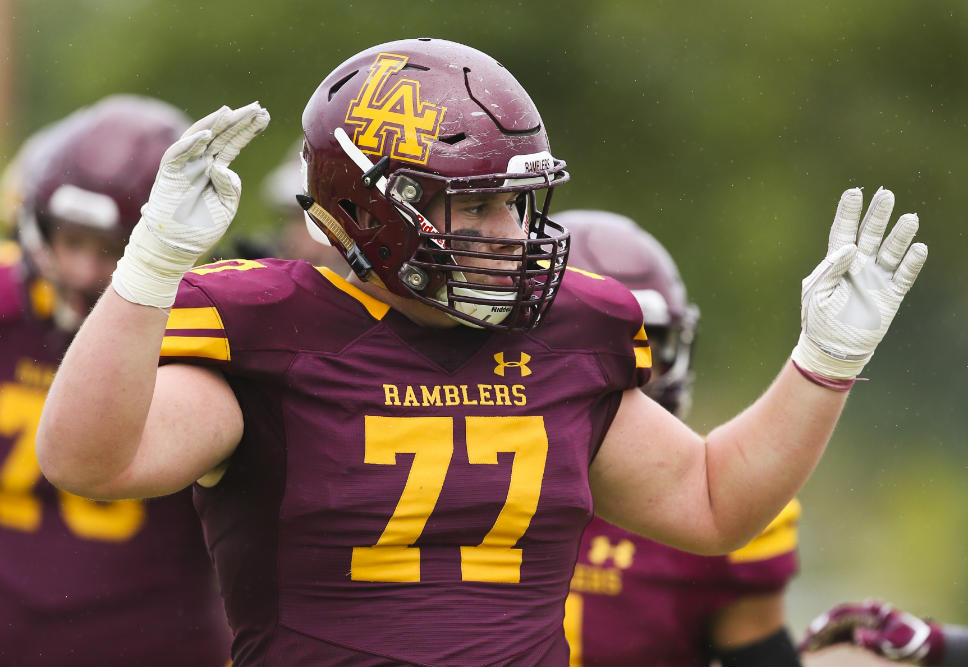 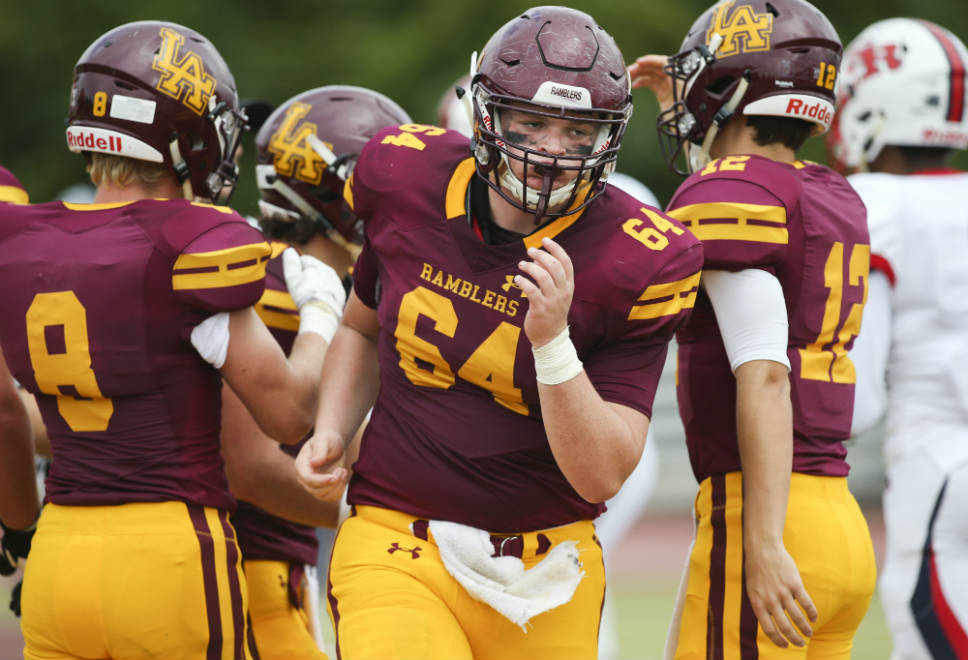 Center Paddy Kotowski heads off the field after a TD. The Ramblers amassed 359 yards in the game.