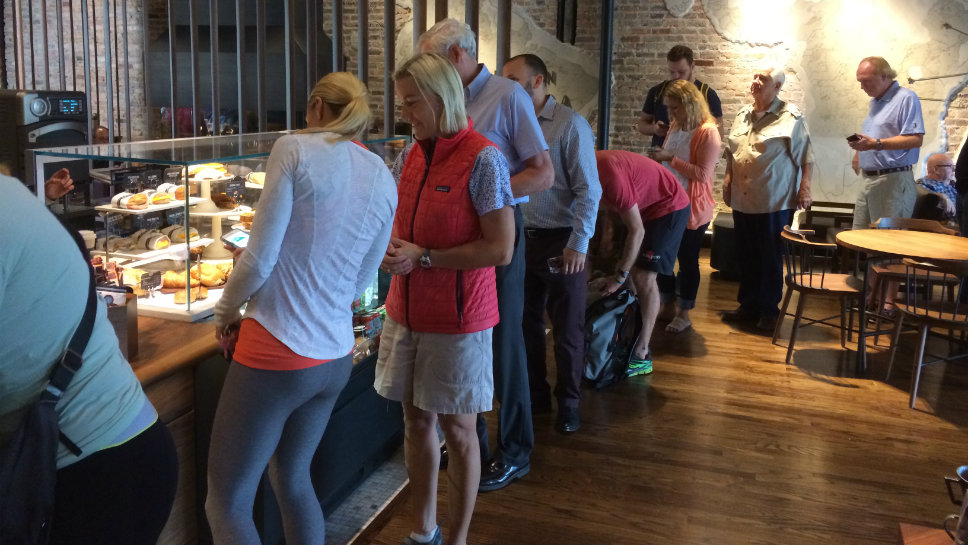 The lines were long all opening morning.

LAKE FOREST — Wowed customers at the new Starbucks in downtown Lake Forest were spouting the same message as company management.

Starbucks opened with lines winding around the shop much of the morning September 23 just off Market Square at 672 North Western Avenue, trying to give customers an “elevated coffee experience,” according to District Manager Laura Edler.

Jane Eberly, a former Lake Forest resident now living in Colorado and in town for a wedding, was sitting at the clover bar drinking coffee. She expressed Edler’s words almost verbatim.

“They’ve elevated it to a higher level,” said Eberly. “It’s clearly going to create a buzz around town.” 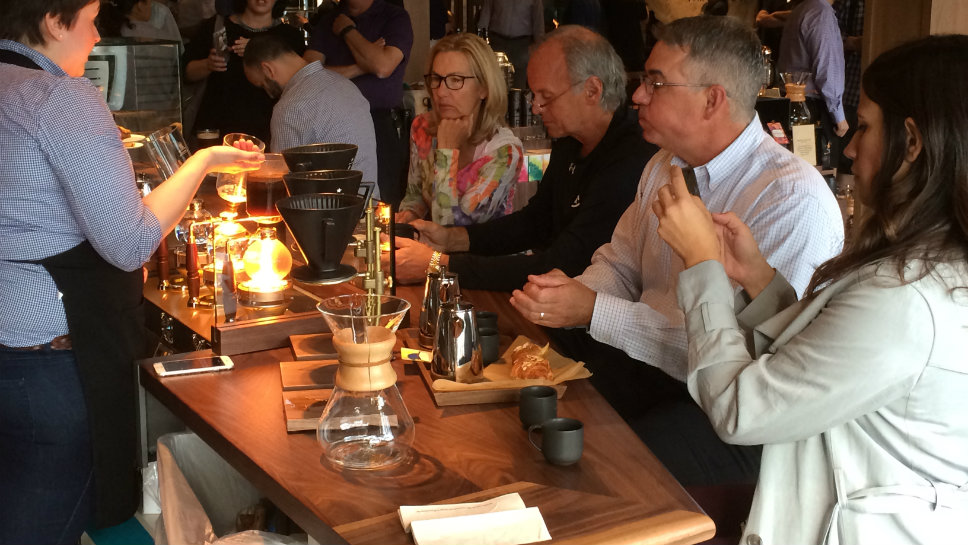 As Edler described the clover bar, a six-seat bar near the front of the store where espresso is brewed in the Black Eagle machine, she said the company wanted to give customers an “elevated coffee experience.” People can watch coffee brewed one cup at a time in special coffee makers, while the barista brewing it offers an explanation.

The food is unchanged and all the coffees brewed at the former Bank Lane location are still being made, but there are additional coffee choices. Edler said Starbucks has introduced its Reserve line, which includes sun dried cold brew, nitro sun dried cold brew and smoked butterscotch latte. The introduction of nitrogen offers a different feel.

“It’s a mouth feel,” said Edler. “It’s not sparkling, not still. It’s something in the middle.”

Vicky Kujawa of Lake Forest was sitting in a lounge chair by the fireplace, getting her first taste of nitrogen-infused coffee. 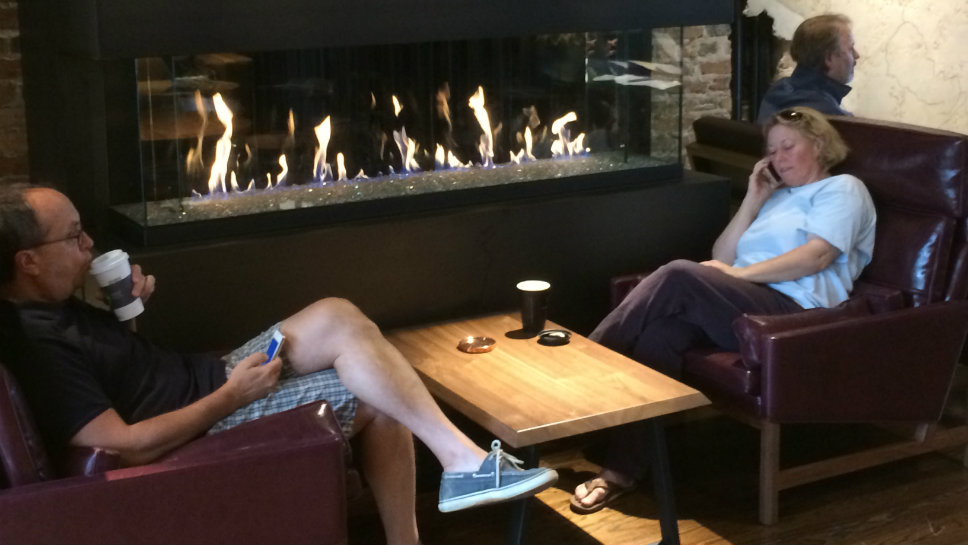 Karl Seyfert (left) and Vicky Kujawa, both of Lake Forest, drink coffee by the fireplace.

“It’s very good, very mild, like a whisper” said Kujawa. “It’s like a combination of a downtown Chicago nightclub and a Seattle coffee shop with the music and the fixtures,” she added referring to the atmosphere. “It’s sleek.”

Karl Seyfert of Lake Forest was also sitting in a lounge chair by the fireplace and was excited by the atmosphere.

“It’s definitely amazing,” said Seyfert. “It’s like being in an exclusive restaurant.”

Some things have not changed. Students will continue to congregate after school and do homework, according to Lake Forest High School junior Meredith Delaney. She said she was thrilled with the new environment. People will also use it as a place to work, as was Lake Forest resident Rick Long, a software executive who was in a lounge chair with coffee and a laptop. 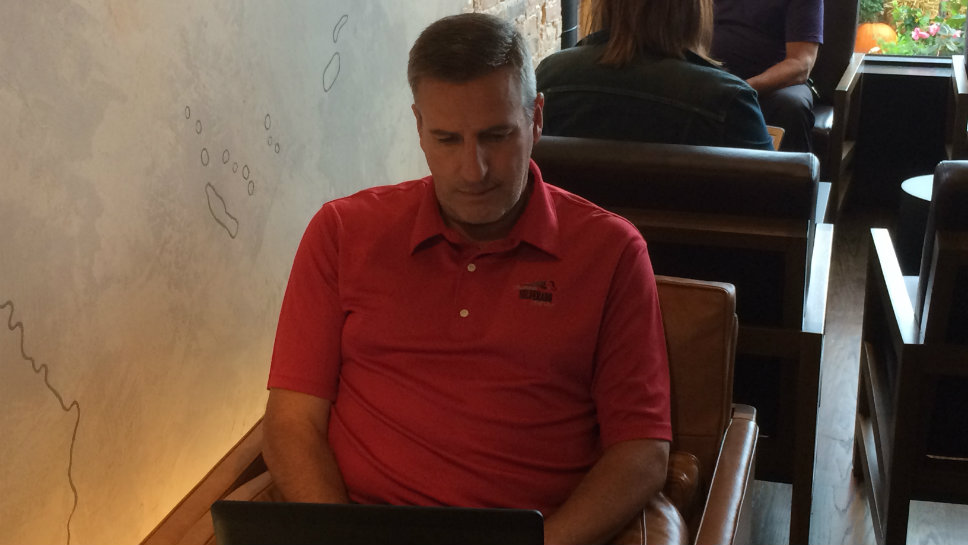 “This is going to become a community gathering place,” said Long. “I can work at home or at the office so I decided to come here, get a cup of coffee and work.”

One thing that will not be in the shop for now is Starbuck’s Evenings menu offering wine, beer, desserts and light supper options, said Maggie Jantzen, a company spokesperson. The Lake Forest City Council approved the program in April but Jantzen said the company is taking a wait-and-see attitude.

“We’re not doing it now because we want to make sure what we’re doing fits with the community,” said Jantzen in a DailyNorthShore.com telephone interview. “We want to listen to the community and get feedback.” She said they will be listening to employees. 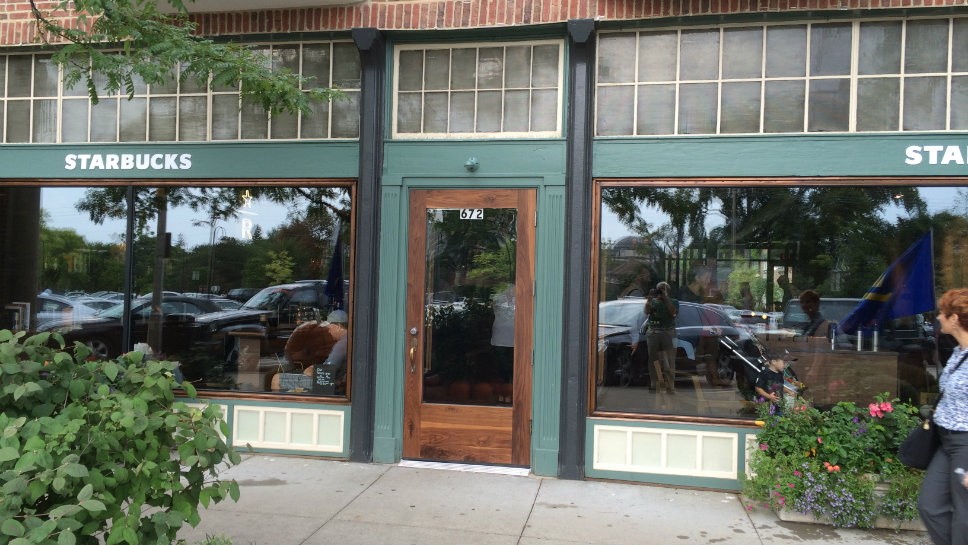 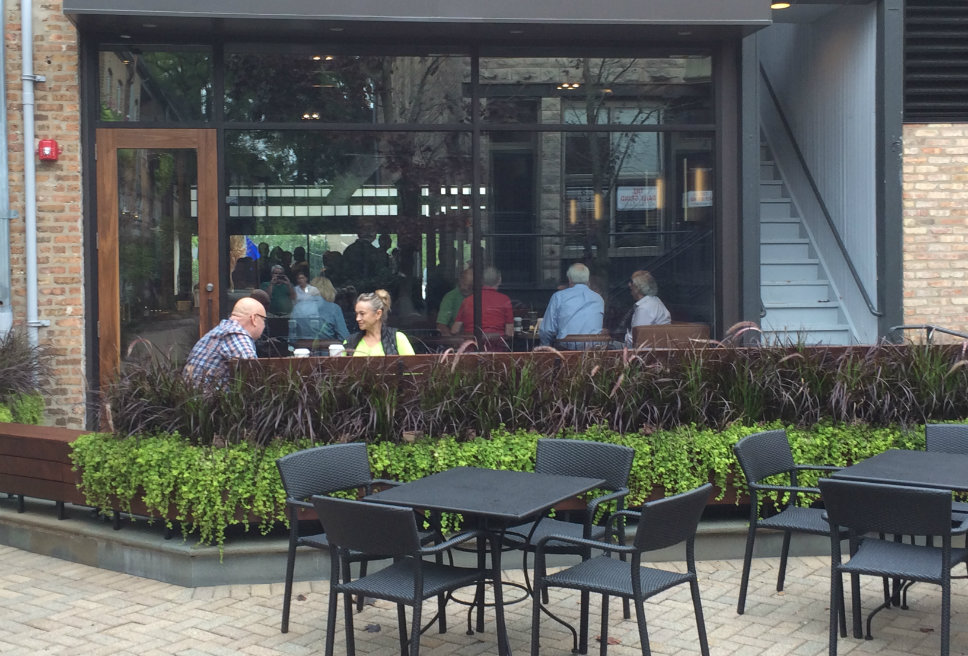 There is outdoor seating off the Market Square south terrace. 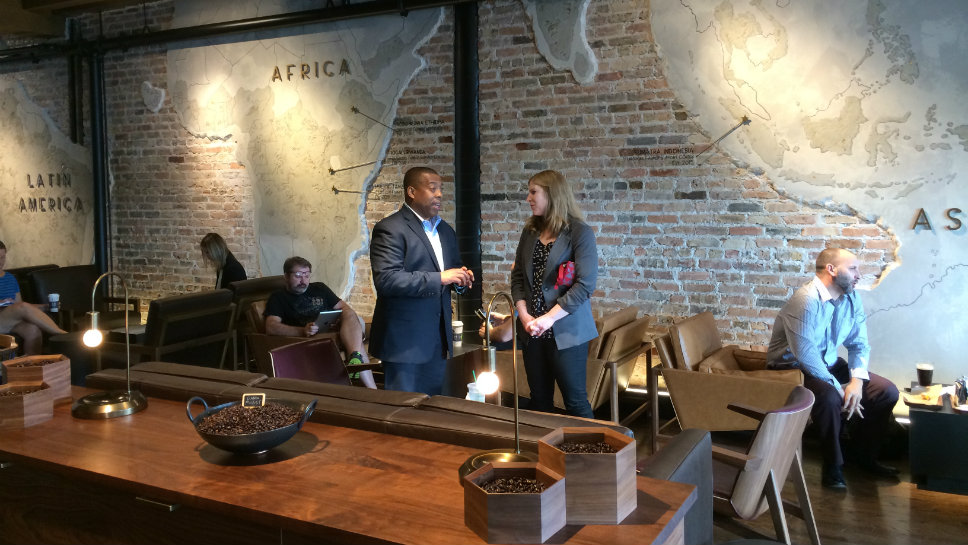 Starbucks retained the original brick wall adding a map of the world showing where its coffee comes from.