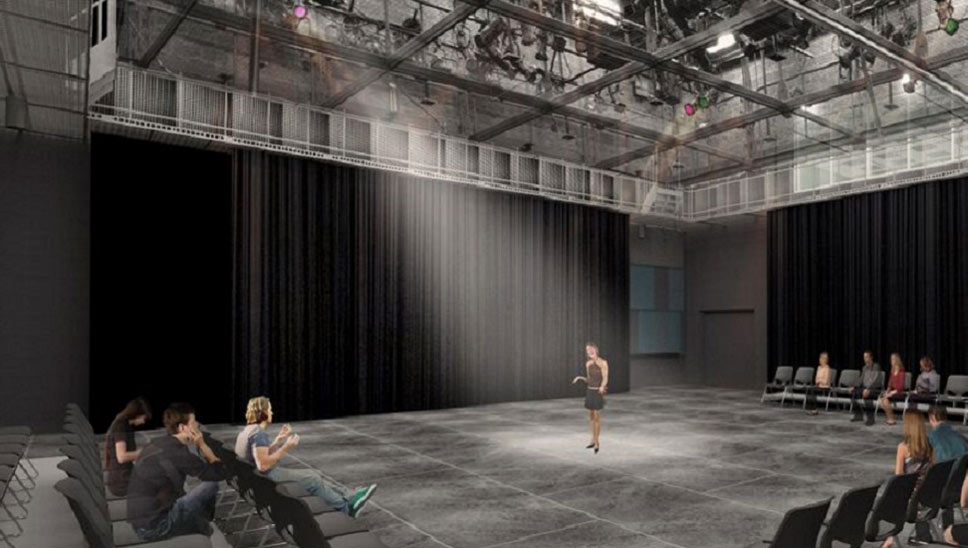 WINNETKA – Members of Raise The Stage, a capital campaign to outfit New Trier High School’s new black box theatre and name it in memory of Mary Catherine Hayes (‘10) and Sarah McCausland (’13), presented the New Trier Board of Education at its September 19, 2016 meeting with a $250,000 check. It is the second payment this year toward the campaign’s ultimate goal of raising $1 million by June 2017. The first payment of $400,000 was made in February, bringing the total raised to $650,000.

Raise The Stage members plan major outreach to all New Trier families and alumni throughout the fall in hopes of raising the remaining funds necessary to complete the Hayes-McCausland Theatre in conjunction with New Trier’s new performing arts wing, scheduled to open in fall 2017.

“We are closing in on our $1 million goal and are incredibly appreciative of the overwhelming support we’ve received so far, particularly from family and friends of the girls,” said Dale West Wyant, Raise The Stage Campaign Director. “This fall, we are determined to reach as many people as possible who have benefited from a New Trier education to ask them to give back to the school that put this township on the map. Mary Catherine and Sarah blossomed at New Trier into the people we will always remember. I’m sure so many other graduates and their families would say the same.”

Mary Catherine (’10) died of cancer in 2013. Sarah (’13) was killed by a drunk driver in 2014. Both girls loved New Trier and were passionate participants in its theatre and music programs. Raise The Stage is the first naming-rights campaign orchestrated on behalf of the school in its 115-year history. It is a collaboration between the girls’ parents, the school and township residents to fulfill an unmet need in memory of two students who represent the desire for excellence that New Trier instills in all students.

New Trier’s $89 million referendum, approved in November 2014, provided the funding to frame out the two-story black box space but not to outfit it with the essential components – lighting, sound system, AV equipment, etc. – necessary to function as a working theatre and performing arts classroom. Raise the Stage bridges the gap. All funds raised will go towards outfitting this state-of-the-art teaching laboratory for performance, stagecraft and design students. It is an essential feature of New Trier’s extensive renovation, which is now well underway. The first phase is already in use and was recently dedicated. The second, including the performing arts wing that will incorporate the Hayes-McCausland theatre, is on schedule to be completed by the start of the 2017-18 school year.

The campaign greatly appreciates contributions at any level, which can be made by visiting www.raisethestage.org. Donors who give $5,000 and above will be permanently recognized on New Trier’s first ever donor wall, a striking panel of glass etched with images of Mary Catherine and Sarah, which will be prominently displayed in the school’s new concourse. For more information, please contact Dale West Wyant at 847-687-2557 or [email protected] To learn more about Mary Catherine and Sarah, visit www.raisethestage.org/home/the-girls/. 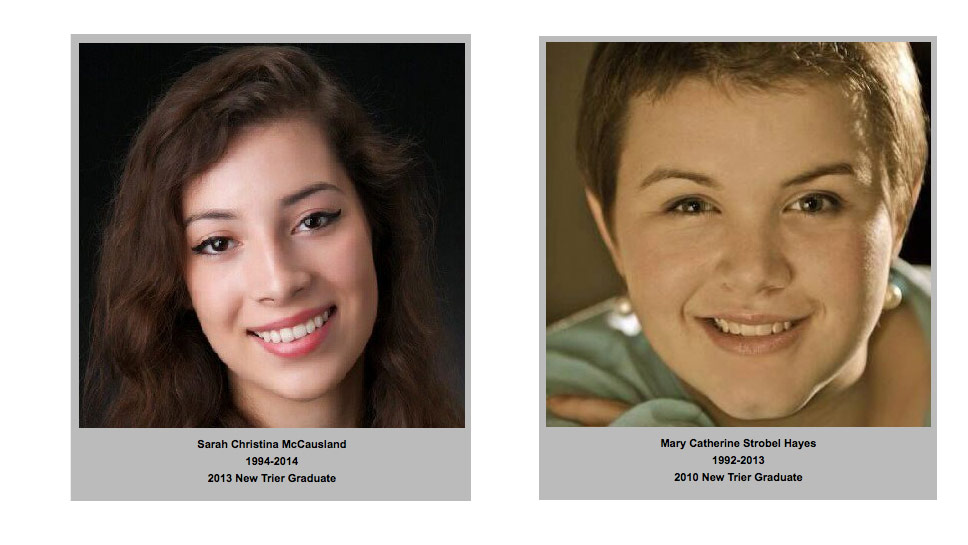 Photos of the girls from www.raisethestage.org