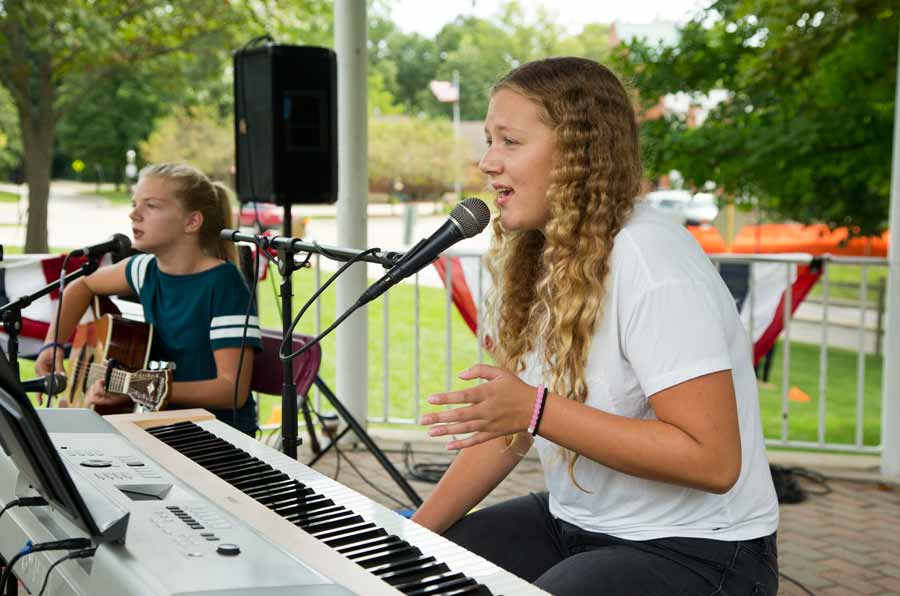 LAKE BLUFF — People sensed something different in the air as youngsters born after September 11, 2001, ran an obstacle course designed by military personnel who fought against the terrorism which attacked the country that day.

Joanna Rolek, the executive director of the Lake Forest Lake Bluff Chamber of Commerce, said she remembers the surreal nature of the day of the attack but also recollects how Lake Bluff reacted within a week of the event.

“First a few flags went up,” said Rolek. “They there were a few more and pretty soon everyone was flying one. This is a place that goes from 5,000 to 20,000 on the Fourth of July with the parade. This is what we’re showing today.”

Sponsored by the chamber, the Village of Lake Bluff and the Lake Bluff Park District, there were information booths from groups like the USO and the American Legion as well as children’s activities and a camping demonstration by the Boy Scouts.

Then there was the obstacle course put together by Thrive Project for America. It is a scaled down version of one used by Navy SEALs in their training, according to Michael Keppen, an active duty naval officer who runs Thrive.

“We want them to have some fun but we want to challenge them,” said Keppen. “This is a chance to show patriotism the day before September 11.” 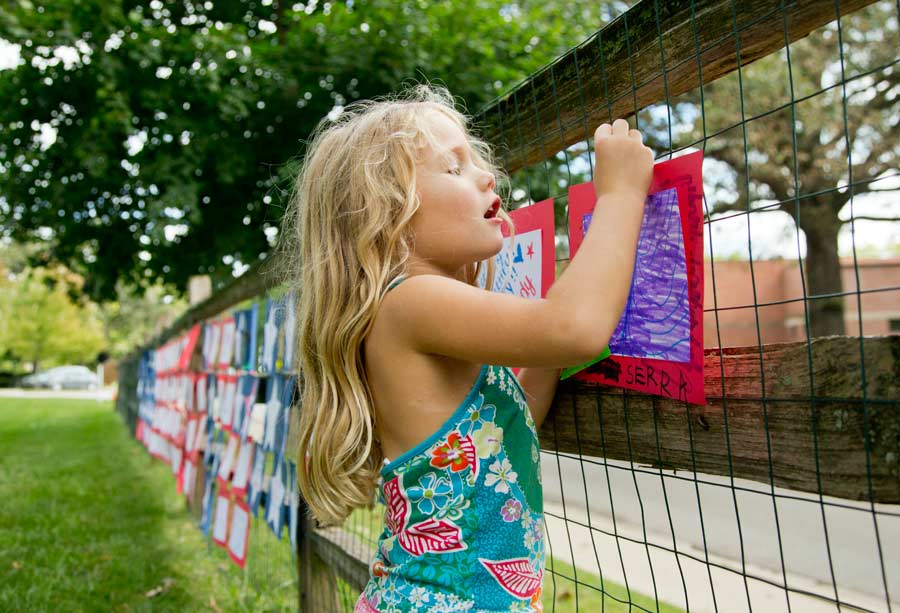 “All my friends were doing it and I wanted to try,” said Fallidas. “It was fun. It was a little hard but I really tried and had fun.”

As a fourth grader, Fallidas was born after the September 11 attacks and does not know what happened then. Keppen had a much different experience. His life changed that day. He was a student at Marquette University and a member of the Naval ROTC knowing he was committed to a military career on graduation.

“When I saw the second plane hit I knew we were under attack,” said Keppen, then 20. “We knew we were going to war but we didn’t know exactly what it would be. We were fighting terrorism not a country.”

Tyler Hansen, a Lake Forest High School freshman and a Lake Bluff resident, was also born after the attacks but he knew what both Saturday’s celebration of patriotism and Sunday’s remembrance are about.

Hansen was part of the Boy Scout group which set up a tent and Dutch ovens give people a sense of camping out and do some recruiting.

“I wasn’t born but I’ve seen the clips on TV,” said Hansen. “I feel something for the 3,000 who died and the people who protect us.” 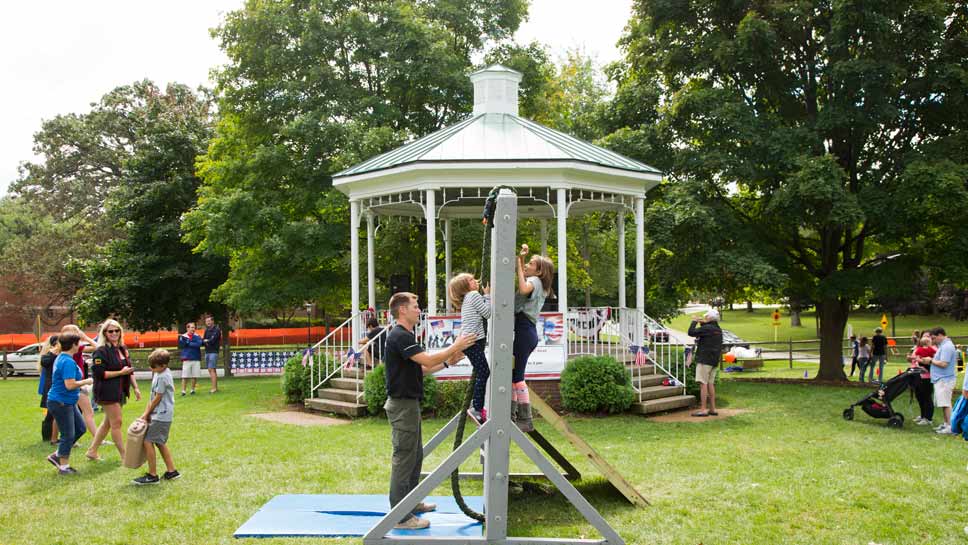 The day was also about remembering firefighters and police officers who lost their lives trying to save those trapped in the doomed World Trade Center towers, according to Lake Bluff resident Ann Rieder.

“We’ll honor our country and the people who work to protect us each day,” said Rieder.

Rieder was there with her husband, Ryan Rieder, a member of the Lake Bluff Volunteer Fire Department, and Andrea Ciccolini, an Italian now in Lake Bluff who was living in the shadow of a United States Naval base in Sardinia when the attack occurred.

“We saw ships and submarines moving and knew something was up,” said Ciccolini. “This is a time to stop and reflect on the meaning of what people do to protect us.” 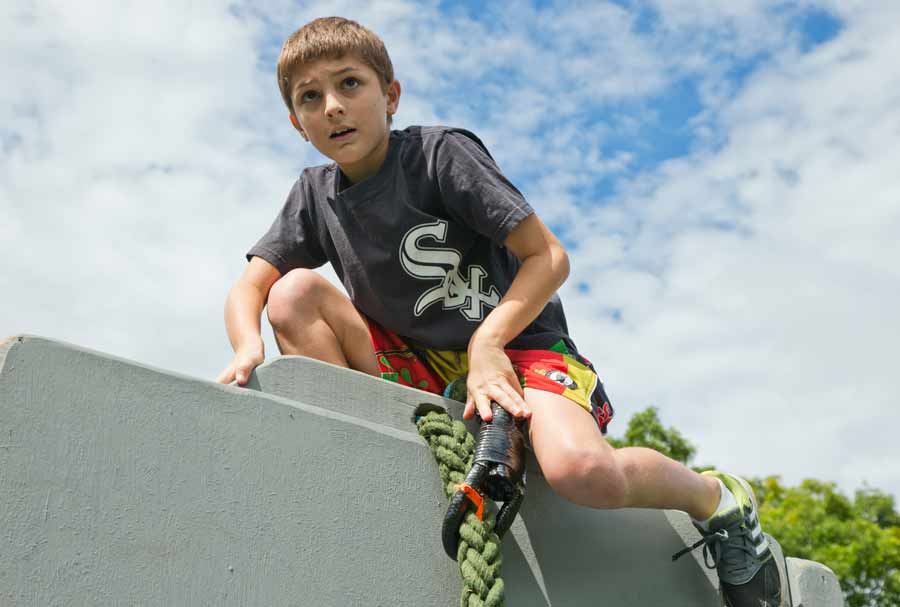 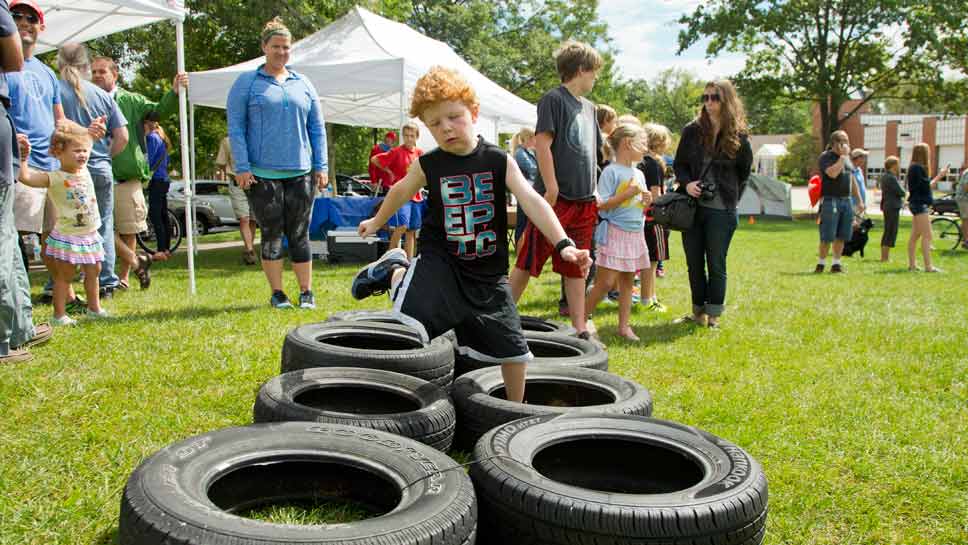 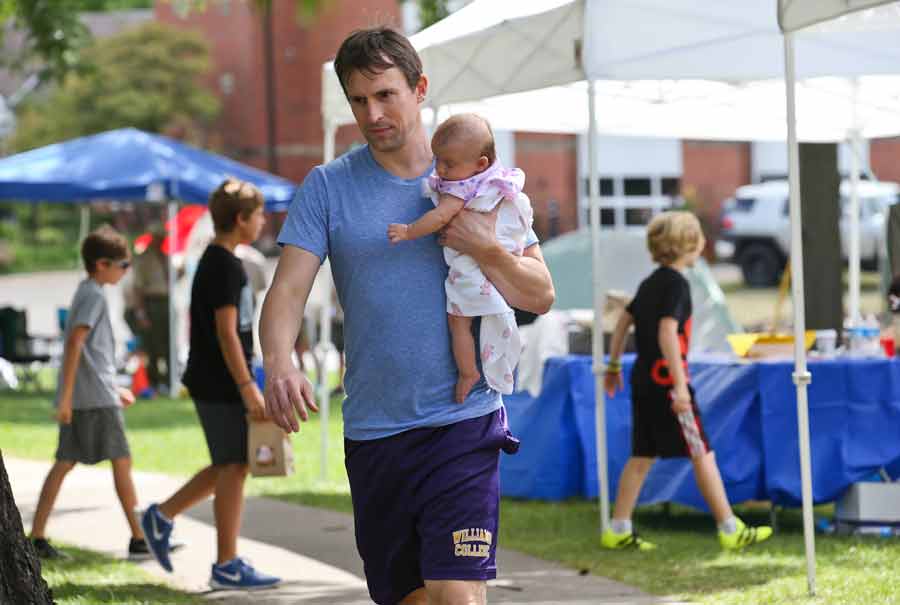 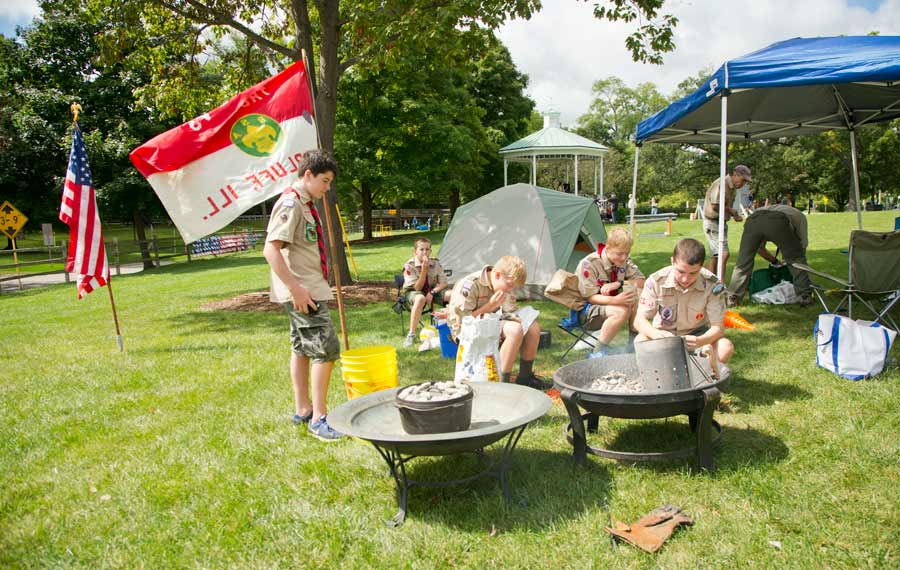