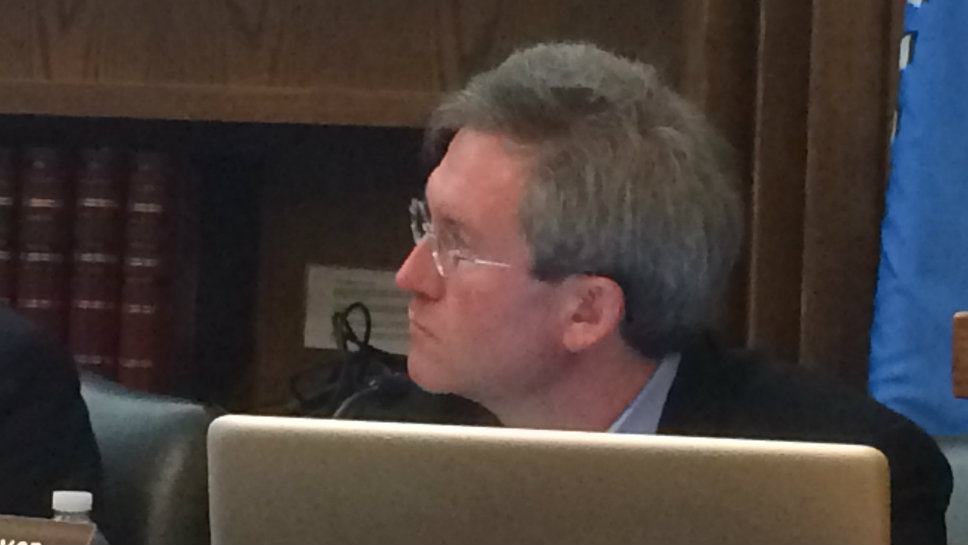 LAKE BLUFF — Block 3 of the village’s central business district will not have a three-story building. The Village Board of Trustees unanimously amended a request for a planned mixed use development on the block bounded by Scranton, Oak, North and Evanston Avenues on September 12 at Village Hall, limiting any structure to two stories in height.

The board granted The Roanoke Group its PMD, but nixed its plans to build a three-story, 16-unit condominium project on the land formerly occupied by PNC Bank.

Though Peter Kyte, a Roanoke principal, can draw new plans for a project that fits the new zoning requirements imposed by the board, he said in a DailyNorthShore.com telephone interview after the meeting that he was not moving forward. Kyte was unaware of the vote when he talked to DNS.

The PMD was initially approved on its first reading August 22 without a height limit, which would have allowed Roanoke to continue planning its three-story project despite opposition by a vocal group of neighbors. The process has lasted more than seven months since a proposal preceding Roanoke’s was made.

Before the board could vote on the PMD, Trustee William Meyer proposed the amendment imposing the height limit, citing the groundswell of opposition from residents.

“I have been listening to the community and your voices have been heard. People are being asked to give up rights like the right to light and getting nothing in return. To do this seems unfair and it is unfair,” said Meyer. “There will be no three on three,” he added quoting the message on signs throughout downtown Lake Bluff protesting the proposed development.

Trustees Eric Grenier and Stephen Christensen said it was important for the process of public hearings by the Plan Commission Zoning Board of Appeals and the Architectural Board of Review to play out.

“It’s important to have a tool for process,” said Christensen. “The process has played itself out and there is no reason to wait any longer for the (height) limit.”

Peter Friedman, the village attorney, said the wording in the ordinance would limit the height to both two stories and 30 feet.

Mark Stolzenburg, a resident who lives on North Avenue near Block 3 and has been an active opponent of the development, said he had no inkling the height limit would be imposed.

“This literally hit me out of the blue,” said Stolzenburg in a DNS interview after the meeting. “I’m glad they listened to us and understood the taxpayer criticism.”

Several residents who have been expressing displeasure with the proposed development thanked the board before it voted, as several trustees had expressed support for the height limit.

Roanoke’s proposal was the second three-story condo plan for Block 3. The first developer, Upper Cross Development, LLC, made its pitch in February but pulled out quickly. Roanoke tried to remedy the criticism of the Upper Cross ideas but the criticism by residents remained. 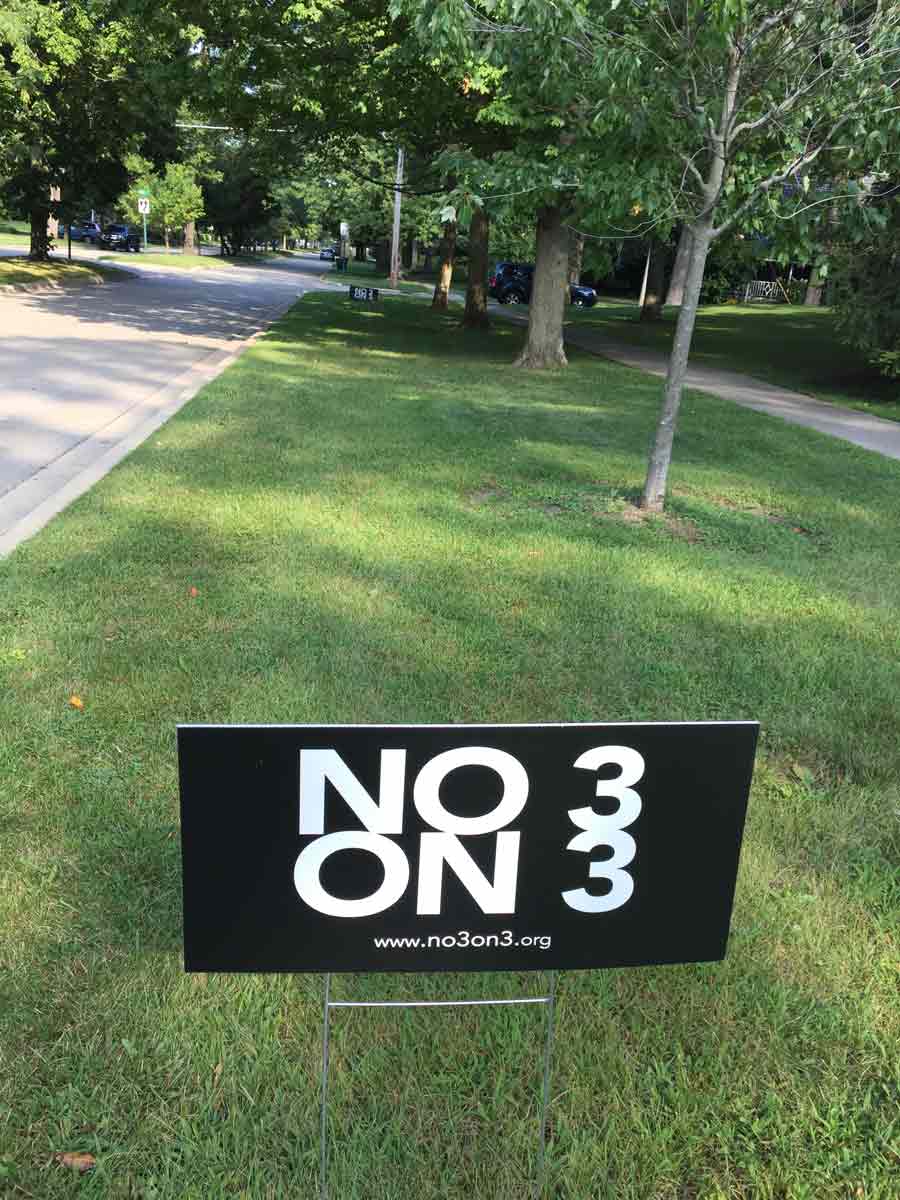 Signs for “No 3 on 3” indicate the homeowners oppose three-story development on the village’s downtown area known as Block 3. They began appearing on Lake Bluff front lawns in late August.