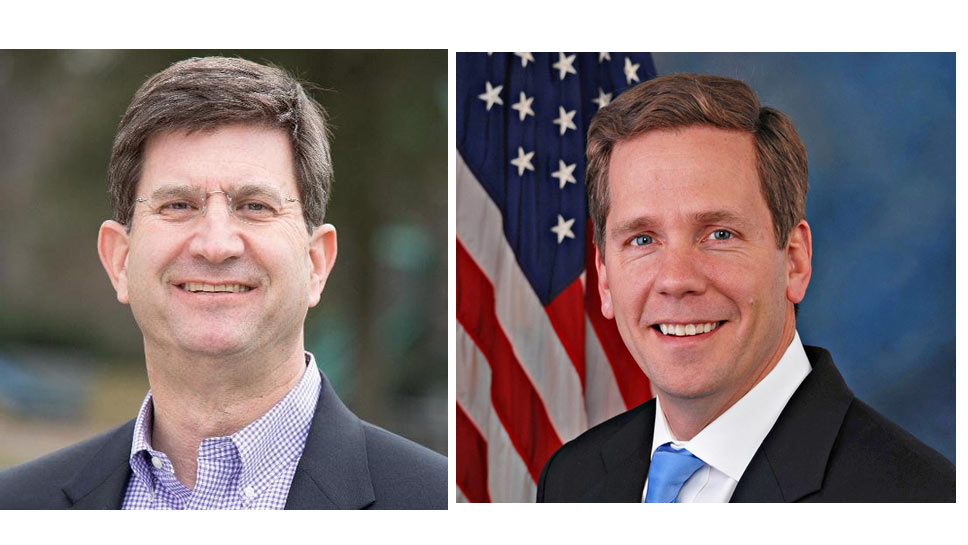 Voters who want to watch former Rep. Brad Schneider (D-Deerfield) and Rep. Robert Dold (R-Kenilworth) discuss issues with each other in person will get more opportunities than they had when the two opposed each other in 2012 and 2014.

Dold and Schneider will square off nine times in public forums or debates in the 10th Congressional between September 24 and October 25, giving voters a chance to get a close look before casting their vote in the November 8 general election.

Watching a contest that forces the candidates to confront each other on a wide range of issues nearby may be more difficult. Of the eight, four take place on the North Shore, a pair are on specific issues and the other two four days apart will have Schneider and Dold answering the same questions posed by a moderator.

The Glenbrook debate, organized by the advanced placement American government classes, event may give voters the best opportunity to contrast the candidates, according to David Kane, one of the teachers putting the event together.

Kane said he hoped more than 90 students will be involved developing questions and playing some kind of role. There will also be questions from the general audience written on index cards for screening. He said the debate will be moderated by Tara Tate, one of the American government teachers who also coaches the debate team.

GBS Students Get to Meet Candidates

Kane said Tate’s job will be giving each candidate sufficient time for rebuttal and surrebuttal in the event of an attack or an unanswered question. He also said the students will get an opportunity to question the candidates in advance of the debate.

“The candidates to the classrooms beforehand,” said Kane indicating it will be well in the weeks preceding the debate. “They will have an opportunity for a lively discussion.”

In the Lake Forest forum, Cain said questions will also come from the audience via file cards. Should one of the candidates not directly answer the question asked, she said the moderator will not request an answer.

The first time Schneider and Dold will appear on stage together on the North Shore will be at 3 p.m. September 25 at Congregation B’nai Jehosua Beth Elohim in Deerfield in the North Shore Jewish community campaign forum.

Scott Schreiber, the forum chairman, said the issues will be ones of importance to the Jewish community. Each candidate will be given three questions in advance. Two must be answered. They can pick from a list to select the third.

The fourth North Shore forum takes place at 5 p.m. October 14 at the Techny Towers Conference and Retreat Center in Northbrook, focusing primarily on mental health issues. It is sponsored by National Alliance on Mental Illness Cook County North Suburban and Mental Health America-North Shore, according to Susan Ockerlund who is helping to organize it.

The four live events in the district but outside the North Shore are:

Dold has accepted six other joint appearance invitations, according to campaign spokesperson Danielle Hagen. Steven Kirsch, a spokesperson for the Schneider campaign said Schneider has declined four and is trying to arrange different times for the other two.

This is the third consecutive contest between Dold and Schneider. Dold was first elected in 2010 defeating Dan Deals. Schneider ousted Dold in 2012 and Dold regained the seat two years ago. All three elections were close.

In 2012, the candidates held only one debate open to the public. It was in Lake Forest sponsored by some of the same leagues as this time, according to Cain. Their other meetings were on television as were all of them two years ago. There will be two television debates this year. One will be October 24 on Channel 7 and the other November 1 on Channel 11.

Schneider initially agreed to debate Dold in a league sponsored event in 2014 but withdrew, according to Cain saying in an email to the league one of the television events was league sanctioned.

“We were disappointed he did not choose to be in the league forum,” said Cain.

The 10th District goes from Glencoe on the south up to the state line and west into a number of north and northwest suburbs. In the DailyNorthShore.Com coverage area it includes all of Lake Forest, Lake Bluff, Highwood, Highland Park, Glencoe and Deerfield as well as parts of Northbrook and Glenview.