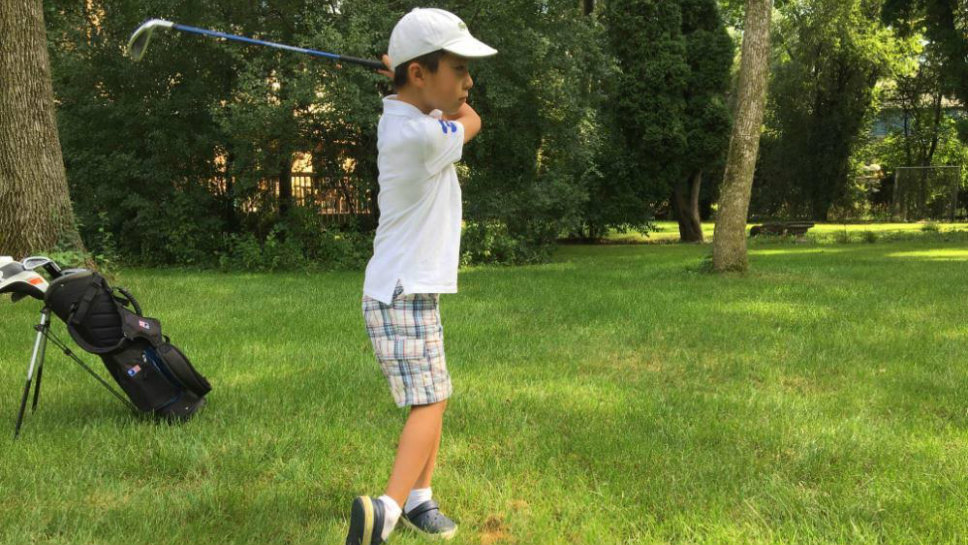 Connor Tzau works on his golf game in the backyard. Photo courtesy of David Tzau.

Teenagers do not normally worry about heart disease. Some do.

For youngsters Connor Tzau, 8, of Lake Forest, and Abby Hack, 17, of Chicago, living with a pacemaker and adjusting to its necessity is a major part of their lives.

Connor, Abby and more than 75 others will gather with friends and families for the fourth annual Heart to Heart Day sponsored by Chicagoland Cardiac Connections from 9 a.m. to 1:45 p.m. on September 18 at the Ann and Robert H. Lurie Children’s Hospital in Chicago.

“It helps the kids to show them they are not alone out there,” said Janice Hack of Chicago, Abby’s mother and the executive director of the Lake Forest-Lake Bluff Historical Society. “The younger ones look up to the older ones.”

The youngsters have learned to live with pacemakers or implantable cardioverter defibrillators either from birth like Tzau or from the time they learned from a cardiologist they needed one, like Abby, according to David Tzau of Lake Forest. He and Janice Hack are two of the event’s organizers.

The Heart to Heart event is designed to support both the youngsters and their families, according to David Tzau. He said nearly 300 people will attend with children’s games, music, magicians, face painting and most of all an opportunity to network with people like themselves.

Some of the time networking happens serendipitously, like when Abby was 16 and babysitting for a 12-year old girl. The younger child noticed a scar on her sitter’s shoulder.

“She asked me why I had a scar on my shoulder,” said Abby. “I told her it was because I had a pacemaker. She said she had one too. It made her comfortable talking about it. She was able to open up to me.”

Abby said she knew she had a heart condition from her earliest memories—Janice Hack said it surfaced when Abby was 2—but did not learn she needed a pacemaker until she was 14. Janice Hack said her daughter was having severe chest pains and the doctor diagnosed the pacemaker.

An athlete, Abby swims for Northside College Preparatory High School in Chicago but no longer plays soccer. She did both before she got the pacemaker.

“I’m cleared by my cardiologist to play (soccer) but I would have to jump through too many hoops for the school and I decided not to do it anymore,” said Abby.

Since Abby was already in her swimming season for Northside, she said there were no hoops. She also said though she is more careful in the water, her times have improved because the pacemaker has regulated her heart rate to normal levels.

Connor Tzau, now an Everett Elementary School third grader, got his pacemaker shortly after he was born, according to David Tzau. Though David Tzau said he had a range of emotions when he learned of his son’s condition, he has learned to help him adjust.

“We focus on what he can do, not what he can’t do,” said David Tzau. “I tell him he’s special. He’s more self assured. He understands why he can’t play football. He’s a kid and should have fun.”

Though Connor will not be a football player he is learning to play golf and enjoying it, according to his father.

As a high school senior, Abby is deep in her college search. She said she is looking at a number of schools and narrowing her choices. She said she wants to leave the Chicago area. Janice Hack said she and Brad Hack, her husband and Abby’s father, are preparing their daughter to be a self advocate.

“My parents insist when we go to the doctor that I’m really involved with everything,” said Abby. “If I think of an issue I ask the doctor about it. I can’t sit there with my guardian and let them be a conduit. I have to do it for myself.”

Janice Hack said the event September 18 is free but recommends registration on the organization’s website. 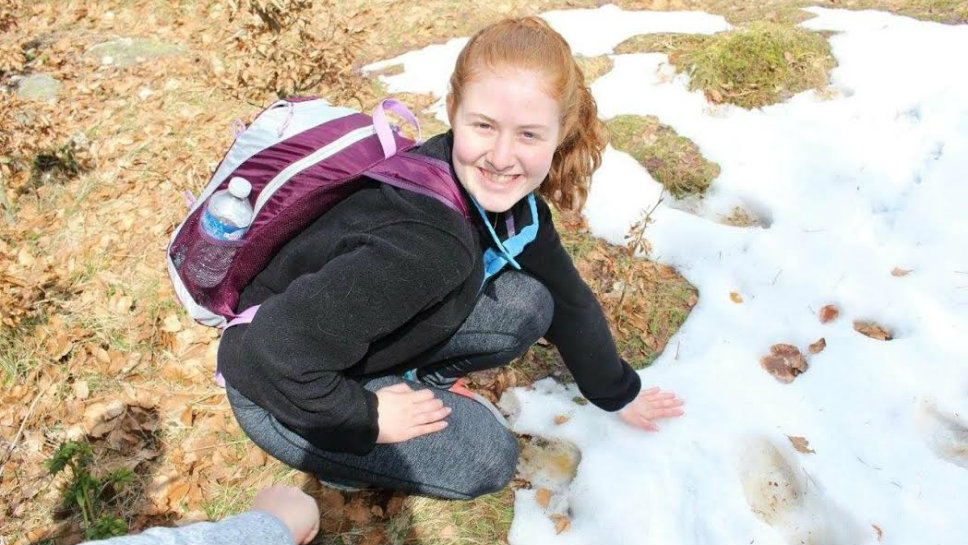