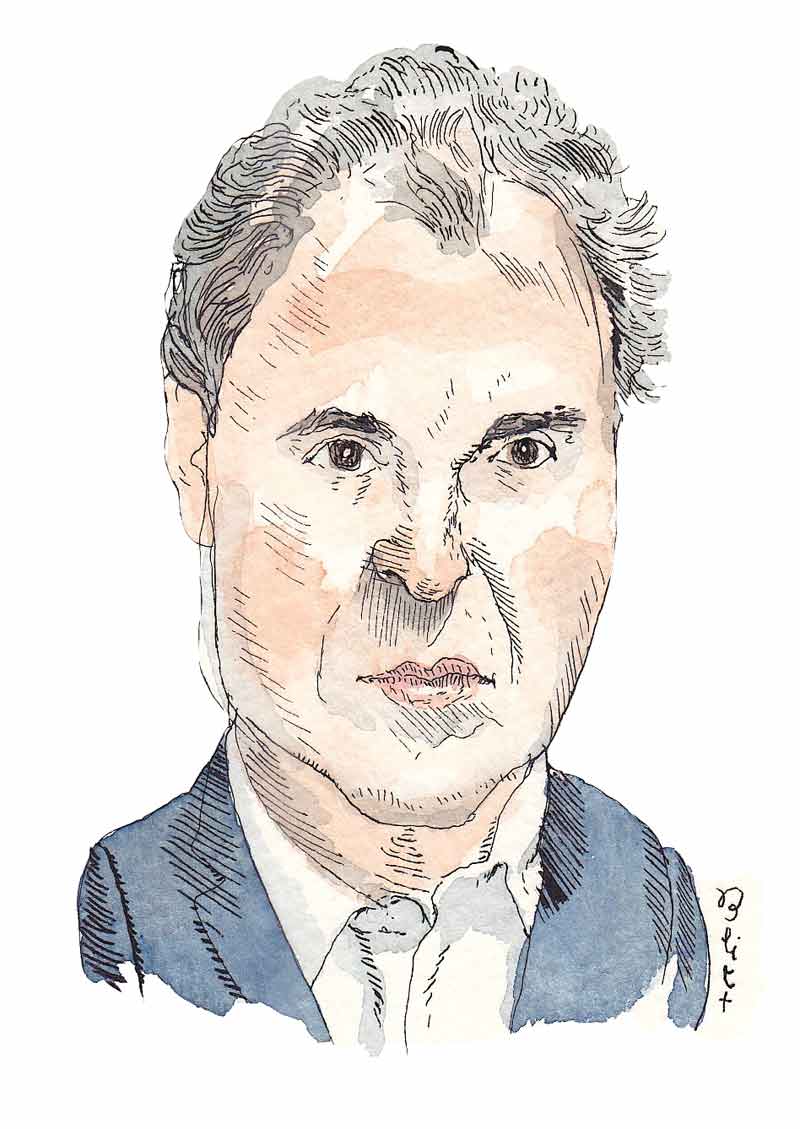 Soon after being cut from the seventh-grade basketball team, David Friend was pulled aside by the Northwood Junior High principal and the Highland Park school’s basketball coach.

Nothing bad. They wanted to make him an offer: travel with the team and compose two-paragraph game stories for the local newspapers. Not only that, he’d earn $40 per piece.

“That’s how I got my start,” says Friend, whose career in journalism has been a slam dunk since then. After serving as Life magazine’s director of photography, Friend joined Vanity Fair as director of creative development in 1998. Along with Graydon Carter, he edited “Vanity Fair’s Hollywood,” published in 2000, along with “Oscar Night,” which appeared four years later.

“I do all the extra stuff,” explains Friend from his 4 Times Square office, such as creating television specials and overseeing one-shot Vanity Fair issues that appear only on newsstands.

He also oversaw one of the magazine’s most important investigative pieces ever. In 2005, after decades of speculation, Vanity Fair revealed the name of Deep Throat, the crucial source for Bob Woodward and Carl Bernstein of The Washington Post, whose information about White House malfeasance helped bring down President Richard Nixon. It was W. Mark Felt, No. 2 man at the FBI back then.

Just like Woodward and Bernstein (and Post editor Ben Bradlee) who kept the name a secret, so did Friend.

“For two years during the investigation, only three people knew who it was — myself, (Vanity Fair editor) Graydon Carter and our legal affairs editor,” says Friend, who adds he had no trouble keeping the secret. “We were originally approached by an attorney friend of Felt’s — he was getting older, and his family wanted him to get some accolades from all those years ago.”

Positive publicity abounded for Vanity Fair after the revelation. But another venture Friend worked on didn’t turn out as smoothly. Having launched the Life Web site in the mid-1990s, he was asked to do the same for Vanity Fair in 2004.

“It was very rudimentary. There were six people sitting around a dinner table. You click on Dominick Dunne, and you get a story,” Friend recalls. “I didn’t know what I was doing. I was too old — we needed a younger person.”

When he was younger at Highland Park High School, Friend co-edited The Subway Wall, an alternative newspaper whose previous editors had been brought to court on obscenity charges. A running comic strip made fun of administration officials, and the paper defended a teacher who was being pushed out. In an era when Burt Reynolds posed nude for Cosmopolitan magazine, Friend and his co-editor decided to feature the Giants’ star football player naked (except for a beret on his head) over two pages.

But what got him called into the principal’s office was the headline “Hallway Policy Sucks.”

“He said I would have been off the paper if only one consonant had been changed,” Friend says. “I told him then the word wouldn’t be a verb. We were on thin ice.”

After graduating from Amherst College in 1977, where he served as editor of the literary magazine, he moved to New York City. He started writing jokes for National Lampoon at $25 a pop — even less pay than his seventh-grade offerings.

“I went there to be a starving novelist, but I couldn’t afford the rent after six months,” Friend says.

Fortunately, Life magazine was starting up again as a monthly after a hiatus. He landed a job as a reporter before becoming director of photography.

“I would travel around the world with great photographers. That’s what you did in those days — not so much now,” Friend says. “Today, a picture story (in print) is an anachronism. We see sequences of images online.”

His interest in photography prompted his work, “Watching the World Change: The Stories Behind the Images of 9/11,” published in 2006. His final chapter, entitled “The Flag” — a picture where three firefighters hoist Old Glory among the World Trade Center ruins — is also the name of a 90-minute CNN documentary on which he worked.

“What does that picture convey to us?” Friend asks. “In a day of so many pictures, that was the only one that was positive in any way.”

In October 2013, “Vanity Fair 100 Years: From the Jazz Age to Our Age” will come out. The 456-page book, which weighs in beyond eight pounds, was spearheaded by Carter, the tome’s editor, with assistance from Friend.

Speaking of flavor, when he’s in town, Friend prefers Sunday breakfast at The Country Kitchen in Highland Park, where he orders a big salad or the bagel plate. Like many displaced North Shore residents, Friend remains a Chicago sports fan, despite being heartbroken by the Cubs in 1969 when he attended 30 games and wore his Bleacher Bums yellow construction hat (“I don’t know what happened to that”). In fact, a World Series championship Cubs team is part of his bucket list, along with a trip to Yemen and a home with a library on the lake.

Vanity Fair wasn’t on that list when Friend was introduced to journalism about 45 years ago — after all, the magazine wasn’t resuscitated from its Depression-era shutdown until 1983. But when Friend thinks about working there, he considers himself lucky.

“You can cover the waterfront here — news, history and more,” he says. “It makes coming to work exciting.”