Lake Forest improved to 2-0 on the season by downing visiting Niles North 29-26 in overtime on Sept. 2. Photographer Joel Lerner captured the action. 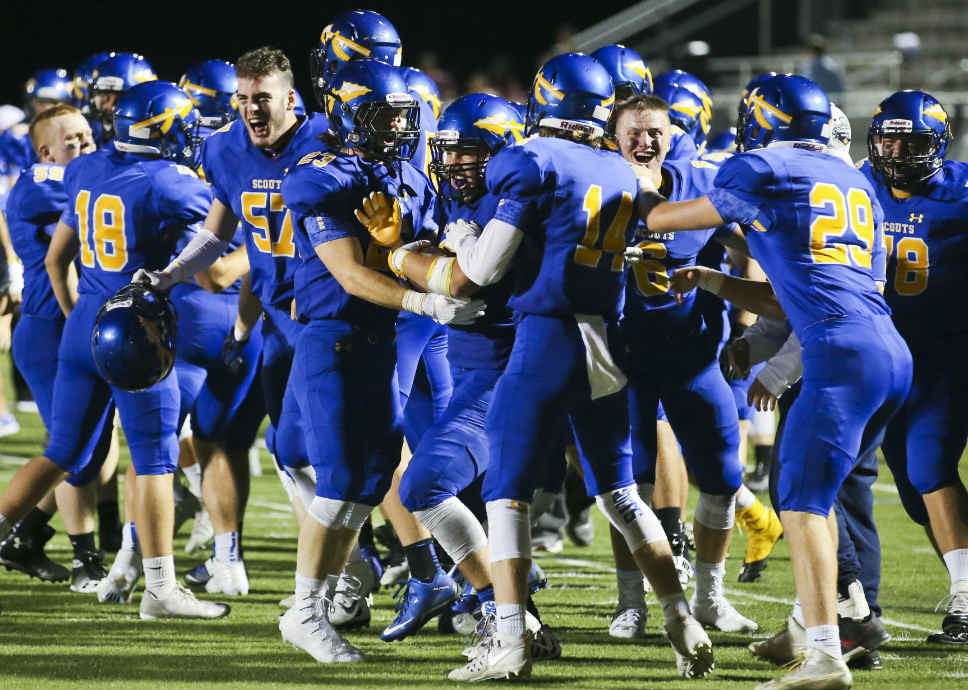 The Scouts celebrate their overtime win over Niles North. 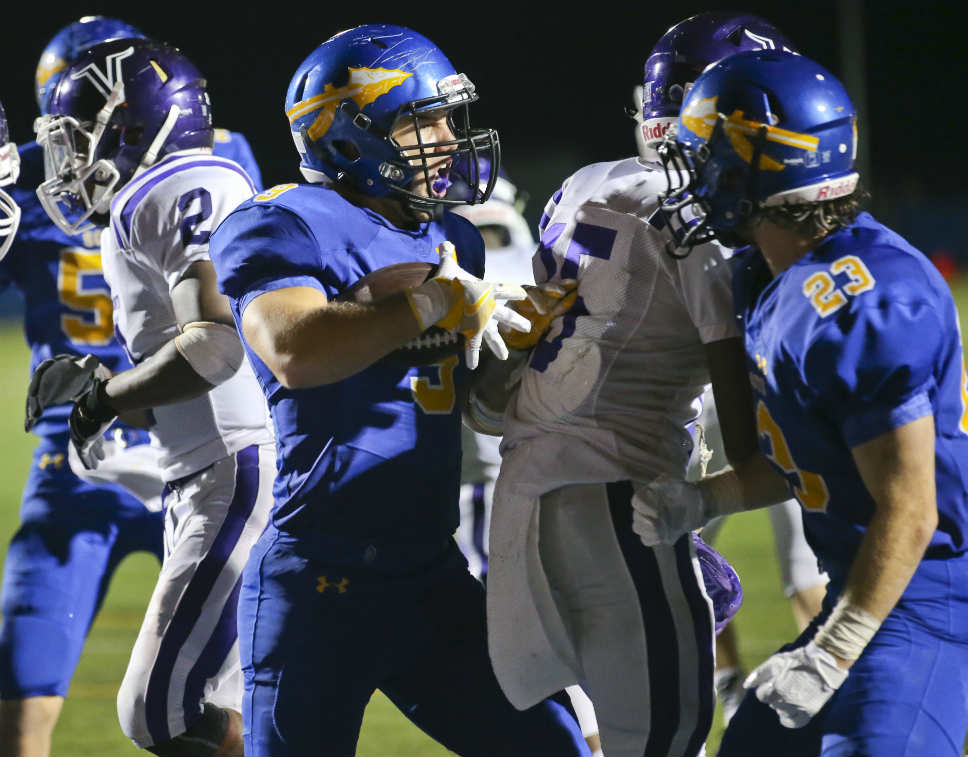 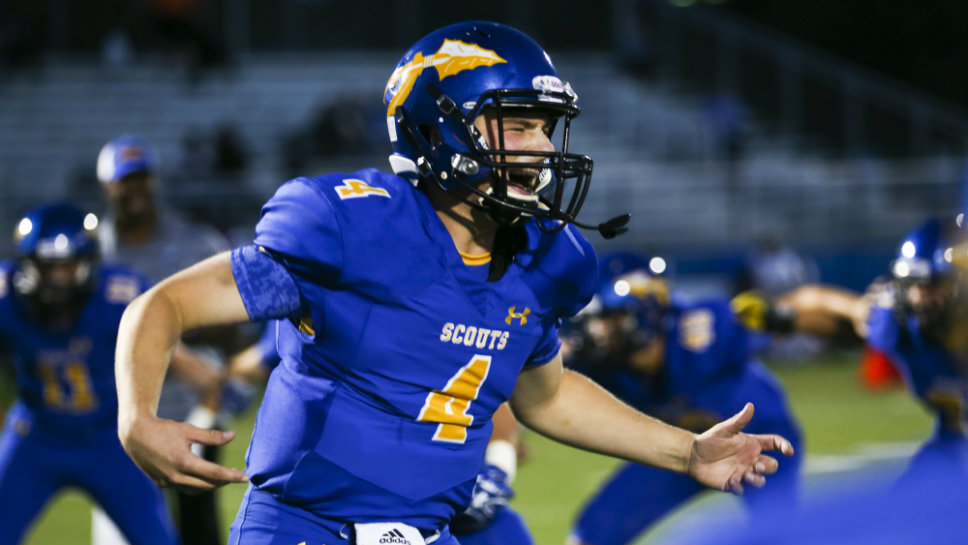 Quarterback Charlie Reinkemeyer gets pumped prior to the overtime period. 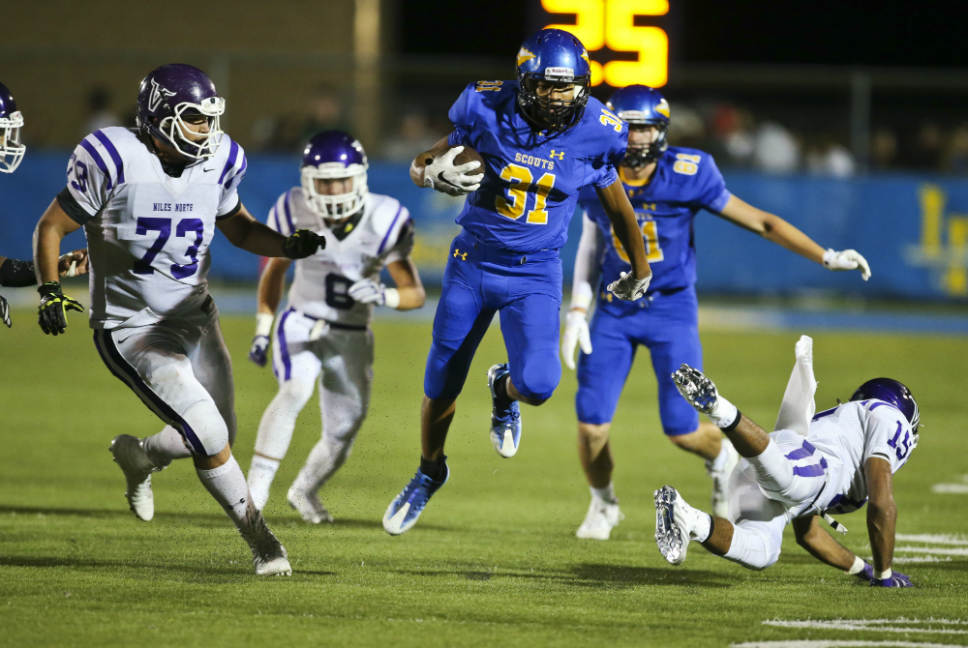 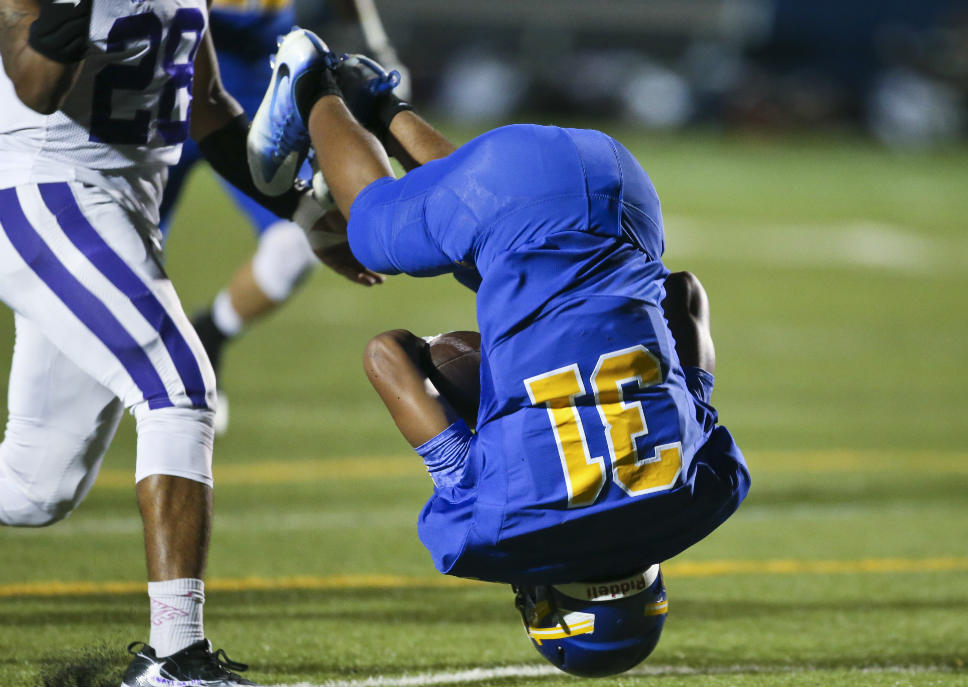 Evan Swint sees the world upside down after carrying the ball. He finished the game with 99 yards of rushing. 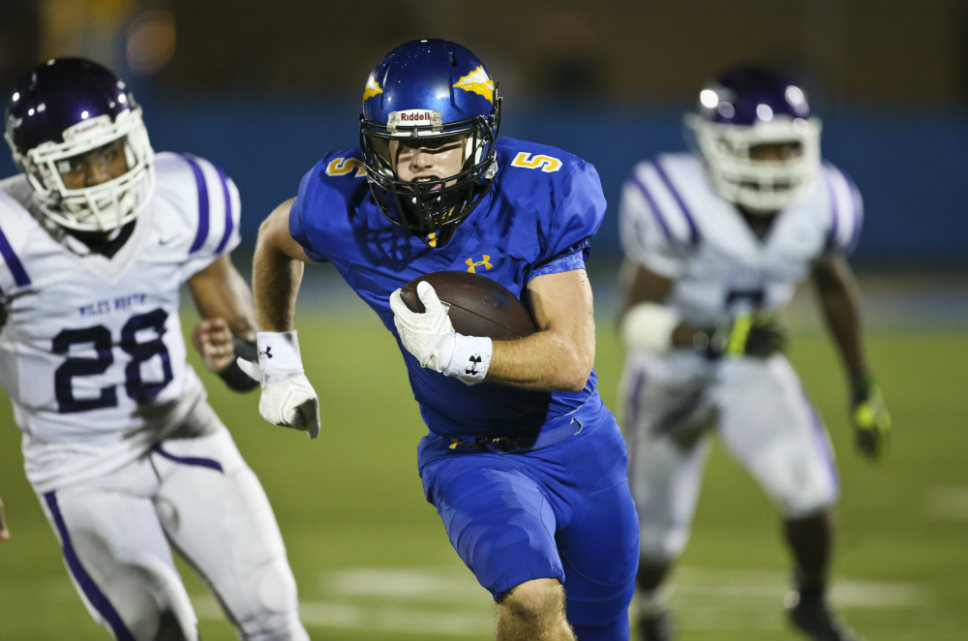 Liam Pooler breaks free on one of his long runs. He returned a kick 63 yards in the fourth quarter. 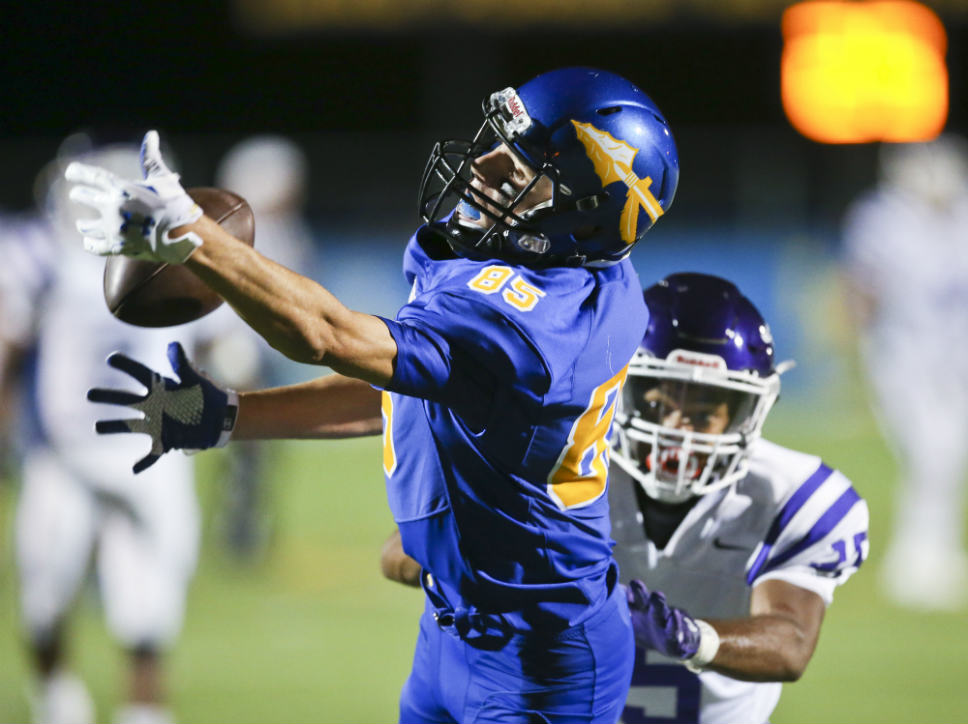 Ryan Cekay made three catches for 58 yards, including a 29-yard TD grab. 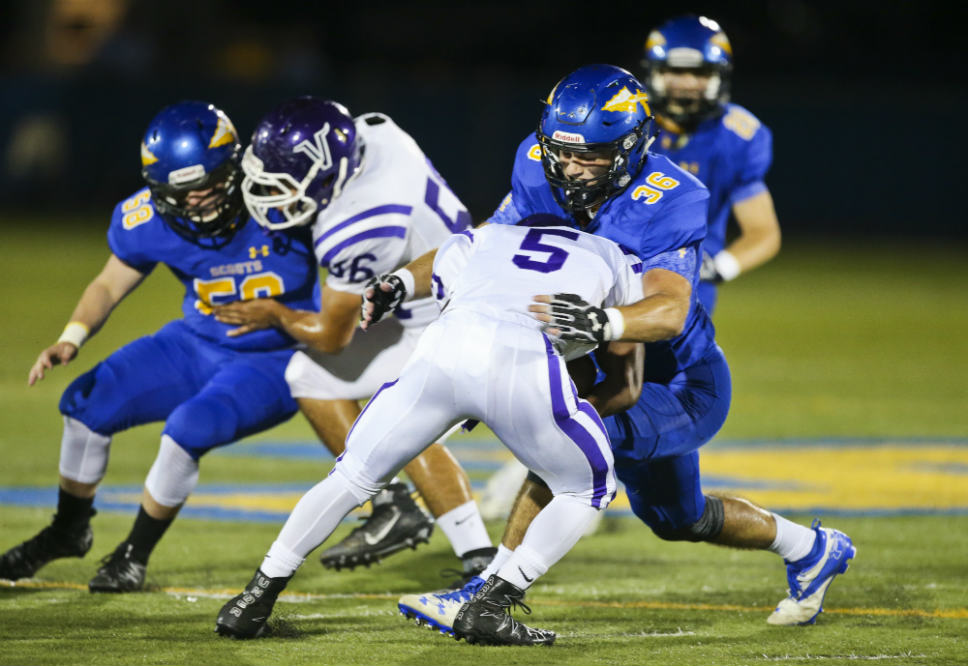 Linebacker John Deering makes a stop. He had seven tackles, including a sack to tackles-for-loss. 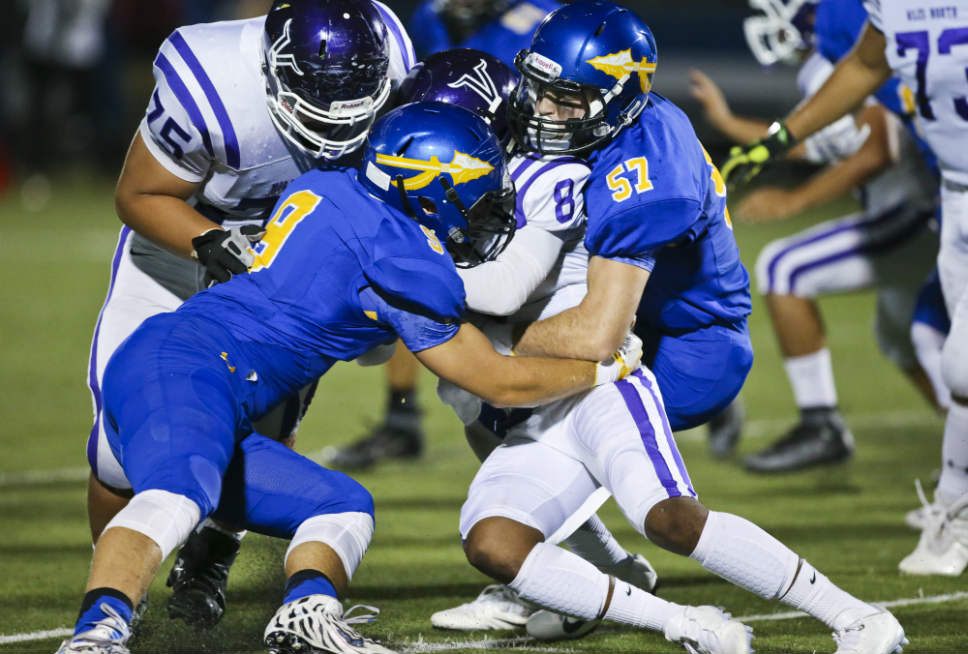 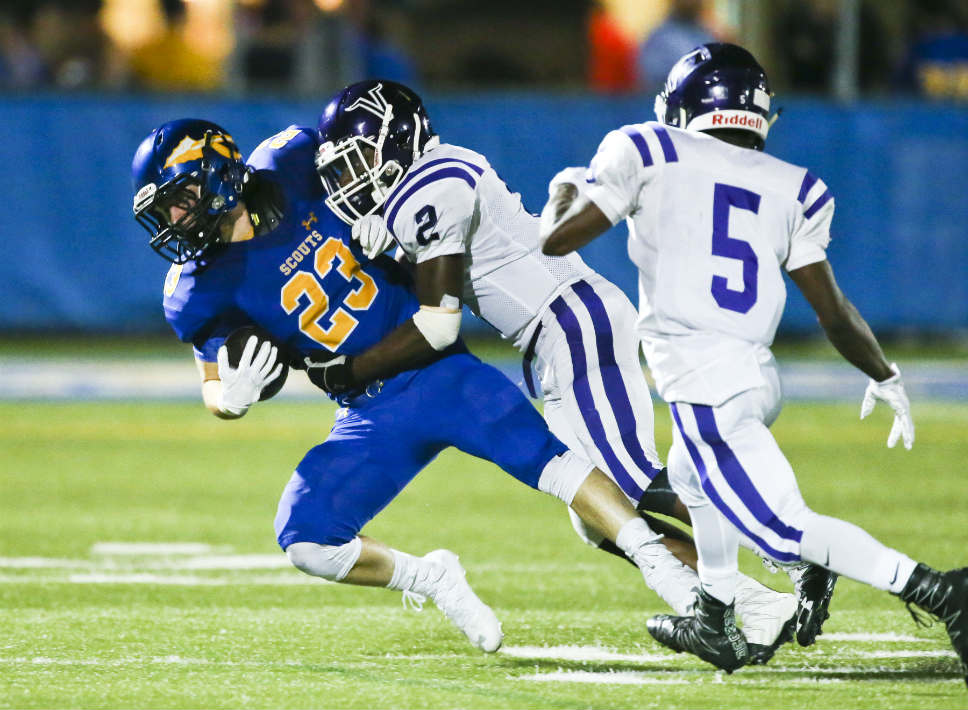 Ryan Gattari (No. 23) tries to fight off a defender after making a catch. 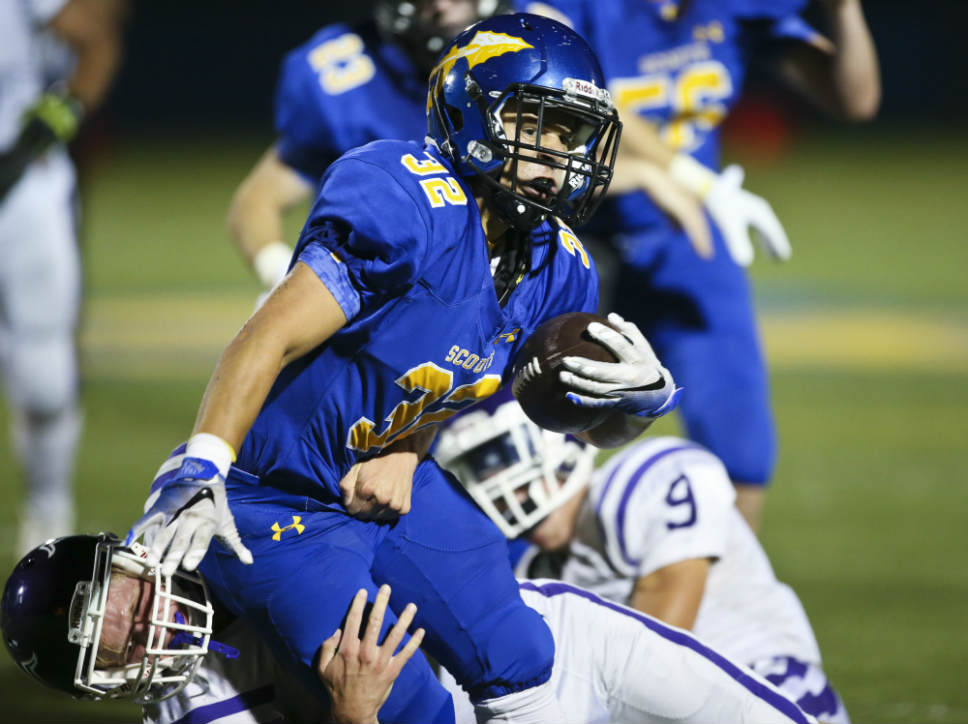 Andrew Athenson drives for yards. He finished the game with 29 yards on four carries. 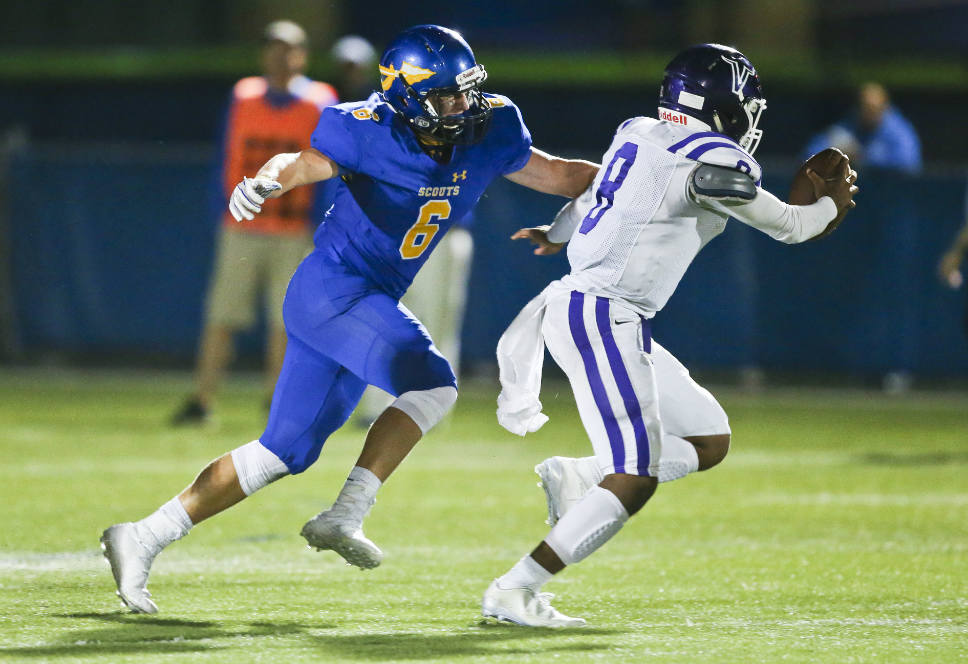 Bryan Ooms (No. 6) tracks down Niles North quarterback Andrew Francis. He had two sacks in the game.